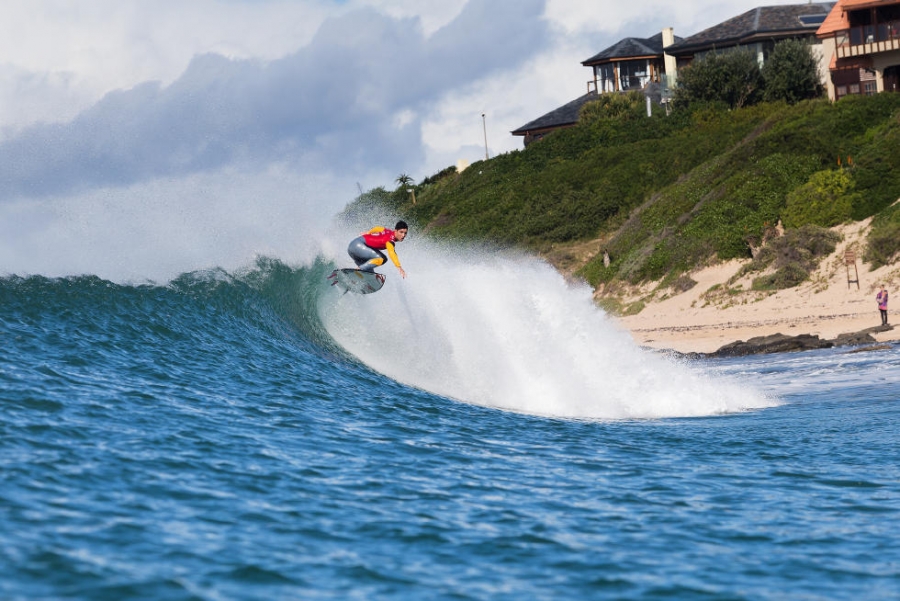 The remaining heats of Round 3 at the J-Bay Open belonged to the members of the Brazilian Storm.

Rookie Wiggolly Dantas (BRA) was the first to step up: He faced two-time J-Bay champ Joel Parkinson (AUS) in Heat 5. While Parko earned the highest heat total of the event during Round 2, a combination of spotty sets and Dantas' excellent-range score spelled doom for the Tour veteran, eliminating him from the contest.

The final heat of Round 3 featured two Brazilians -- World No. 2 Filipe Toledo took on Alejo Muniz -- continuing the charge of the Storm but with a new face added to the mix. Despite early heroics from Toledo, who went to the air multiple times for excellent-range scores, Muniz hacked up a larger set-wave for a 9.80, the highest single-wave score for the event so far. Competing in his fourth consecutive CT event this season, this time in place of Jeremy Flores (FRA) who was injured during a recent freesurf in Indo, Muniz has a chance to overtake a number of elite Tour surfers in the overall rankings.

After the eliminations of Taj Burrow (AUS) in Round 2 and Owen Wright (AUS) and Toledo in Round 3, there are only two surfers left to challenge De Souza for the No. 1 spot on the Jeep Leaderboard: Defending J-Bay champion Mick Fanning (AUS) can steal the yellow jersey if he makes the Final. Julian Wilson (AUS), meanwhile, can move into the No. 1 spot if he wins the event.