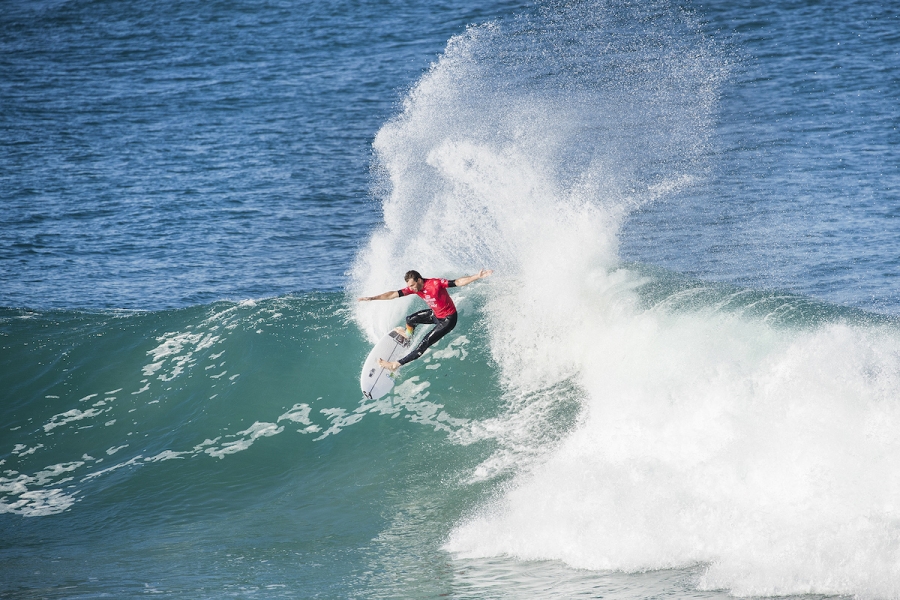 The world's best surfers have been breaking performance barriers over the past several days with a flawless swell gracing South Africa's Jeffreys Bay for the Corona J-Bay Open, Stop No. 6 of 11 on the 2017 World Surf League (WSL) Championship Tour. Competition ran through the remaining heats of Round 4 followed by Round 5 and the first two Quarterfinal heats in beautiful six-to-eight foot surf at Jeffreys Bay.

Following another morning of electrifying surfing from the world's best, this afternoon's competition was placed on hold when event organizers and safety teams began tracking a 3 metre Great White Shark swimming into the competition lineup during the Quarterfinal heat between Gabriel Medina (BRA) and Mick Fanning (AUS). Fanning, a 3X WSL Champion, famously encountered an aggressive Great White during the opening minutes of the 2015 Final at Jeffreys Bay, the dramatic live broadcast vision of the encounter quickly becoming the biggest story on the planet.

Response and Safety Teams placed the athletes onto boats and monitored the shark as it exited the lineup. After discussion with the Commissioner's Office and the athletes, competition resumed with Medina besting Fanning and advancing to the Semifinals.

“I’m really glad they got us out of the water but I felt really safe out there with the skis, the drones and the plane so it was an easy decision to paddle out,” said Fanning. “We had a slow start to the heat and I made a few mistakes but Gabe (Medina) is just surfing so well at the moment so it was a tough heat. It’s been such an incredible contest though. I think we’ve seen some of the best surfing to see how many 10-point rides have gone down. What else could happen here?”

Frederico Morais (PRT) upset the reigning WSL Champion John John Florence (HAW) again today in the Quarterfinals and eliminated him in equal 5th place. Florence put the pressure on early with two big nine-point rides. The rookie rose to the challenge and selected a beautiful wave to score 9.77 but Florence answered back and improved his situation with a 9.10. With three minutes on the clock and first priority, Morais let go of all the pressure, found a perfect looking set wave and was rewarded with a Perfect 10-point ride, his first on the CT and the eighth of the event, to send home the World Champion. Morais will advance on the Semifinals for the first time this season where he will face Medina.

“The waves are so much fun out there,” Morais said. “We had a little adventure out there with the shark at the beginning but everything was great and we’re safe and taken care of. Every time I surf against John (Florence) we have some really close heats and some really tough match-ups. He had me on the ropes until the last minute but I had priority and I used it well. I love a good challenge and this heat was a big, big challenge and I loved it and I’m into the Semis. Honestly I hate sharks, we don’t worry about that in Portugal so I’m not used to it, but we were safe so we surfed and it was fine. When you’re focused on the heat you forget all about that. It’s my first 10 point ride on the Championship Tour and on day like this and against John is emotional.”

Earlier in the day Fanning delivered a near-perfect 9.80 in Round 5 for a series of carves before he pulled into a wide open barrel on a beautiful set wave to end the run of 2017 WSL Rookie Joan Duru (FRA).

Florence previously dispatched current No. 3 on the Jeep Leaderboard Owen Wright (AUS), who was eliminated in 9th place, with another solid performance.

An in-form Jordy Smith (ZAF) opened the resurf of his Round 5 heat against Conner Coffin (USA) with an excellent 9.37 and quickly backed it up with his third Perfect 10 of the event. Two excellent scores from Coffin were not enough and his is eliminated in 9th place while the two-time event winner will advance on the Quarterfinals where he will face Toledo.

“I’m pretty stoked to get that one out the way,” said Smith. “Filipe (Toledo) surfed a great heat this morning and went absolutely mad. I tried my best but Filipe took to the air and did what he does best. You have to start fresh every day and it’s pumping out there so you just want to try and dominate.” 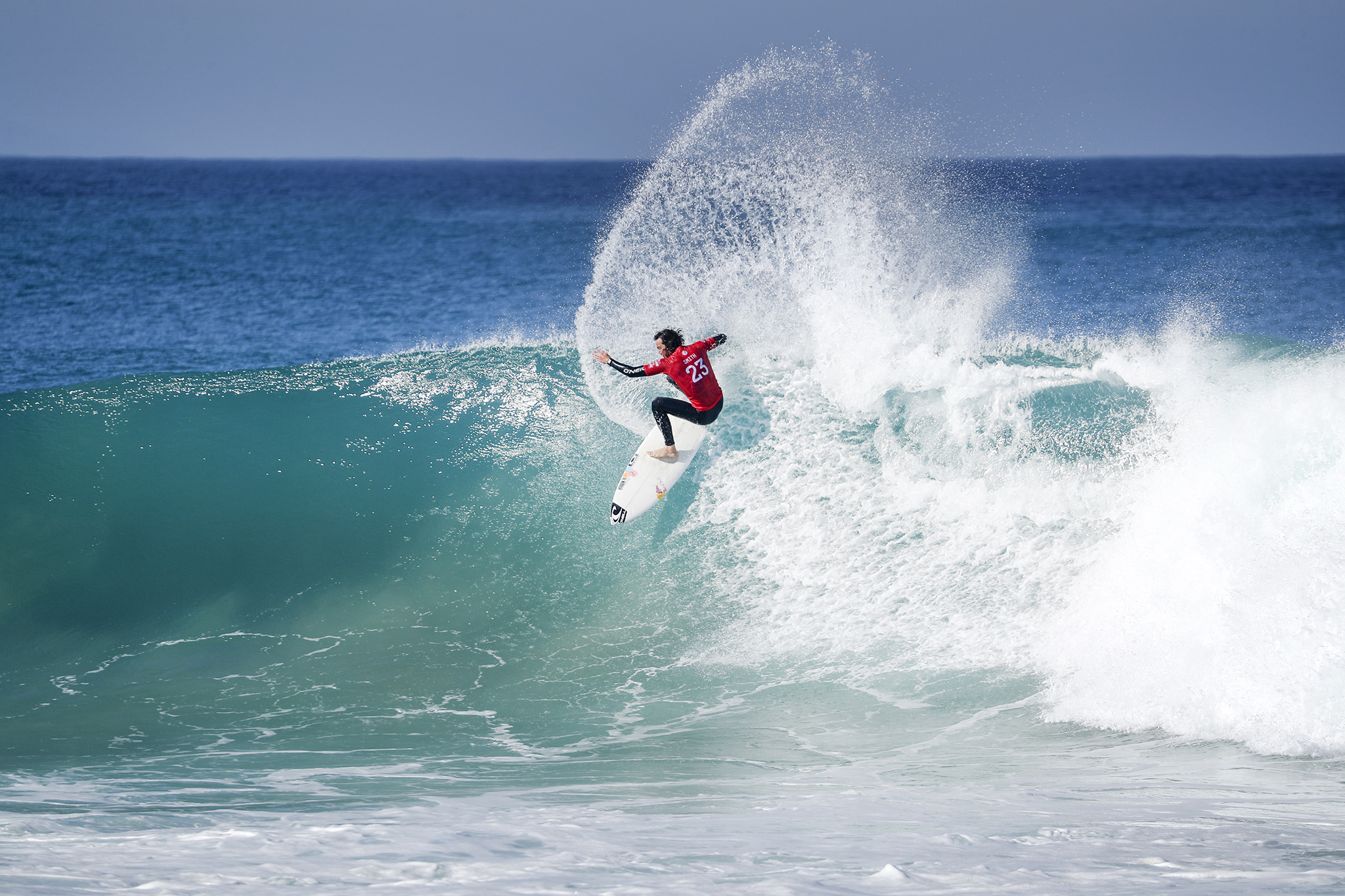 Caption: Jordy Smith (ZAF) earned his third Perfect 10 of the event in Round 5 today to secure his place in the Quarterfinals.
Credit: © WSL / Tostee

Round 4 saw a sensational aerial display from Filipe Toledo (BRA) who was rewarded with a Perfect 10 (his second of the event) and a win over Smith and Julian Wilson (AUS). Toledo advanced on to the Quarterfinals, skipping elimination Round 5.

“The wind is really good for airs right now,” Toledo said. “It’s really hard to surf when the wind is like this so I decided to go to the air and it worked really good. The waves are pumping today so it was really fun and I’m ready for the Quarterfinals.” 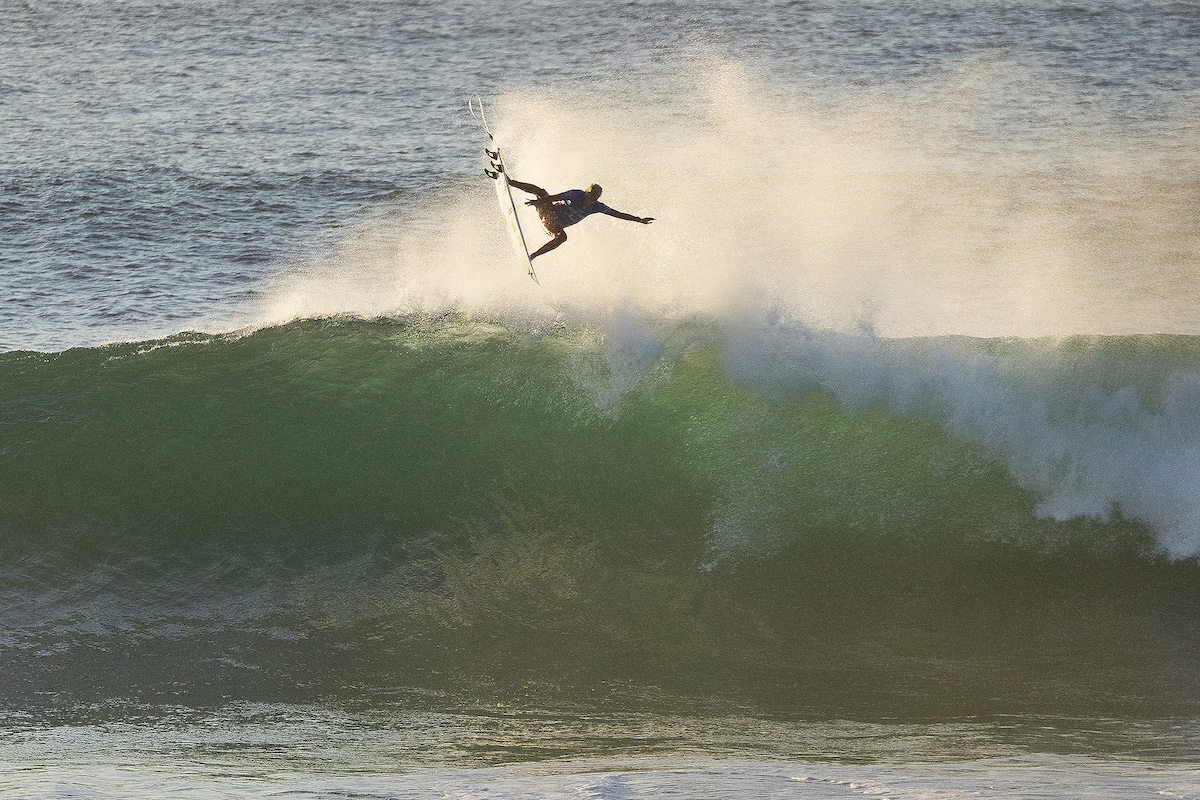 Caption: Another Perfect 10 for Filipe Toledo (BRA) sees him advance to the Quarterfinals of the Corona Open J-Bay.
Credit: © WSL / Cestari

World No. 1 Matt Wilkinson (AUS) also claimed his place in the Quarterfinals with two excellent scores, including a 9.43, to send Michel Bourez (PYF) and Coffin to Round 5 where they were both eliminated. Wilkinson will match-up against fellow Australian Wilson when competition resumes.

The contest was eventually called off after Quarterfinal 2 in declining surf and event organizers will reconvene tomorrow morning at 7:30 a.m. local time to assess conditions and make the next call. 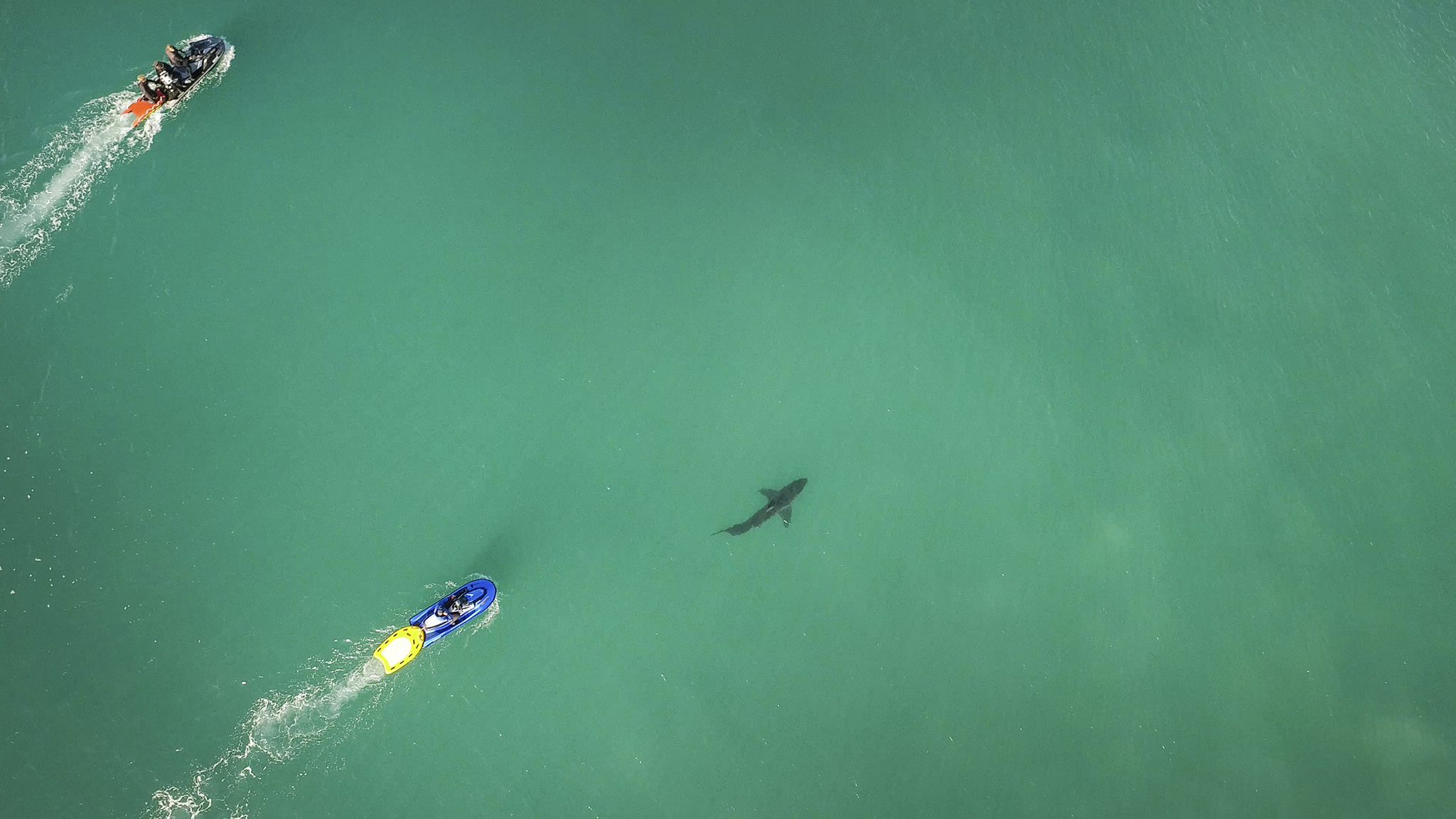