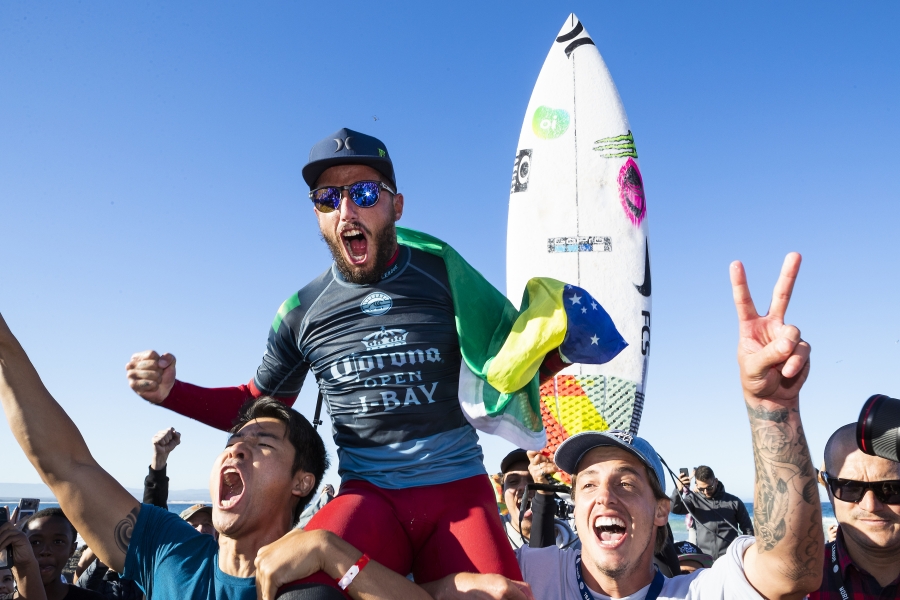 Toledo is now the number one of the Jeep leaderboard 2018

Today, Filipe Toledo (BRA) won the Men’s Corona Open J-Bay for the second year in a row. The Brasilian lit up four-to-six foot (1.3 - 2 metre) Supertubes at Jeffreys Bay to win the sixth stop the World Surf League (WSL) Championship Tour (CT) and vault to World No. 1 on the Jeep Leaderboard.

“Back-to-back wins is always something that I’ve dreamed of,” said Toledo. “It could not be more special here in J-Bay after last year and this year we’ve had such good waves again. Thanks, God. Thanks, Jesus. Thank you to my family and everyone supporting me. I feel so blessed right now.”

Toledo’s back-to-back win came with spectacular performances throughout the entire event. Out of the top ten highest single-wave scores of the Corona Open J-Bay, five belonged to Toledo (all 9-point rides). The same was true for the event’s highest heat total, where Toledo was responsible for five of the top ten. 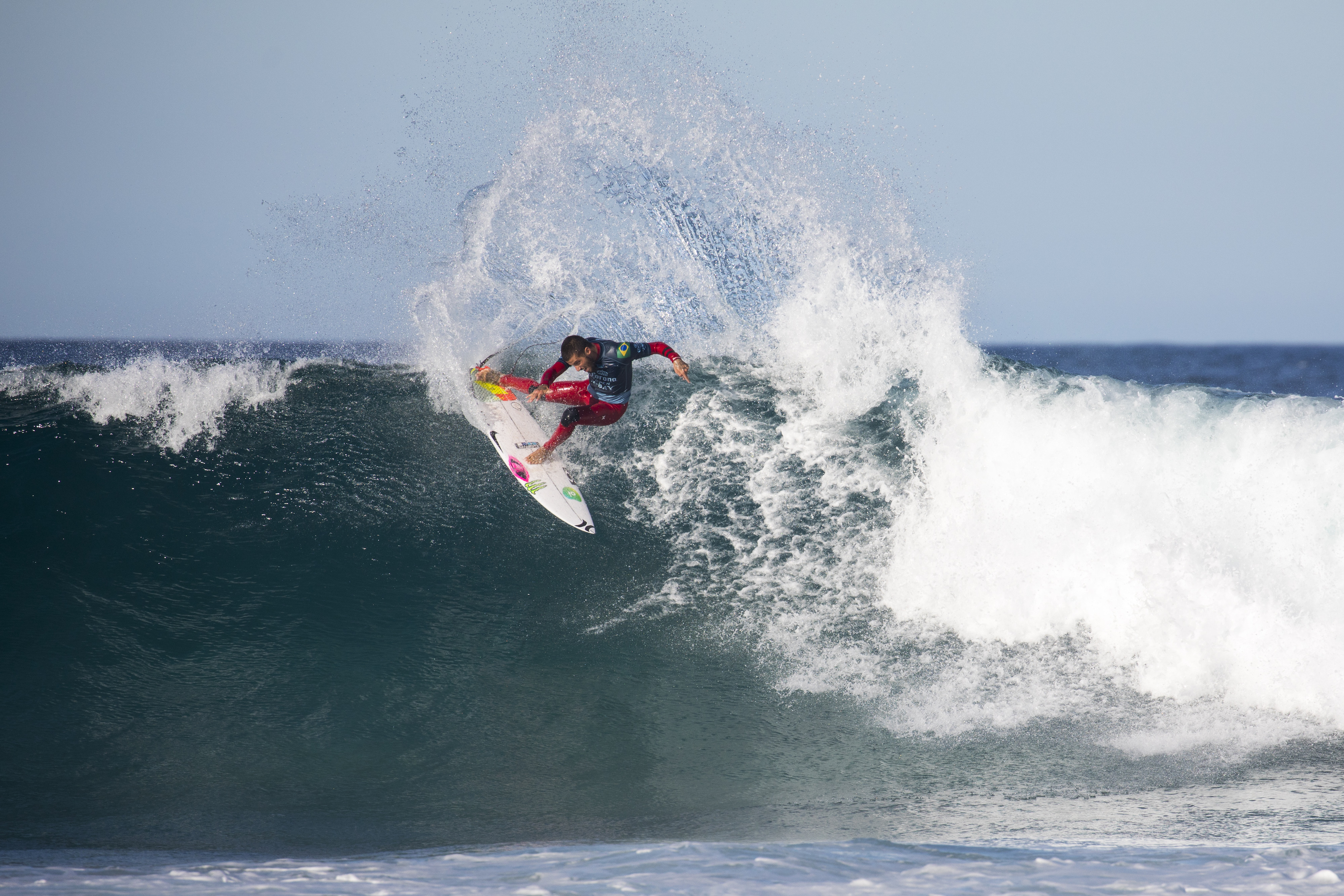 The 23-year-old is now 7-0 for Finals wins, defeating every opponent he’s ever faced in a Final. Toledo will now move up to first on the Jeep Rankings and wear the Jeep Leader Jersey at Stop No. 7 on the WSL CT, the Tahiti Pro Teahupo’o.  Leading the next generation of progressive surfing, today’s CT victory over 2018 CT Rookie Wade Carmichael (AUS) marks the Brasilian's second in 2018.

“When it is Finals Day, it is just something that clicks,” continued Toledo. “It is now or never, and I put it all on the line. That is always my strategy, ‘Go big or go home.’ It is easy like that and I went big. Finals is one of those heats where it is first or second, there are no losers, so I just go really big and put all my work on the wave. That is why I train. That is why I’ve been really focused.

“Repeating the Final with Wade Carmichael, who has been really solid the whole event and surfing really well, it was a pleasure to surf against him. He took down some really big names. I am stoked to get the win and thank you to everyone.”

The rematch of the Oi Rio Pro Final earlier in May saw Toledo and Carmichael throw big scores in the J-Bay lineup. Carmichael opened the exchange with a commanding 7.33 (out of a possible 10), but Toledo was on the next wave to challenge the Australian with an 8.50. The back-and-forth battle continued with only one-tenth of a point separating the two surfers at the halfway mark. The Brasilian opened the gap with a critical 8.33, giving the Australian one last opportunity to challenge. In the dying seconds of the heat, Carmichael attempted a big air but missed the landing and the scoring opportunity. 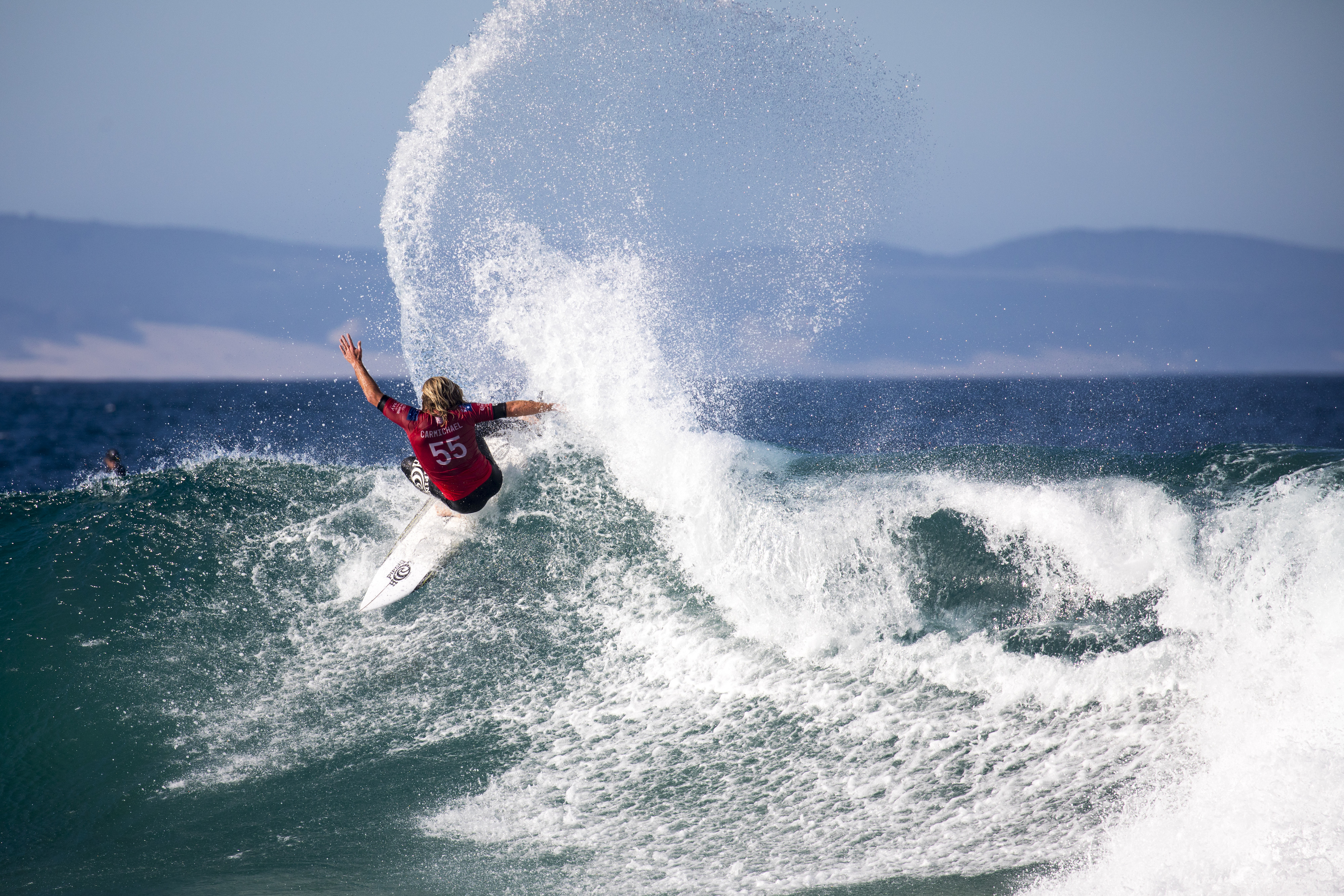 In his first time competing at the Corona Open J-Bay, Carmichael claimed a stunning second-place result with big wins over event favorites Jordy Smith (ZAF) in the Semifinals and Conner Coffin (USA) in the Quarterfinals. The 25-year-old from the Central Coast of Australia showed today that he is a mainstay amongst the world elite with a boost to World No. 6.

“I had no expectations coming into this year,” said Carmichael. “I am really happy. I just want to keep improving my surfing. I’m having that much fun, and I want to keep going. I am enjoying every minute of this. I want to thank everyone. The support was ridiculous. This place is unreal and I love it. I feel right at home on the wave. It is amazing.”

“Maybe some of my scores I felt like were maybe flipped, but Wade (Carmichael) is surfing really well and I wish him the best of luck,” Smith said. “It has been really nice for me to be home. I just want to thank everyone for so much of the support - it has been awesome. It is a third. It is not the worst thing in the world, it could have been way worse. I am just going to keep having fun and enjoying my time here in J-Bay.”

Kanoa Igarashi (JPN) fell to Toledo in the second Semifinal. The 20-year-old was responsible for the highest single-wave score of the event, a near-perfect 9.67 in Round 4, but was not able to bring the results against the eventual winner.

Julian Wilson (AUS) fell to Smith in the second Quarterfinal. The Australian came into this event as World No. 1, but his 5th place finish now moves him down to second on the Jeep Leaderboard. Wilson is the defending event winner of the next men’s CT stop, the Tahiti Pro, and now prepares to defend his win at the infamous Teahupo’o.

“Me and Jordy (Smith) have had plenty of good battles and we had another close one there,” said Wilson. “I feel like that was a great result. I didn’t find my best this week in J-Bay but was able to find a good result. It is just past halfway in the year and there are is a lot of good events left.  I am excited for Tahiti. Same as here where you just look at the forecast and either get really really scared or get on your shortboard and throw everything at it like last year.”

The waiting period for the Women’s Corona Open J-Bay opens tomorrow and will run through July 16. The WSL Commissioner’s Office will reconvene tomorrow morning at 7:45 a.m. local time (SAST) to assess the conditions and determine if the competition will run.

The Corona Open J-Bay will be broadcast LIVE on the WSL’s Facebook page. Also, check local listings for coverage from the WSL's broadcast partners.

Surfline, forecast partner of the WSL, is calling for:

Rippable SSW swell prevails Thursday morning, with a  building trend of medium to strong surf over the later afternoon and evening. Friday early morning should still see good size surf, with a fading trend through the day. Wind looks favorable most of the day Thursday before trending light+ onshore on Friday. A modest size, heavily shadowed WSW/SW swell should build in Sunday afternoon before easing Monday, although wind will likely be side shore or onshore. There is some potential for a new swell around the end of the event window.