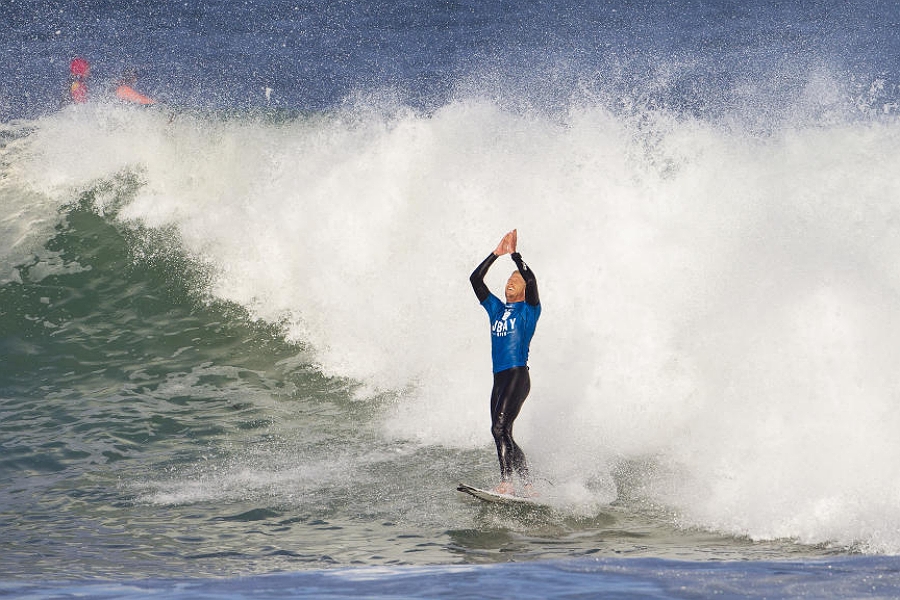 Fanno is not going to let go of the world tiltle easily...

I an all aussie final, Mick took the win over Joel Parkinson, and climbs from 8th to 3rd on the ASP rankings.


Joel Parkinson exploded out of the gates, catching a brilliant wave on the buzzer. On his way to a big score, though, he couldn’t exit a tight barrel on the inside. Mick on the very next wave found a double barrel and sweetened the ride with powerful carves, to post an excellent 9.00 and take an early lead.

Comfortably established in the lead, Fanning built momentum and started on a slightly smaller wave. The reigning World Champion navigated two hollow sections to post a second solid score. Parkinson wasted no time to react; he found a nice wave of his own to clock serious tube time and try to get back in the fight for the J-Bay trophy.

Halfway through the Final, Fanning with a 17.00 total had Parkinson on the ropes and needing two new waves to fight back.

The ocean delivered set after set for the culmination of the event, giving Parkinson and Fanning the perfect canvas to express their talent. The Cooly kids were visibly enjoying surfing one the world's best point breaks by themselves and kept pushing each other, raising the bar, wave after wave.

Despite a valiant effort, Parkinson was unable to find the near-perfect score he needed to get back in the lead. Left alone in the lineup in the final four minutes, Fanning savored his second event win of the season with a final wave, and a traditional soul-arch.