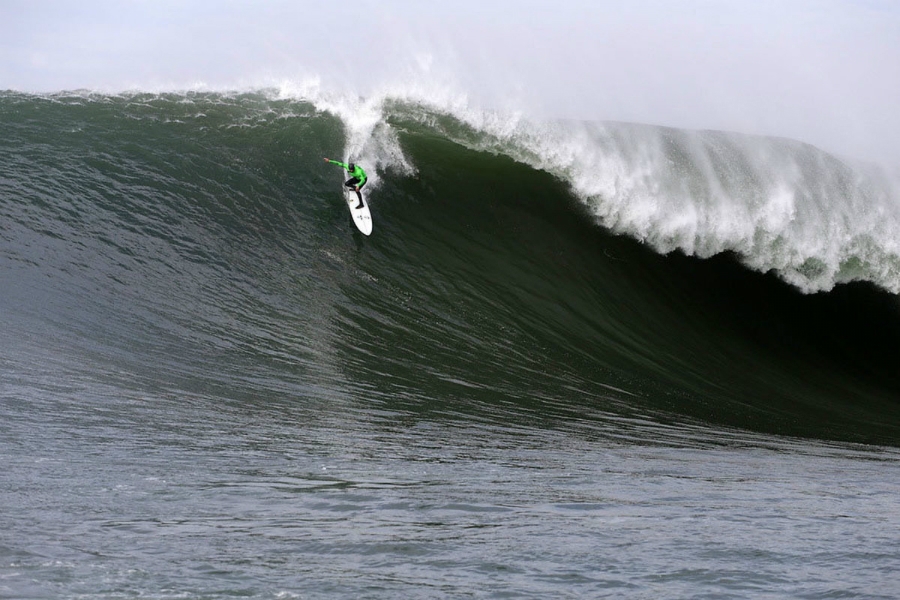 'Twiggy' won the big wave competition 'Body Glove Mavericks Invitational' in California , that he already won back in 2006. The invitation only event gathered the best big wave surfers the world. Grant took home the Waterman bronze trophy, who serves as tribute to the founders of Body Glove, Bob and Bill Meistrell. Baker also took home a prize of $12,000 for the win in Half Moon Bay, near San Francisco. Baker had already won the last event in Punta Galea, and is well positioned to win the Big Wave World Tour, when there are only two events left.


The competition relied on waves between 12 and 15 meters that broke almost a kilometer from Pillar Point Harbor. Thousands of people flocked to the site to see the event live, but at a safe distance, which caused some protests from avid fans. A few years ago, due to the power of the waves, some people were injured, and consequently the organization defined a safety zone so that everyone can safely enjoy the show.

Mark Healey, another of the athletes that attended the event, commented the performance of the winner 'Twiggy': "He probably has the best timing paddling out for waves I've ever seen. He is able to be very deep and still can make the wave."

If you missed the event, you can see it here: www.redbull.com