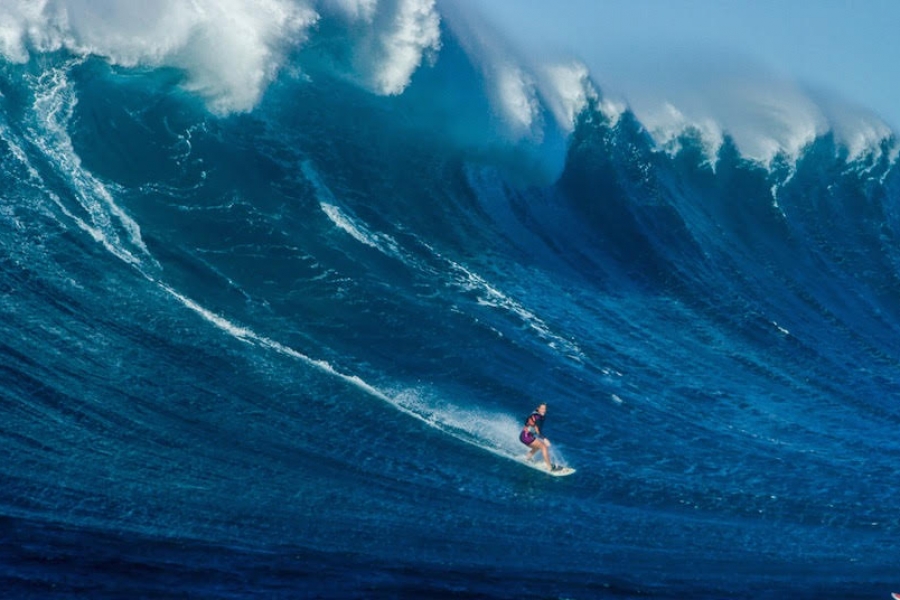 Hawaiian charger Bethany Hamilton has extended her contract with long-time sponsor Rip Curl, renewing a partnership that started when she was nine years old.

Bethany, just shy of her 26th birthday, has already reached unimaginable heights in surfing; winning national competitions, competing on the WSL Championship Tour and inspiring millions with her determination in the face of adversity – returning to the water after the shark attack that left her with one arm as a teenager.  She continues to reach new heights; this month taking on 50 foot ‘Jaws’, the Hawaiian monster wave of Pe'ahi, whilst filming for her soon-to-be-released film  Surfs Like a Girl, just months after becoming a new mum to son Tobias.

“2015 was definitely one of the best years of my life, primarily because I became a Mom and I absolutely love being a Mom!!! I still managed to have a fun year of surfing before I had Tobias and after. I grew a lot as a person in my post-partum recovery, and in my determination to get back to the ocean. Now after surfing each day I look forward to coming home to my supportive husband and son, it’s the best!” Bethany said.

“I am so pumped for this year! I know I have much more to come and I look forward to it. My passion for surfing and bettering my ability is still lit and I can’t wait to chase more of my goals and dreams! I look forward to surfing some heavy waves this year and pushing my limits. I also love working hard at my progressive surfing and want to keep charging at that.

“It’s rad to have shared my journey of surfing with Rip Curl since I was 9 years old. Now being 25 and surfing better than ever I’m excited to keep surfing as a Rip Curl team rider!”

Rip Curl Global Advertising and Promotions Chairman Neil Ridgway said the signing spoke volumes for both the company and Bethany’s commitment, and was excited about the next chapter.

“ 'What a legend...’ That's the reaction I have every time I see Bethany do big things or small things," Ridgway said. "I probably analyse her technique on video more than any other surfer on the planet because you can really learn from seeing the way she does things at such a high level of performance given that she only has one arm to paddle in and take-off.

"She inspires me to go surfing with a more positive attitude and I think she influences a lot of surfers that way. She's a very popular person at team signings and events because of her attitude and people - young and old - just want to be around her and the good vibes she pumps out. Like I said 'What a legend!' "

Bethany is currently in full force shooting and travelling with Aaron Lieber for her first surf film Surfs Like a Girl, a sign that 2016 is set to be another big year for the smiley goofy-footer.

“It’s a blast to be travelling for this and doing my thing. I can’t wait to share the film!” Surfs Like a Girl is due for release in 2017.