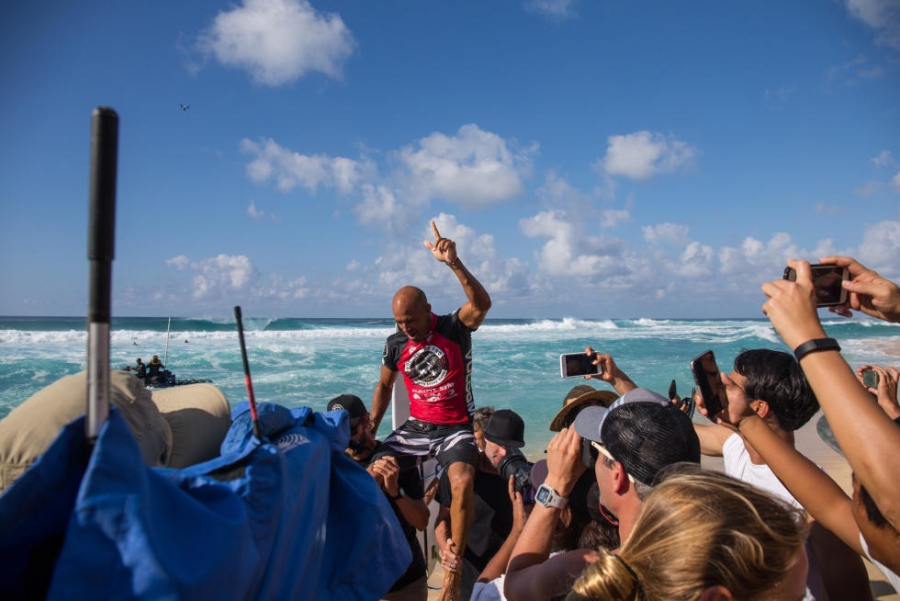 Kelly Slater (USA) solidified his first win in two years at the Volcom Pipe Pro today after a full day of standing ovation performances that many are calling the absolute best of the winter season. Slater surfed against three of the top Pipe mavericks in the world - Jamie O'Brien (HAW), Bruce Irons(HAW) and Makai McNamara (HAW) in a nerve shattering Final that saw barrels fire off like cannons and detonate on the notoriously shallow reef.

The 30-minue Final got started with two low scoring albeit immense waves from O'Brien and Irons, respectively, then saw McNamara answer back with the second highest wave of the heat, an 8.67. The 20-year old took an early lead on his opening wave, with Slater taking a quick second on his first ride, a 7.83.

Halfway through the Final, the 11-time World Champ secured the win with a backup score of an 8.73, while the other competitors fought hard for runner up position.

"I'm stoked, it's been a while… Between drinks as they say in Australia," laughed Slater. "Two years since I won an event, and it was this one. I feel good, it's obviously a great way to start the year off, it just flowed … Got big waves, got some nice barrels, had some high scores … But what a day! Perfect southeast trades and big bombing surf."