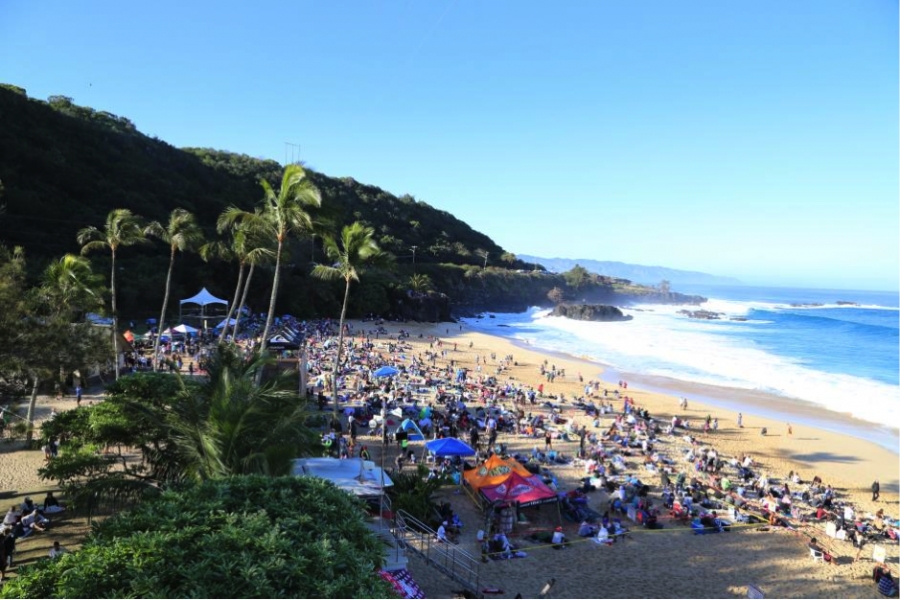 
Event Officials today called off the Quiksilver in Memory of Eddie Aikau after the highly anticipated swell failed to materialize. The window for The Eddie -- a World Surf League (WSL) Specialty event -- remains open until February 29, and upcoming swells will continue to be monitored with the hopes of running.

All trusted forecasters and data sources were in concurrence this week and pointed to what was shaping up to be an epic day of clear skies, light winds and gigantic surf. But some time after 6pm Tuesday night, the storm system took an unexpected turn. When the anticipated buoy readings never appeared, it was clear something had changed.

The urgency and hope to surf today was none stronger than for Eddie’s younger brother Clyde who, at 66, said this will be his last season in the event.

“That’s just the way it goes, I mean nobody knows what’s going to happen, you’re dealing with nature,” said Aikau.

“But it’s just humbling. When I drove up here at 9 o’clock last night, for miles it was already packed with people. People camping, cooking out… it was real humbling you know. And it gets me real excited to ride some really nice waves because you have the great support of all the people. Not only in Hawaii but around the world. It’s just so humbling that people still respect Eddie. To inspire the next generation is what Eddie’s legacy is all about and I’m so proud, and the family’s so proud.”

Throughout the night and early morning, more than 8,000 people filtered into Waimea Bay and its flanking hillsides to stake out the highly prized spectator real estate for this original one day, big wave competition. Even after the event was officially called off, many decided to stay and enjoy a pristine winter’s day and a dress rehearsal put on by the world’s best big wave riders as the swell slowly filled in.

“Unfortunately, the Bay is not going to call the day today,” Glen Moncata, Quiksilver Event Director, said.” This storm got pushed way up North of us so we are just not going to be able to run today.

“We have access to so much data these days and this just proves you can never second guess Mother Nature. Every forecaster thought this was the day. It isn’t. But we built this city in one day and we will do it again next week if we have to. We will not compromise on size or conditions.”

Requiring wave face heights of 35 to 40 feet to be called on, the Quiksilver in Memory of Eddie Aikau has only run eight times in the event’s 31-year history. With a very active El Nino swell season on offer, the potential for the event to run before February 29 remains high.