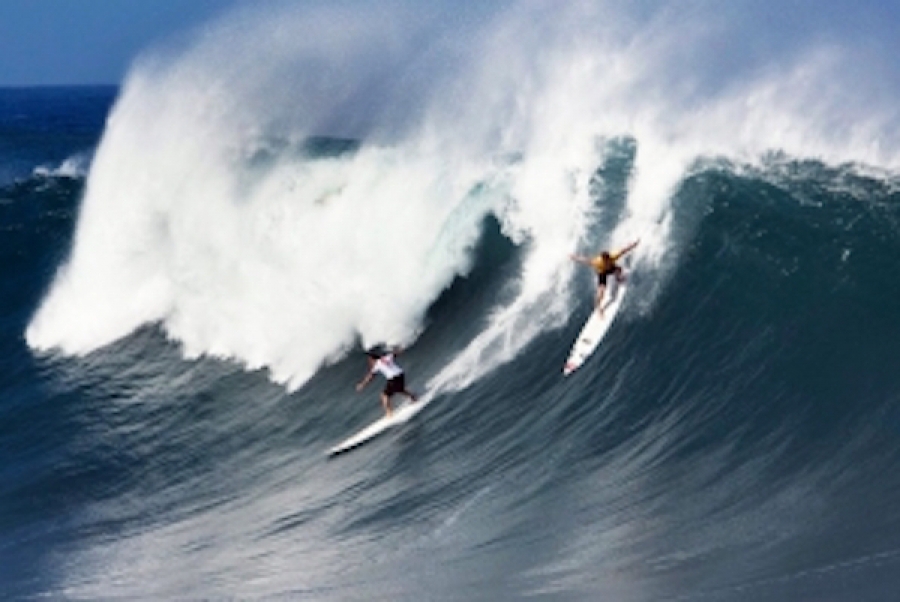 The Quiksilver in Memory of Eddie Aikau, has been officially been called ON for Thursday, February 25...

WAIMEA BAY, Oahu/Hawaii (Thursday, February 25, 2016)  - The Quiksilver in Memory of Eddie Aikau, a WSL Specialty Event, has been officially been called ON for Thursday, February 25 at the world-renowned Waimea Bay. Conditions are in the giant category with wave face heights of 45 to 55 feet and occasional close-outs across the bay.

The spirited energy can be felt throughout the crowd, which is estimated to be around 20,000 people. Live music resonates across the beach, along with the explosion of waves as they crack off the coastline. As the sun rose over Waimea Valley, surfers, contest organizers and fans alike prepared for a full day of competition in memory of the waterman and legend Eddie Aikau.

“We are proud to tell you that today, Eddie will go,” said Myra Aikau.

The Aikau family gathered with competitors this morning to address the importance of safety. “Our number one focus is on safety and having a great day of amazing surf that Eddie would be proud of,” said Aikau.

“This is what we’ve been waiting for,” said event director Glen Moncata. ”This is real Eddie. It’s going to be a little morning sick to start as it fills in, but as the trades come on we will be looking at one for the record books.”

Unfortunately, the Frenchman Jeremy Flores will be missing this edition. Stucked in Reunion Island for a ceremony in memory of the shark attacks victims occurred over the past 5 years, the only Eddie European invitee wasn’t able to get on time in Hawaii for the event. He is replaced by Koa Rothman (Haw).

In the six years since this event last ran, technology has advanced considerably in the world of big wave riding and this will be the first year that participants have the option of wearing a specially designed inflatable vest. To ensure surfers safety, Quiksilver has developed in collaboration with Aqua Lung a new generation of big wave equipment, the newly released Quiksilver x Aqua Lung Inflatable Vest. This will be vital equipment for athletes given today’s conditions.