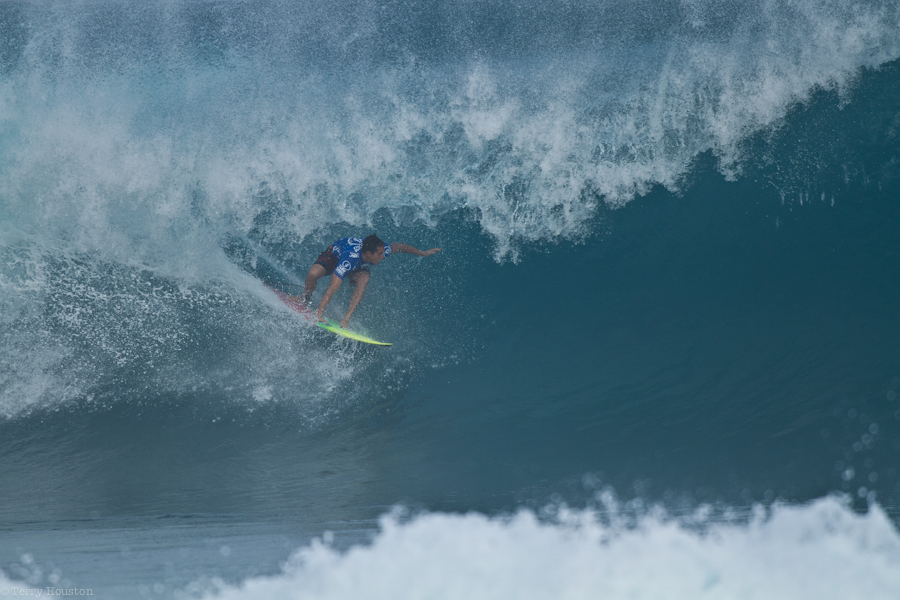 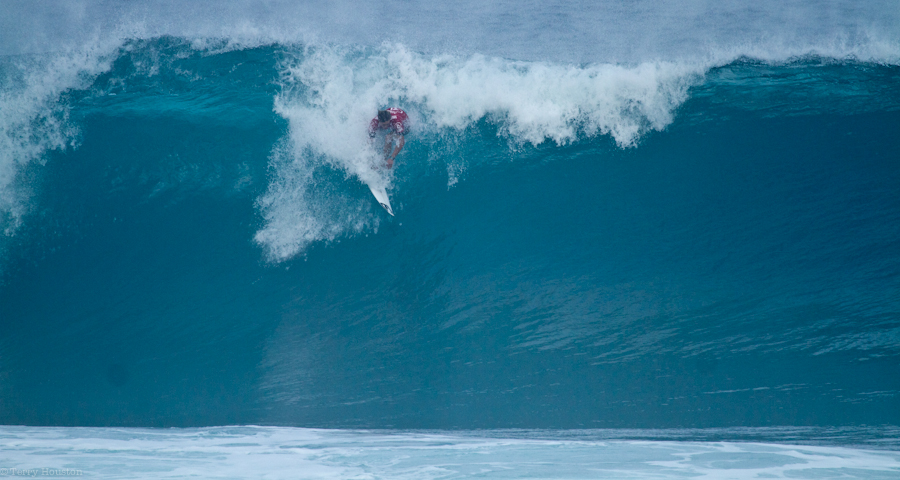 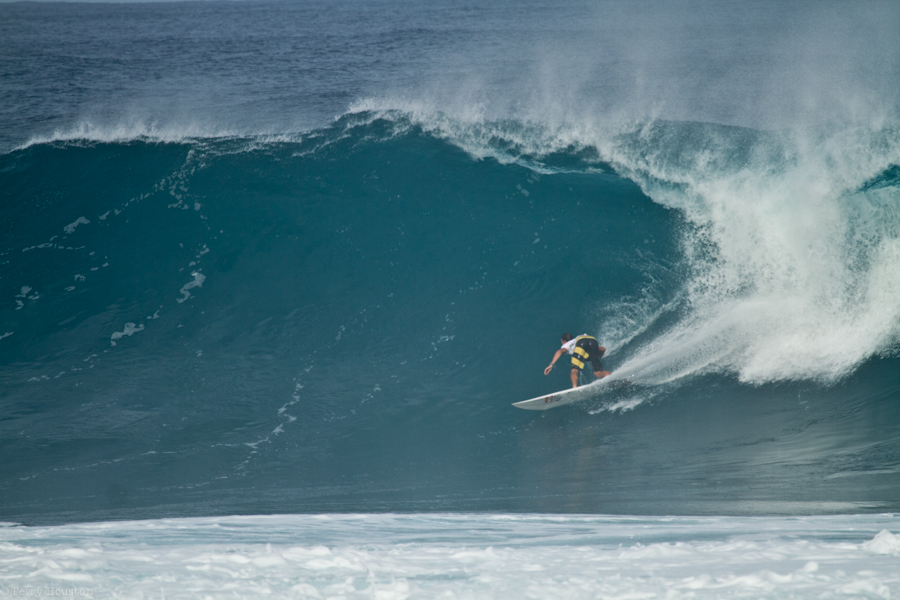 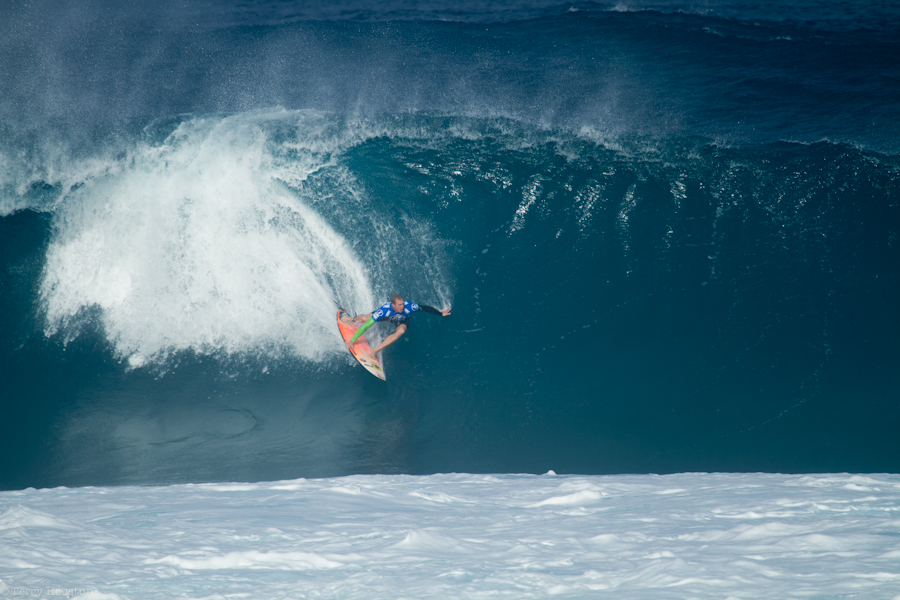 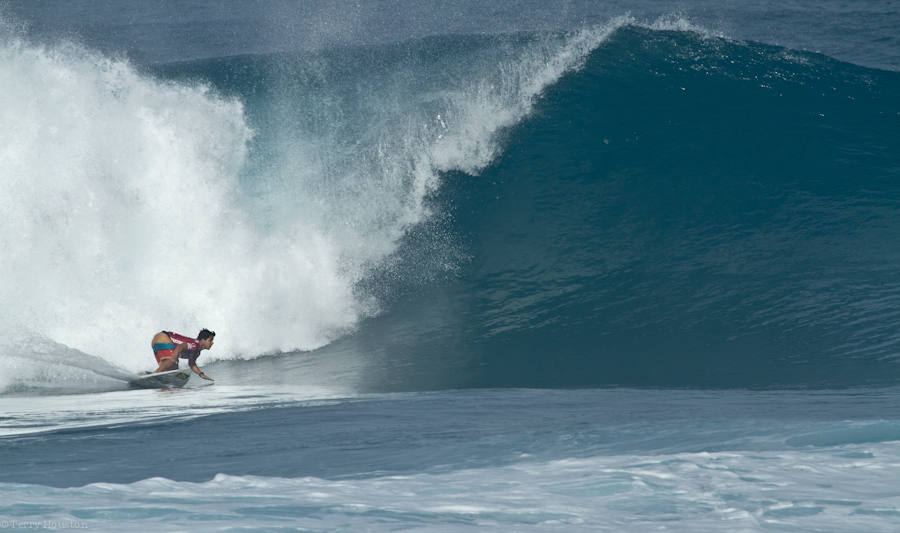 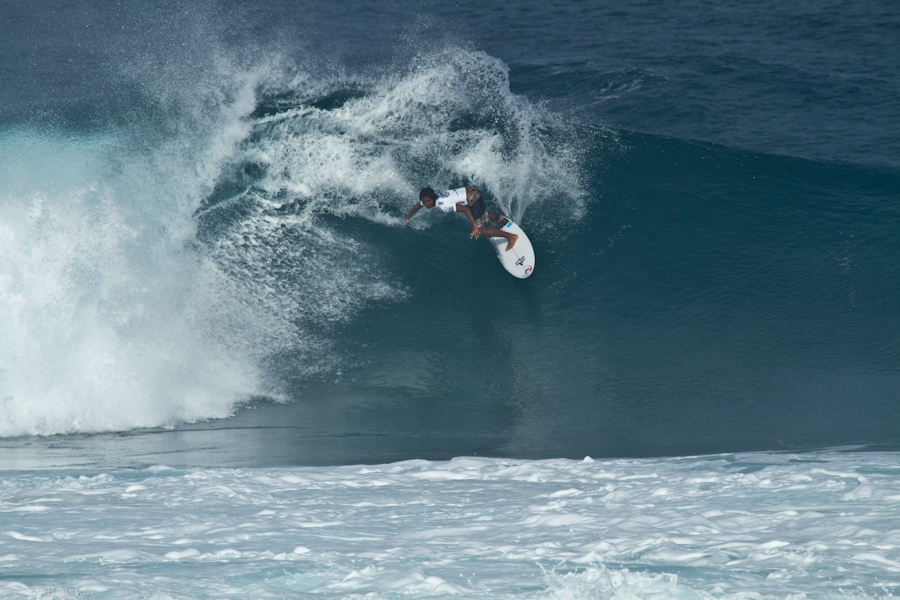 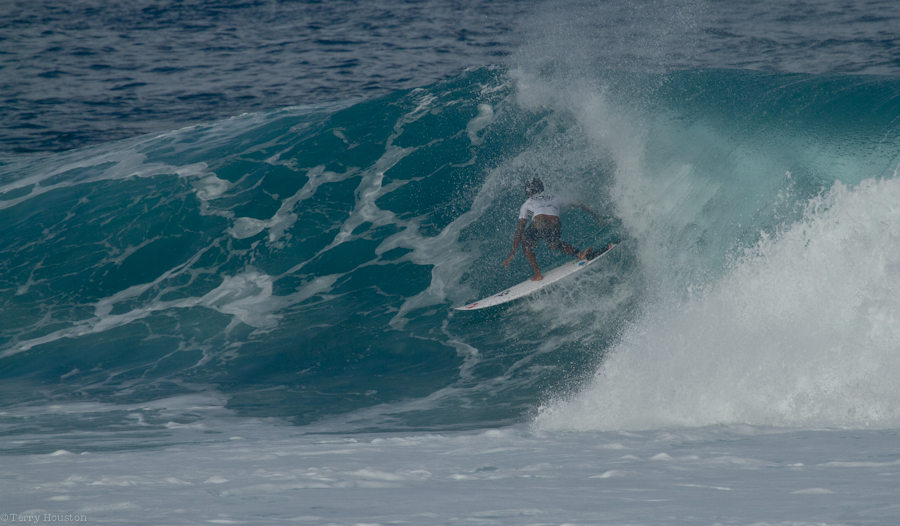 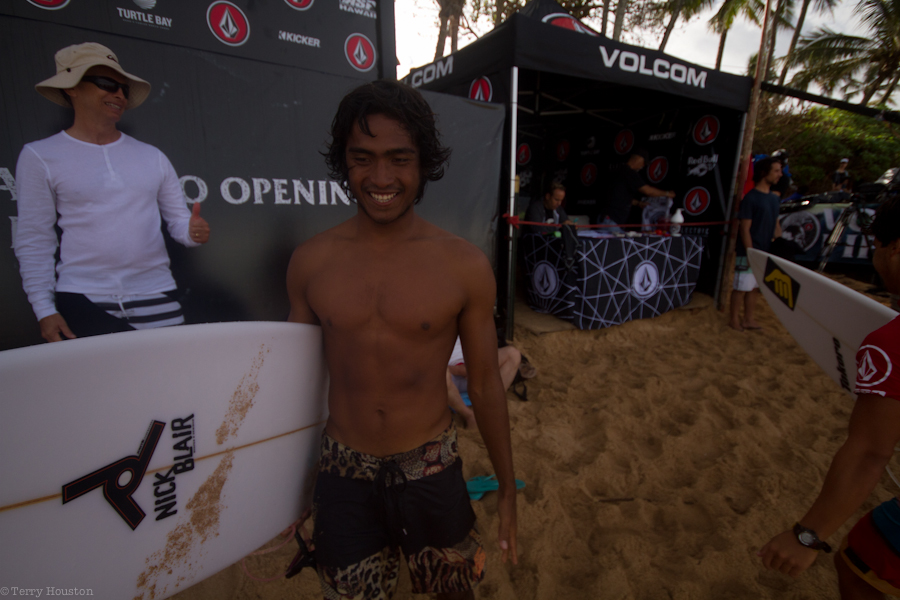 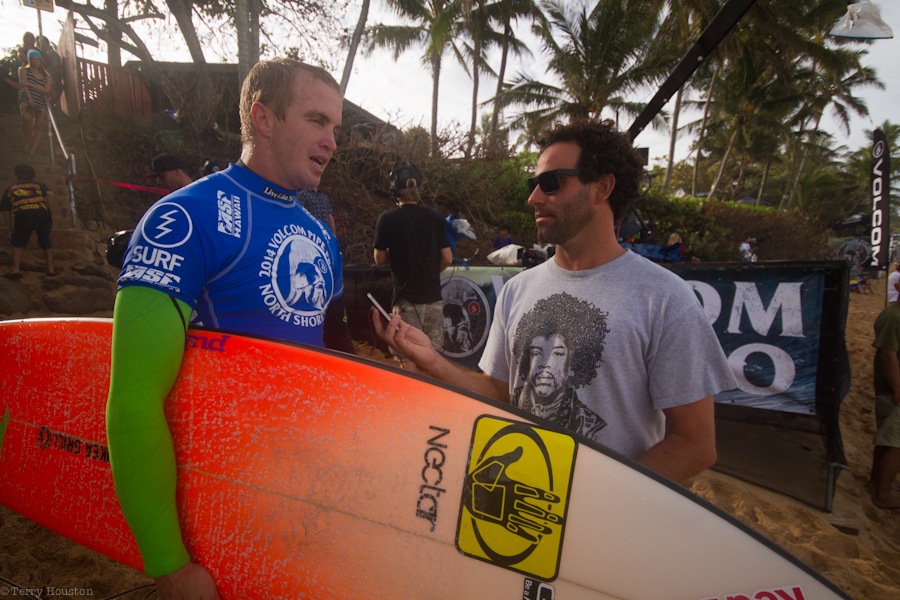 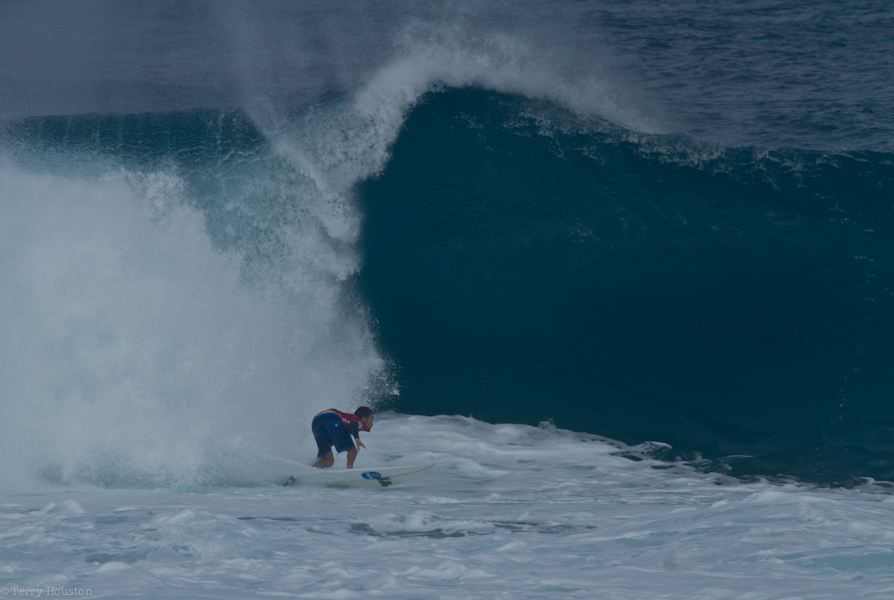 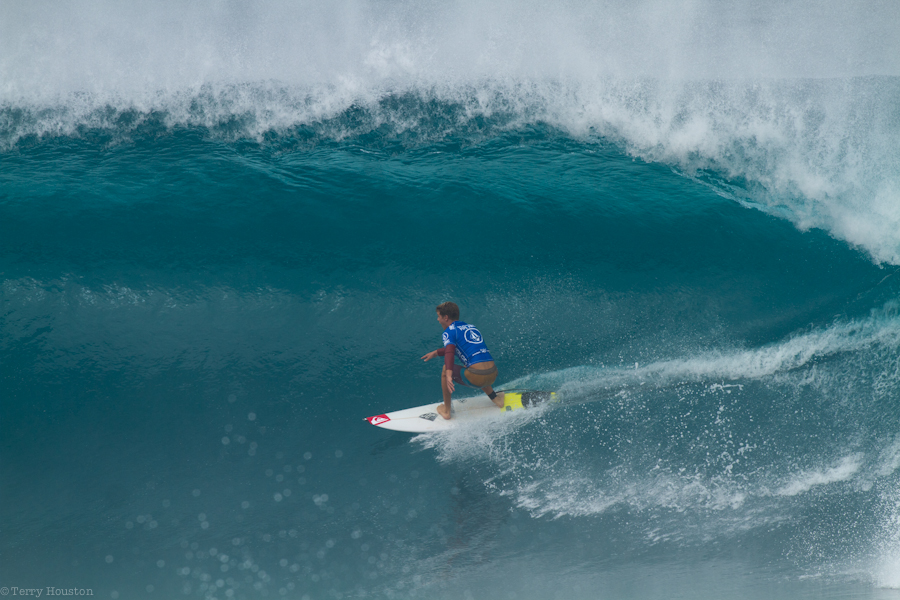 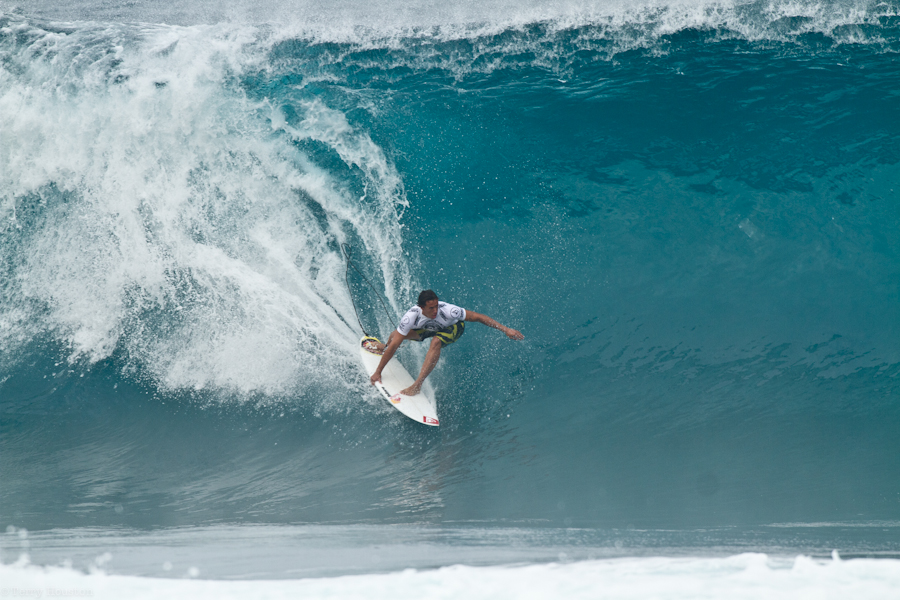 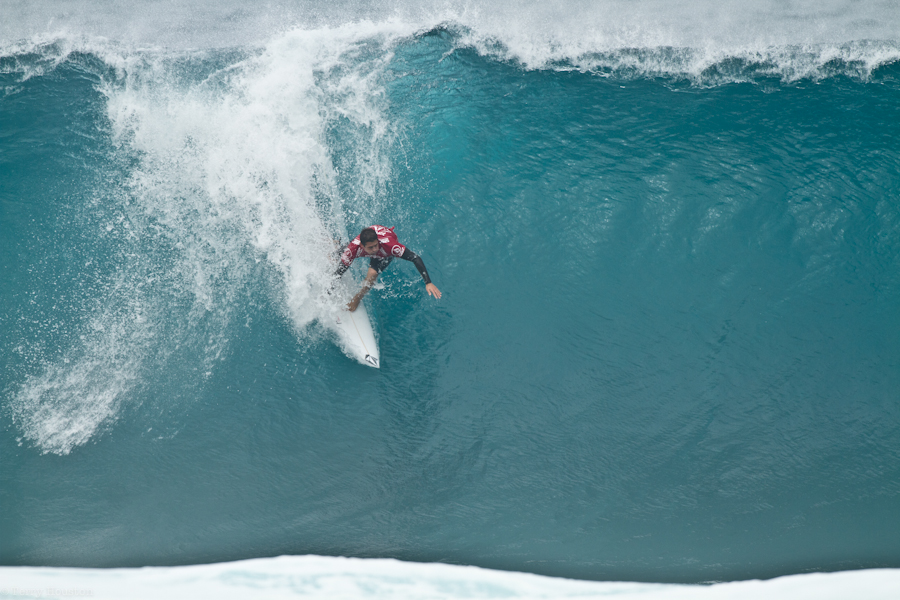 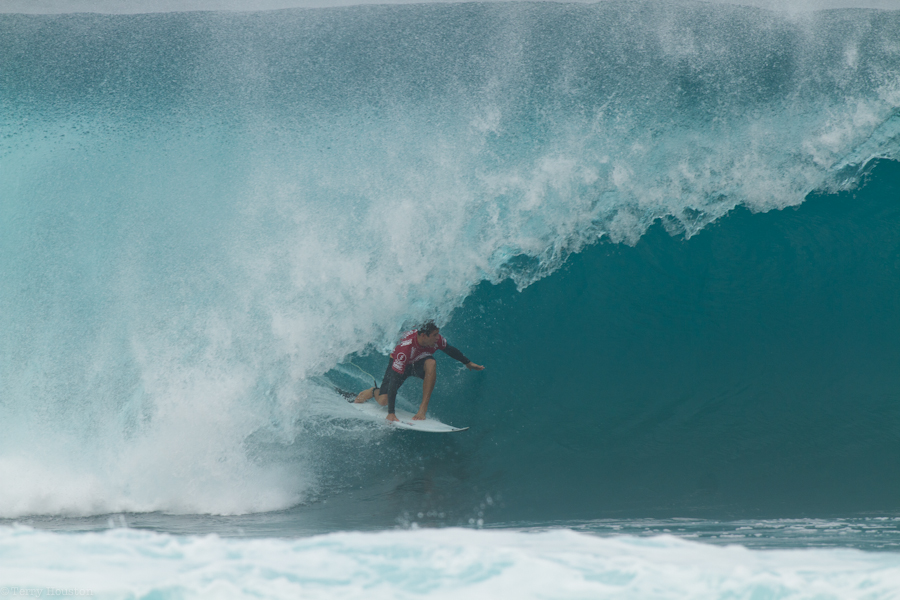 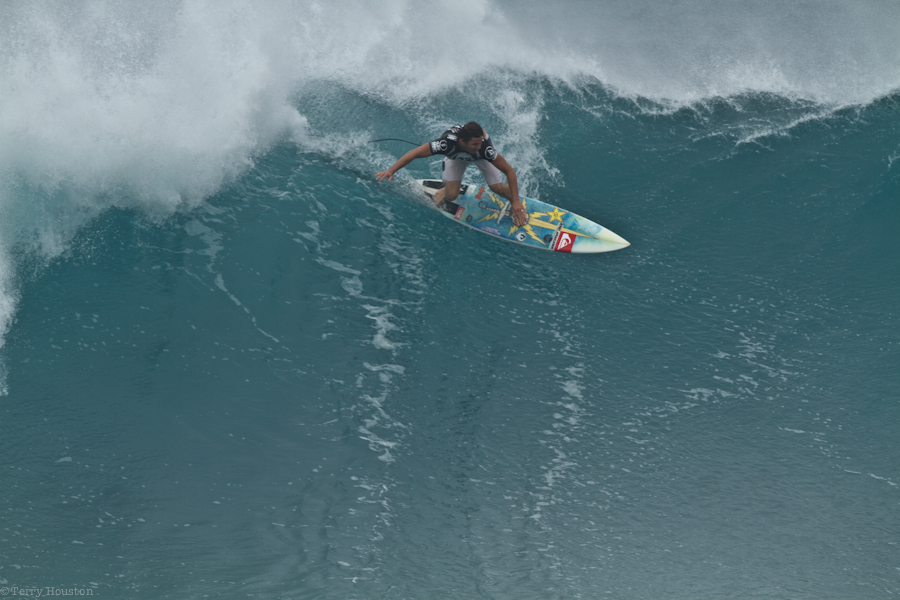 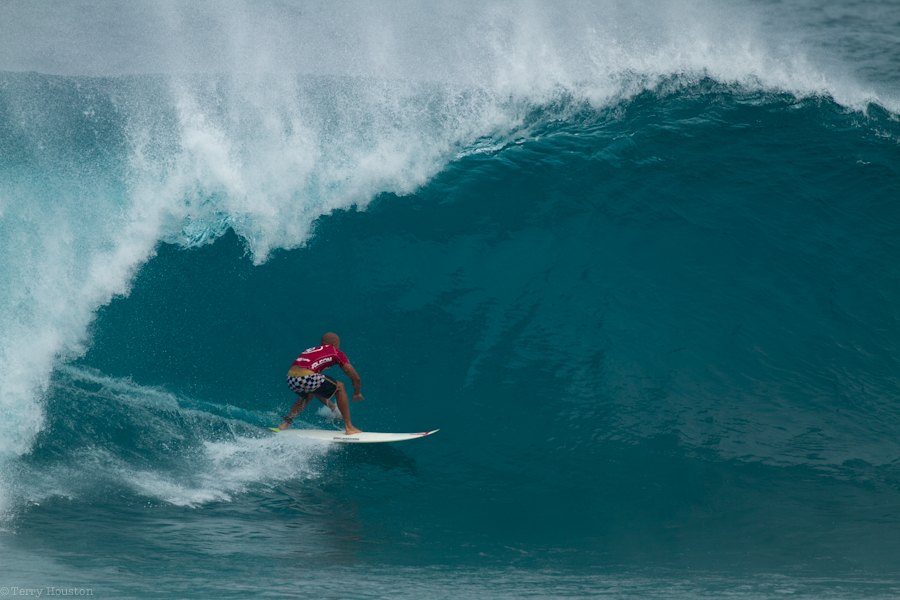 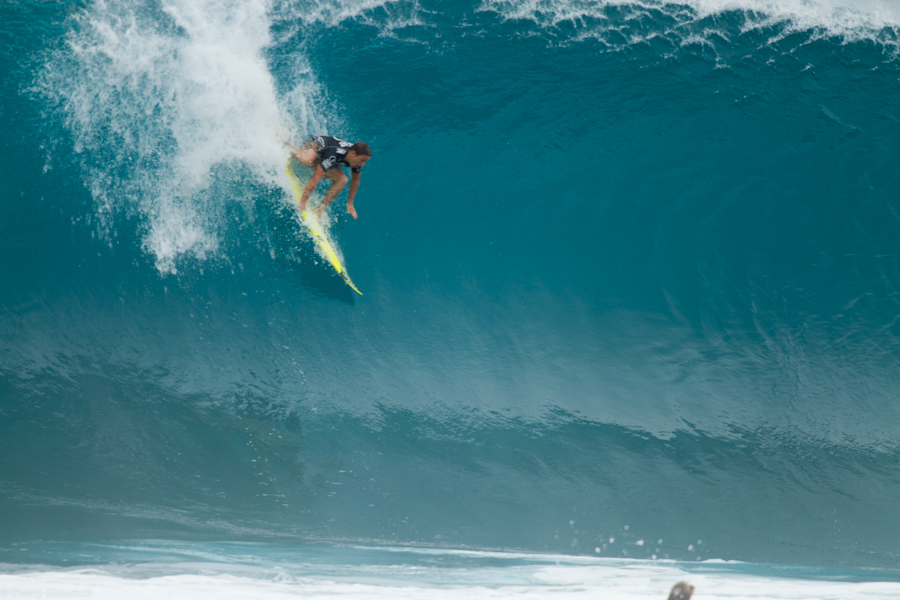 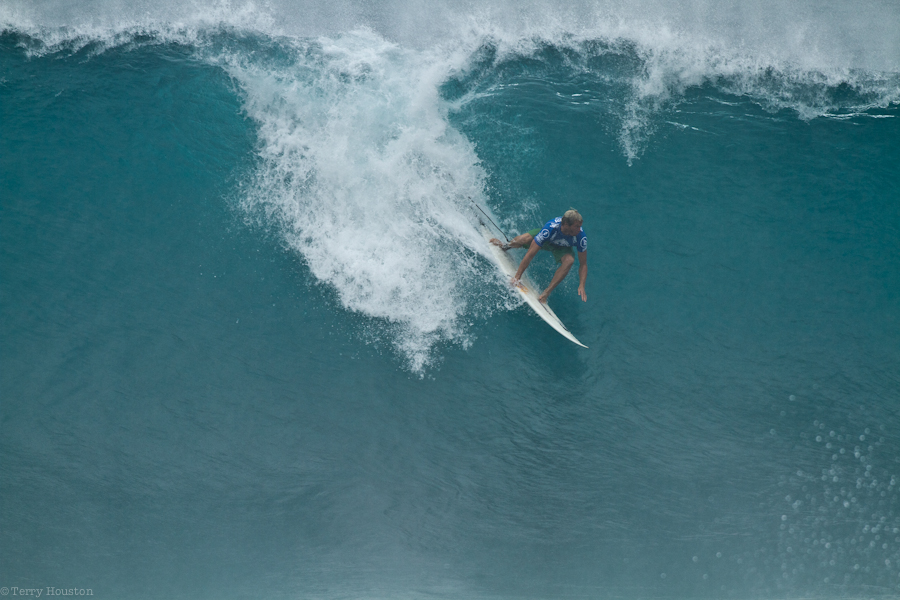 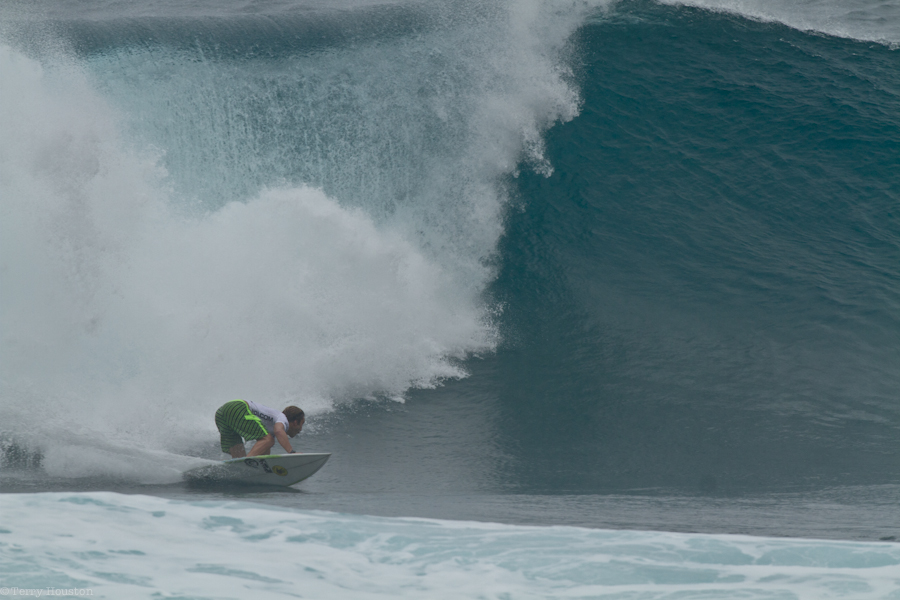 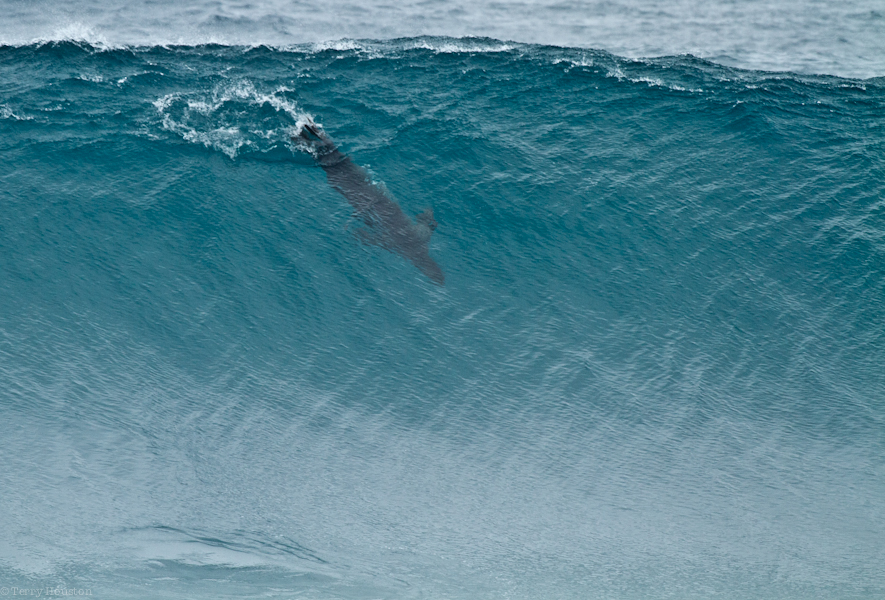 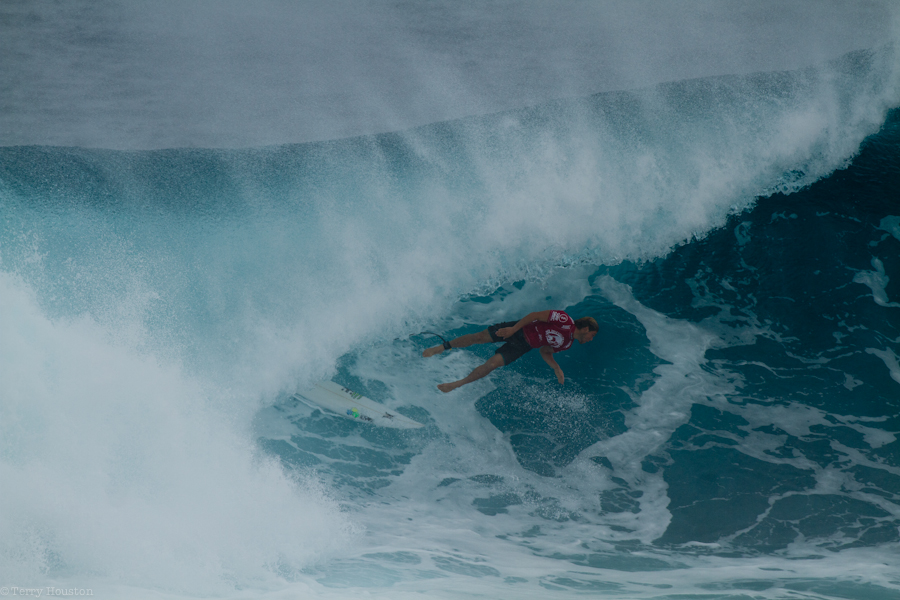 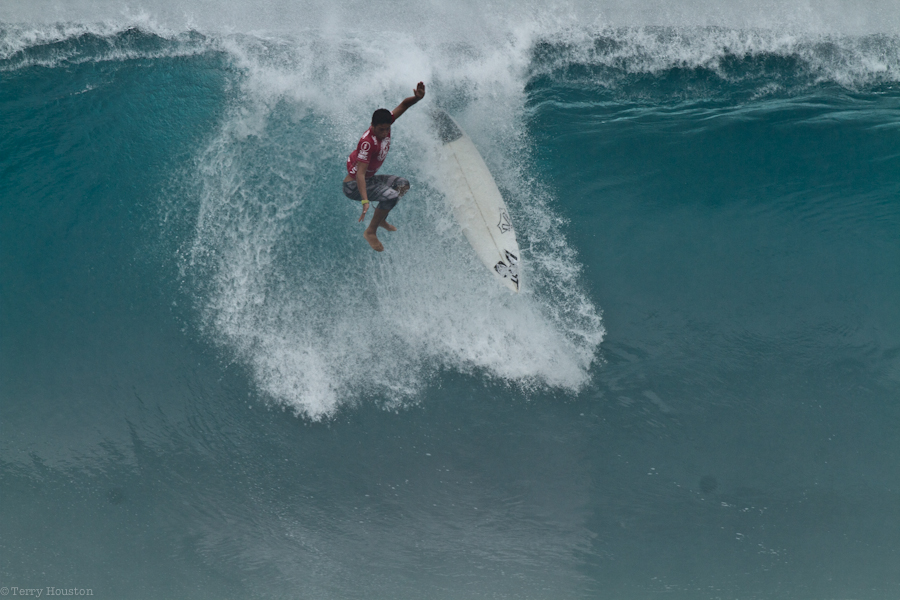 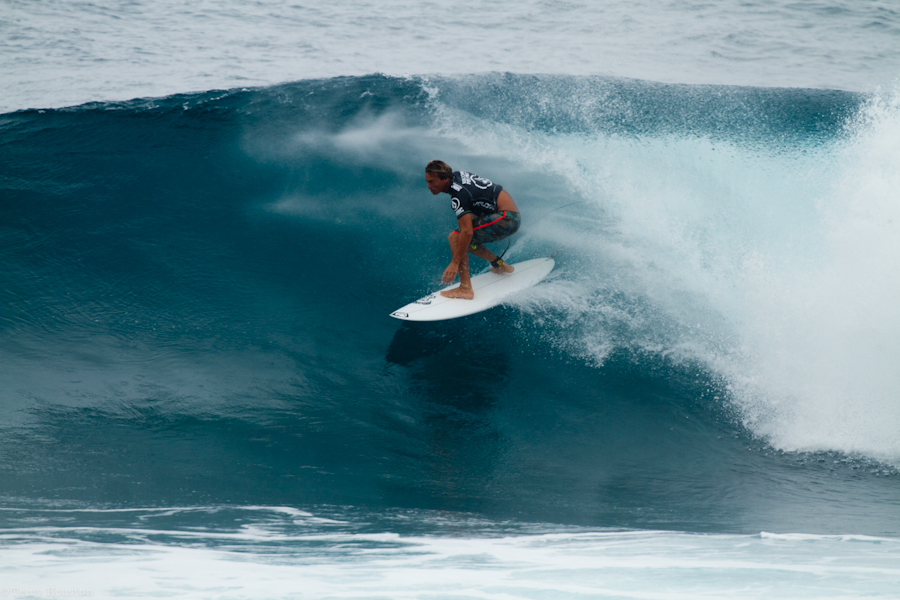 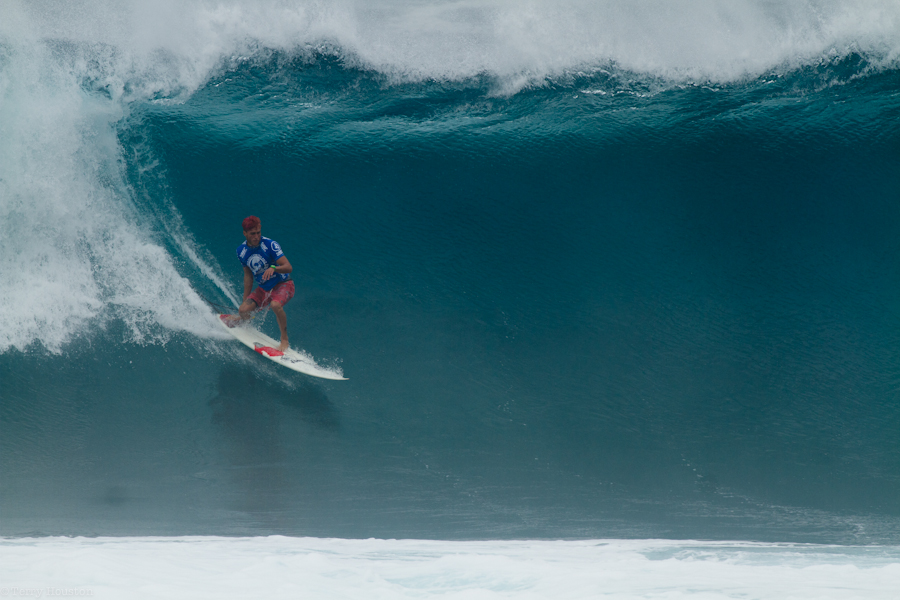 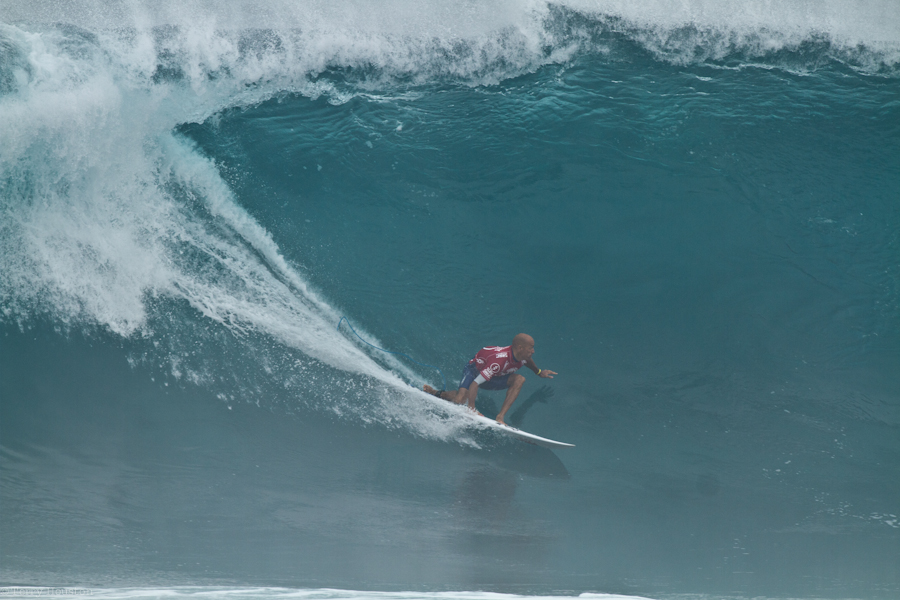 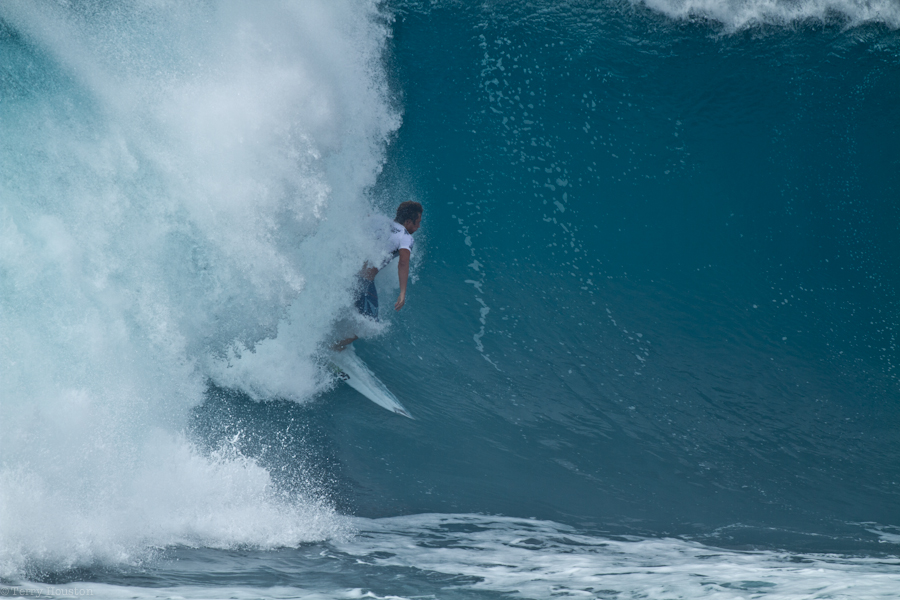 Defending champion caused the first big surprise of the event

All photos by Terry Houston exclusively for SurfTotal

American Evan Geiselman - which was the standout of the day - along with Parker Coffin , were 'guilty' of John John's elimination. Evan started with two bog scores (9.63 and 8.9), even before the other competitors were able to score on any waves. Then Parker Coffin got a 9.4 and with this combination of results, John John was between was against the wall, and unable to get around the heat.

"Winning against JJF in his 'backyard' is amazing. I quickly got those two waves, and Parker got his. We left JJF under a lot of pressure from the start," Geiselman said .

"When I saw that first wave coming, I saw Parker's eyes glowing, but I was deeper, and did not want him to start on a high note, so I hit the wave. I ended up having one of those heats, when everything went my", said the surfer from Florida.

Making is way to the fourth round, though without great brilliance, was Kelly Slater. Slater finished in second place with a total of 10.60, in a heat dominated by another american, Chirs Ward, with a score of 14.10.

"It's hard to go from heats with two surfers that last 40 minutes, to 25 minutes with four athletes. When you do not have priority, you do not have thefreedom to lineup exactly where you want, it's a different game", Kelly said.

Chris Ward knew exactly what he needed to do: "You never want to be needing a wave when surfing against Kelly. He was waiting for the best waves, but the truth is that there were no mental waves until Evan's and Parker's heat. It would be a dream for me to win an event at Pipeline. I already came in second against Kelly (2008), so I want to redeem myself and win here", said Chris Ward.

Yesterday the event had a lay day, but another call is scheduled for today, at 7h30am (local time).