After the last videos of the incredible waves at kelly Slater Wave pool, we decide to remember the investigation of Craig Brokensha from swellnet.com.

Here's a peace of his investigation:

"According Theories were already starting to fly across the internet, but a single rural satellite image with an interesting long, black rectangular shape was the starting point for my investigation.

The clues were easy enough to follow: Central Valley California, with a clear Route 41 numbered along with 18th Avenue.
The address pointed to what looked to be a single ski water park over 110 miles from the coast (the same distance mentioned by Kelly in the clip). Was this the secret location that the KSWC had been keeping under wraps?

With all the tools freely available to us in this day and age (Google, Google Earth, Google Streetview) it only took an hour or so to confirm the likely location of the test facility.
Firstly, a check of the history of the location revealed that the dual lake setup has been there since about 2004, way before Kelly was likely to have been looking for land to test his experiment on.
If the lake had just popped up in the last year or two - easily verifiable via Google Earth history - it would of been easy to confirm this was the location. This was a slight curveball that needed to be clarified, but which could also yield more information. 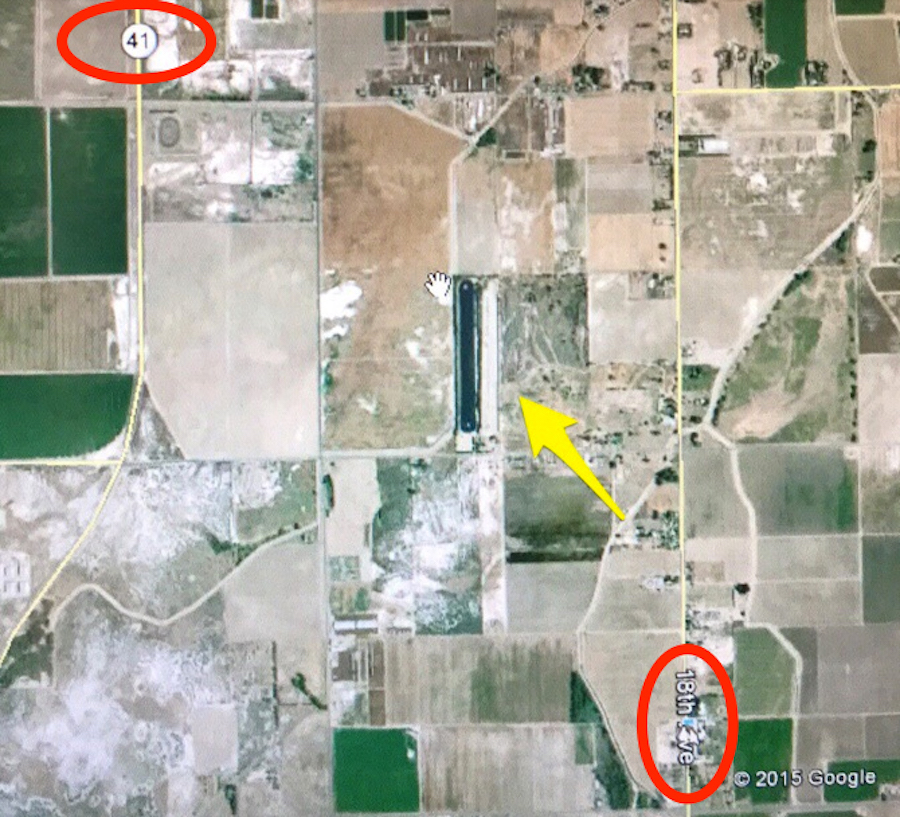