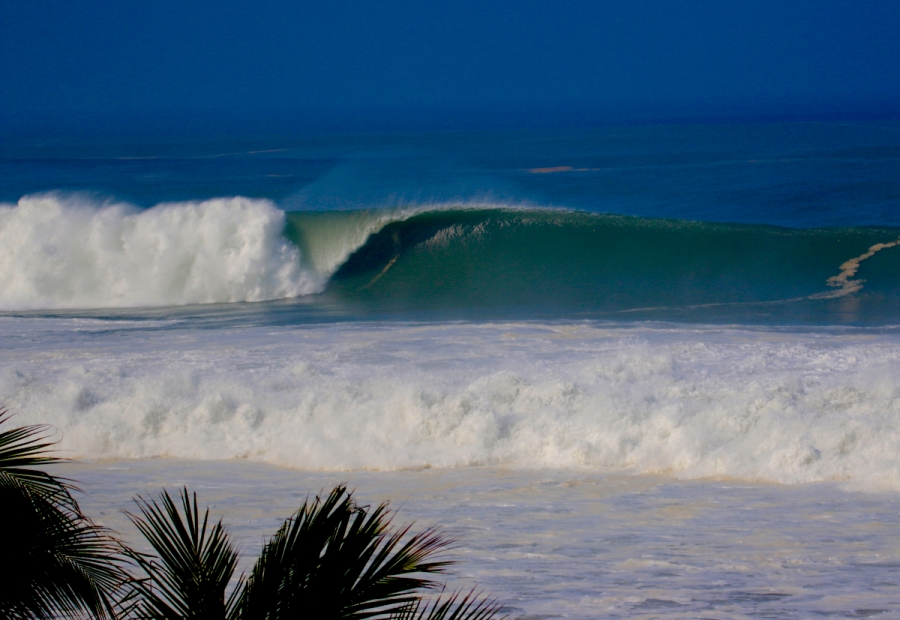 Event organizers will monitor conditions closely and declare a Green Alert 72 hours prior to the commencement of the event, conditions permitting.

“We anticipate a lot of activity in the South Pacific later this week,” said WSL BWT Commissioner, Peter Mel. “The swell is moving under Rapa Nui and expected to land in the region around June 24th."

The WSL BWT spans six unique potential venues, all anticipating waves in excess of 25-feet to run. The Southern Hemisphere window runs from April 27 through August 31, 216 with three potential venues, Chile, Peru and Mexico, that can commence if conditions allow.

The Puerto Escondido Challenge will be contested by big wave icons including 2015/2016 BWT Champion Greg Long (USA), 2015/2016 BWT runner-up Makua Rothman (HAW) andBilly Kemper (HAW) amongst others as they battle one another on the biggest surf on the planet.

Mainland Mexico’s Puerto Escondido is home to one of the most monstrous and unruly waves on earth. With a volatile sandbar bottom, the world-renowned beach break requires technical mastery, extreme physical endurance, and boundless courage from all who accept the challenge. If called on, Puerto Escondido will test the world’s best big wave surfers and set the tone for the 2016/2017 season.

“If the elements continue to align, we will place a Green Alert on the premier 2016/2017 big wave competition,” continued Mel. “Our goal is always to put the world's best surfers in the world's best big waves, so our team will closely track this swell in the coming days and will provide updates as they become available.”

Official forecasters for the 2016/2017 WSL BWT season are calling for:

Overlapping, large, long period SSW swells will impact Puerto Escondido on Friday, June 24th and Saturday, June 25th, thanks to a pair of back-to-back storms that recently plowed through the central South Pacific. We recorded satellite verified wind of 35-55 knots and seas of 40-45 feet in these storms and continue to track the swells as they propagate north. At this point we expect to see a building trend of surf throughout the day on Friday; slower, but strong, surf in the morning with face size in the 15-25’+ range, with larger sets to 30’ at times. Look for the surf to build for the afternoon with the very largest sets up to 35-40’ on the face. By Saturday the surf will likely gradually trend down,  but we can still expect face size in the 20-30’ range, with a few lingering 35’ sets early.

The 24-man field for the Puerto Escondido Challenge will be comprised of the Top 10 finishers on the 2015/2016 BWT season, led by reigning BWT Champion Greg Long (USA), 6 event wildcards, 3 BWT wildcards, 1 injury wildcard and the Top 4 Surfline Overall Performance of the Year Performance Award recipients.