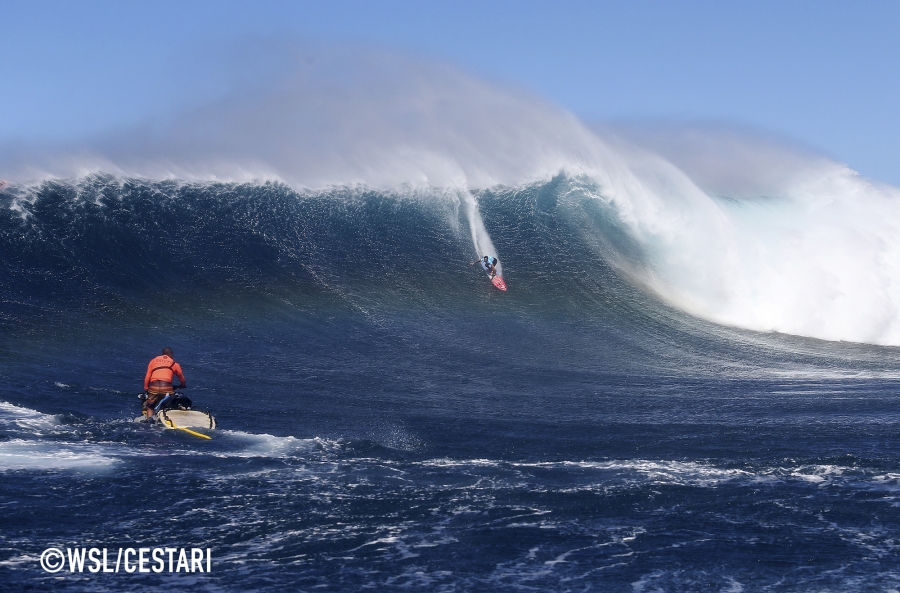 Billy Kemper of Maui (pictured) during the 2015 Final of the Peahi challenge.

The world’s best big wave watermen and women are on their way to Hawaii for the Pe’ahi Challenge, a World Surf League (WSL) Big Wave Tour (BWT) event,...

...which has been put on green alert for Friday, November 11, 2016. A projected 30-foot swell is expected to arrive at the world-famous big wave break on Maui’s North Shore and competition is currently set to get underway at 7am (local time).

The Pe’ahi Challenge will be contested by 24 men, led by current rankings’ leader Grant Baker (ZAF) who will surf in Round 1 Heat 2 alongside defending event winner Billy Kemper (HAW). Reigning BWT Champion Greg Long (USA) will compete in the opening heat of Round 1.

For the first time in WSL Big Wave Tour history, the world’s best female big wave surfers will compete at Pe’ahi with 12 individuals vying for the maiden women’s title. The format of the women’s event will consist of two six-woman heats with the top three finishers from each advancing on to the Final.