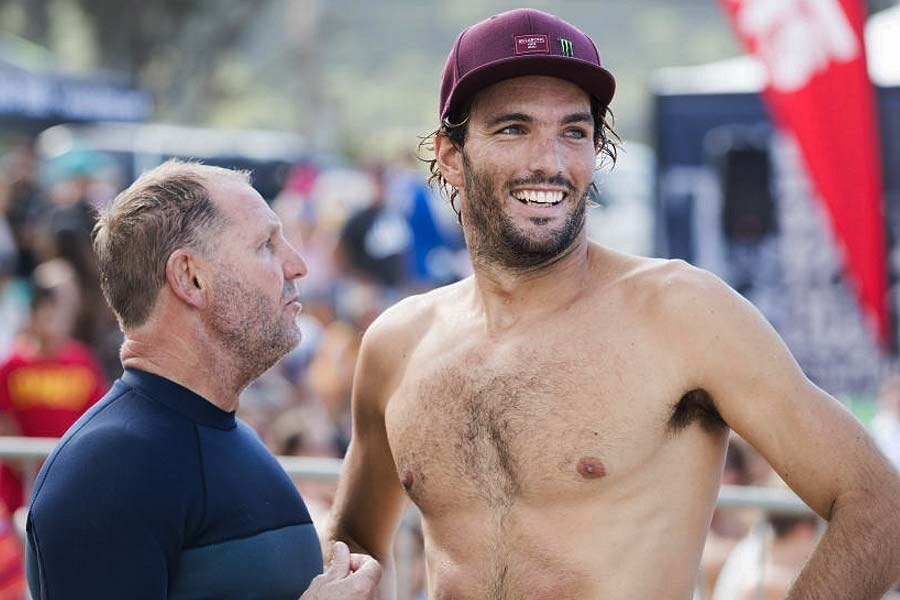 When Frederico Morais, age 14, was pressed by a surf magazine on who is the toughest guy to surf against in contests he replied, "Me."...

Skip forward 10 years, and if asked the same question, Morais could, legitimately, answer the same way. In a remarkable Hawaiian leg, the Portuguese surfer known as Kikas added another second place at the Vans World Cup of Surfing to his runner-up finish at the Hawaiian Pro. In the process, he rocketed from 38th to third on the QS, cemented a shock qualification for the Samsung Galaxy Championship Tour (CT) and took a commanding lead in the Vans Triple Crown ratings.

"It's an incredible feeling, to both qualify for the CT and to make back-to-back finals in Hawaii," Morais said afterwards. "This has been my dream for as long as I can remember."
Back in August, while he was nowhere near the qualifying mark, Morais hadn't given up on that dream. "I think until it ends it's always a reality. I knew I would have a good chance in Hawaii, and after a good result in Brazil it became even more possible. Then I just had to surf."

While that optimism is one of Morais' most charming traits, anyone who examined his situation heading into Hawaii still would have figured that he had little-to-no hope of qualifying. Sure, he had achieved solid results in Hawaii before, including a fourth place at Sunset in 2013 and becoming the Triple Crown Rookie of the Year that same season. But to make two Finals in 2016, given the depth of talent there and the power of the waves, was both exceptional and unexpected.
"Again and again over the last few weeks Fred has surfed under intense pressure and proved that he can beat the very best surfers in the world," said Richard Marsh, a former Top 16 surfer who now coaches Morais. Marsh watched all of his protégé's Vans World Cup heats from the channel.

Nothing more exemplified that than Morais' Round Four heat at Sunset. Taking off with seconds to go and needing a five-point ride to progress, he slammed the lip of a huge Sunset closeout, free-fell and somehow rode out of the cascading whitewater. It was the type of clutch, committed surfing that netted him a spot among the world's Top 32 surfers for next year.

"This has been a long time coming," said Marsh. "His preparation, positive attitude and belief have never stinted. Qualification is the reward for years of plugging away doing all the little things the right way." 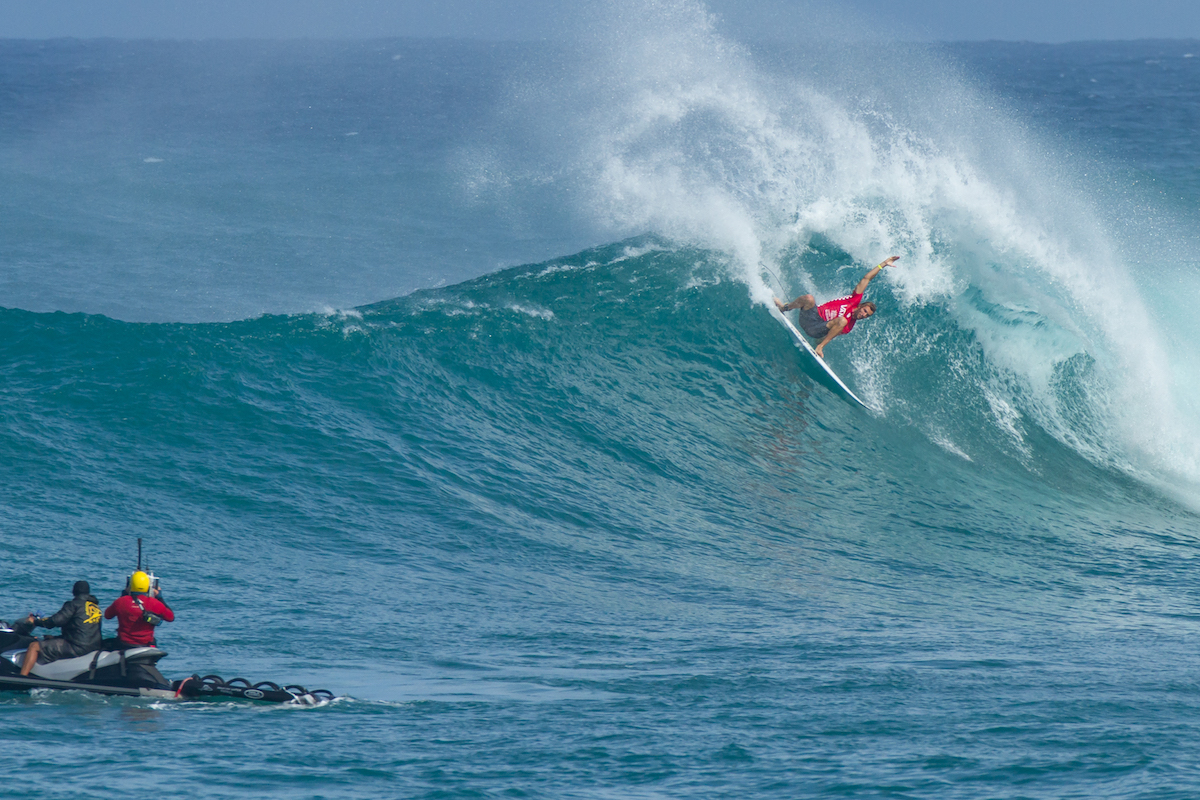 Frederico Morais on his 4th round heat - Click by Clifton Youmans
Competitive fire and discipline runs in the Morais blood. It was first passed down from his father, Nuno, a professional rugby union player for Portugal. Like his father, Frederico will now also represent his country at the highest level, becoming only the second Portuguese surfer to make the CT. Tiago Pires, the first to make it, was known as the "Prince of Portugal," but it looks they now have a new king.
"He's going to be treated like a rock star back home for sure," laughed Marsh. "Portugal loves surfing and right now Fred's by far the best they have. He will head home and enjoy it for sure, as he should, but it won't be for too long. Beause this is just the start, the real work starts now."

"It's going to be amazing to go back home," Morais said. "But then it's straight to Australia, which is like a second home to me. I have really good friends over there and it's going to be an amazing season, but it's a really hard tour. Rookies have a tough time, so I'm just going to go with an open mind and see how it goes."