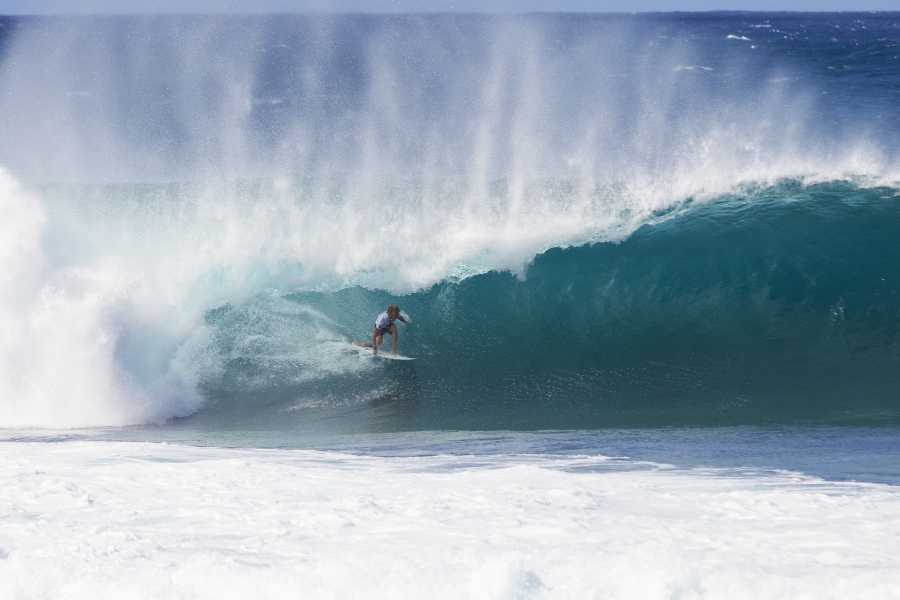 The world’s best surfers are on the famed North Shore of Oahu for the final stop on the 2016 Samsung Galaxy World Surf League (WSL) Championship Tour (CT), the Billabong Pipe Masters in Memory of Andy Irons.

Holding a competition window of December 8 - 20, 2016, to be held on the best four days of surf, the legendary Banzai Pipeline will serve as the ultimate proving ground for the world elite as they battle to become the next Pipe Master.

The Billabong Pipe Masters is also the third and final stage of the Vans Triple Crown of Surfing WSL Specialty Series. In this moment the Portuguese surfer Frederico Morais, that has guarantee his place on CT 2017 is the leader of the triple crown ranking, followed by Jordy Smith and John John Florence.

The swell forecast looks awesome for the first day of the waiting period. On 9 December the south winds and swell with high period will probably guarantee an exciting begining for the event.

*The Pipeline Invitational will run on the first competition day of the Billabong Pipe Masters to determine which surfers will receive the two wildcard entries into the main event. The 32-man field will consist of the top surfers from around the world, including standouts from the Volcom Pipe Pro held earlier this year and highest internationally ranked QS surfers.