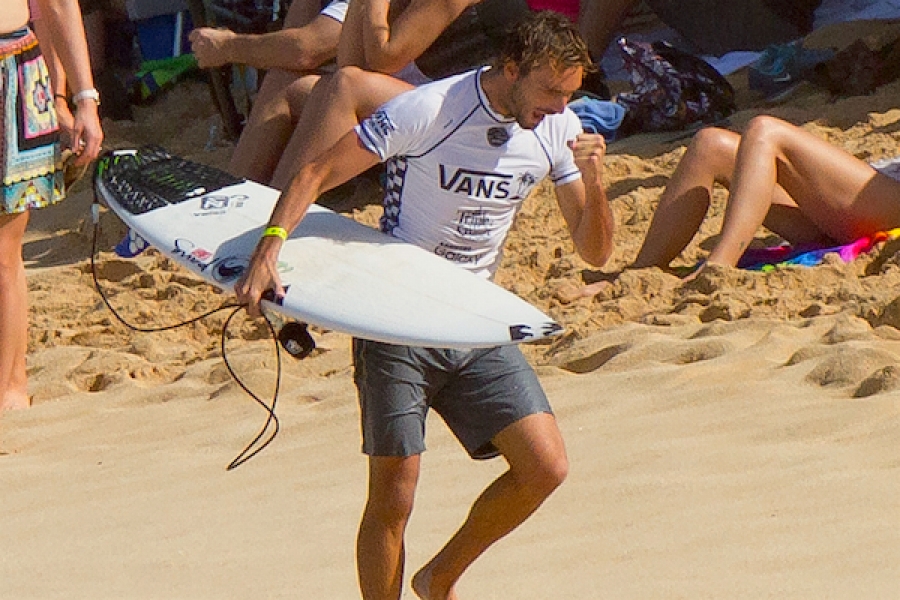 Frederico Morais was awarded an injury replacement spot for this year's Billabong Pipe Masters on Thursday,...

....giving him a much better chance of defending his lead in this year's race for the Vans Triple Crown. Thanks to that lead, the Commissioner's Office awarded him the main event seed left open by Alejo Muniz. 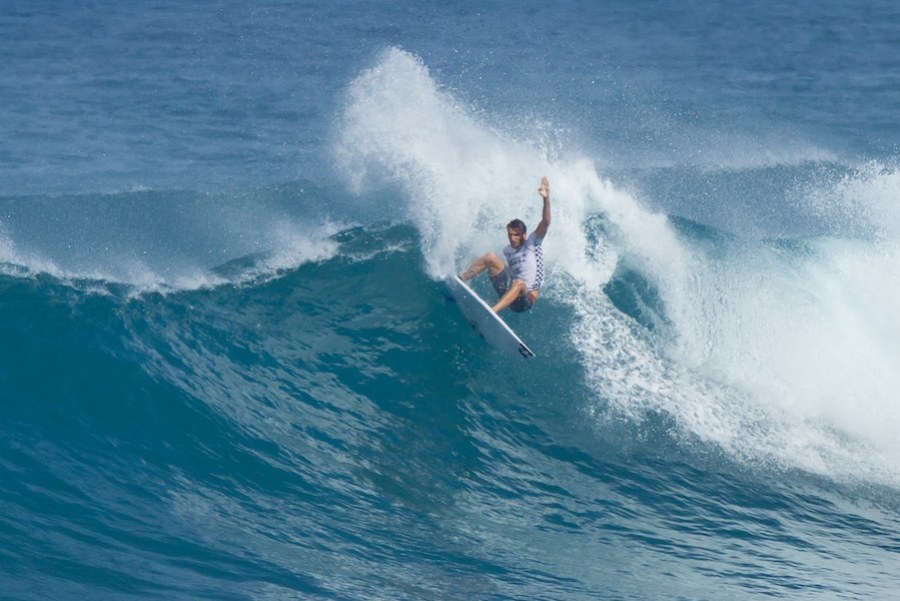 The 24-year-old from Cascais, Portugal has been on an incredible tear this season, bagging back-to-back runner-up finishes at the Hawaiian Pro and Vans World Cup.
He entered the final two Qualifying Series events ranked No. 28, well outside the Top 10 qualification cut.
He rocketed all the way to No. 10 during the Hawaiian Pro. After his second-straight finals appearance at the Vans World Cup, the last event on the QS calendar, he finished the season ranked No. 3. As a result he'll join next year's rookie class on the Samsung Galaxy Championship Tour.

While nobody thought Morais had a shot at qualifying heading into Hawaii, he hadn't given up. "I knew I could do well in Hawaii," said Morais. "I've done well here in the past, so I knew I could get a result. And I've been around long enough to know that the season isn't over until it's over."
Morais was the 2013 Vans Triple Crown Rookie of the Year. Three years later he's ready to make a run at the whole thing. Of course, he'll have to get past that guy right behind him...John John Florence.

Florence, winner of the Hawaiian Pro and newly crowned World Champion, is hoping to cap his season with the Pipe Masters Title that's eluded him. Being that Pipe is in his backyard, and Florence has already won four Volcom Pipe Pro Titles, it's nagging.
"Pipe is my favorite wave in the entire world," said Florence. "But, the Pipe Masters is one of the hardest events to win. This year has been the best year of competitive surfing of my life, If I could finish it off to win Pipe, I would be super stoked, but at the same time I am going to have fun and not put that pressure on myself. I surfed the Hawaiian Pro at Haleiwa relaxed and ended up winning, so I am going to take that attitude."

Jordy Smith is another big Triple Crown threat. After winning the Vans World Cup on Saturday he's tied with John John Florence for second place. The big South African clawed his way back into title contention this year after suffering through several seasons hobbled by one injury after another.
Commissioner Kieren Perrow provided Billabong the opportunity to fill the second injury replacement slot opened up by Matt Banting. Billabong in turn offered the spot to 2001 Pipe Masters Champion, Bruce Irons, brother of the late Andy Irons.

The Pipeline Invitational will start Friday at 8:00 am HAWT.