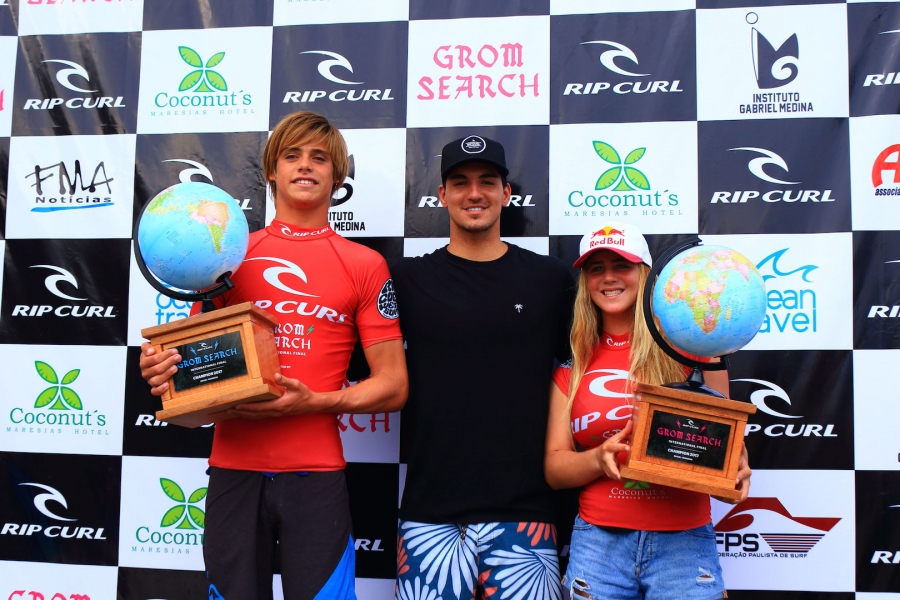 The United States has come out on top at the 2017 International Rip Curl GromSearch Final presented by Coconuts Hotel, with two San Clemente locals taking the top prizes.

For the men it was Kade Matson (USA), the youngest surfer in the draw at only 14 years old. And on the women’s side, Caroline Marks (USA) reigned supreme, not only coming out on top in the final heat, but also posting the two highest heat scores of the entire event.

Finals day of the event was called on at 9am on the beautiful Maresias Beach, Sao Paulo, Brazil, in punchy three-to-five feet surf. The conditions were challenging, but the beach break offered up plenty of opportunities for not only turns, carves and airs, but also the sneaky barrel.

The men’s final heat was one for the books, with Kade Matson (USA) essentially trading waves with his opponent, Rio Waida (IND) throughout the entire 30-minute heat. Rio put up a solid fight, throwing down some of the most impressive power surfing seen in the event, especially when taking into consideration his smaller size. But in the end it was Kade who found himself on the better waves of the event, linking larger outside sections all the way through to the inside for bonus points. 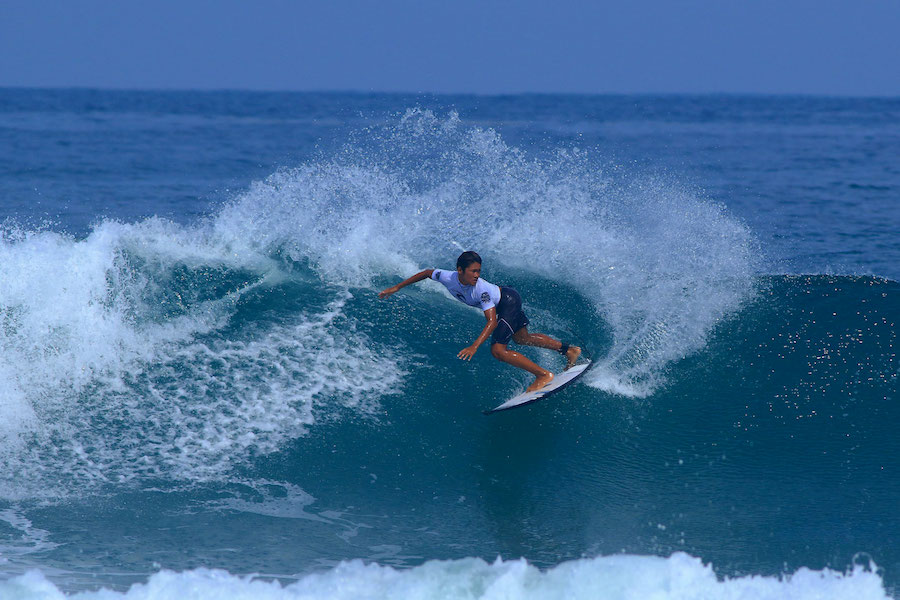 “Yeah, oh man, it was so tricky out there! But it was really fun, too,” Kade said. “Rio is such a good competitor, but I kept finding myself on some of the best waves coming through. That moment when I started thinking ‘I might be able to win this thing’ was awesome. You always go in to an event with the mindset you can win it, but being so young, I didn’t have too many expectations. I’m so stoked right now! This is definitely the biggest accomplishment in my career so far.”

At 14 years old, Kade is a rarity at the International Rip Curl GromSearch Final, as he qualifies for a younger age group (14-and-under) in his National GromSearch Series, which doesn’t lead to a spot in the International Final. But due to his talent, Kade was nominated as the alternate for the age group above him, and he got the chance to take out the National Final as a wildcard. It’s because of this wildcard situation that he’s had

the opportunity to compete in the International Final. Winning a world-renowned event at such a young age is a huge accomplishment. Congratulations Kade!

And on the women’s side, the winner Caroline Marks is no less impressive. Back in 2015, the last time the International Final was held at Maresias, Caroline finished third in a tight and high-scoring heat. Today, she took the momentum from that loss three years ago and channelled it into the best overall performance of the entire event. Posting a 9.5 on both day one and day two, she took claim to the highest heat scores each day of the event – between both men and women. And in the final, with the tide dropping out and conditions becoming more and more wonky, she managed to snag a heat total of 13.85 against her opponent Elli Turner (UK), who finished the final heat with a 10.05 cumulative total.

“It’s been a really great event for me, and I was extra motivated because I came so close to winning here a few years ago,” Caroline said. “The waves were really similar too – it was almost déjà vu! But I’m so stoked that I won – I’ve worked really hard to get here, and I’m more than ready to relax a little bit and celebrate!.”

After the final rounds had been run and done, the competitors headed back to Coconuts Hotel to be greeted by a crowd of locals looking to take part in the closing ceremony. Gabriel Medina attended and had the honour of giving the new International Rip Curl Gromsearch Final winners their trophies.

“It’s been so fun having all of you guys here this week,” Gabriel said, “And it’s great to see this next generation of surfers so motivated. The Interational GromSearch Final is a big deal – I won it, and a lot of other competitors on the CT have competed in it. Most of them, actually. So just know that you’re the next generation of surfers headed towards the World Tour. It’s been great having you, and congratulations!.”

It’s been a great week of waves here in Maresias, Sao Paulo, Brazil, and Rip Curl would like to thank the locals and the country of Brazil for welcoming us and our groms with open arms.

Congratulations to all of the surfers, especially Kade Matson and Caroline Marks… winners of the 2017 International Rip Curl GromSearch Final! 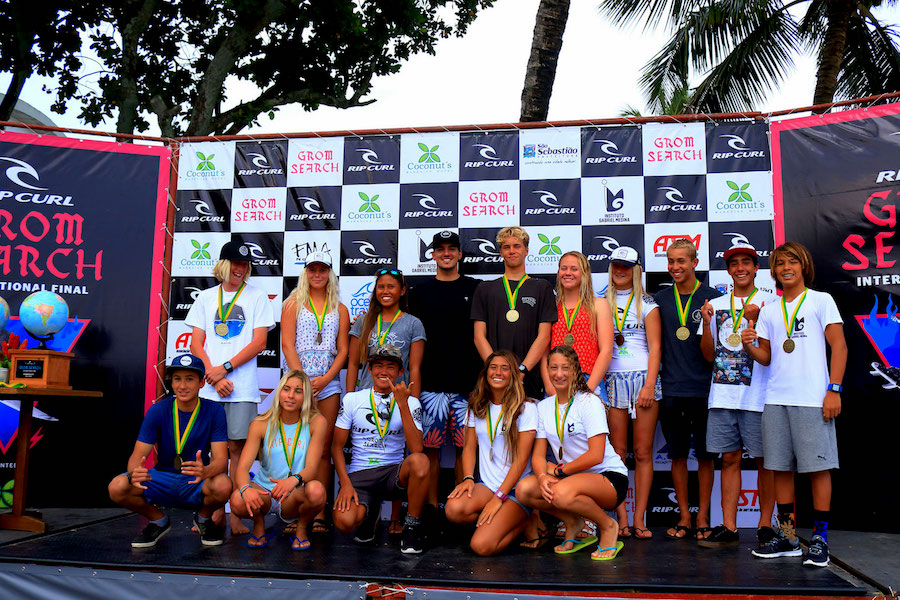 *The Podium. All the categories finalists with Gabriel Medina