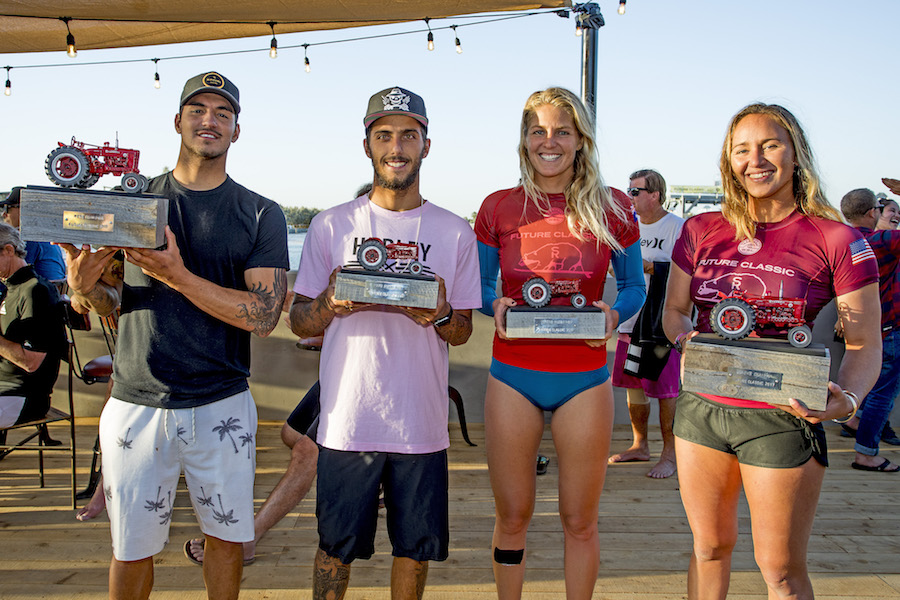 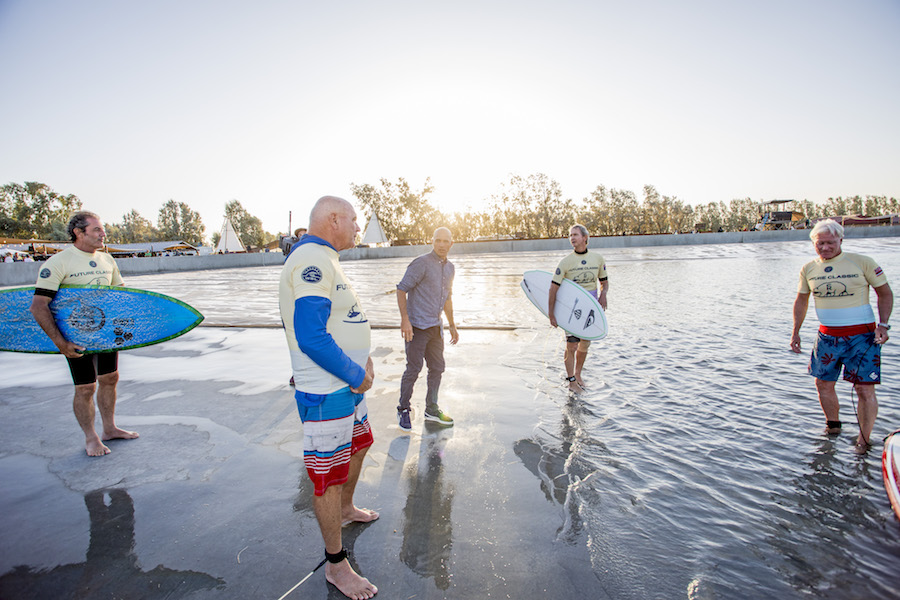 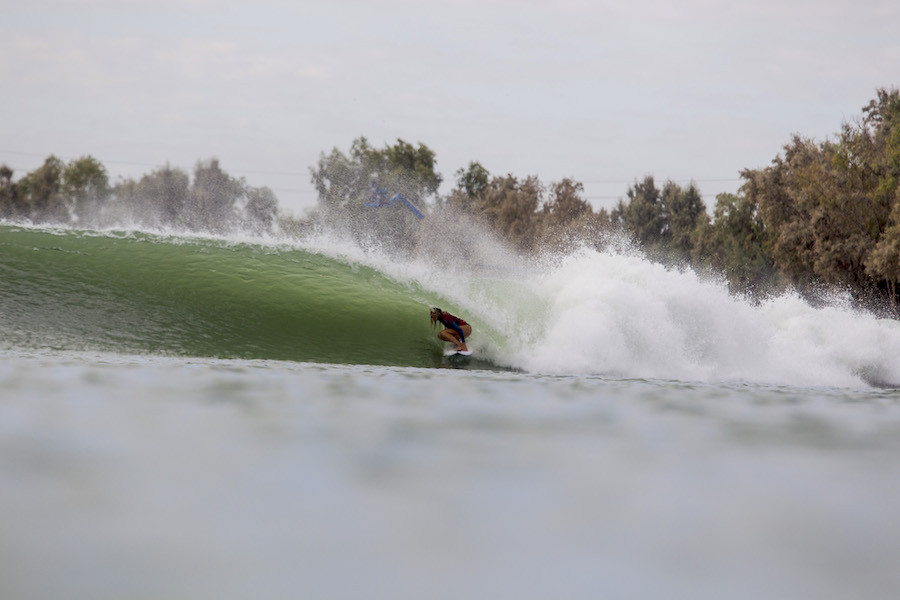 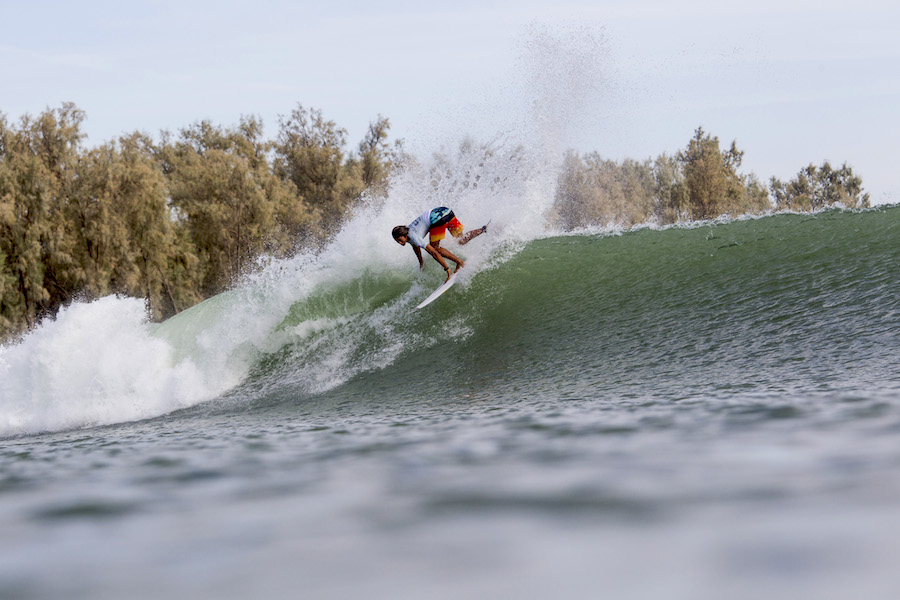 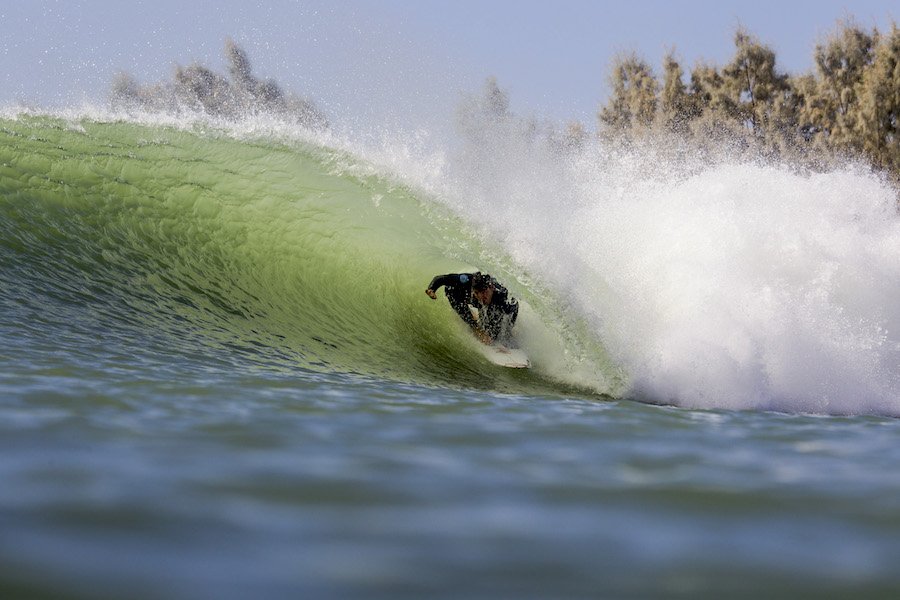 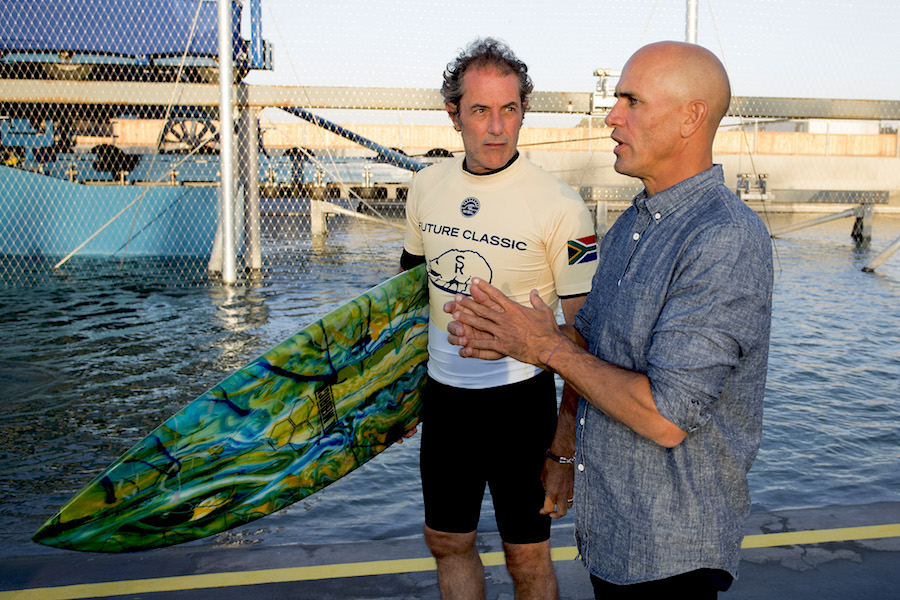 Surf Ranch played host to a cross-section of the world's best surfers to run the groundbreaking test.

"Having the ability to replicate, even partially, the power and shape of ocean waves for anyone in the world, in any location and at any time is a truly magical thing,” said Sophie Goldschmidt, WSL Chief Executive Officer. “The WSL intends to learn a lot - how this technology can be applied to live competition, how the surfers perform, how waves are scored, how we cover in broadcast, the overall experience that we can create and what it feels like to witness this kind of surfing."

Surf Ranch played host to a cross-section of the world's best surfers to run the groundbreaking test.

“This is just a magical day, I can’t believe it,” said six-time WSL Champion Gilmore. “Every single wave is so much fun and challenging and nerve wracking. That was just so special!”   Also on site was 11X WSL Champion Kelly Slater (USA) as well as seven founding members of the sport of surfing: Peter Townend, Shaun Tomson, Wayne Bartholomew, Mark Richards, Ian Cairns, Randy Rarick and Fred Hemmings.   “I’m just blown away by the whole project and to see it in real life is so amazing,” said Richards. “The wave is actually way bigger in real life that it looks on video. It’s been an incredible experience to be here and see the surfing.”   Yesterday’s event saw 18 surfers battle through two preliminary rounds, with each surfer getting the chance to ride four waves (two in each direction) and their highest-scoring left and highest-scoring right hand waves combined to make their heat total. The four top scoring male and female surfers advanced on to the finals.

"It's perfect. It's that wave that we dream about, the one that we draw on paper,” Toledo said. “The one that you dream about -- being able to surf it, fitting in the barrel for 20 seconds and make it out and turns, turns, and then a final maneuver. Just, mind blown."   On the men’s side it was Medina, Toledo, Igarashi and Buchan that made it through to the Final and on the women’s it was Moore, Gilmore, Wright and Defay. Eventually it was WSL Champions Medina and Moore that came out on top and claimed victory at the historic event.   “It feels amazing,” said Moore.

“I just didn’t think it was going to be possible to win so I’m so pleased.”   "I'm so stoked to be part of history," Medina said. "This is such an incredible day for surfing, and I'm really proud to be a part of it.