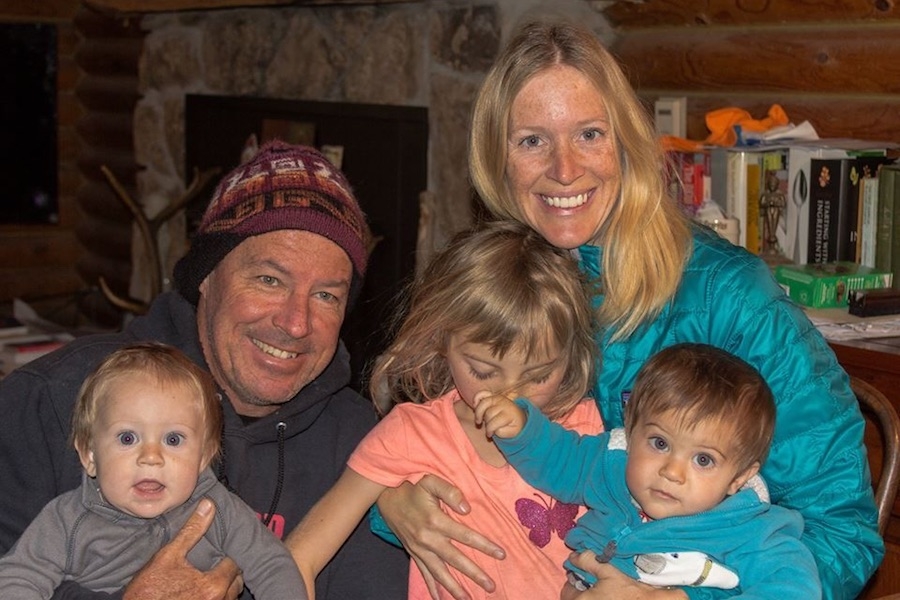 Stan Searfus, with his wife and three of their children Fundraiser by Lindsay

Stan Searfus, 56, died this Friday morning while surfing with a good friend off Sunset Cliffs near Point Loma Nazarene University, according to a GoFundMe page.

According to fox5sandiego.com "...Searfus leaves behind his wife Jan and children Hank, Oskar, Clark, Berkeley, and young twins Jake and Josh.

"Stan lived with his family in Coronado where he was a devoted and active member of the community where he was a lifeguard, Coronado High School and Middle School surf coach and founder of Blue Wave Coronado Surf Camp," the fundraising page stated. "He was passionate about the youth in his community and would lend a hand to anyone who needed. His selflessness and joy for life was absolutely tangible by anyone who was in his presence. After meeting him just once, he would call you his friend."

A friend reported him missing in the predawn darkness around 6 a.m. and emergency crews discovered him unconscious and not breathing in the water at 6:49 a.m., San Diego Fire-Rescue Department spokeswoman Monica Munoz said. He was pulled onto a lifeguard boat and rushed to lifeguard headquarters in Mission Bay as emergency responders performed CPR for more than 30 minutes on the boat and on a dock outside the lifeguard station.

Despite the emergency medical intervention, the surfer died, Munoz said. The San Diego County Medical Examiner was notified and will determine the cause and manner of death.
The victim's friend told emergency dispatchers the pair was surfing in the dark when the victim took off on a wave and never reappeared. The friend later found the missing surfer's board washed up on shore, but there was no sign of his friend.

An online fundraiser was created Friday to help Searfus' family.  The community was planning to meet at 4 p.m. Friday.

Coronado Unified School District Superintendent Karl Mueller said the surf club members were informed and students had access to counseling.  All district principals and staff were told of Searfus' passing and were available to support their students.

"This is a very sad day for Coronado-we have lost one of the jewels in our crown," Mueller said...."