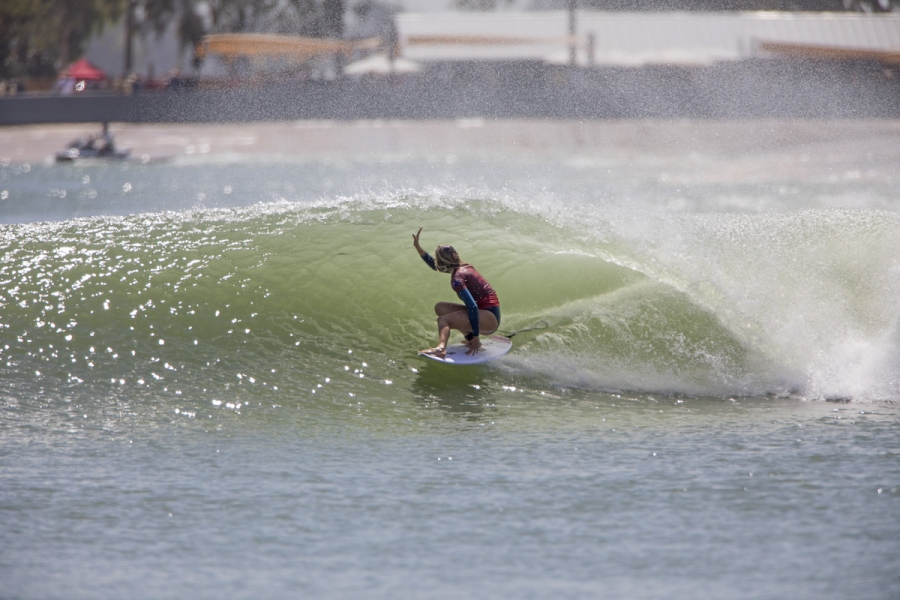 On May 5 and 6, 2018, the world-class and man-made wave venue of Surf Ranch in Lemoore, CA will host its first public event organized by the World Surf League (WSL). Presented by Michelob ULTRA Pure Gold, the Founders’ Cup of Surfing – a WSL specialty event - will gather the world’s best surfers on a historic region-versus-region teams format. Five teams - USA, Brazil, Australia, Europe and World - made up of men’s and women’s surfers from the elite WSL Championship Tour, will compete over the two-day event.

The Surf Ranch facility, which was revealed online to the public in December 2015, boasts the best man-made wave in history - a 700-yard, high-performance, bi-directional wave featuring barrel sections and maneuver sections. Primarily existing as a testing facility, the Lemoore site has spent the past two years dialing in the technology under the guidance of 11-time WSL Champion Kelly Slater (USA) and feedback from visiting WSL surfers. A private test event last September proved very successful, paving the way for the May Founders’ Cup of Surfing to be the first time the public will be allowed onto the grounds.