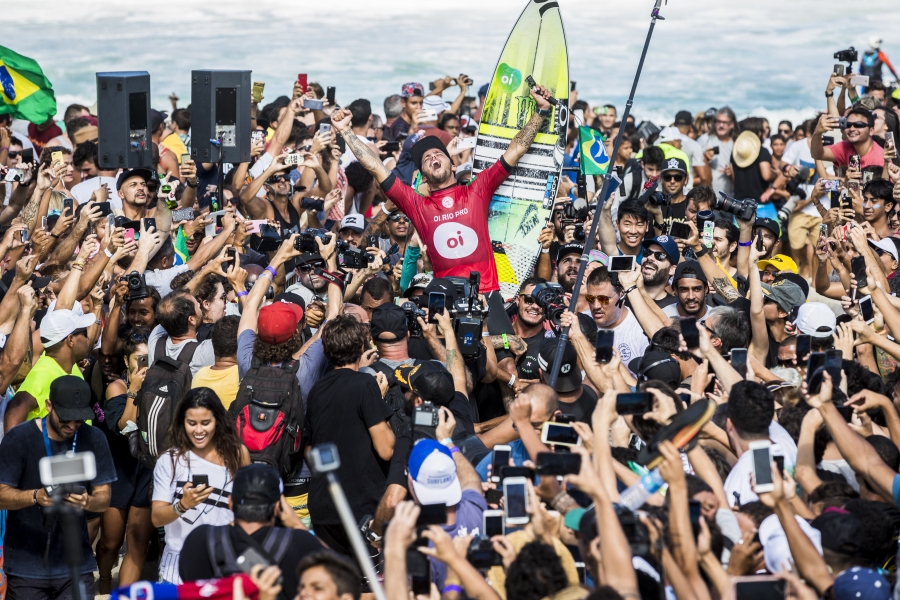 Filipe Toledo (BRA)took home the Oi Rio Pro win today in front of a capacity crowd at Barrinha in Saquarema... 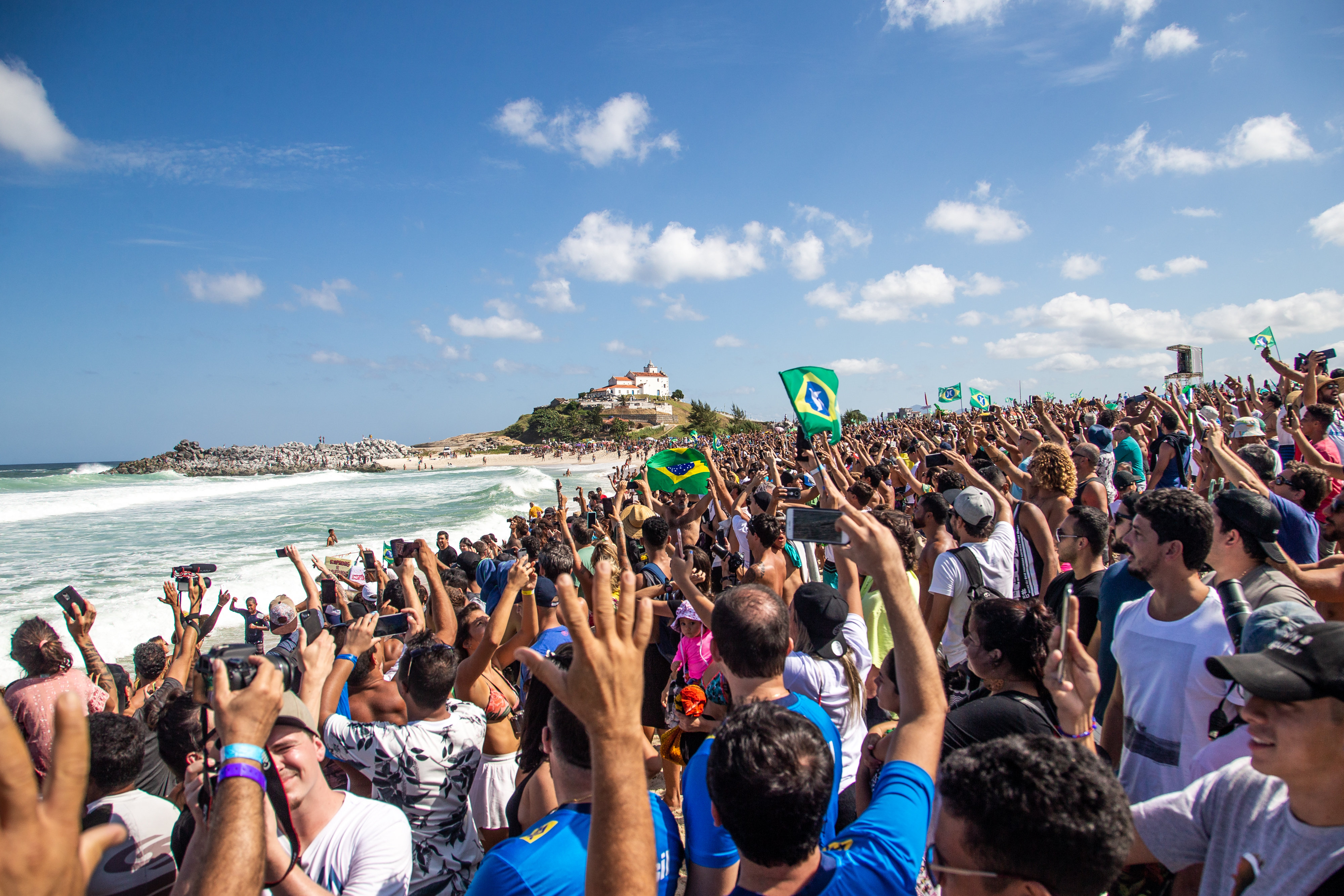 Stop No. 4 on the World Surf League (WSL) Championship Tour (CT), the Oi Rio Pro, witnessed thousands of fans cheering on Toledo as he earned his second CT win in Brazil and the sixth of his career. Toledo now rockets from 9th place to 2nd on the Jeep Leaderboard, putting him well in the World Title conversation at the tour’s halfway point.

Toledo celebrated his win surrounded by family, friends, and fans. Following the Final, he expressed that his win today was particularly emotional because of the Brazilian support on the beach, but also because he recently welcomed his newborn son, Koa, into the world just two days before the start of the competition window. 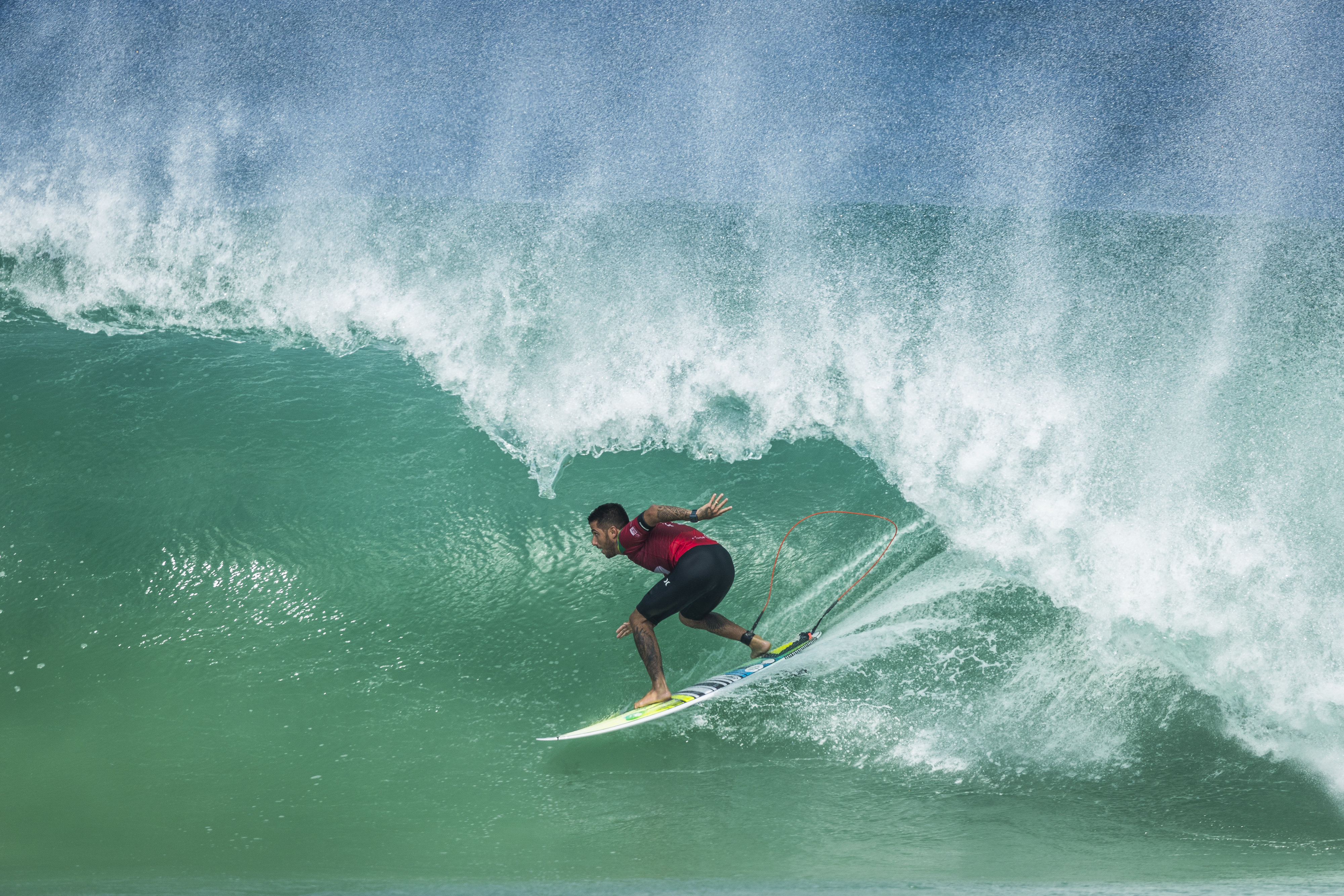 “It is emotional to win here in Brazil in front of this crowd,” said Toledo. “Coming back home and having this amazing support from the crowd, especially for my baby Koa, it is unbelievable. My son and my family are motivation for me. I am one of those athletes who performs well under pressure. Koa means warrior and I definitely was a warrior to go out there and get that trophy.”

Toledo delivered incredible performances throughout the Oi Rio Pro with wins against Carmichael in the Final, Julian Wilson (AUS)in the Semifinals, and Kolohe Andino (USA)in the Quarterfinals. Toledo was also the first and only surfer to score a Perfect 10 at this year’s Brazil event. The 23-year-old, who has yet to lose in a Final, will now head to Bali only 1,340 points behind Wilson.

“The Final is a win or it is a second,” continued Toledo. “It is the last heat and the last chance. That is what I put on my mind. It is time, the big show, my stage, and my passion. I think Barrinha the last few days has been amazing, and I’ve been training here since I’ve gotten here. It was amazing to surf over here." 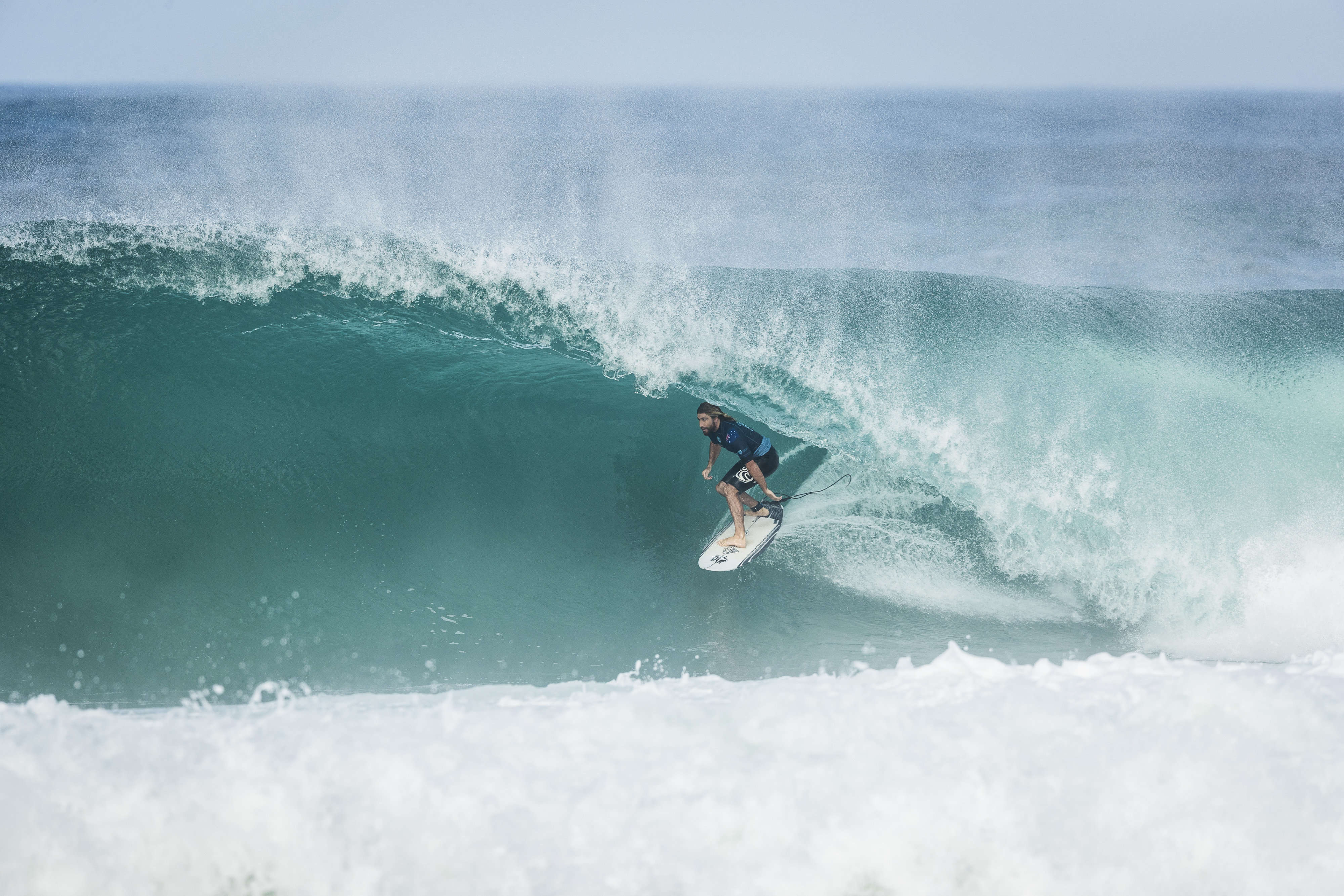 Australia’s Carmichaelhad a breakthrough result today with his first Final on the elite CT. The 25-year-old from the Central Coast played spoiler by overcoming Brazilian hero and 2014 WSL Champion,Gabriel Medina (BRA), in the Quarterfinals and Ezekiel Lau (HAW) in the Semifinals. Carmichael’s result is also the best out of the CT rookie class and puts him in front of the Rookie of the Year race. Carmichael was previously ranked 16th in the world and now moves to 5th heading into the Corona Bali Pro.

“I felt good out here,” said Carmichael. “My surfing was working and I did not change much and stuck to my guns, and it all came together. There is a lot of power in this wave, and I always love getting barreled. The crowd is electric. Even though it is not for me, it still feels good and it is epic to see. I am still learning, soaking it up, and enjoying my time.”

The Final Series saw no shortage of action today from all competitors as they battled in four-to-six foot (1.2 - 1.8 metre) waves at the event’s backup site, Barrinha. In the Final, Toledo exited a deep barrel for a near-perfect 9.93 (out of a possible 10) to put the early pressure on Carmichael. Toledo continued to put on a show for his fans with another escape from a tube for a 7.17. Unable to find the required scores to challenge the Brazilian, the Australian will celebrate his runner-up result.

Despite being eliminated by Toledo, Wilsonwill retain the Jeep Leader Jersey at Stop No. 5 of the elite CT. Wilson’s third-place finish and his win on the Gold Coast strengthens his 2018 campaign for his first World Title. Wilson needs to continue his momentum in order to fend off the three Brazilians who now sit closely behind him on the Jeep Leaderboard, including Italo Ferreira (BRA)in third and Gabriel Medina (BRA)in fourth.

“I am glad I made it worth my time for sure,” said Wilson. “It has been hard being away from my little girl and my wife, and to come over here and dig out a good result feels really good. I am happy to have a third, but I would have loved to have won. Kermas is one of my favorite waves that offers everything. We will see what we will get this year at Bali. We could get perfect barrels and nobody is going to complain, but it could be four foot with some wind on it and everyone could raise the bar.”

Brazilian superstars Medina, Yago Dora, and Michael Rodriguesall fell in the Quarterfinals and will exit in Equal 5th place. This result marks Rodrigues’ second Quarterfinal of the year and Dora’s best in 2018.

The world’s best surfers will now head to Keramas for Stop No. 5 on the WSL CT, the Corona Bali Pro, which holds a competitive window from May 27 to June 9, 2018.