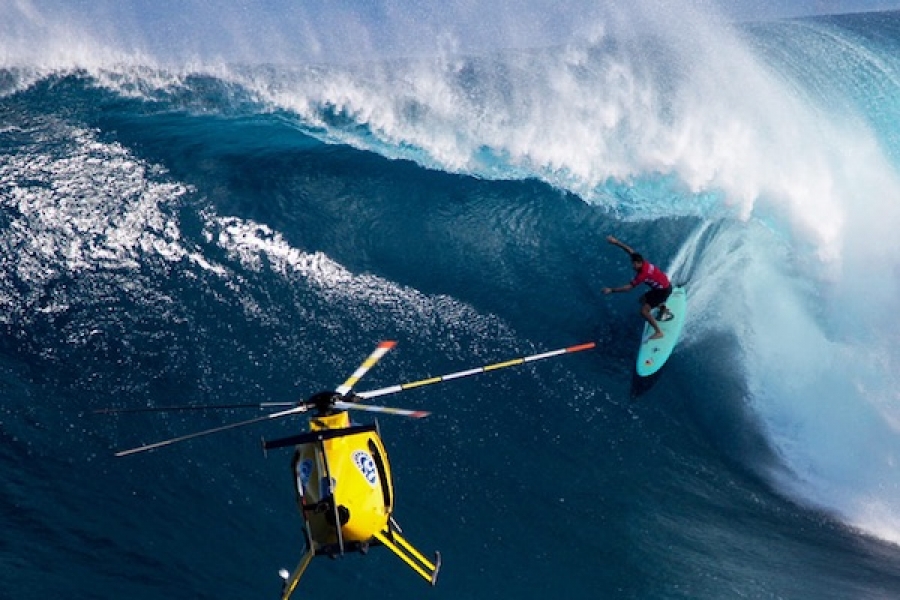 Maui surfer Billy Kemper has taken out the 2018 Jaws Challenge, at Peahi. It was the third time he won the event.

The second day of competition had backside barrels, air drops, impeccable surf lines, and even deep tube rides. But the conditions were far from perfect, and waves were definitely smaller.

Kai Lenny rode the best wave of the 60-minute final, and only missed victory by 0.28 points. He climbed four places in the rankings, and now sits in a comfortable position - third place - to attack the world title.

Grant Baker, who won the first event of the Big Wave Tour in Nazaré, finished fifth. He was the only non-Hawaiian athlete competing in the final.

Billy Kemper proved he is and will be the man to beat in Maui. The local standout showed control, and always managed to complete his best waves.

"I told myself I was never going to stop winning it until I was done competing in here. That's my goal. Every time I surf out here in a heat my goal is first and only first," said Kemper.

"Yesterday, it was probably the most radical day of surfing history in competition. We, on that first heat, were the ones who really set the bar for this event. I'm over the moon."

The third and final stop of the 2018/2019 Big Wave Tour season is the Mavericks Challenge. The event's window runs from November 1 through March 31.