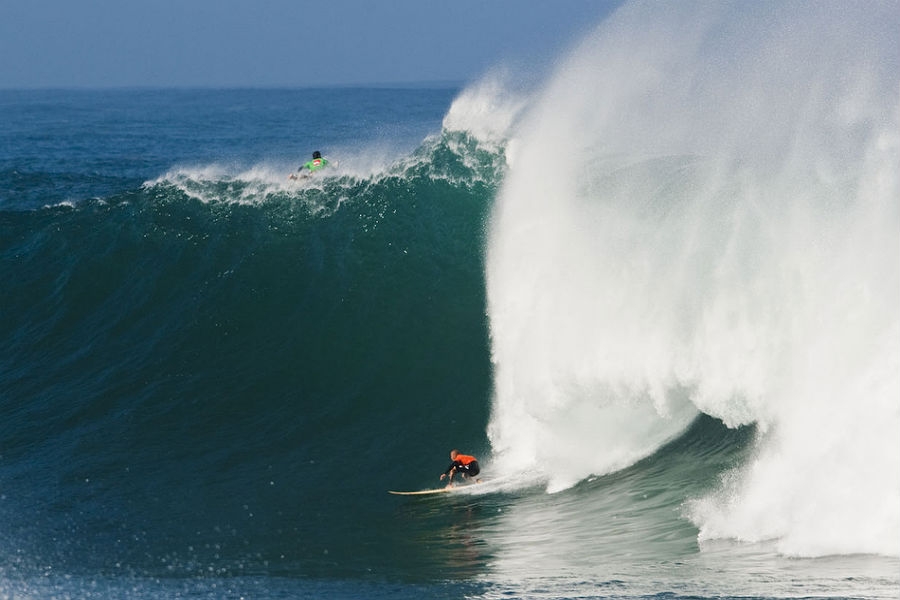 Once he retires from the WCT, obviously…

In an interview for ‘Globo Esporte’, Garrett Mcnamara expressed his respect for Kelly Slater, and believes he will have a major future in the Big Wave World Tour, once he retires from the WCT.

It not big news to anyone that Kelly likes to tame giants, and has done so on several occasions. He even, at one point, failed to participate in a WCT event in Jeffrey's Bay to take advantage of a historic swell in Fiji. This is what Garrett had to say: “Kelly can surf anything from small waves to sea monsters. He is still focused on the WCT, but when he retires from the circuit, I have a feeling that he will devote to the big wave circuit. And will probably win this race for over 20 years (laughs). I have no doubt. Kelly wants to win his 12th world title, but he loves to surf big waves, as well as many other surfers on the circuit, as John John Florence and CJ Hobgood. Hobgood asked me the other day: "Hey, Garrett, how are things there? When is a good time to arrive?”.

Garrett goes further and states that Slater found Nazaré before himself. "He comes here to surf Nazaré over the past four years. He even came before me, before I knew Nazaré in 2010. The first time I came I called him and asked: "Kelly, how is Nazaré, can I go?". And he answered: “How are you? The waves are big. Any mistake could be your last mistake, Garrett, Be careful.".

According to Garrett, Nazaré is one of Slater’s favorite destinations, and puts forward a 'prophecy'. "There is no other place in the world where you can sit and watch the surfers ride a giant wave so close. Kelly comes every year because he loves it. He sits at the lighthouse, to feel the power of those waves. When he is in Europe and Nazaré is big, this is his preferred place. We’ve Surfed together here two or three years. He surfed waves almost 5m in North Beach, but has not yet surfed giant waves. But, I bet that in the near future, in two or five years, he'll be dominating not only this peak, like many other big wave. Kelly is a myth, "he affirmed.