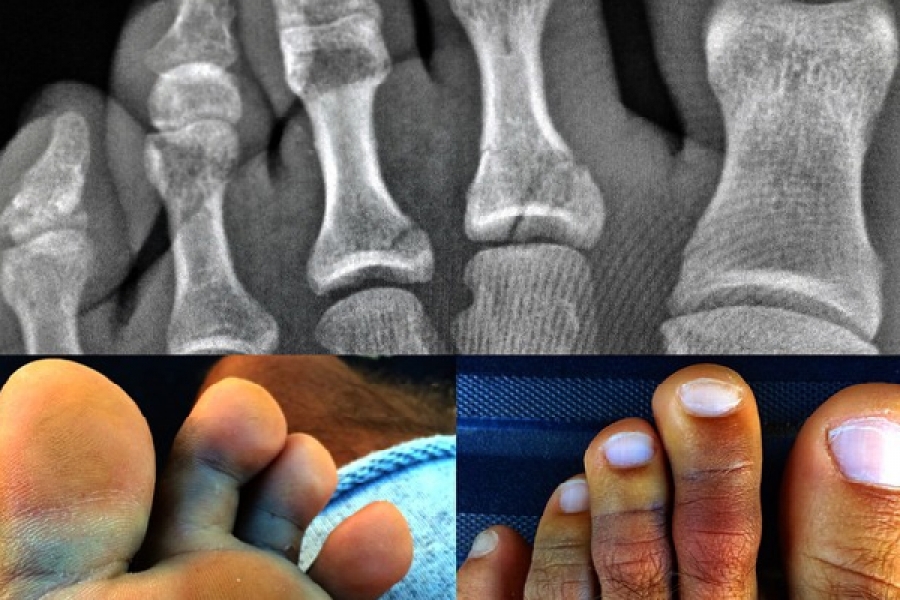 Three to four weeks recovery, Kelly certain he will be at the Pipe Masters.

As suspected Kelly Slater has an injury: two broke toes after surfing 10 feet waves at Cloudbreak, while getting some footage for a new Taylor Steele video. Kelly himself shared the news on his Instagram account:

“#FootPrognosis...I broke my second and third toes and also sprained three or four toes on left foot surfing Cloudbreak a couple days ago. Three weeks or so of healing in a walking boot and a couple more weeks of some rehab but should be ready to go by the #PipeMasters waiting period. The foamball from the lip landing inside the barrel bounced back up and flipped the board into my foot, hyper-extending the toes”, he stated.

He also added an explanation on how all went down: “The foamball from the lip landing inside the barrel bounced back up and flipped the board into my foot, hyper-extending the toes backwards. My second toe was sitting kind of across my third one so I knew something was a little off. The worst thing about it was how good the surf was and having to watch from the sidelines afterwards. At least the boys scored a few before the wind went bad and swell backed off. The day before that I went over the falls and broke my fin off with my knee so I’m actually probably lucky to not have gotten hurt worse. Good time to reflect and cleanse the body after two weeks of bacon and barrels at Tavarua.”

One thing seems sure: he won’t make it in time to be one of the candidates for winning the Triple Crown, since the first event, Reef Hawaiian Pro, starts at November 12th, and he still has at least three or four weeks of recovery. Come on, Kelly, put yourself in shape!