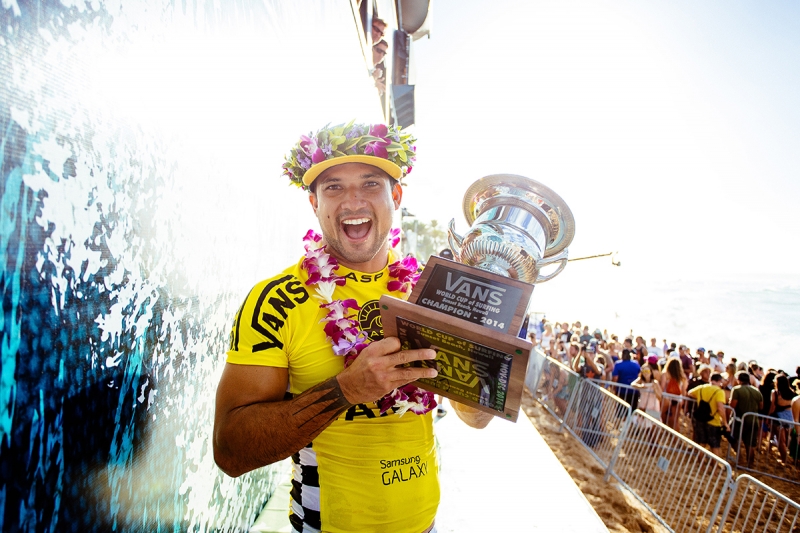 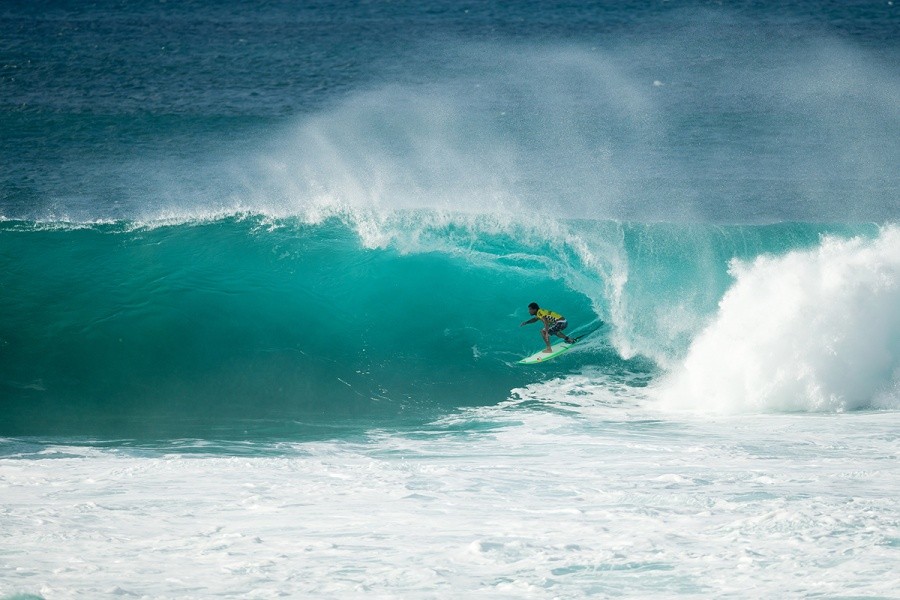 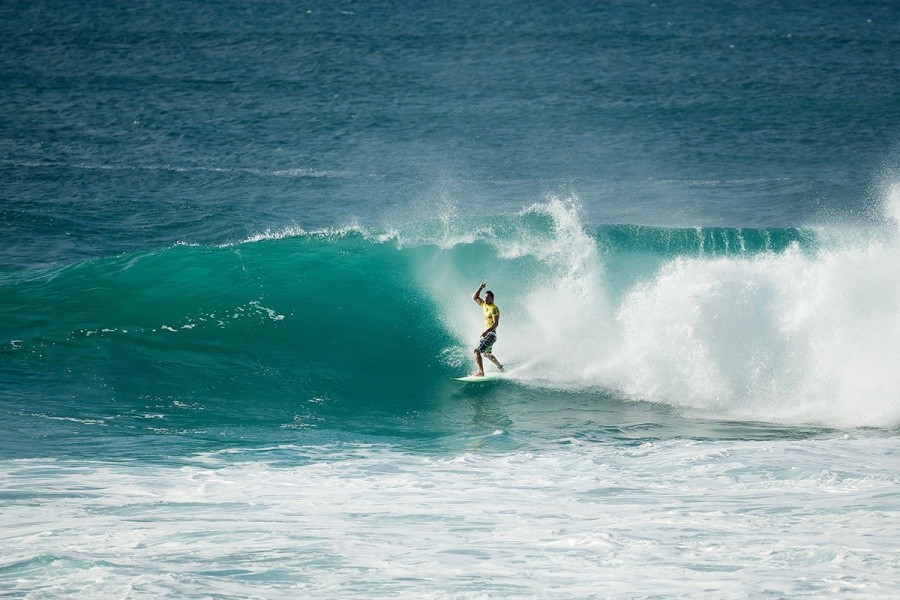 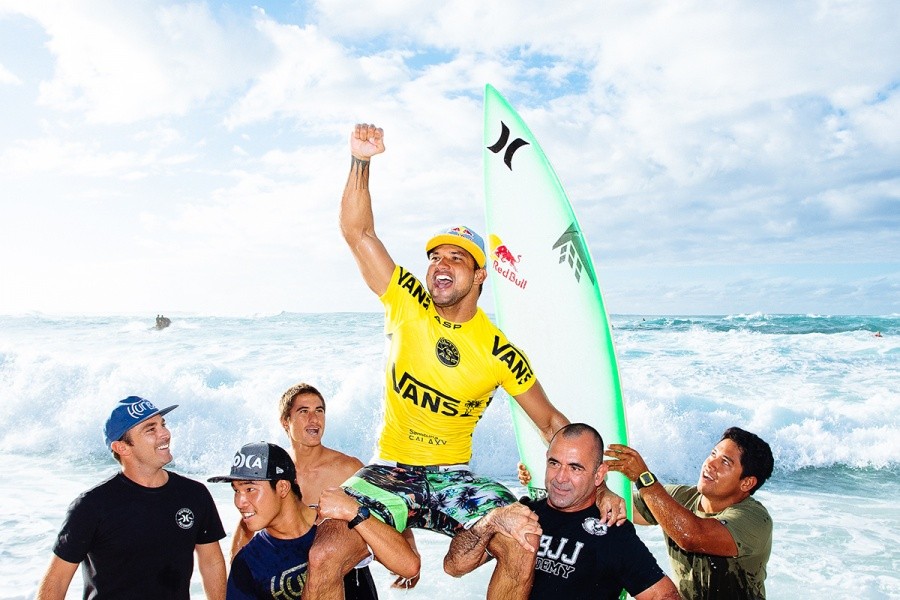 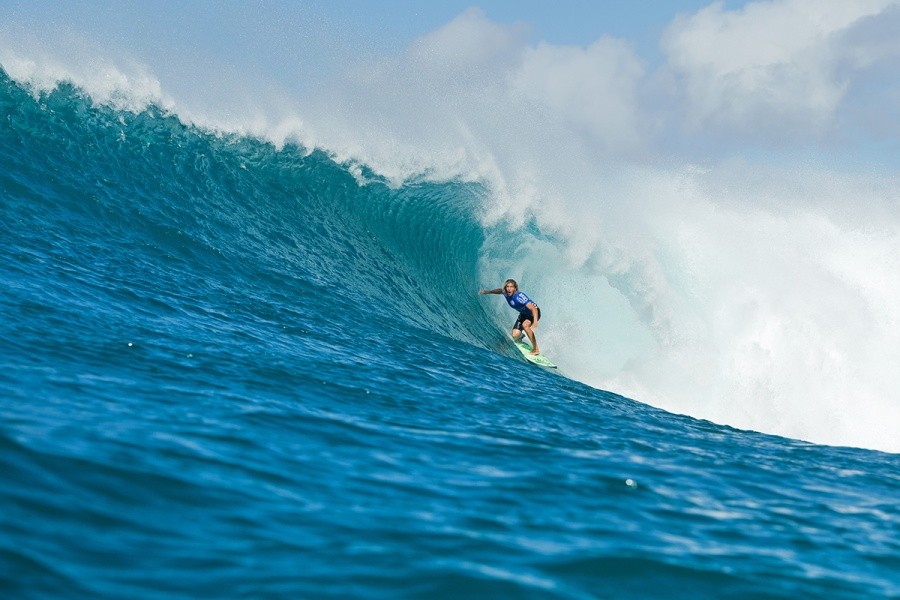 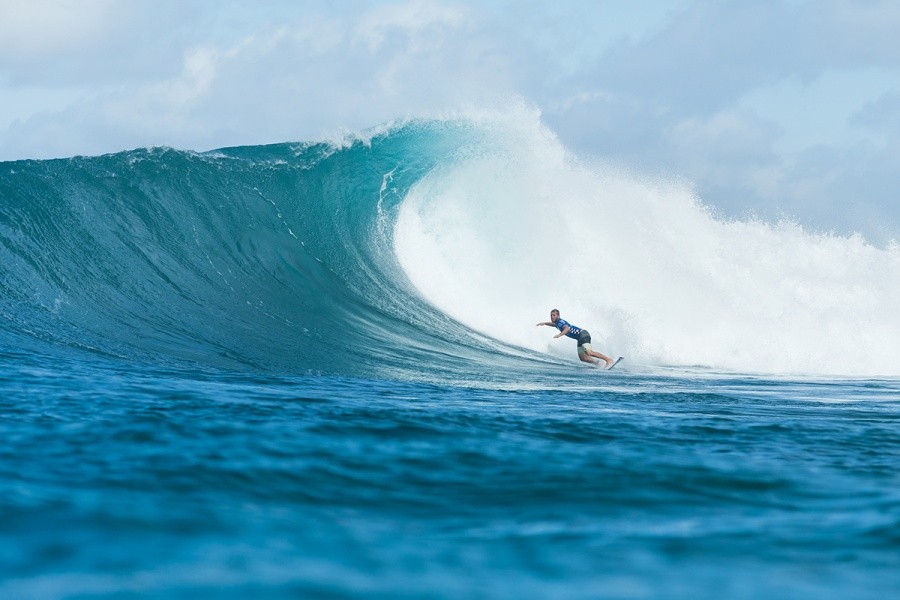 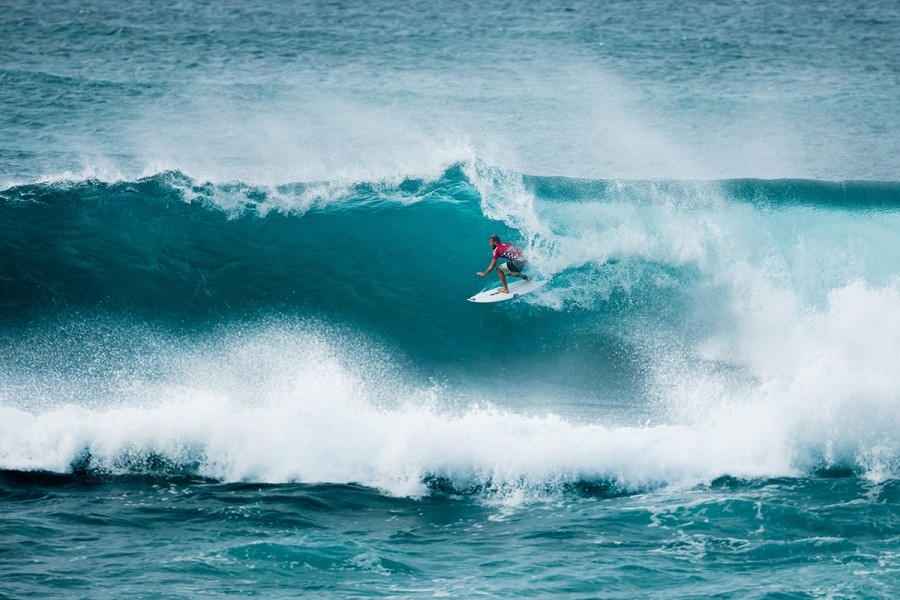 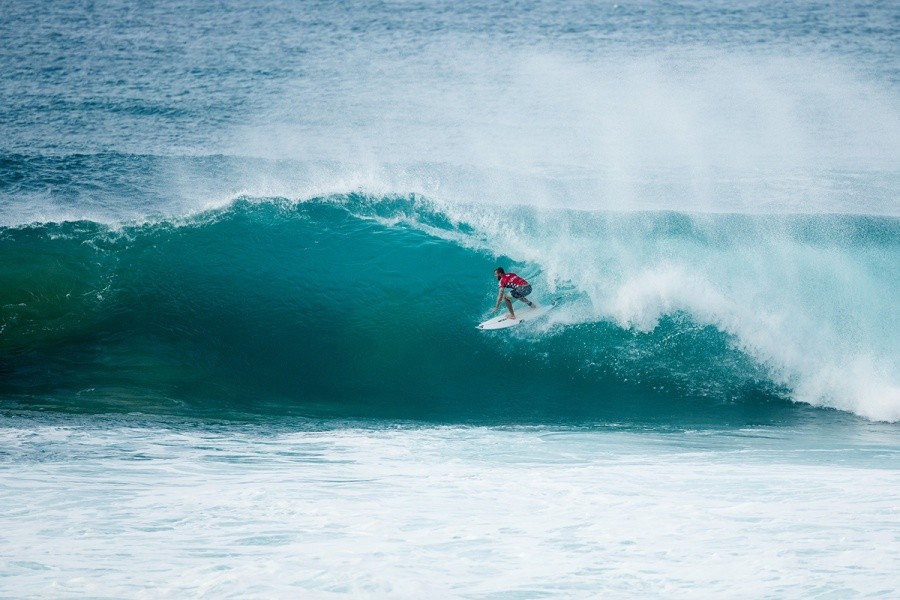 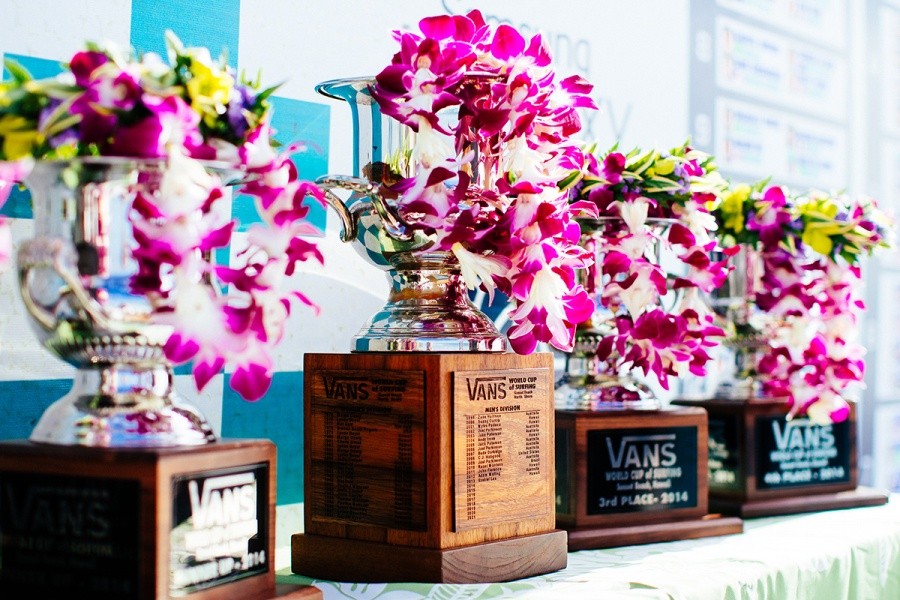 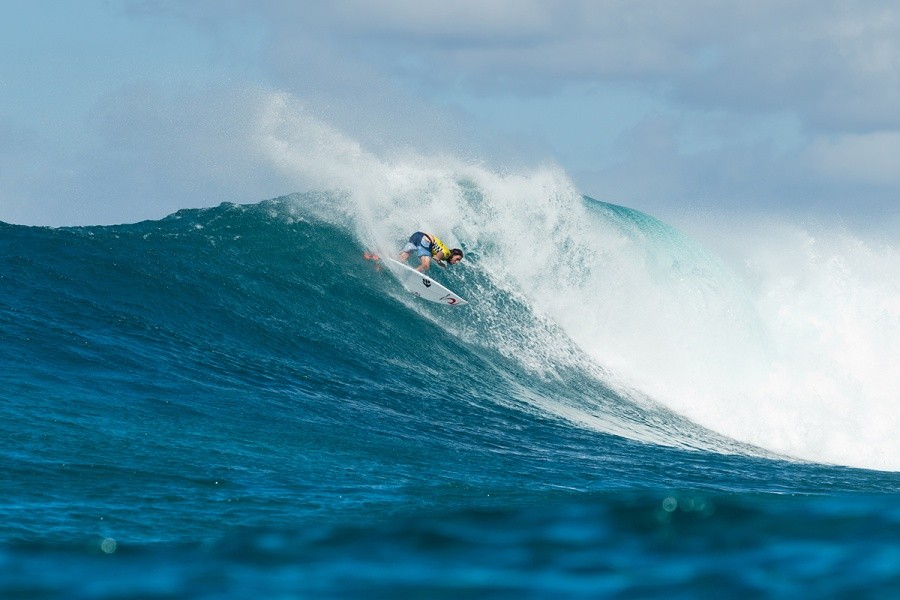 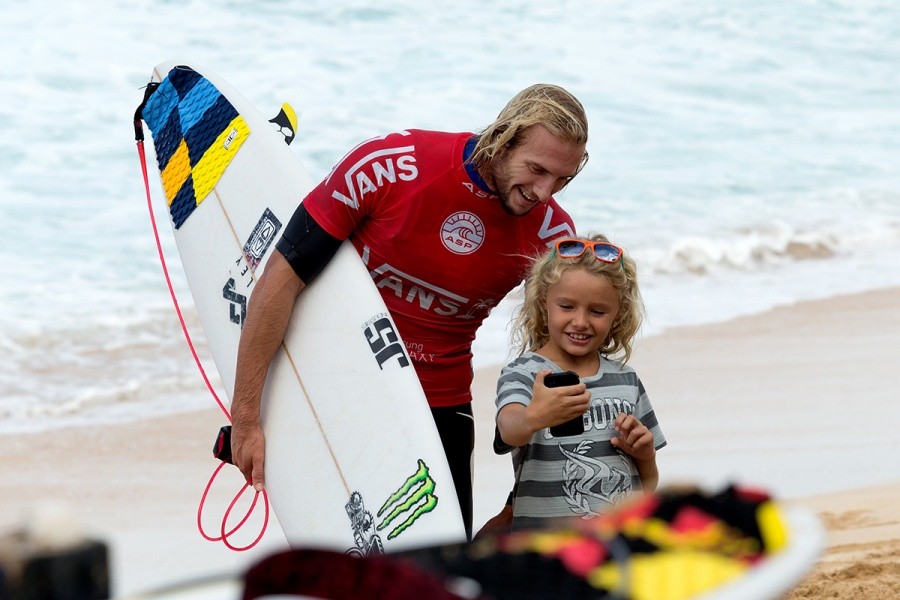 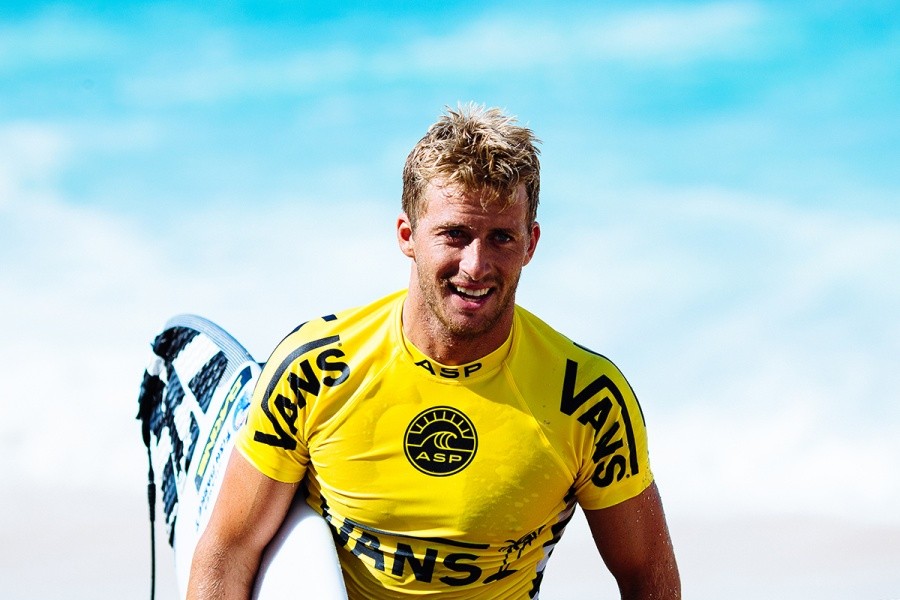 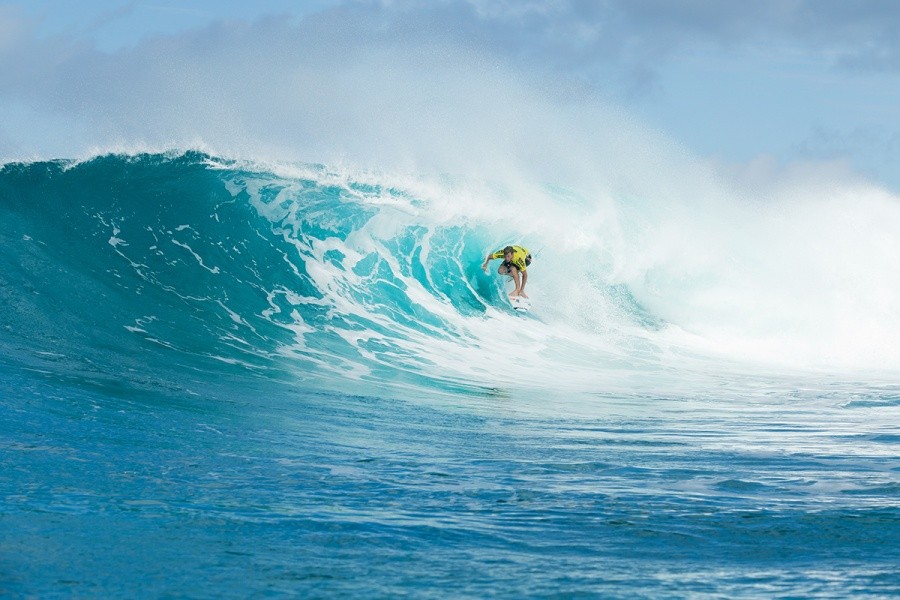 Bourez, 28, turned the tables on Dusty Payne (HAW) and eclipsed the scores of Sebastian Zietz (HAW) and Ian Walsh (HAW) in the 35-minute final. Bourez is now at No. 2 on the Vans Triple Crown series ratings behind Payne, and their battle will come down to the Billabong Pipe Masters next week.

"It took a lot to get that win today, but I just tried to stay positive and tell myself that there's always a chance and an opportunity," said Bourez. "I really wanted to come here and get a big result so I can finish the year really well."

"It's going to take a lot to do well next year and I know exactly what I have to do to win events in 2015. I'm going to try to do my best to stay in the Top 3 and stay close to the World Title. It felt great this year to be close and touch it a little bit."

"I'm not really thinking about the Triple Crown this year, my main goal will be to stay in the Top 5."

Bourez's rivals never relented, especially Payne. En-route to the final his surfing was clearly at a level above the rest of the field. After a win at Haleiwa two weeks ago, Payne leaped into qualification contention for the 2015 Championship Tour. His second place finish today secured his place among the elite Top 34 for next year. As the icing on the cake, the ASP also offered Payne a start in the main event at next week's Billabong Pipe Masters, giving him a shot at winning the Vans Triple Crown title - a pro surfing accomplishment that is second only to an ASP world title. The spot in Round 1 opened up today after CJ Hobgood confirmed he will not be fit to compete at the Billabong Pipe Masters.

"I wanted to come into Hawaii and have a good showing, so far so good!" said Payne.

Payne qualified for the ASP Championship Tour before and spent three seasons there - 2010, 2011 and 2012 up until an injury - before dropping off, never realizing the potential everyone knew he possessed. It has taken a complete lifestyle, fitness and attitude shift for him to stand where he is today. When informed that he had indeed sealed a berth on the 2015 Championship Tour, he punched his fists in the air and let out a loud yell.

"Yes! My approach now is way different than it was five years ago," Payne explained.

"I feel like I've closed that chapter in the book and I'm just happy to be surfing and healthy again. My approach to next year will be no different than the way I've approached these events here. I'm just looking forward to Pipe and getting barreled!"

And down the road? "Hopefully a couple of world titles."

It would be hard to question given what we've seen the past three weeks.

Zietz, 26, and Walsh, 31, were dominant forces in the powerful surf on offer today. Walsh, who is better known as a big wave specialist, was especially impressive and the only finalist to have surfed through all seven rounds of the competition, including the four rounds he contested with each of the finalists today.

The action now shifts a mile down the road to the Banzai Pipeline, where the battle for the 2014 ASP World Championship Title will take place between Gabriel Medina (BRA), Mick Fanning (AUS), and Kelly Slater (USA). It will also be where the final lineup for next year's Championship Tour is revealed. Presently, the following surfers have secured their place through the ASP Qualifying Series: Australians Matt Banting, Julian Wilson, Adam Melling and Matt Wilkinson; Brazil's Wiggolly Dantas, Jadson Andre, and Italo Ferreira; and Hawaii surfers Payne and Keanu Asing. Brett Simpson (USA) and Ricardo Christie (NZL) could qualify if Julian Wilson (AUS) and Jadson Andre (BRA) hold their place on the ASP World Championship Tour (WCT) rankings. Tomas Hermes (BRA) and Garrett Parkes (AUS) could also move in if Adam Melling (AUS) and Matt Wilkinson (AUS) climb into the top 22 on the WCT rankings next week.

The holding period for the Billabong Pipe Masters begins on Monday, December 8 and runs through Saturday, December 20.