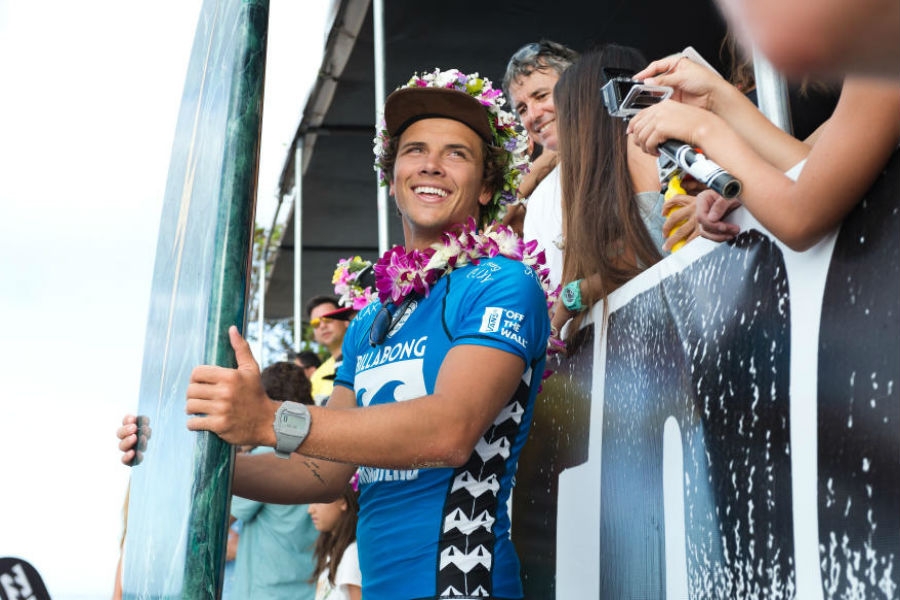 "Happiest day of my life" ASP

Spectacular result for a season where Julian didn't live up to all the expectations.

Australian Julian Wilson has won both the Billabong Pipe Masters in Memory of Andy Irons, and the Vans Triple Crown of Surfing after defeating World Champion elect Gabriel Medina (BRA) in the closest Pipe Final on record. The victory marks his only win of the 2014 Samsung Galaxy ASP World Championship Tour (WCT) and his second CT win of his career. He pocketed $100,000 for the event win and a bonus $50,000 for the Triple Crown series.

The result is Wilson’s best of the season, bettering his third place finish at Bells Beach, and sees him end the year with a ranking of 14th on the WCT, marking him as a solid starter for 2015. It was a life-affirming moment for the 26-year-old who built momentum in the barreling 8-foot waves and overcame Medina’s inspired, pressure-free performance in the Final.


“It was an incredible day and I’m honestly speechless,” said Wilson. “Words can’t describe, I don’t even know how to feel yet. To win the Pipe Masters in good waves and having been out in the water for three heats in a row is amazing. I just found a groove and me and Gabriel got to duel it out -- that’s what it’s all about.

It all came down to pure, deep, committed tube riding. The surfers opened the Final going different directions on the same wave for tube rides and ended it with a brilliant exchange. Final scorelines showed 19.63 (9.93 and 9.70) for Wilson, to Medina’s 19.20 (10, 9.20)