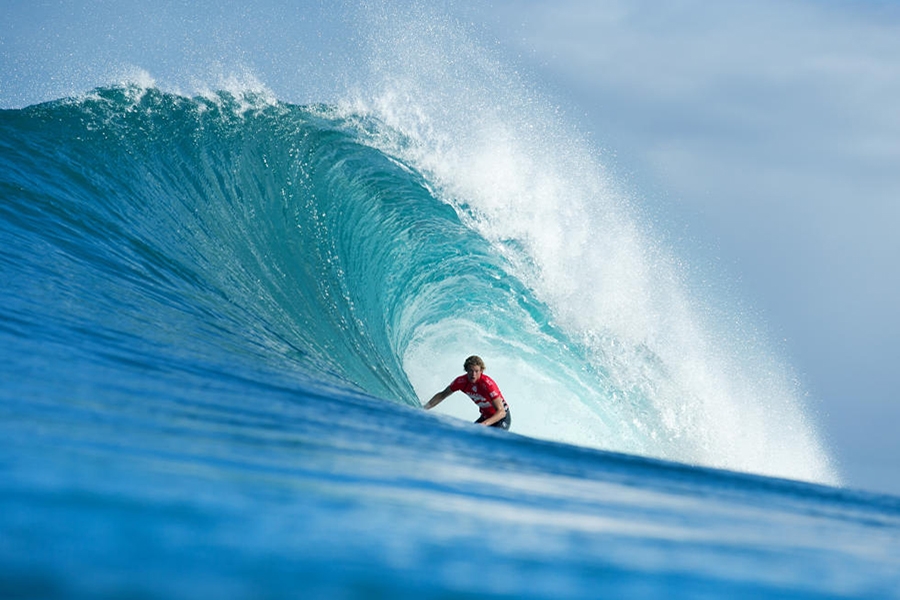 Will we see John John fighting for the gold medal in 2020? WSL

Eight sports currently vie for entry into 2020 Olympics. Surf and skateboarding among them.

Surfing and skateboarding are making a pitch to be included in the 2020 Olympic games scheduled for Tokyo according to a recent story by The Australian. The two boardsports are on a list of eight potential games the International Olympic Committee will consider.

But just don’t go painting your body in your nation’s flag colors just yet, surfing will have to convince the Olympics that its a more relevant sport than baseball, softball, squash, karate, rock climbing and wushu.

And what is wushu? It’s like synchronized swimming, karate and gymnastics rolled into one, but with swords. It's very ninja.

Steve Robertson, spokesman for the World Surf League told The Australian that surfing was worthy of being included in 2020. “It’s more global than ever,” he said. “Basically every country that faces the ocean now has dedicated surfing populations.

“Compared to a decade ago when it was confined to only a handful of countries, today nearly every country with rideable waves has a viable surfing community. Japan itself has plenty of good surfing spots and some fantastic athletes on the WSL circuits in short board and long board, male and female.

“It would be a great place to introduce surfing to the Olympics,” he said.

The International Surfing Association has also been working tirelessly to get surfing included as an Olympic sport by adding member nations. The ISA currently has 91 countries listed as member nations.

Tokyo officials will present their plan for the new events to the IOC committee in September.