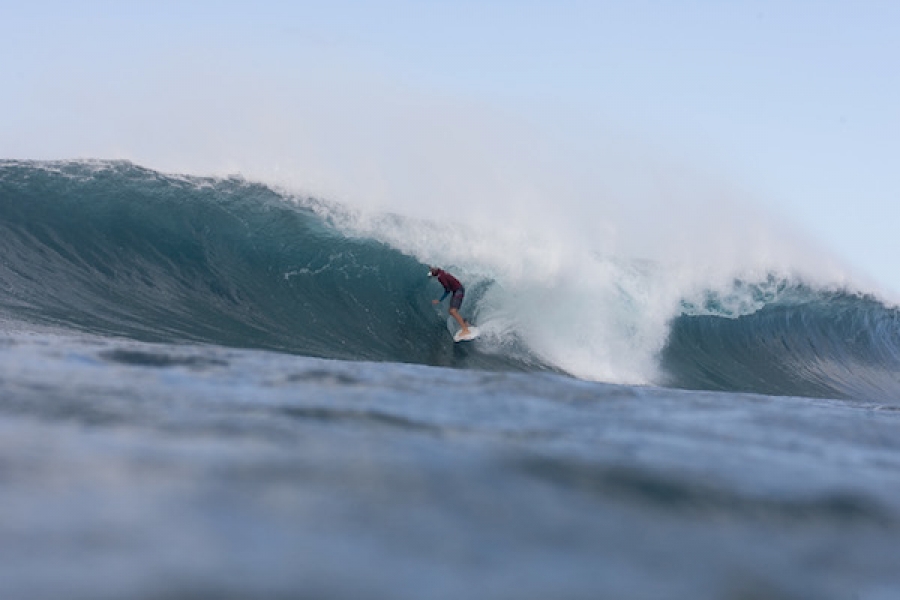 Swell forecasts are looking good for the upcoming event

The waiting period for the event will begin next wednesday, the 15th, and will end on January the 25th. Swell forecasts will guarantee challenging conditions with classic and heavy North Shore waves.

Every top junior surfer knows that if they want to make it to the 'big leagues', they must prove themselves in havaiian waters. Sunset Beach is one of Vans Triple Crown events, and one of the most prestigious surf spots in the world. And for that reason this event is becoming increasingly more international. This year young athletes from all over the globe will be representing Australia, Brazil, Japan, South America, North America and Europe.

There is a strong hawaiian contingent, ready to claim the title for the local crowd. Brothers Moniz: Seth, Josh and Isaiah, will be surfers to watch closely, already having proved they are more than capable to surf at Sunset.

Keala Nahine will be back, after last year's semifinal, where he fractured a leg; Kalani Davi, winner of the Pipeline Pro Junior last season, is also competing, and will be a force to be considered. Other names that might shine for the hawaiian colours are Makai Mcnamara, Lando and Luke Shepardson, Eala Stewart and Parker Coffin.

Making his debut in the hawaiian season will be Portugal's very own Vasco Ribeiro, eager to prove himself at international level. This event will also help him to prepair for the Volcom Pipe Pro, later in January, where guys like Kelly Slater will be pushing the bar very high.

Anterior BERT STRIKES AGAIN Próxima ALANA BLANCHARD: ONE THE MOST INFLUENTIAL ATHLETES IN 2013