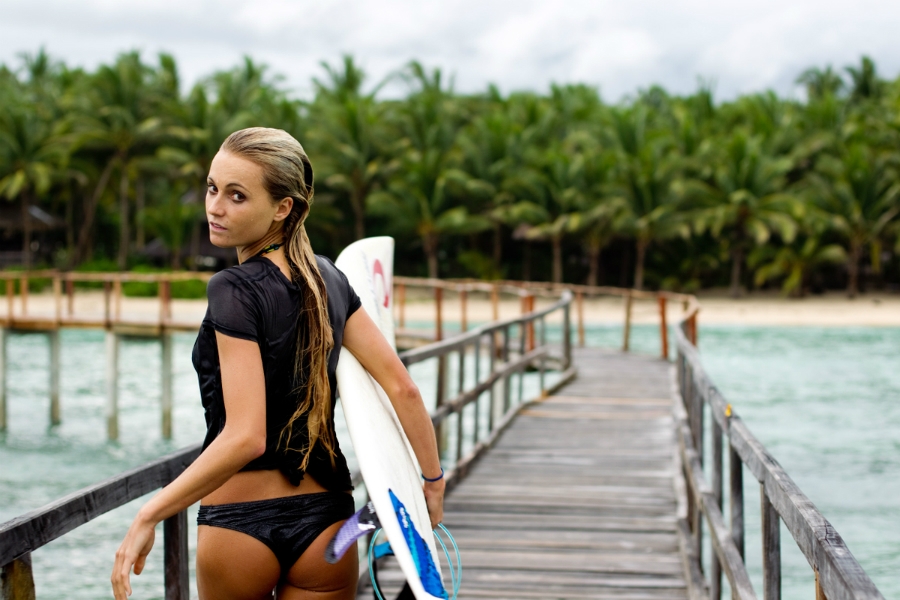 Hawaiian surfer is on the 'Forbes' magazine 30 Under 30 category

The prestigious magazine nominates every year the most influential personalities in different areas, based on their individual performances but also by their economical impact, media influence and entrepeneurism.

Alana is one of the 30 athletes that stood out last year, by competing professionally on the ASP World Tour, and having at the same time a lot of sponsors, like Reef, GoPro, Rockstar and Rip Curl. She still manages to model for bikini brands and design clothing. Blanchard also stars in her own reality show "Surfer Girl".

The show follows Alana while she travels the globe as an athlete and also a business woman. The hawaiian surfer also rules on social media. She has a huge following on facebook with 594,000 fans, 131,000 on Twitter and 818,000 on Instagram. Alana has been an amazing influence bringing more media attention to professional female surfing.

This nomination is also a strong sign of the growth that the surfing industry has had in the past years, with increasingly more money circulating, as well as media attention.

On the list there are also other two GoPro athletes like olympic downhill ski champion, Lindsey Vonn and the best snowboarder in
history, Shaun White. Tennis player Maria Sharapova is number one on the list, that you can check right here.