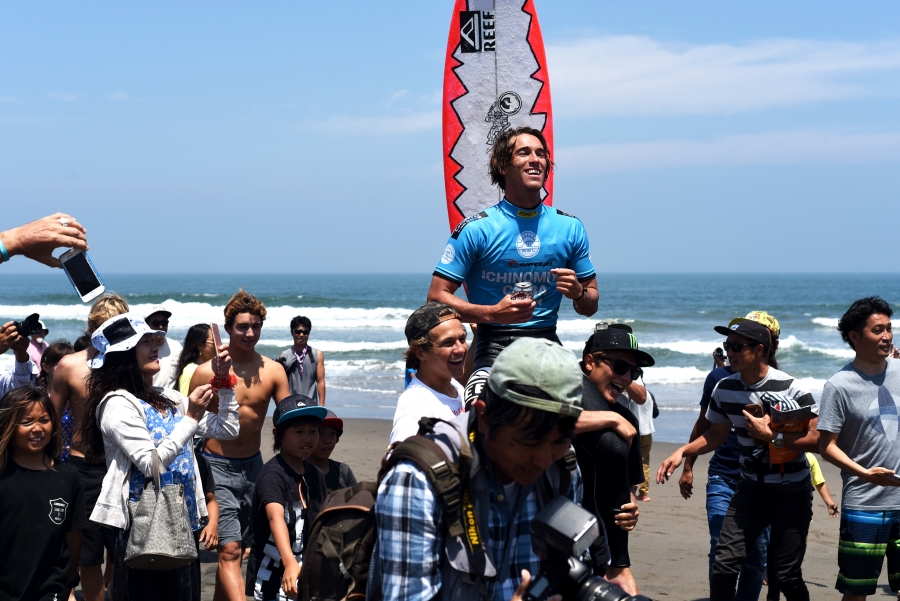 After suffering a near death wipeout at Pipeline last December, Floridian Evan Geisalman has comeback to take out the 2016 Ichinomiya Chiba Open in clean one-to-two foot waves at Shida Point.

Geisalman came up against Italian Leonardo Fioravanti In final. The small conditions didn’t stop the pair from putting on an entertaining show for the huge Sunday Crowds who came out to watch the biggest Surfing event Japan has seen in over eight years.

The final started slowly with both surfers hesitant to strike first. With no waves ridden for ten minutes the Final was forced to restart and once it did both surfers got to work. Geisalman struck first blood posting his first scoring wave, a 7.00 (out of a possible 10) on a right. Fioravanti hit back with a huge air reverse on which he was scored an excellent 8.50. Needing a score to come back, Geisalman took off on a right and smashed four massive backhand snaps to score a 9.17 and take the biggest win of his career.

“The last two minutes out there I had so many emotions going through my head,” Geisalman said. “After what happened at Pipe I’m so lucky to be surfing at all, so to win the biggest event of my career here in Japan is amazing. Earning 6000 points is really big for me so I hope I can build some momentum.” 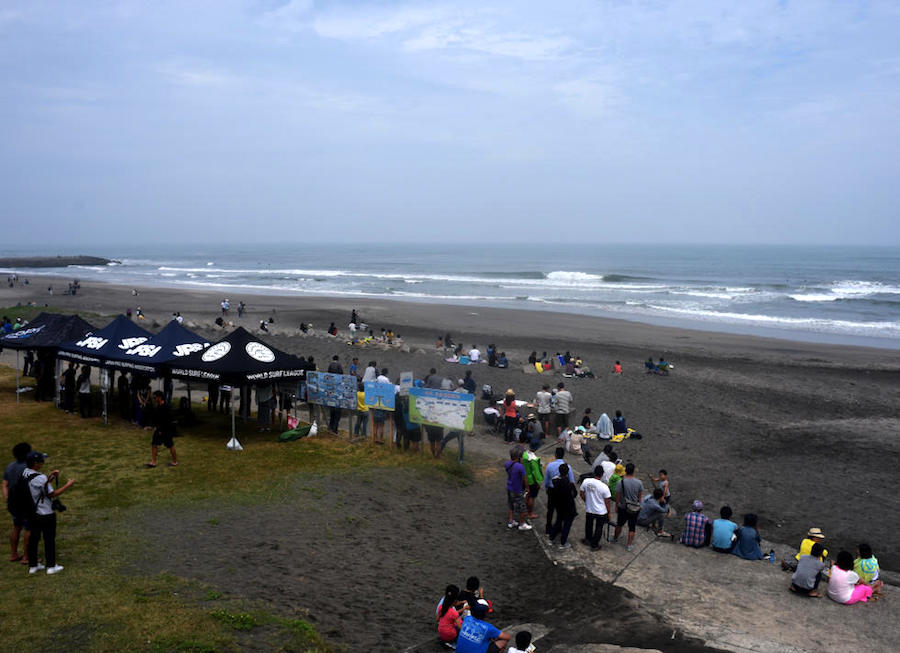 “Leo has really been the guy to beat so it was always going to be a tough final, I definitely got the better end of the waves but he still managed to turn a closeout into an 8.50 with that air so it was pretty intense. This result, although tough for him to get another second, he is already half way to qualifying which is great for him. What happened to me and to Leo at Pipe really puts things in perspective so it’s sick that we’re both here, in Japan, healthy and surfing.”


This marks the third QS6,000 Final appearance in 2016 for Fioravanti and his third runner-up finish; Although tough to deal with, Fioravanti see’s solace in his ratings lead and the probability of qualifying for the elite WSL Championship Tour (CT) in 2017.

“Three seconds in a row is really tough,” Fioravanti said. “When you look at the Qualifying points I’m really stoked, but the second is hard. The waves were tough today, there was only one really good wave and he was on it. I’m stoked to be getting results and having a good year.” 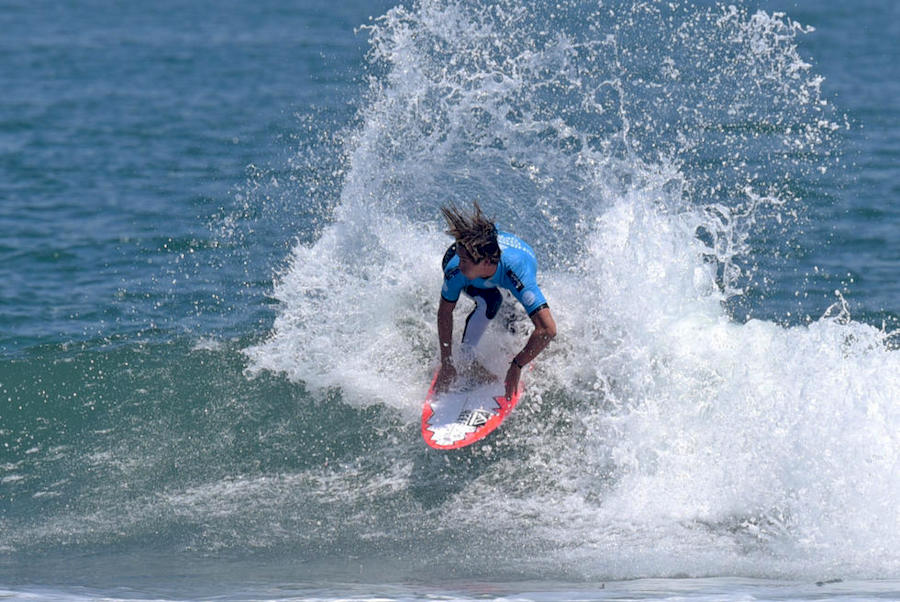 Today also saw the final of the Ichinomiya Chiba Open Women’s QS1,000 event run. It was no real surprise that it was taken out by the No.1 Seed Reika Noro. Noro surfed a flawless event and the final was no different with the goofy-footer going left and right to post her winning heat total of 14.76. This win is just the confidence booster she will need leafing in the Los Cabos Open of Surf QS6,000.

“I am so happy I don’t even know what to say,” Noro said. “I have been living in California so I’m so happy to come home to Japan for an event and win it. It was a tough final because all of the girls have been surfing so well, I knew it would be hard. It’s really given me confidence for the Los Cabos event which is coming up.” 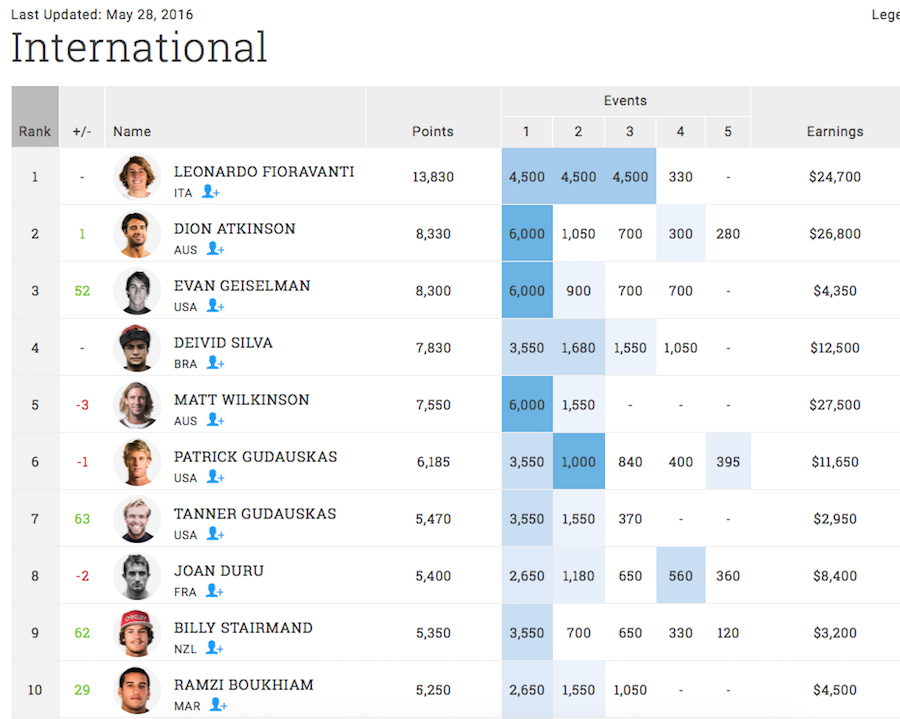