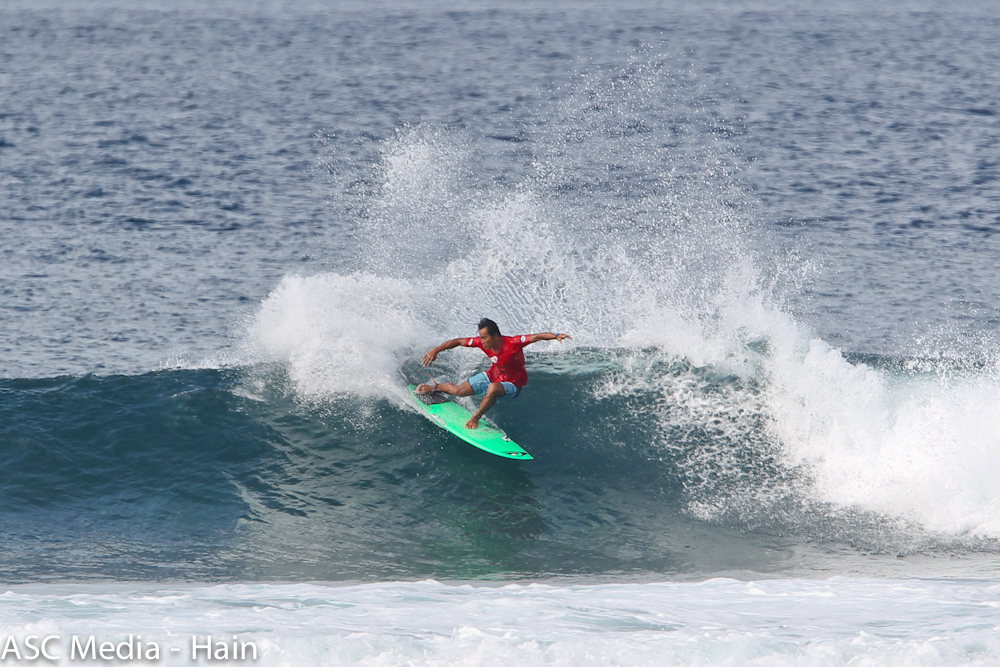 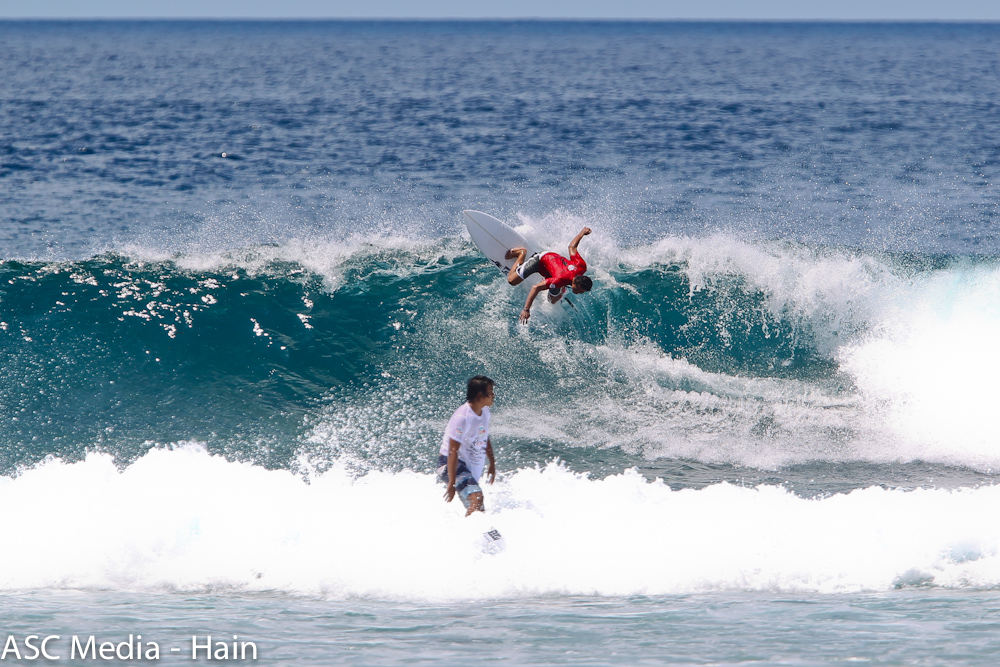 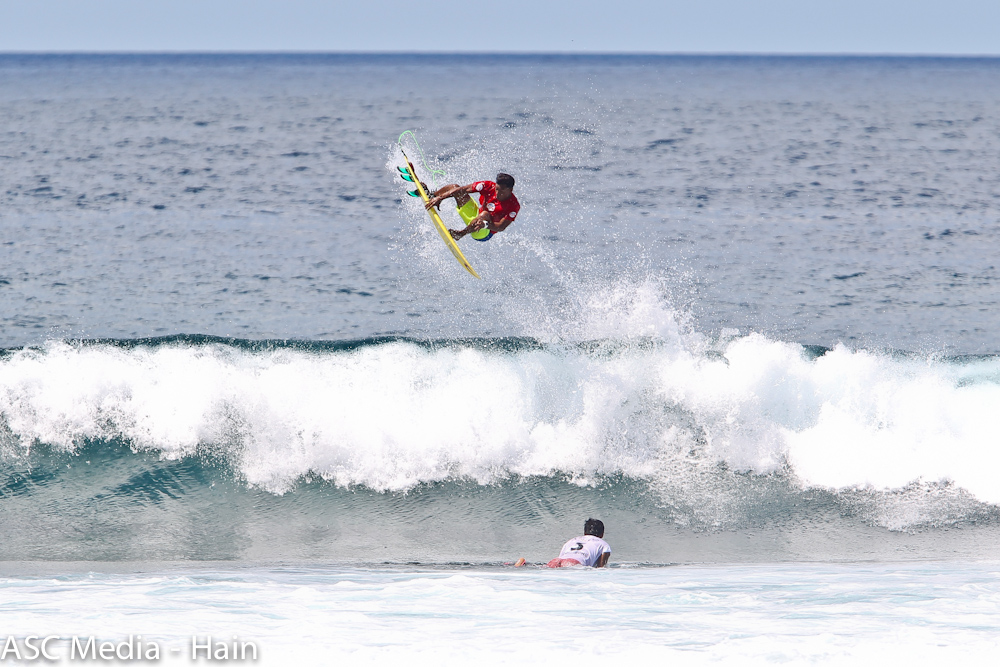 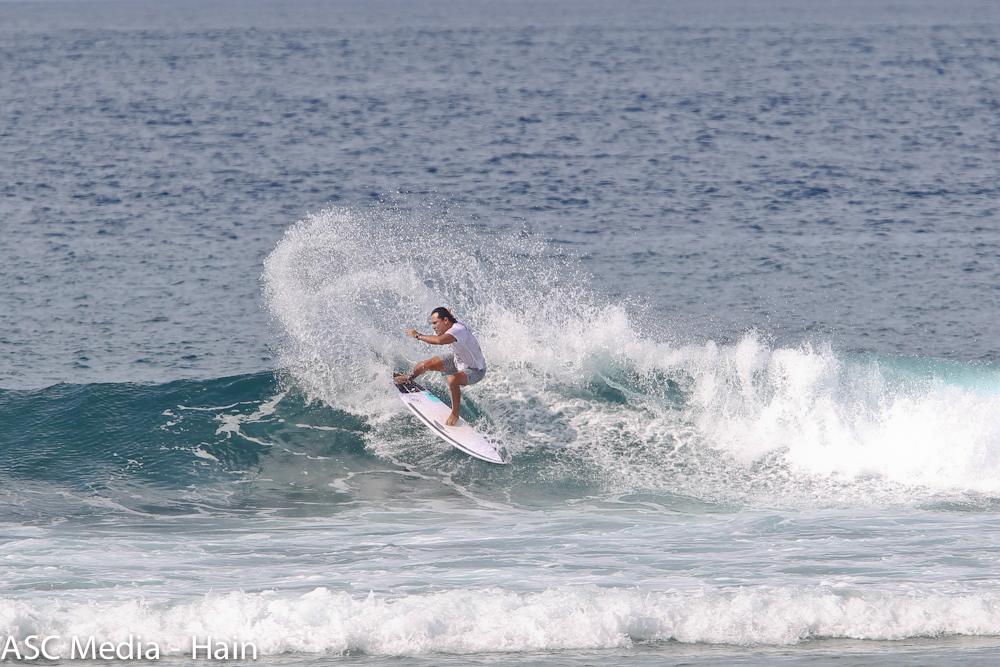 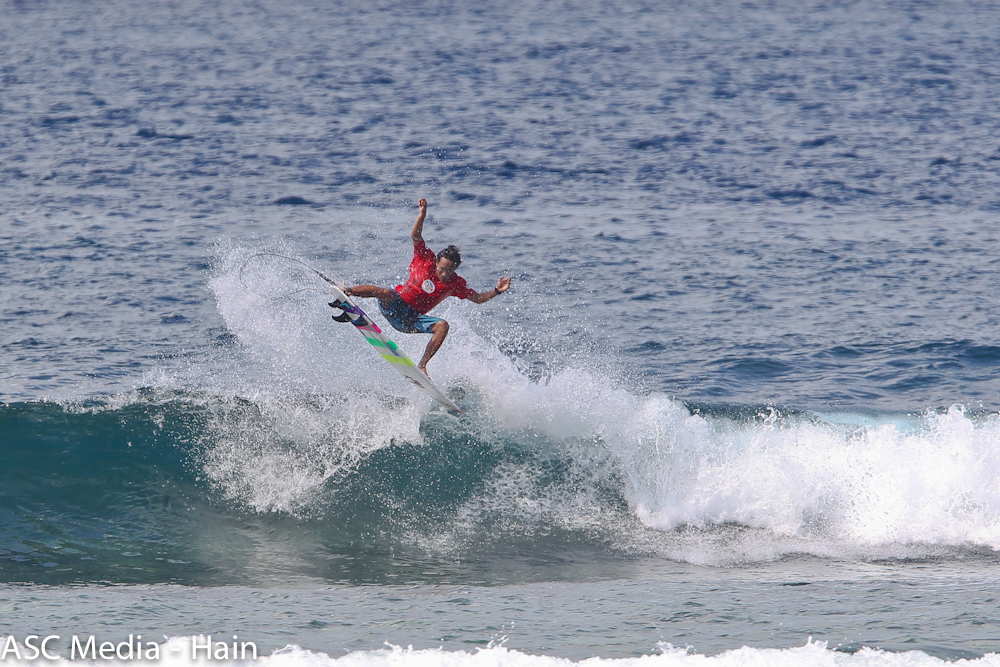 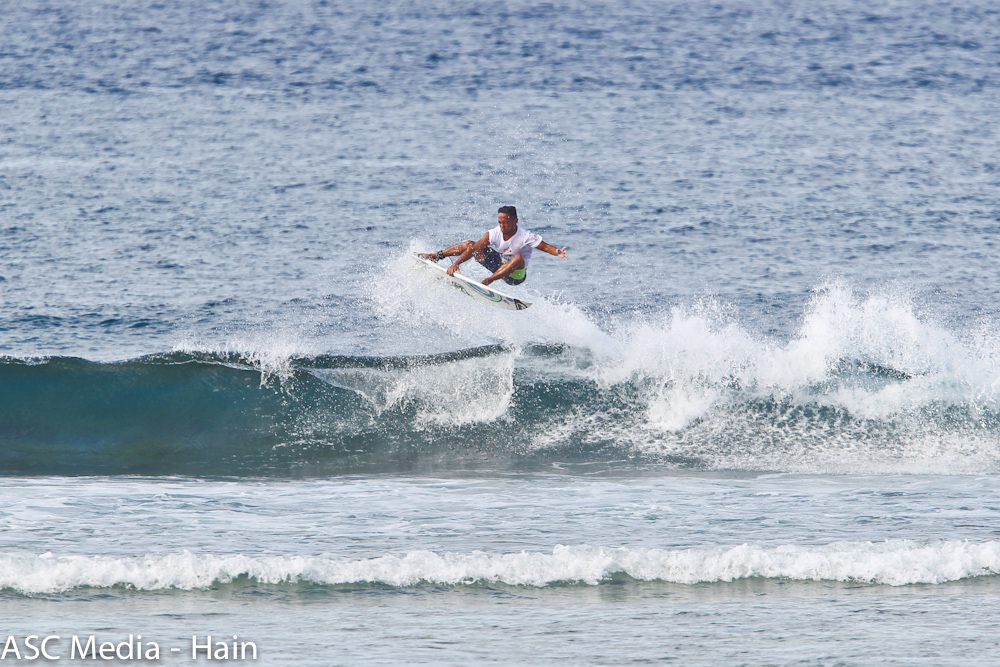 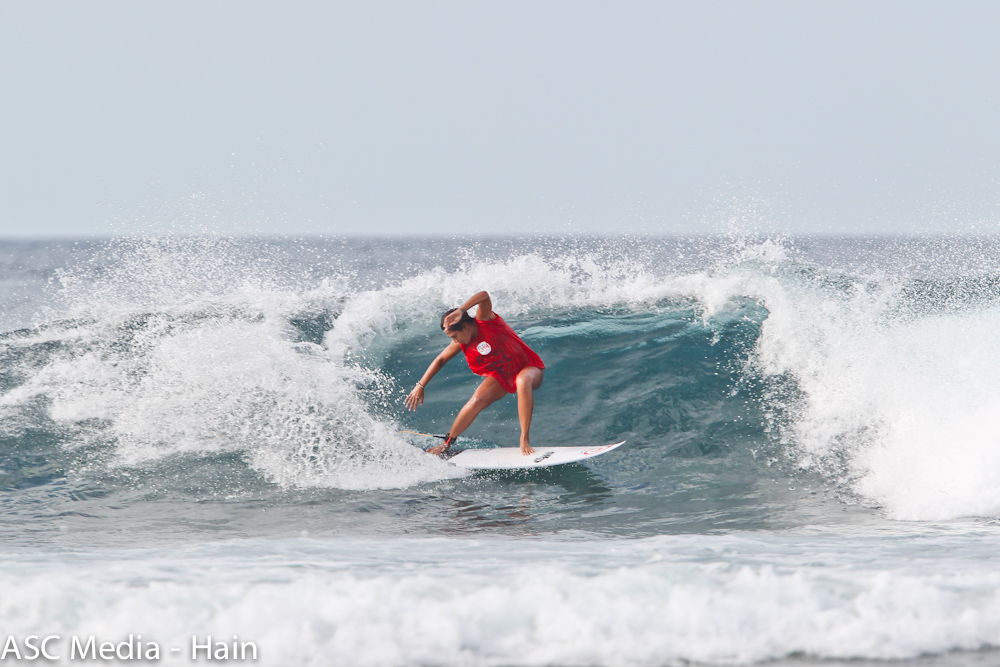 The anticipated rise in the swell actual did materialize overnight and the morning session started out with beautiful 2-4 foot (1-1.5 meter) glassy waves rolling down the Boa Beach reef.  Several of the constants were there already at daybreak to practice and get some fun waves in before the contest was called on.

The two elimination heats for the Women’s Division saw perhaps the best waves of the morning, and at the end of the first heat it was a very narrow victory for Dyah Rahayu Dewi and a painful loss for Puanani Johnson with only .27 points between the combined scores – 13.87 to 13.60.  Pua’s last wave came in at 6.9, just under a point shy of what she needed to take the heat win and a spot in the semifinals.

In the second heat, Cinta Hansel got herself into the lead early by getting successively bigger scores and getting waves in different spots in the lineup, holding the lead and seeming to have a lock on the heat win, whereas Kailani Johnson held priority on the outside for most of the heat after having only gotten one medium score and one small score.  But at the 40-second mark Kai’s patience paid off and she locked into biggest wave of the heat and nailed several big turns to snatch the win away from Cinta.

Tomorrow morning will see these semifinal matchups in the Women’s Division:

In the highly competitive Men’s Division, it was Garut Widiarta again getting the highest single wave score of the day, a perfect 10 points for big backside air reverse, for an 18.17 total heat score.  Widiarta will face off against Dede Suryana in tomorrow’s first quarterfinal, which should be a cracker.

An in-form Dede Suryana, who currently sits atop the ASC rankings, continued his impressive performance by posting a 9 point score on his first wave to handily win his Round 2 heat this morning, putting together an excellent combination of critical maneuvers in the most critical sections of the wave, all with flow and control.  When asked if he feels any pressure going into this second to the last event of the season with a championship on the line he replied with a smile, “I’m just trying to enjoy every heat and every moment and hope to get the best waves. That’s it!”

The Philippine's Philmar Alipayo, who is chasing Suryana for the ASC championship, is also through to the quarterfinals via a great performance in the last heat of the morning.  He will meet the young "Prince of Padma" Raju Sena in Quarterfinal 4 tomorrow to see if he can catch up and overtake Suryana by winning the Rote Open tomorrow.

Last year’s ASC Men’s Champion Raditya Rondi still has an outside chance at a championship, but will be up against fellow goofyfooter Mustofa Jeksen in Quarterfinal 3.

And sure to be an entertaining heat will be the two identical twins from Bali in Quarterfinal, Made Darmayasa (nicknamed Bleronk) and Wayan Darmaputra (Tonjo).

So with a positive swell report and a great matchup of surfers putting it all on the line for prize money and ASC points, it will be an exciting conclusion for the Rote Open 2016