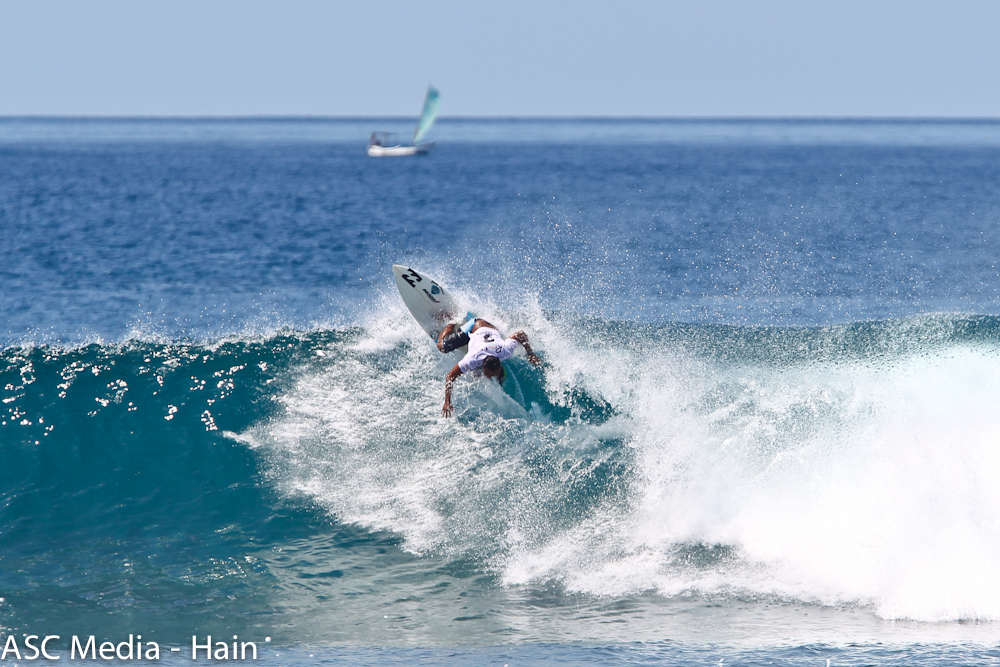 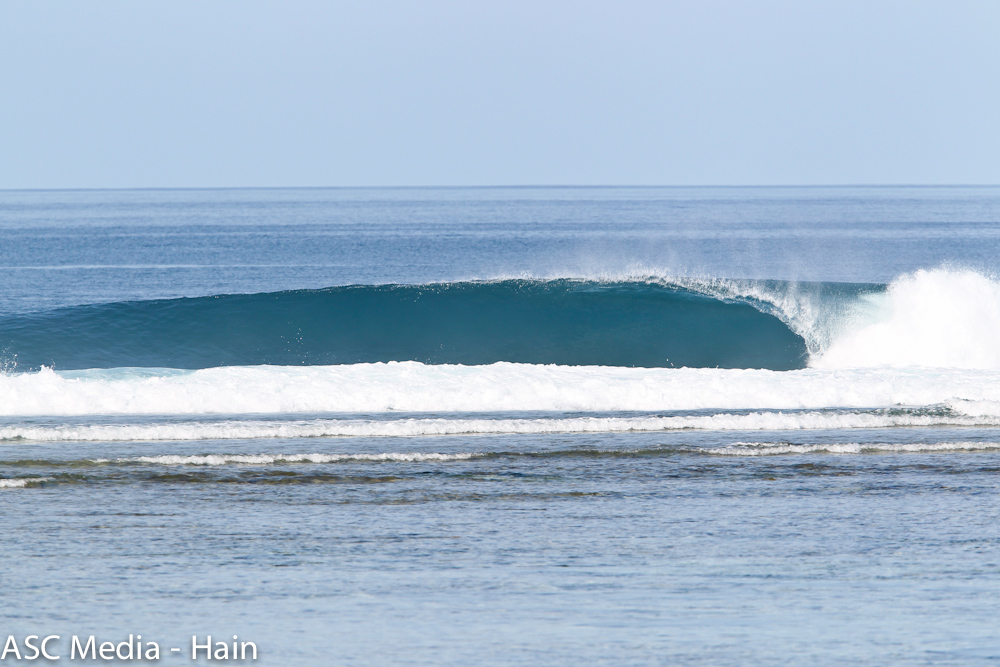 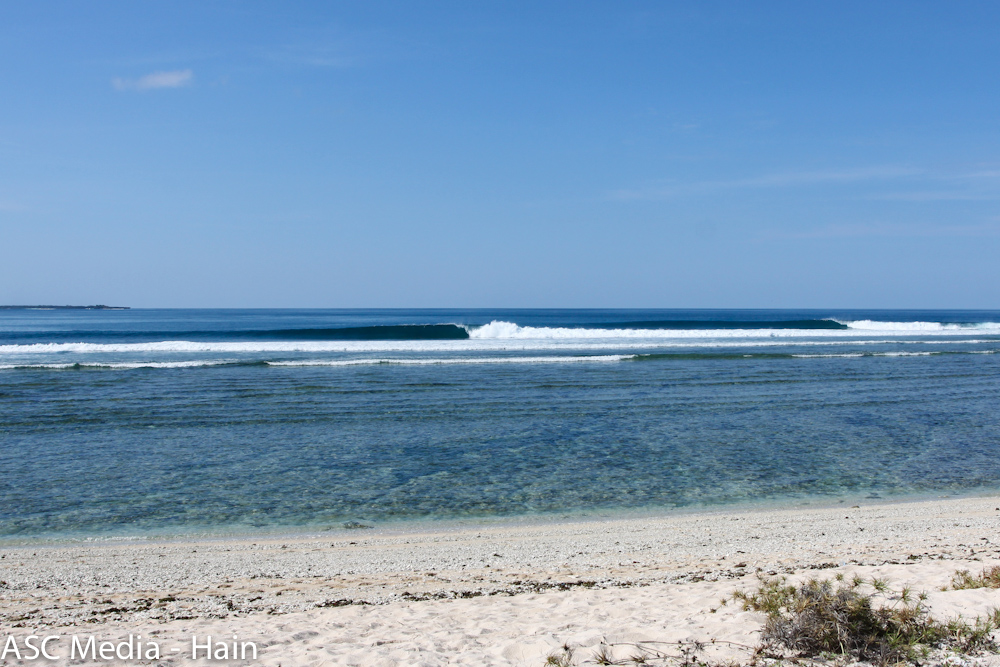 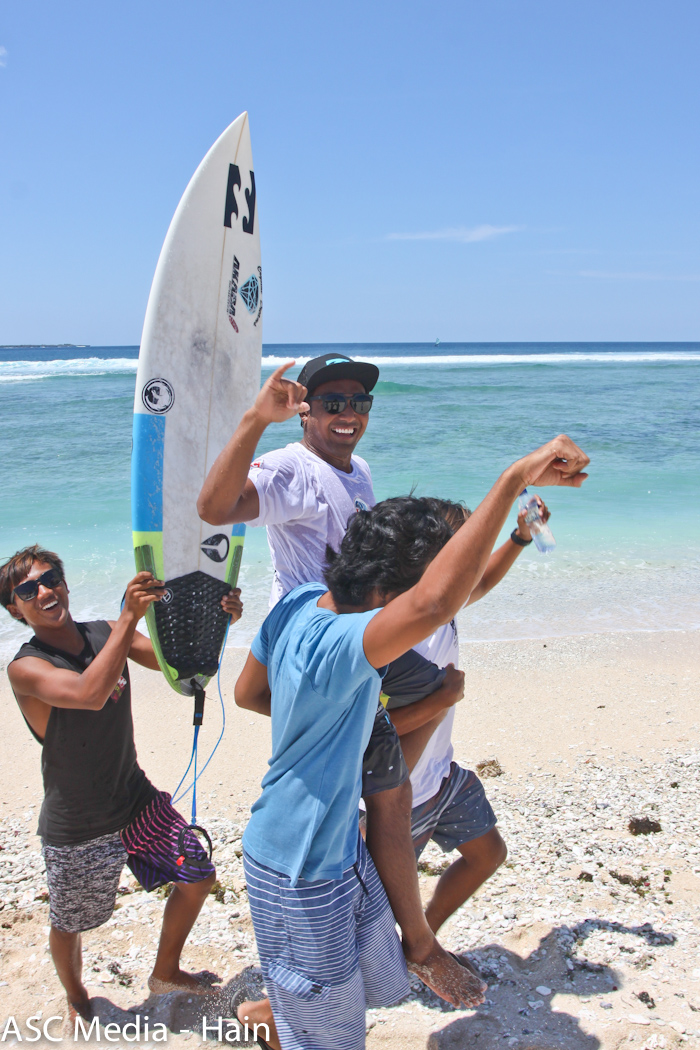 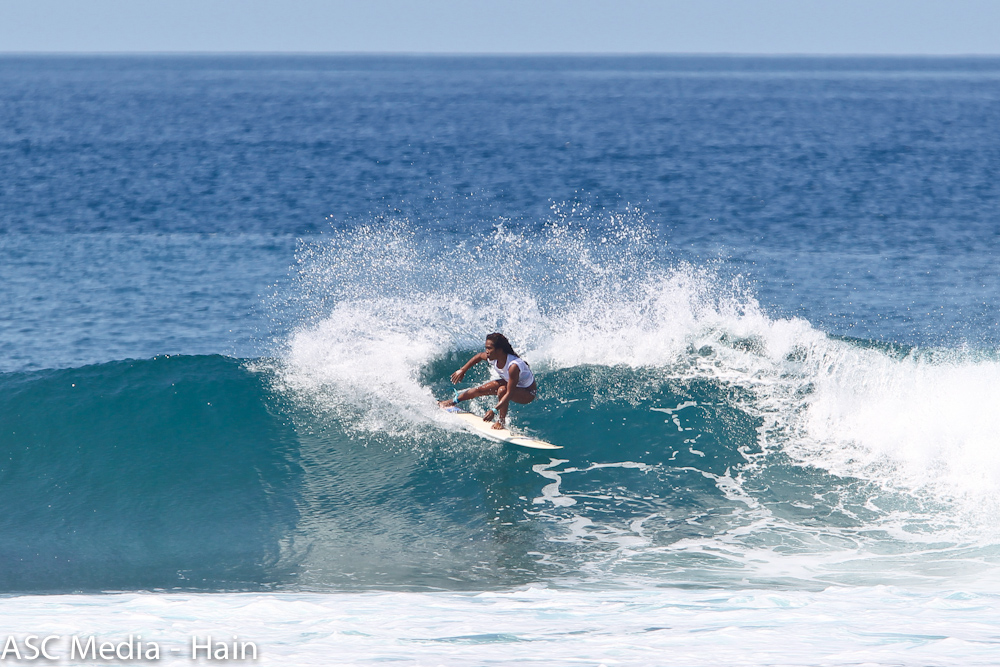 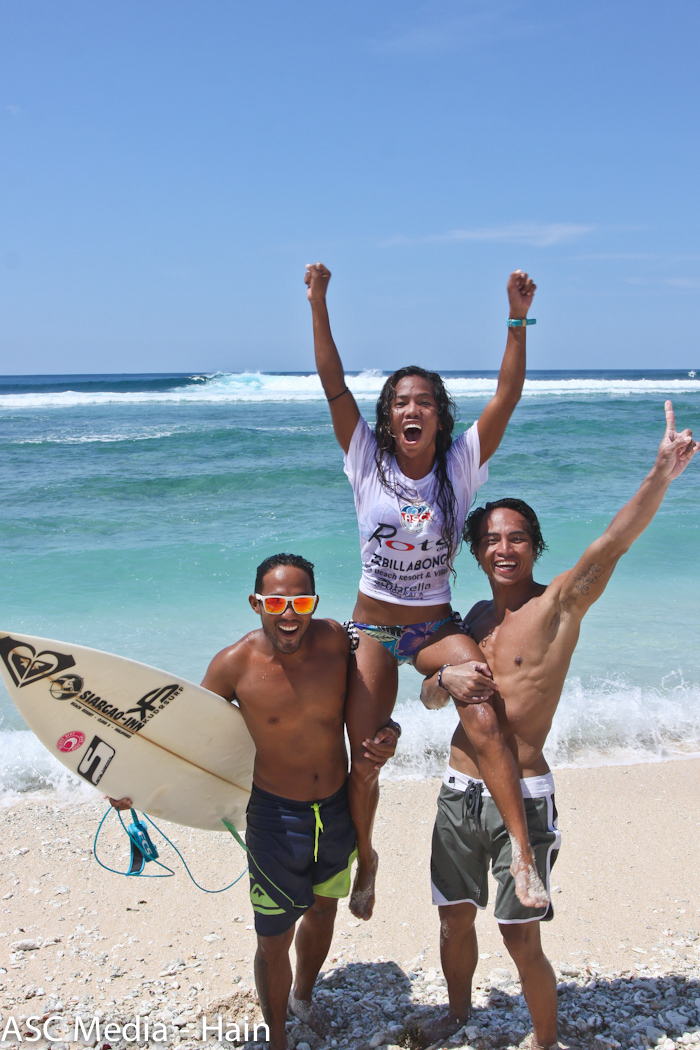 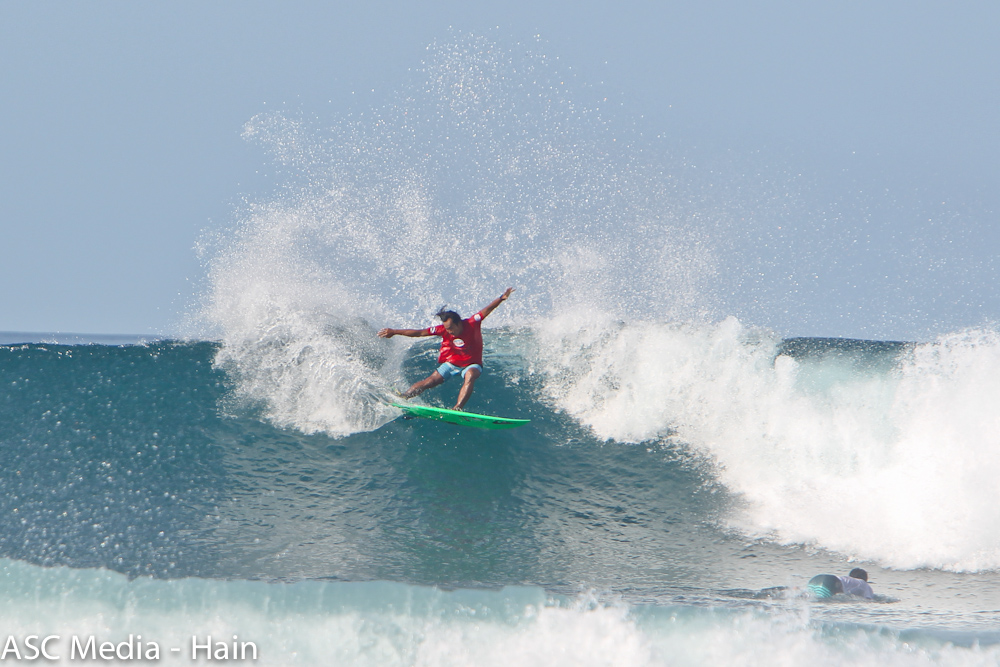 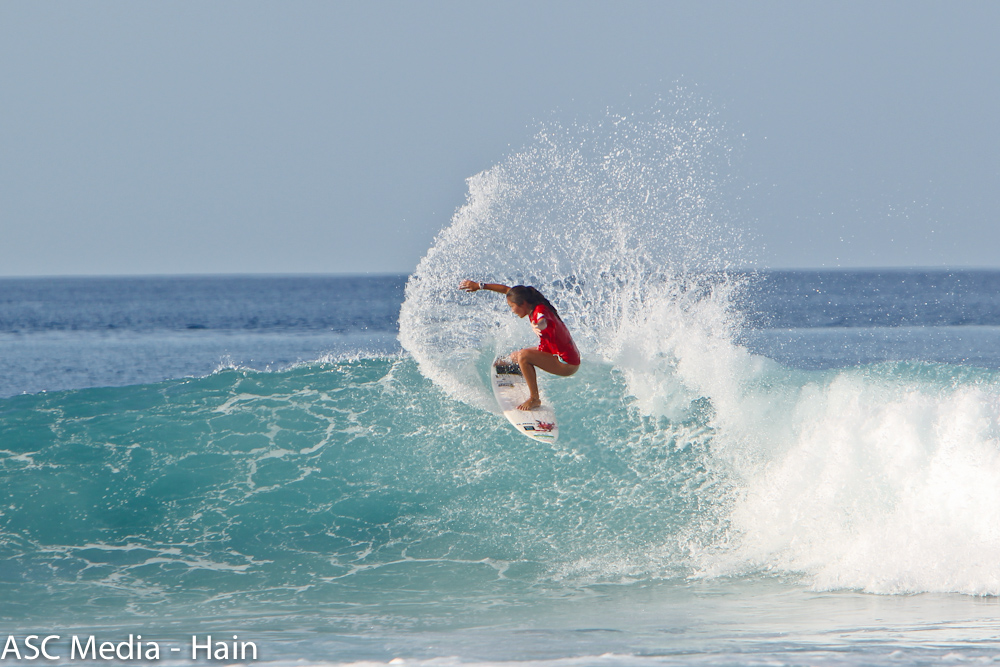 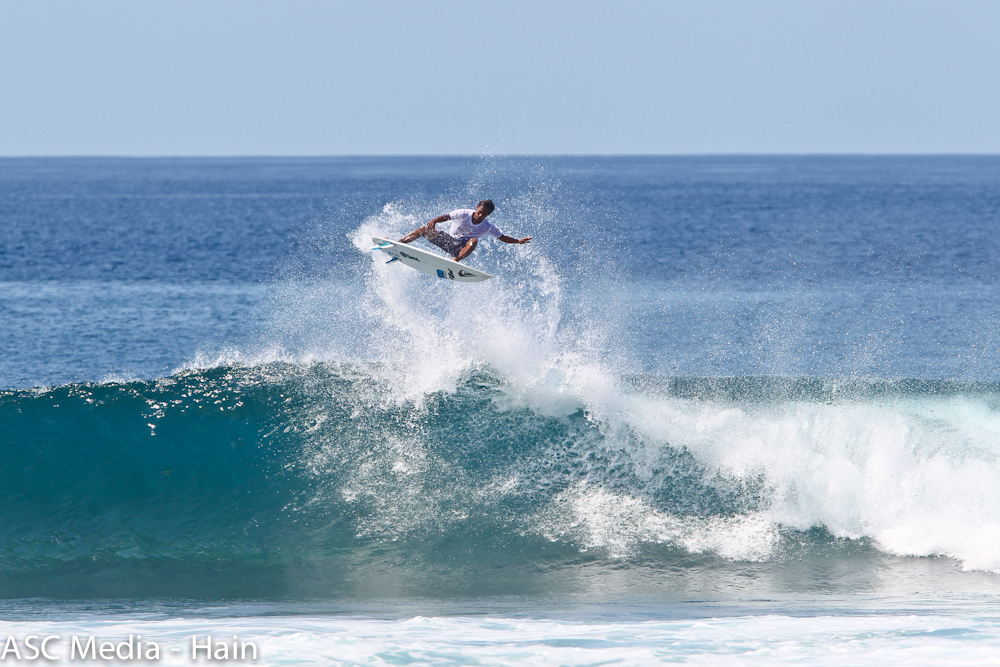 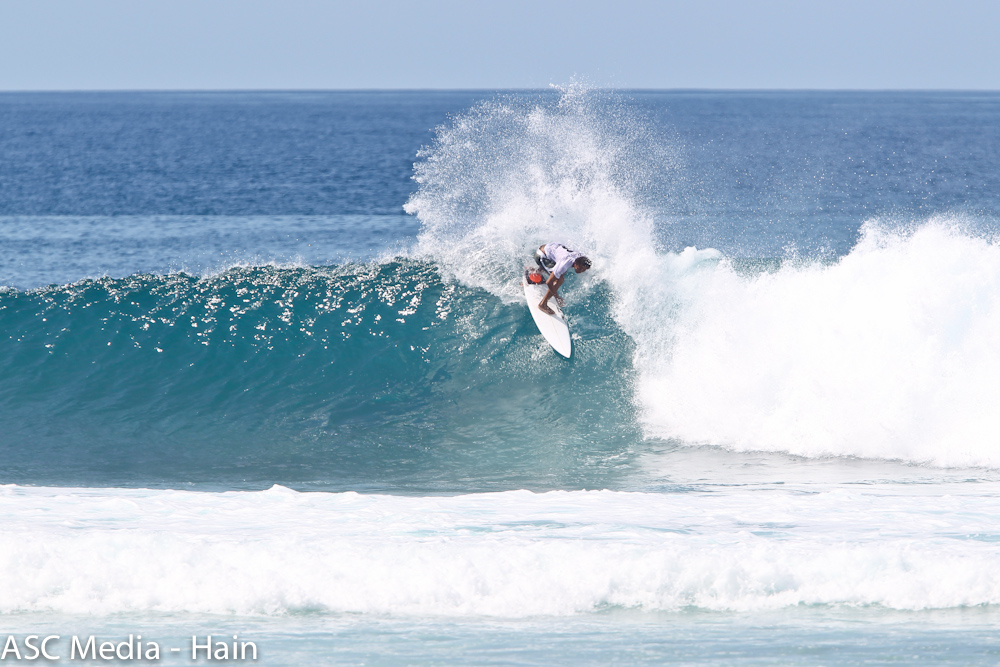 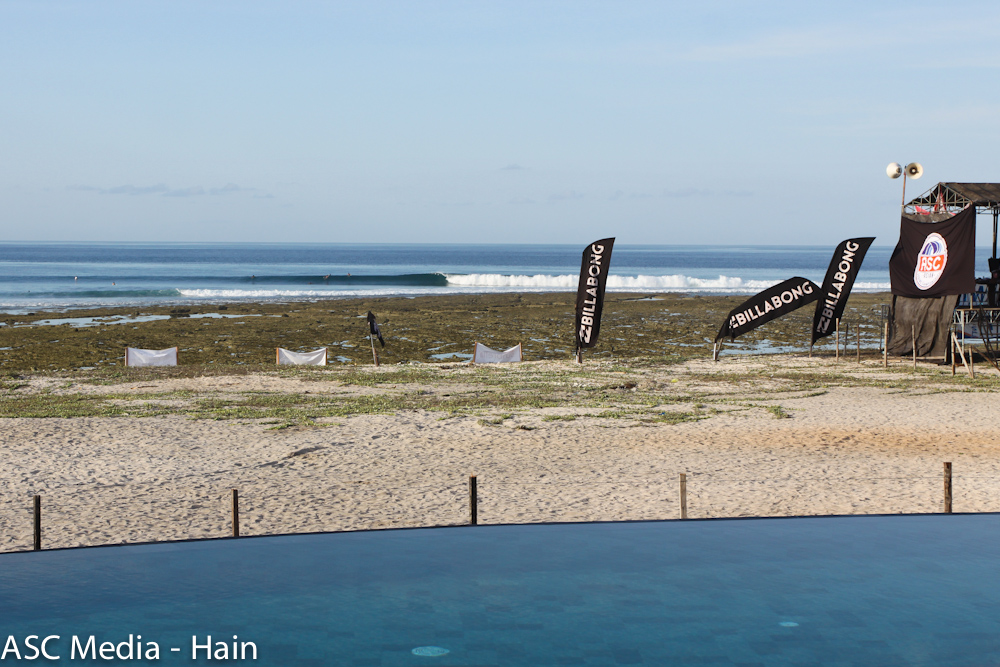 2015 ASC Men’s Champion Raditya Rondi from Kuta, Bali took down current rankings leader Dede Suryana (West Java) in the final of the Rote Open 2016 today to claim his 3rd ASC win of the year and move up to 3rd in the rankings behind Philmar Alipayo (Philippines) who is in 2nd, and Suryana who remains in first place with his runner up finish.

In the Women’s Division it was Nilbie Blancada from the Philippines who out positioned and out surfed 2015 ASC Women’s Champion Rina Kitazawa from Japan in the 25 minute final to jump into first place in the 2016 rankings, leapfrogging surfing sisters Puanani and Kailani Johnson who now trail behind both Blancada and Kitazawa.

It was excellent 3-4 foot glassy Boa Beach wave conditions with occasional 5-foot bombs rolling through that greeted the Men’s quarterfinalists and the Women’s semifinalists this morning for the pointy end of the 3 days of competition, cranking the energy level up to 10 for both competitors and spectators alike, who were able to watch all the action from the poolside at the Boa Beach Resort & Villas and cheer on their favorite surfers.

The Women’s semifinals started off the morning at 7 am with Rina Kitazawa besting Bali’s Diah Rayahu Dewi and then Nilbie Blancada dispatching Kailani Johnson to set up a final between the two rivals.

But the final turned out to be a one-sided affair, with Blancada finding the best waves and aggressively attacking each one to quickly put Kitazawa in a combination situation, which only at the very end of the heat did she manage to get out of before time ran out.  Final heat score was Blancada with 16.00 points to Kitazawa's 12.40.  After the final Kitazawa explained, “In the semifinal this morning the waves were so perfect and I had my lineup position, but in the final the tide was a lot higher and the wind was blowing, so I decided to sit out at the peak and wait for the bigger waves, which turned out to be the wrong decision.  I just couldn’t find the right lineup spot, and Nilbie was surfing so good.  So I know it's my fault, but I’ve had such good waves here so I’m really happy actually.”  Kitazawa was last year’s Rote Open Women’s champion.

This is Nilbie Blancada’s first time to Rote Island, and she was over the moon with her win, saying, “This is my second contest win this year, and the waves were so good, the people so nice, and this place is great, so this win is really special.  Each morning really early I’ve been out here around 5 am to practice, and I really got to love this wave.”  When asked about her performance in the final against Kitazawa she replied, “I chose to stay in the middle of the break instead of going up to the peak like Rina, so I got some good waves.  I tried to get some big scores and did get one for an 8.33, so I’m really happy about my performance.  I can’t wait to get to the next event and hopefully I can become the first women’s champion from the Philippines.”  Blancada is a Cloud 9 local and now sits atop the ASC Women’s rankings with one event left (Taiwan) in the year.

The Men’s Quarterfinals saw some amazing surfing in some perfect waves, starting out with Dede Suryana winning over Garut Widiarta by getting a 9.00 on his first wave and then slotting into a rare barrel and then blasting a series of blazing turns to earn a perfect 10 from the judges.  He went on to post another 9.5 to finish with an almost perfect heat score of 19.50 out of a possible 20 points.

Equally if not even more entertaining was Quarterfinal 2, which had the identical twins from Legian trading blow after blow, exchanging the lead several times and both boys posting excellent scores in the 8’s and 9’s, but in the end it was Made Darmayasa “Bleronk” that won a spot in the semifinals, but was later taken down by Quiksilver team mate Dede Suryana.

In a battle of the goofyfooters, it was perennial finalist and 2015 ASC Men’s Champion Raditya Rondi who shut down Mustofa Jeksen’s bid for a final’s berth in Quarterfinal 3, and in Quarterfinal 4 the Philippine’s Philmar Alipayo dispatched an under the weather Raju Sena.  Alipayo was later eliminated by Rondi in Seminfinal 2.

In the Men’s final it was a familiar sight to see Raditya Rondi and Dede Suryana doing battle for the win, as these two have traded wins and championships with regularity during the last few years on the ASC tour and before that on the ISC tour.
After so many excellent scores in the heats leading up to the final, the wave gods seem to have deserted Suryana and heaped their favor onto Rondi, as with his very first wave he scored 9.5 points for a series of massive backside hacks while Suryana couldn’t get a rhythm going and complete any of his aggressive maneuver attempts.  In the end Rondi only caught 3 waves, his last one a 7.5, to win with a total heat score of 17.00 points to Suryana’s 14.33.

“Ya I just wasn’t very lucky with my wave selection,” said Suryana after the final.  “There was that one really good wave near the start of the heat but I didn’t have priority and Raditya did, then he got a 9.5 on it, so I was trying to find a good one like that to answer back.  There were some great waves out there, but not the same as in the semis and I just couldn’t seem to find one and make anything happen.  But this is such a great place, I’ve had such good waves, so second isn’t too bad. Congrats to Raditya, he always a tough guy to beat in any wave conditions,” he added.

Raditya Rondi was nothing but stoked about his win, saying “I’m just lucky with my wave choice and that Dede fell on some of his waves.  I played it safe out there and Dede was trying so hard, so it’s my day to win I guess.  There were such good waves this morning, it’s been the best day of the contest and everybody got some good ones…so it’s been such a great day. I love this place and the waves here, it’s so much fun!"

Tomorrow afternoon will be the closing party poolside at the Bo’s Beach Resort with live music and the trophy presentation, to end the Rote Open 2016.

Anterior Dede Suryana continued his impressive performance at the Rote Open 2016 Próxima Rip Curl Lucky Bag! For 1 day only on the 5th November