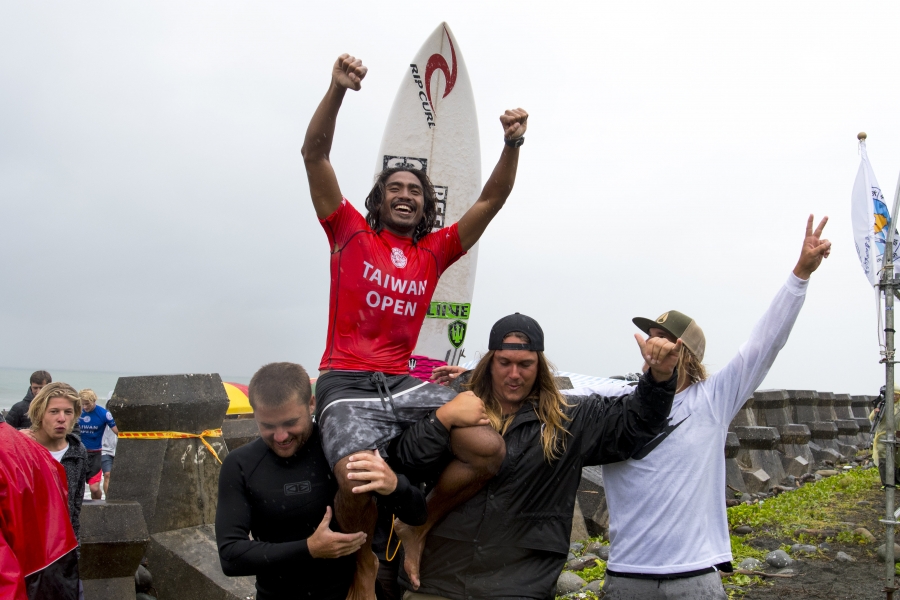 Oney Anwar claiming the victory. His best result so far. Pic By : WSL

A huge Final day at the Taiwan Open of Surfing hosted by Taitung County has seen Indonesian Oney Anwar major Victory in his career.

Indonesian sensation Oney Anwar has won the Qualifying Series (QS) 1,500 event. Conditions were tough at Jinzun Harbour on the Final day with 4 foot waves and strong cross shore winds.   Oney Anwar’s QS1,500 win is the biggest of his career. Anwar came up against Australian Cody Robinson who along with Anwar had been a standout all event. Anwar controlled the majority of the final after he dropped a single wave score of 6.25 out of a possible 10 and backed it up with an excellent 9.00 point ride. Anwar was on fire, throwing water everywhere with his powerful carves and boosting massive air-reverses.

“I’m so stoked I can’t believe it,” Anwar said. “I really enjoy the waves in Taiwan and even though it was stormy today the waves were still good.  It’s so good to finish the year off with a win especially the biggest win of my career. I can’t wait for 2017 and hope I can keep on winning.” 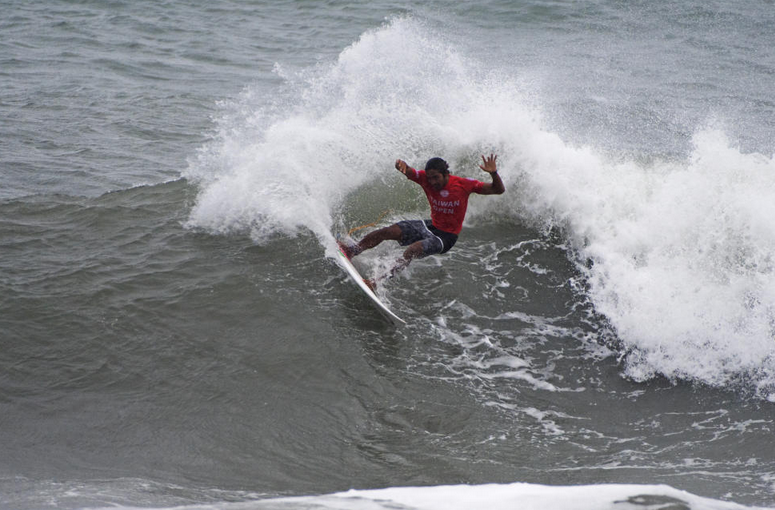 Robinson consistently dominated heats throughout the contest posting some of the highest heat totals of the event. After trailing for the majority of the final, with less than a minute left, Robinson took of on a set needing an 8.50. He nailed one massive turn and then attempted a huge air-reverse, which would have come close to earning him the score, but he came unstuck on the landing. Robinson is happy with his best QS result but is understandably somber for coming so close to the win.

“Getting that close and just falling at the end is shattering,” Robinson said. “When you make it all the way to the final all you want to do is win so it’s gut wrenching when you don’t. I’m really happy with how I surfed this event and can walk away with confidence for next year. I knew I had to go big on that last one to get a big score and I feel if it were deemed complete I would have earned the score.”

In the Longboard QS event the winners were, Delpero in men's event and Blomefield in Women's.

It was an epic final day at the Taiwan Open of Surfing!  Dede Suryana is now 2016 ASC Champion, Oney Anwar won the event, and Nilbie Blancada is the the ASC Women's Champion!