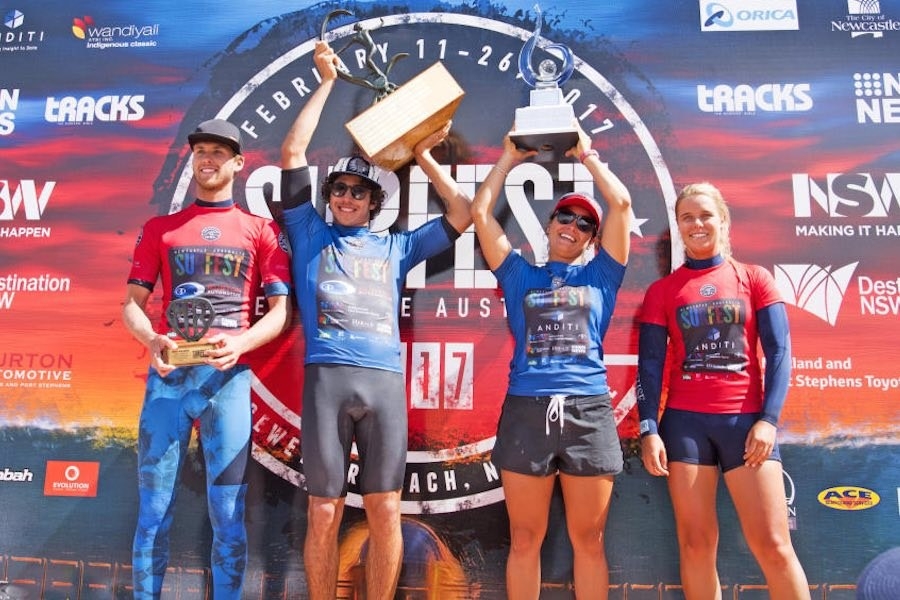 The men's final was 100% Brazilian with Yago Dora surpassing Jesse Mendes by 18.83 versus 9.27 points. In the final  Dora was the only one who find good waves, managing a 10 point score.
Dora eliminated Mitch Coleborn and Alejo Muniz in the quarters, while Mendes pulled Ian Crane and Jorgann Couzinet in the quarters.

Indonesian ONey Anwar lost in the round 5. Hopefully he will have a luckier result on the next WQS.

The Frenchwoman Johanne Defay was crowned champion of the feminin event  beating New Zealand's Paige Hareb with 16.73 points against 13.63 points.

The next event is Manly Beach's QS6000, the Australian Open of Surfing, which takes place in New South Wales from February 27 to March 5.