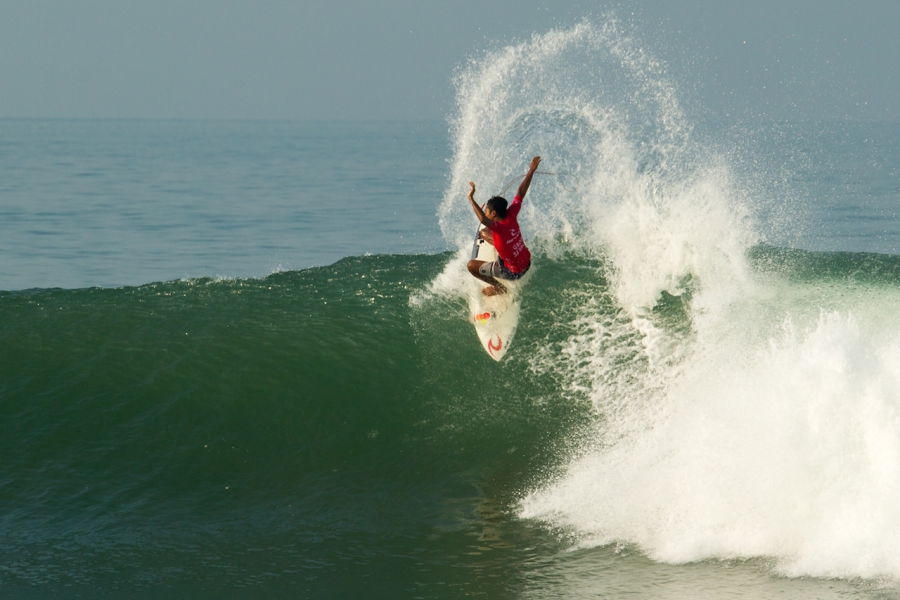 The point break of Cimaja, West Java offered the best conditions during these past 2 days, leaving all the Groms with great scores and big smiles on their faces!

The 2017 GromSearch Series continued for the second stop this week-end at Cimaja, West Java. Numbers of ripping young surfers from Java, Bali, Sumbawa, Phillipines and Thailand gathered here to compete in an exciting, safe and friendly environment. Smashing skills were shown from all competitors in all divisions, including Under 16’s, Under 14’s and under 12’s with the addition of the Super Groms division (under 10 years old).

On the first day the groms were given 3-4 foot waves, offering them the perfect conditions to show off their skills and impress the judges. The contest started of with the under 16’s divison all the way down to the under 10's. Offshore winds and barreling 4 footers continued throughout the day giving contest organisers the chance to push through all the way up to the semi finals across all the divisions, leaving the second day for the girls division and the finals.

On the second day, Sunday, May 14th, the sun was out all day with offshore winds, although the wave size dropped to 2-3 feet, it still offered the groms amazing conditions. “During the first day the waves were pumping and all the groms were ripping, giving great performances with air attempts and barrels. On the final day the waves were a little bit smaller, but still perfect for all groms! I am so happy about being here with all these young surfers and the whole Rip Curl crew!”, commented surf legend and team rider Pepen Hendrik.

The point break of Cimaja, West Java offered the best conditions during these past 2 days, leaving all the Groms with great scores and big smiles on their faces! “The contest went great, the waves were perfect, the timing was perfect, the size was just right for the groms in all the categories, from U-16’s to the U-10’s, every body is happy, it was a great success!”, expressed contest director and Rip Curl team rider Dedi Gun.

During the semi-finals of the U-14’s, all the judges were impressed by Varun Tandjung’s and Bronson Meidy’s epic surfing skills who both scored totals above the 9,00 point range helping them advance to the finals where they matched up against in form surfers Kona Eru and Made Dera.  At the end of the day it was Super Grom Kona Eru who claimed first place honours with a total heat score of (8,90), Varun came in 2nd place (7,03), Bronson in 3rd place (6,23) and Made Dera took 4th place with a total of (3,37).
Leading in the U-16’s division was Bali boy Ketut Agus who made it to the finals after blowing away the judges with his sharp turns and techinical carves, ending up with a total of (8,43) in the semi finals againts I Nyoman Shu Kamiyasa (5,57), Riki Afrianto (3,57) and M. Juanda Saiful Rohim (1,2). The final saw an exciting battle between Ketut Agus who scored (9,63) and Dhanny Widianto coming in second only 0,57 points behind. For the U-16 local boys category, M. Juanda Saiful Rohim impressed the judges and got first position with total score 11.3, the best score of the entire competition followed by Abudzar Alghifari at the second position with 6.47 points giving them the chance to attend the national finals to be held in Bali in October. 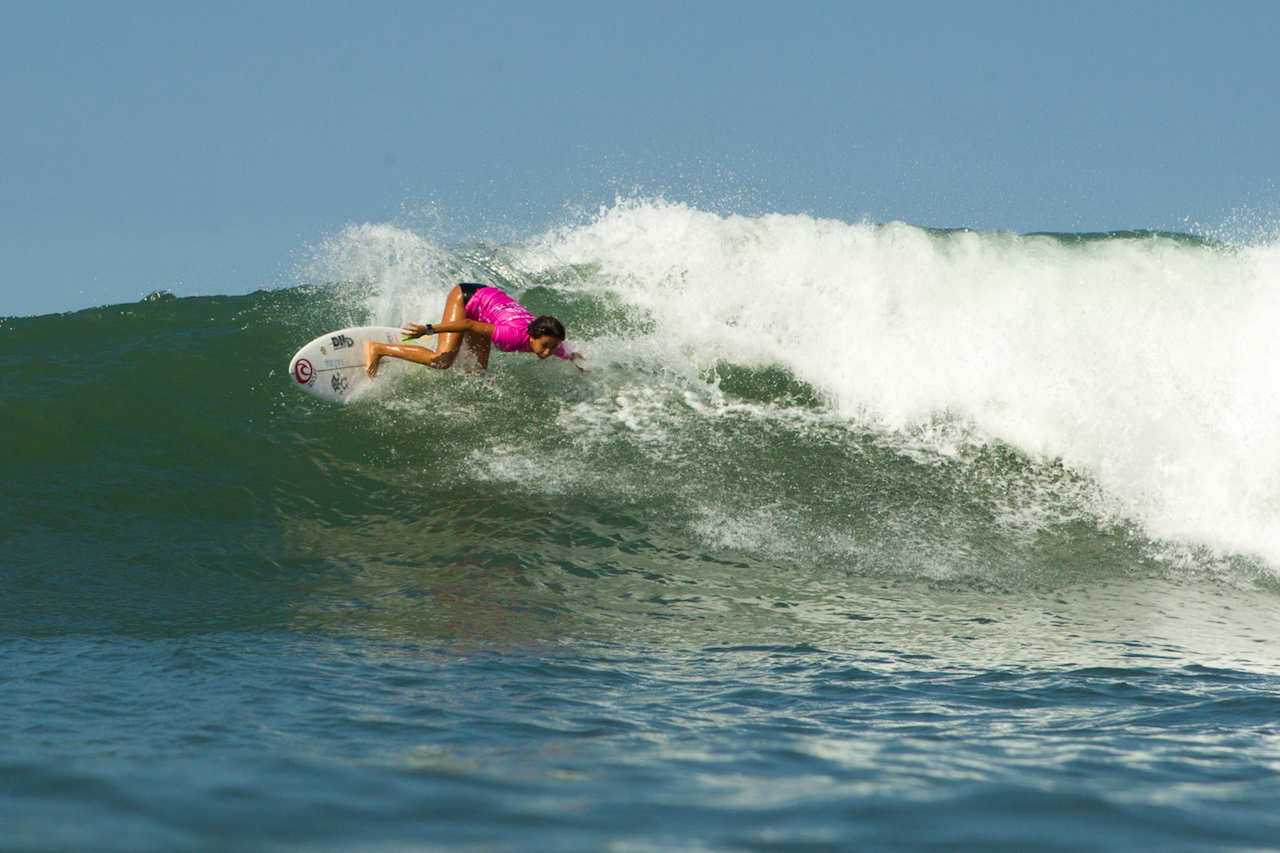 “I love this wave, today was a little bit small, but some great ones came through, I know my scores weren’t great, the tide was a little bit too high, but I’m still stoked and had a great time!”, said Taina Izquierdo after winning the girls division with a total of (7,63) againts Rasti Nurhasanah (4,60), Nika Sundari (3,63) and Perta Melia (1,33).

During the 2 days of the Rip Curl GromSearch, all competitors joined in to help in a giant beach clean and learned about how important it is to respect the beach and coastline. At the end of the 2nd day, not only the competitors but also all the locals of Cimaja, West Java engaged in fun beach activities.

Rip Curl is looking for young and fresh talents to build the next generation of upcoming surfers, so... Let the Grommets rock! 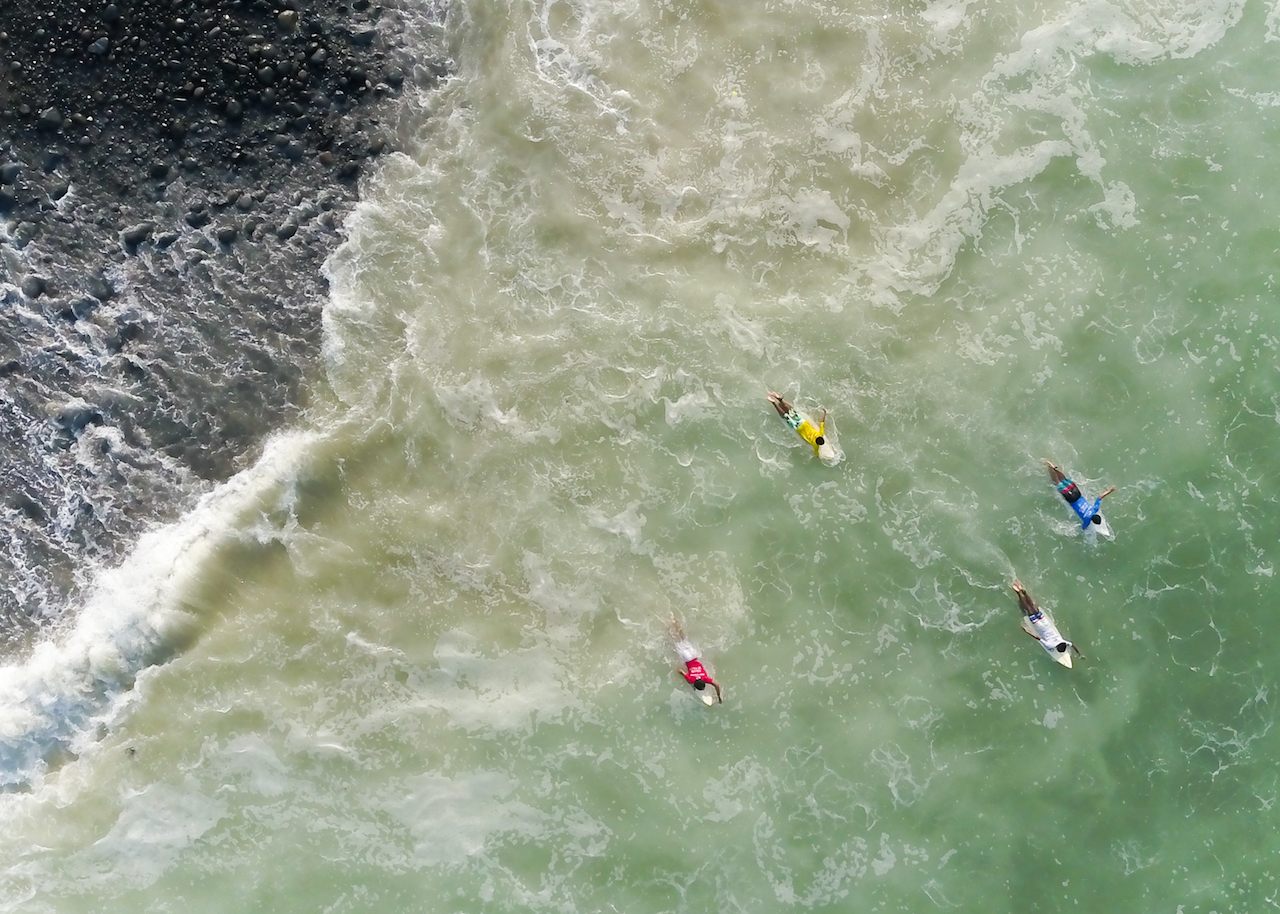 Schedule of the Grom Search events for 2017: 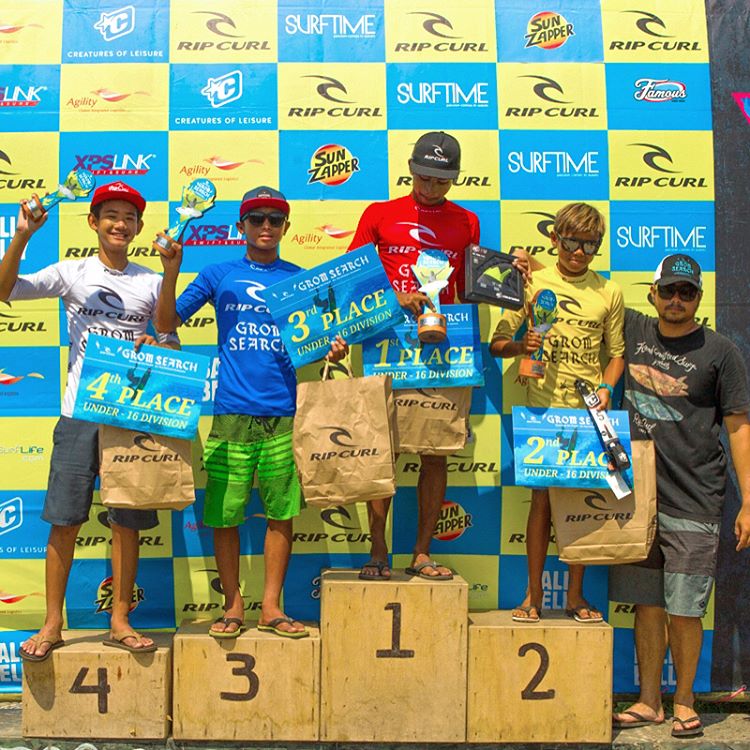 *The under 16 Grom Search finalists