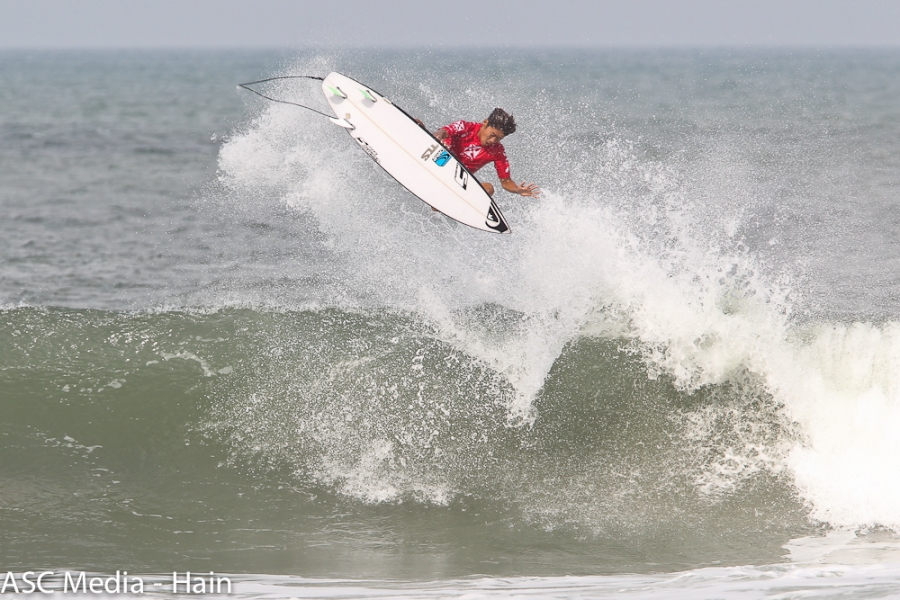 where the arrival of the delayed increase in swell from yesterday around mid morning provided thundering 6 foot plus bombs to test the remaining Women’s Shortboard, Men’s Longboard and Men’s Shortboard competitors.

The two heats of the Women’s Shortboard Division saw the cleanest conditions of the day, though still having to dodge the occasional closeout, these young women only one of which was over 20 years old proved that they were fully up to the physical and mental challenge of tackling big Canggu.

In Heat One it was Kailani Johnson taking the win with Giada Legati coming in second, and in Heat Two it was Kailani’s sister Puanani Johnson overtaking 14-year-old Summa Longbottom in the last minutes to win and advance into the Semifinals. 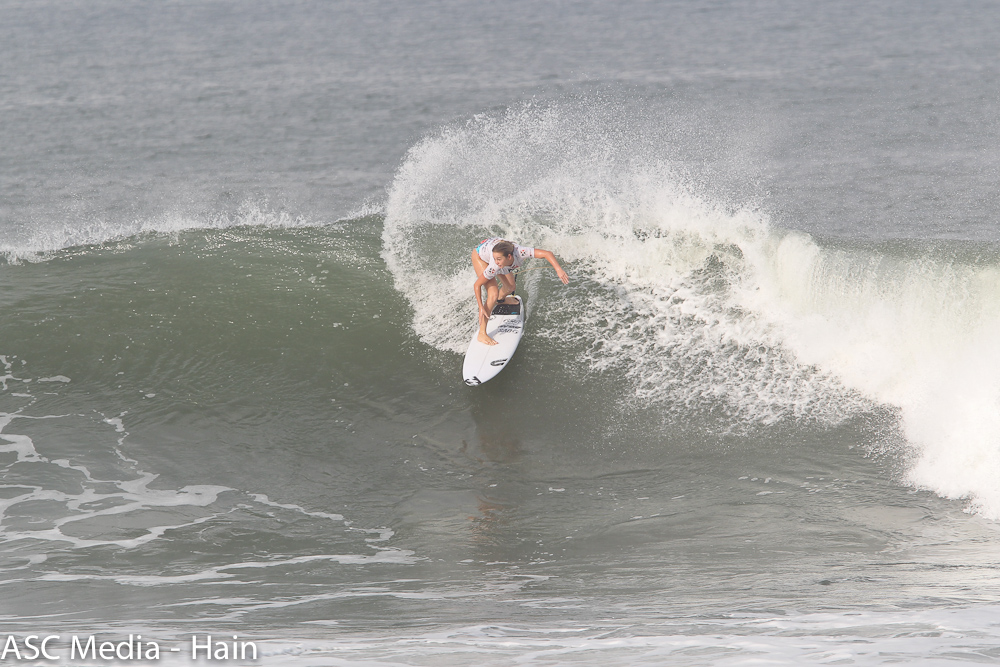 During the two heats of the Men’s Longboard Division the swell increased another foot or two, and combined with the arrival of the sideshore wind had the competitors working hard to find correct positioning and good scoring opportunities.

2-time World Longboard Champion Harley Ingleby went to work immediately and powered into the lead with combinations of deep cutback turns and noserides, posting two excellent scores of 8.2 and 8.3 to win the heat.  Java’s Mencos Cosomen took second to advance into the semifinals.

In the second heat it was Jack Entwistle winning the top spot with his wave selection and powerful backhand surfing, with Deni Firdaus taking second.

Tomorrow’s Men’s Longboard Semifinal matchups will see fellow Australians Harley Ingleby and Jack Entwistle battling for a finals berth in Semifinal 1, while in Semifinal 2 it will be an all Javanese affair as Mencos Cosomen and Deni Firdaus decide who will get the remaining finals spot.

After an exciting four heats of 4-man action in the Men’s Shortboard Division, it was down to four heats of man-on-man dueling for the semifinals berths.

Rio Waida was again a standout, posting excellent scores with combinations of turns, hacks, floaters and aerials to win both his heats and earn his Semifinal spot.

Big wave charger and surfboard shaper Dylan Longbottom seemed to revel in the big and boisterous conditions, and not only enjoyed the challenge of the biggest waves on offer but also took to the air twice on one wave to show the younger guys that he has all facets of the game nailed.  He took down Raju Sena to earn his place in the Semifinals 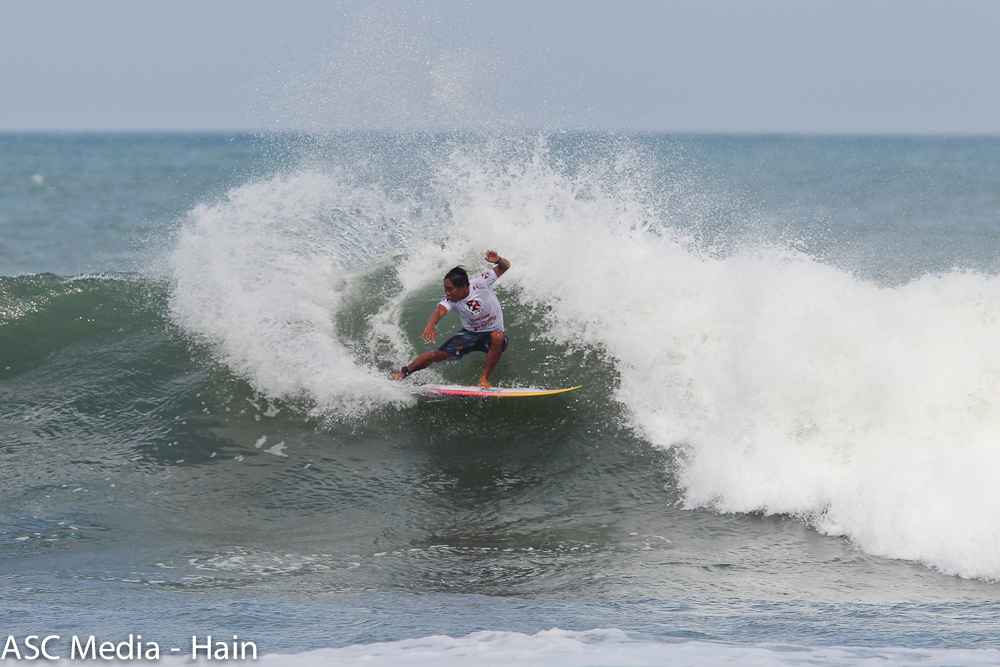 The other two Semifinal spots go to the twins from Legian, Made Darmayasa and Darmaputra Tonjo.  Both surfers have similar styles and are known for their ability to paddle forever, catch a hundred waves, and almost never fall of during maneuvers. Today was no exception as they dodged the big close out sets and found scoring opportunities while energetically prowling the shifty lineup.

Semifinal 1 of the Men’s Shortboard Division will see Rio Waida taking on Dylan Longbottom, then in Semifinal 2 is will be Mada Darmayasa against his brother Darmaputra Tonjo.

Contest Director and ASC President Tipi Jabrik was also in the competition and made it into the Quarterfinals, where he was unfortunately eliminated by Darmaputra Tonjo.  When asked about the conditions and his experience he replied, “The conditions were actually not that bad, you just needed to be in the right spot to catch a good one.  Luck and conditioning were defiantly the big factors out there.  I haven’t surfed during the last two weeks so it was a real workout for me, and when you’re up against a guy like Tonjo that is like the Energizer Bunny with endless energy, the deck is a bit stacked against you.  But it was great to be out there and I think it’s important for a contest director to surf and experience the conditions in order to properly do his job.” 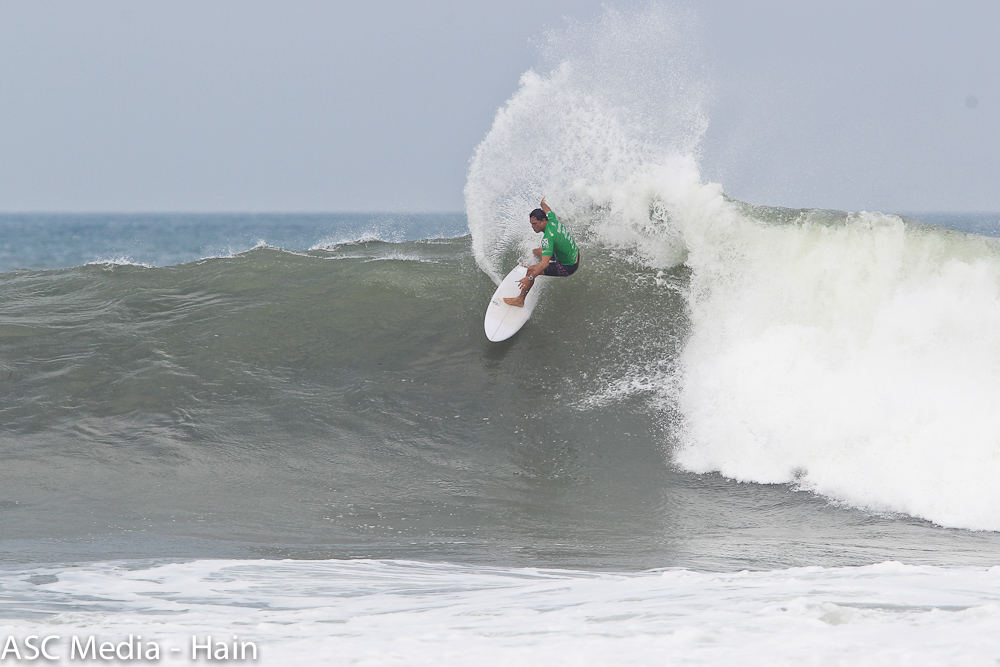 All the competitors are requested to attend awarding party that will take place on Sunday afternoon at Premier Surf Camp on Jalan Pantai Pererenan, starting at 6 pm to receive their trophies, prize money, and other goodies.  So be sure to come and enjoy the fun and celebrate with all the competitors, friends, and sponsors.