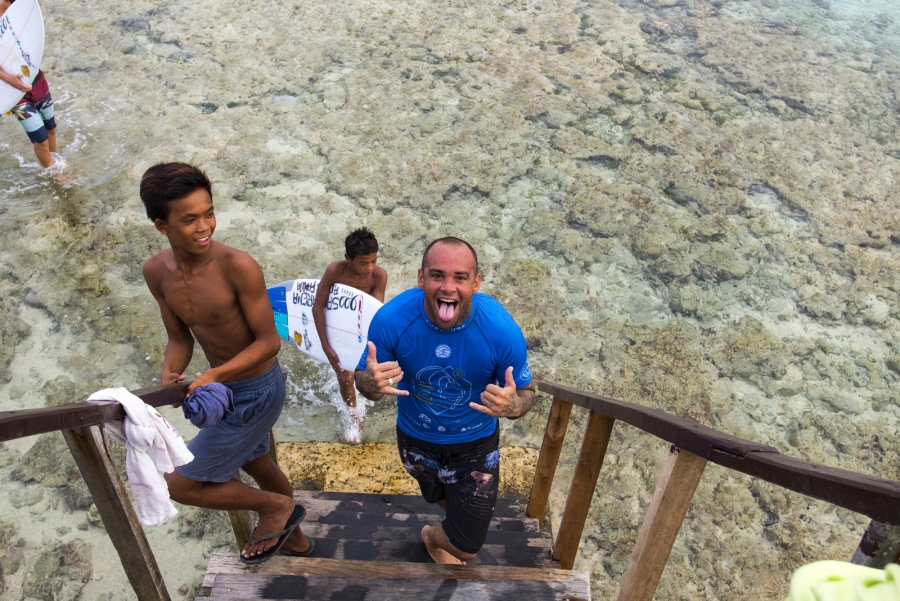 Raoni Monteiro, the winner of the event Benett/WSL

After an epic four days of competition, Raoni Monteiro (BRA) has been crowned the Champion of the 2017 Siargao Cloud 9 Surfing Cup. In its first year as a World Surf League Qualifying Series (QS) 3,000 event...

Cloud 9 didn’t disappoint with great waves on offer all week including the final day where competitors had clean 2-to-3 foot high-performance waves to lay into.

In an event filled with excitement and pumping waves, the most thrilling heat of all was hands-down the Final. Former elite Championship Tour (CT) competitor Monteiro came up against Costa Rica’s Thomas King (CRI). The lead went back and forward between the two throughout the 35-minute final with King holding the lead into the dying minutes. Needing a solid 7.17 (out of a possible 10) in the dying seconds, Monteiro took off on a medium set wave and got busy. The score came in at an 8.03 giving Monteiro the win with a heat total of 17.06.

“I can’t even explain how happy I am right now,” Monteiro said. “Right at the end when I saw that wave came I knew it as the one and I knew I could do it. This has been a really amazing event for me. It is my first time here in the Philippines and the waves have so good, we have all been really spoiled with the waves we got and everyone was ripping so I feel really lucky to come out on top.” 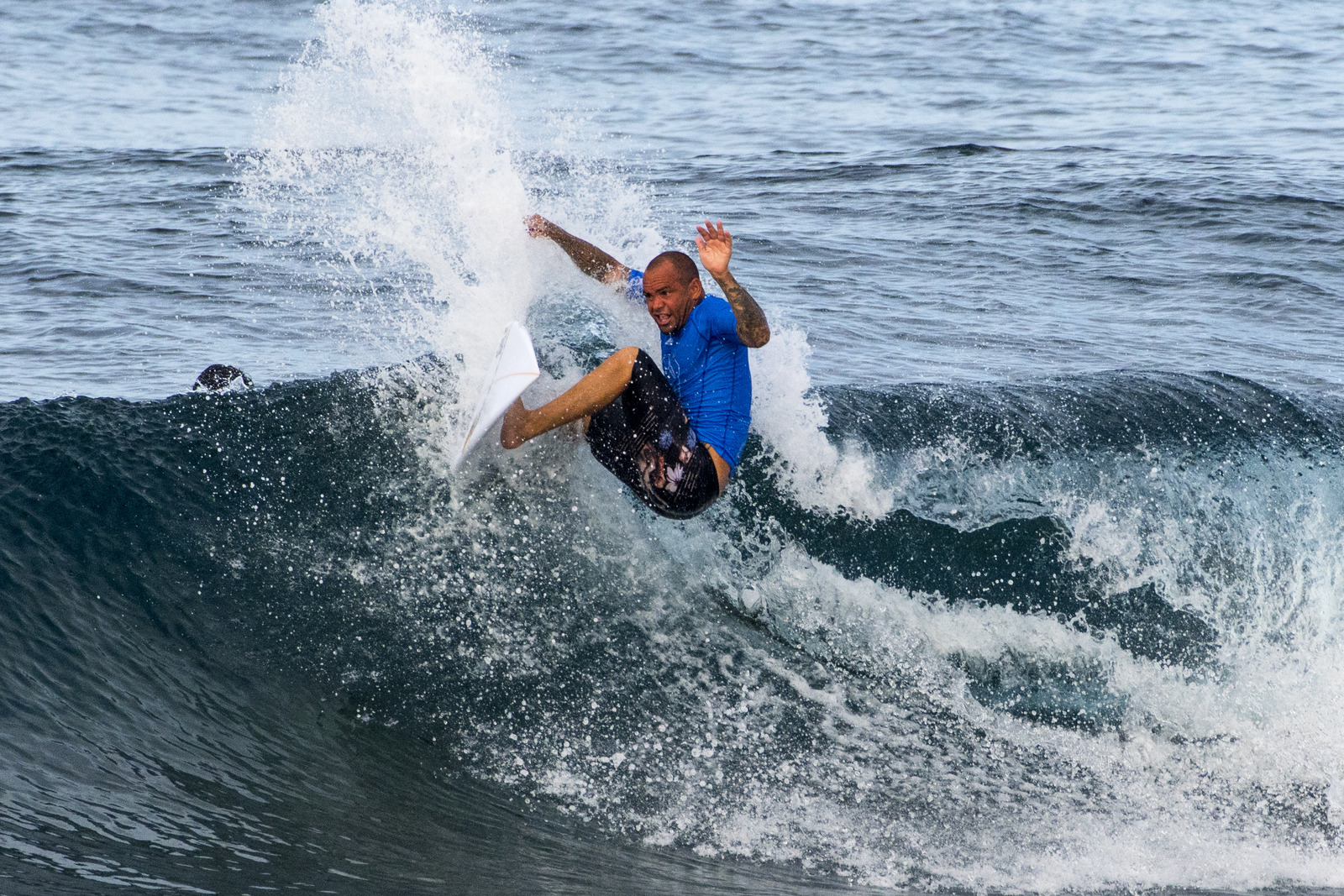 *Raoni Monteiro was the form surfer of the event at Cloud 9. Credit: © WSL /  Tom Bennett

After a myriad of knee injuries forced Monteiro off the CT in 2014, he took some time to focus on family and time at home. In 2017, he has returned to competitive surfing arena and is determined to return to the elite level. This win not only gives him 3000 raking points but the confidence to know he can still mix it with the best and win events - a feat he last accomplished at the prestigious Vans World Cup at Sunset Beach in 2010.

“The last event I won was Sunset so it has been a while since I had this feeling,” Monteiro continued. “I have been working really hard on my comeback and training hard. It is so nice when all of the hard work pays off. The most important thing I have gained from this win is confidence in my surfing and my ability to surf contests. I can’t wait for the next event in Brazil.”

Thomas King (CRI) had Monteiro on the ropes until the final seconds and looked to almost become the event champion. Falling just short was not an issue for 21-year-old King who surfed an incredible event and will leave the Philippines with his best QS result to date.

“This is the best place I’ve been in my life,” King said. “It is beautiful and the waves are sick, I’ve had an amazing week. This is by far my best result so I’m just happy to surf in a final, especially with a former CT surfer like Raoni. He was surfing so well and I’m really stoked for him that he won.” 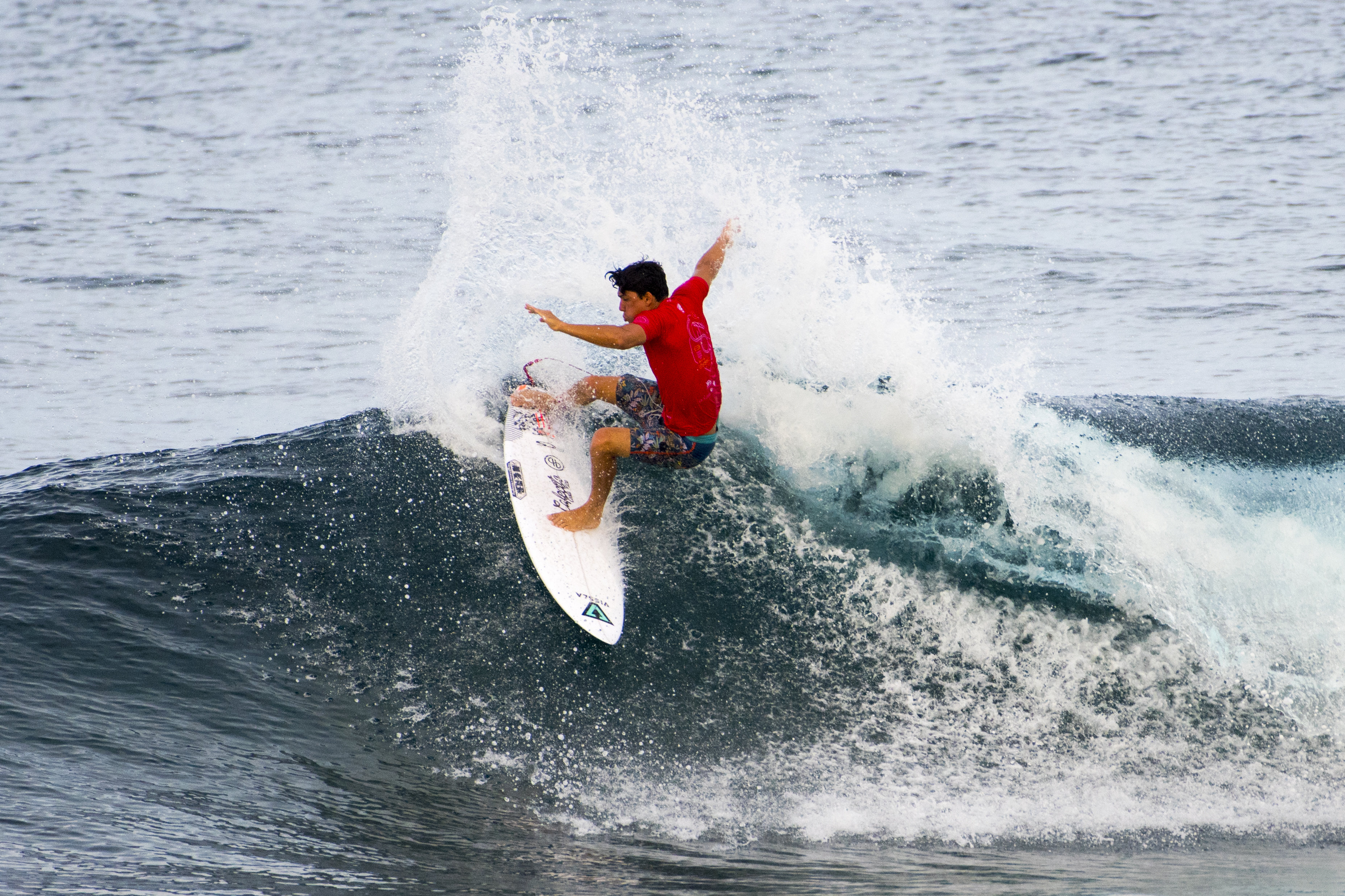 *Thomas King on the way to his best QS result with a second place finish at Cloud 9. Credit: © WSL / Tom Bennett

On his way to the Final, Monteiro overcame Peruvian ripper Lucca Messinas (PER) in an epic semifinal. Messinas looked in incredible form posting a solid heat total of 14.93 for his quick forehand attack. Monteiro had other ideas how ever posting a massive heat total of 18.07 leaving Messinas to finish the event in equal third place, his best QS result to date.

“I’m really happy with my performance here,” Messinas said. “I have never had a result this good in a QS so I’m stoked. This event has been so good with some amazing waves, definitely the best waves I’ve seen for a QS event. This was my first time in the Philippines as well and I loved it – it’s an epic spot here at Cloud 9.” 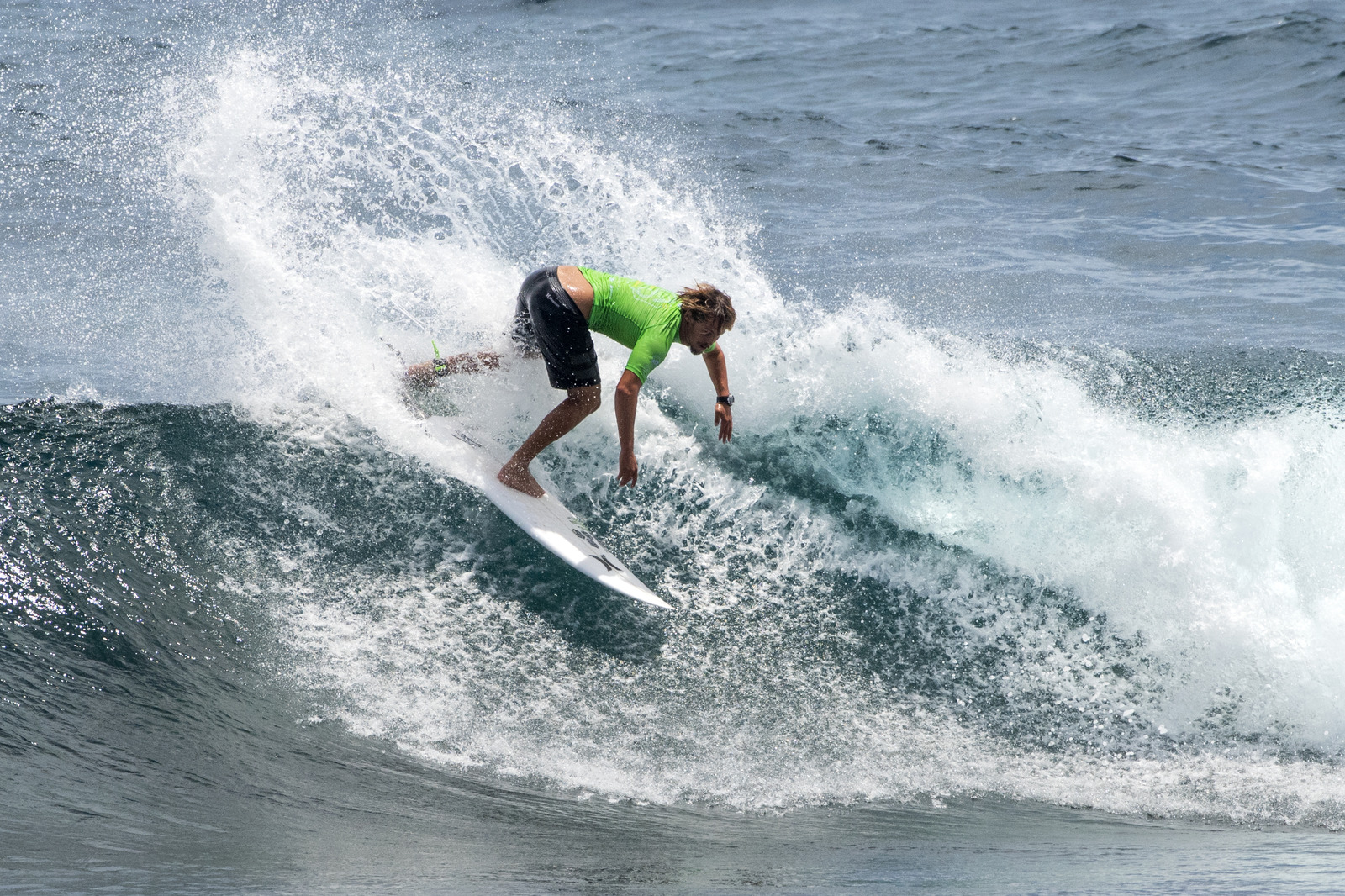