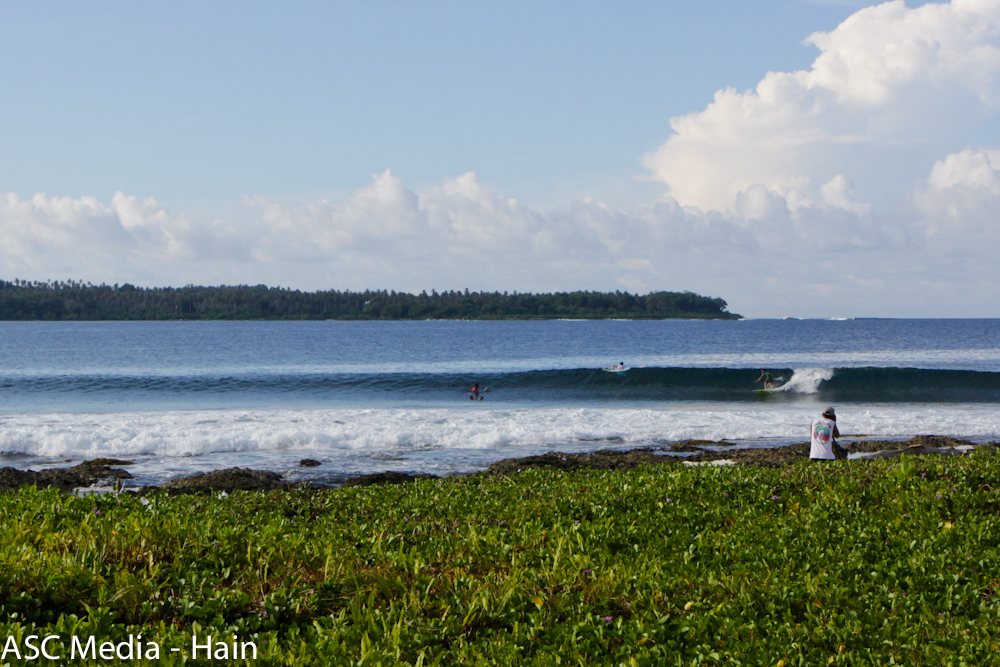 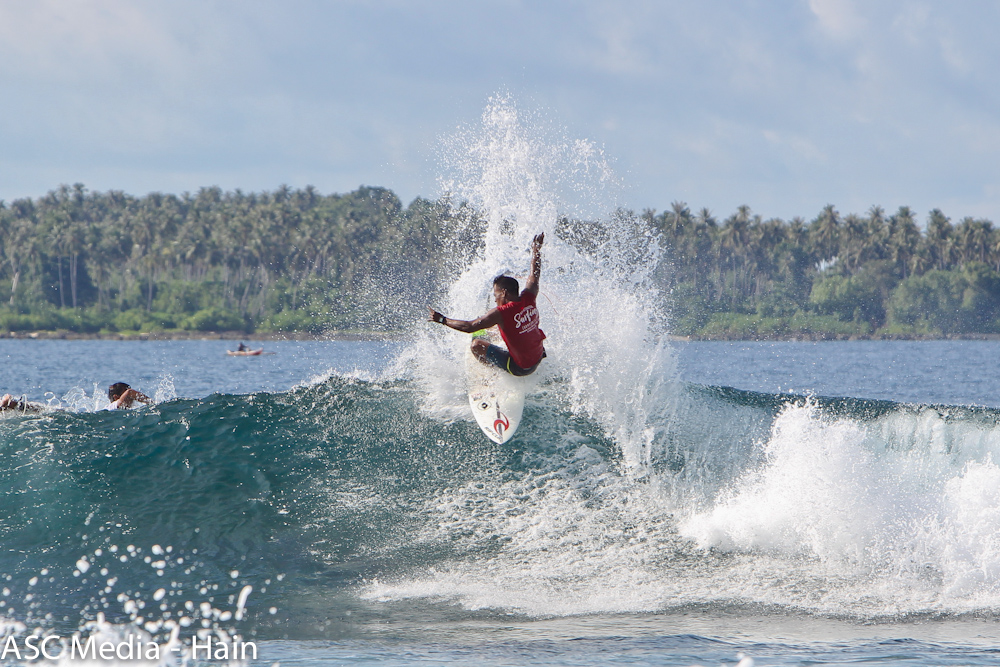 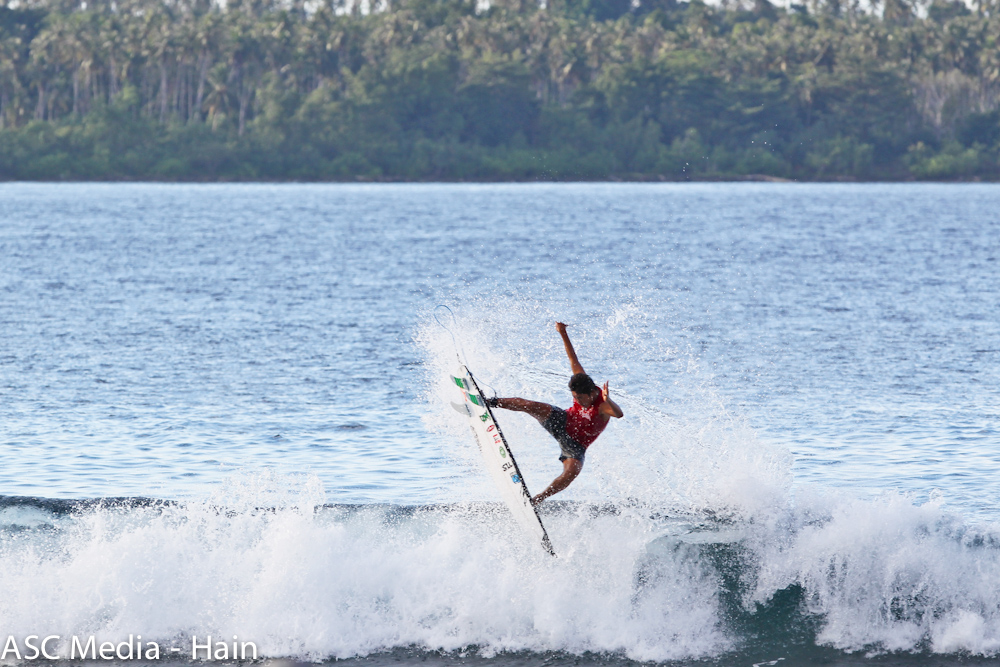 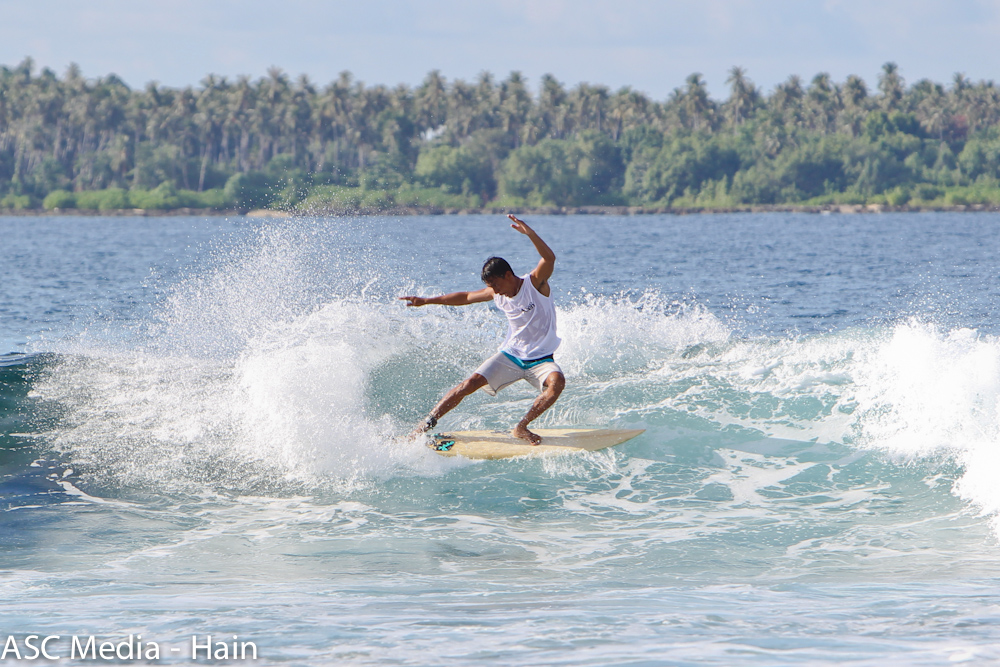 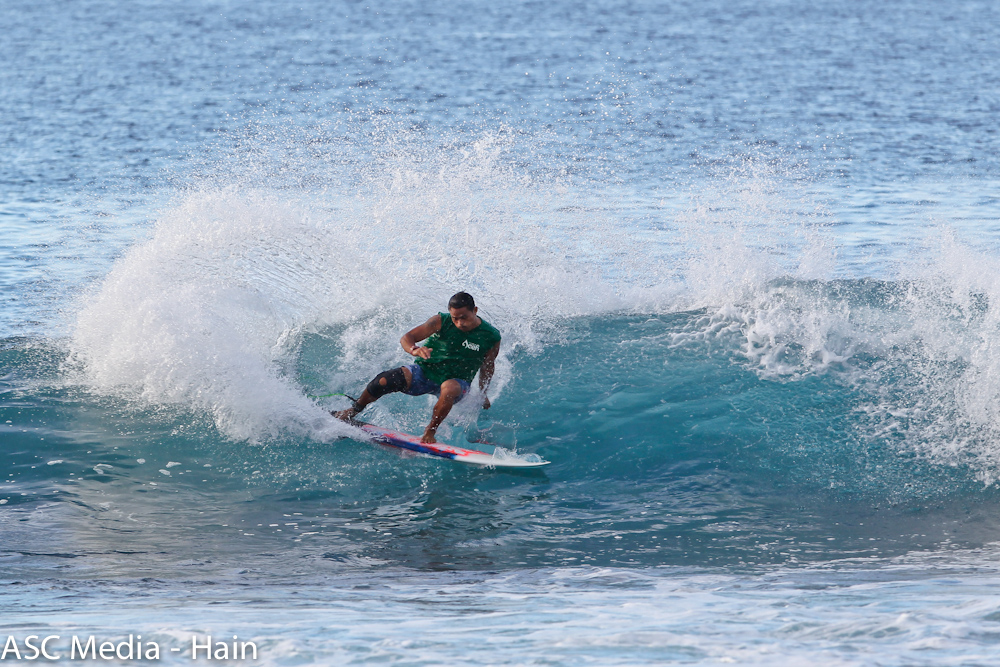 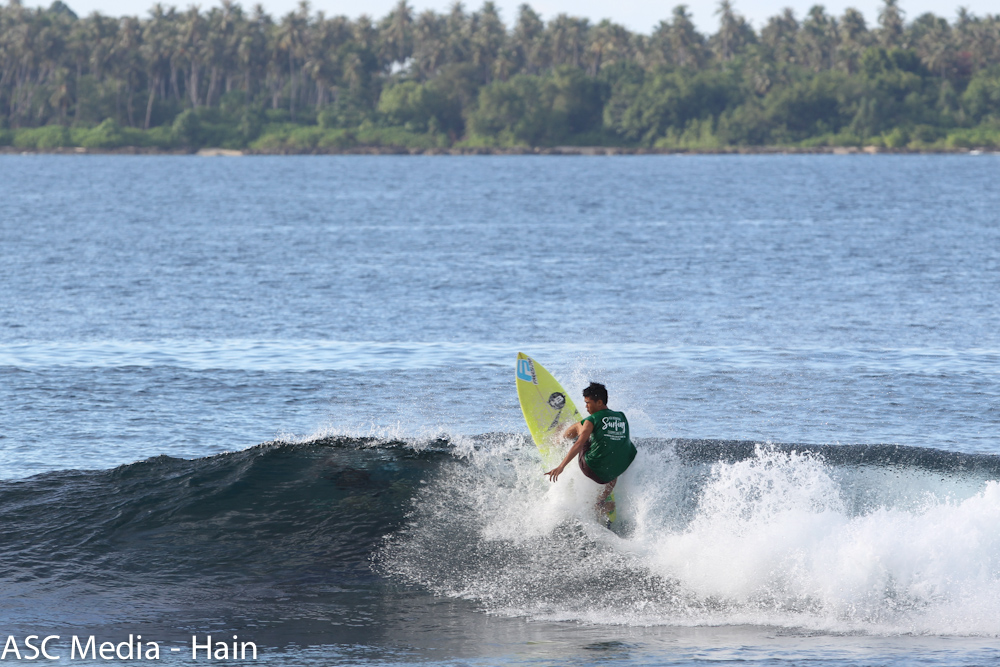 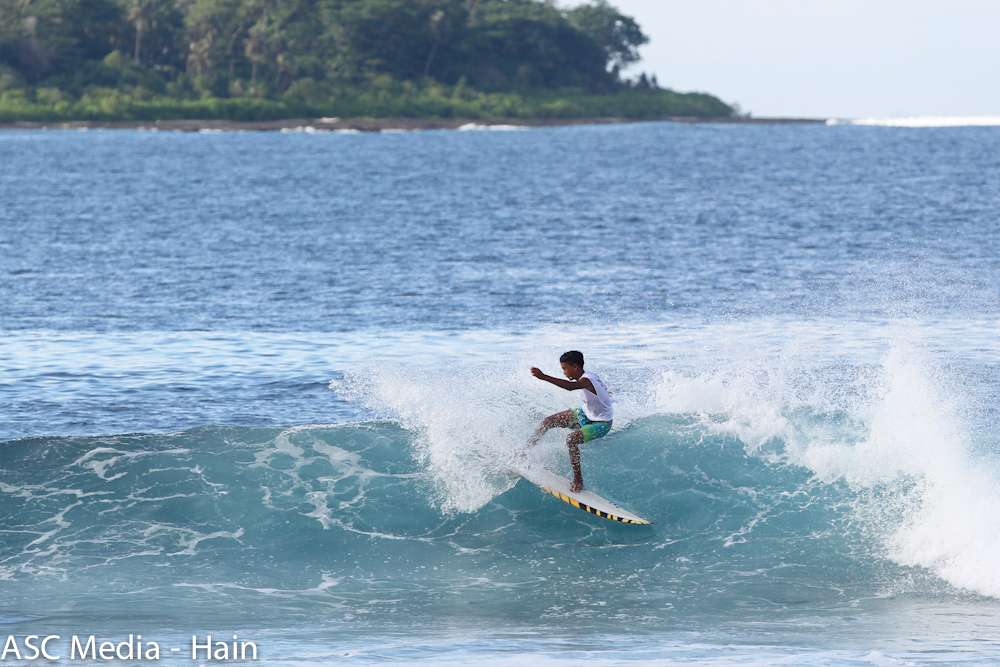 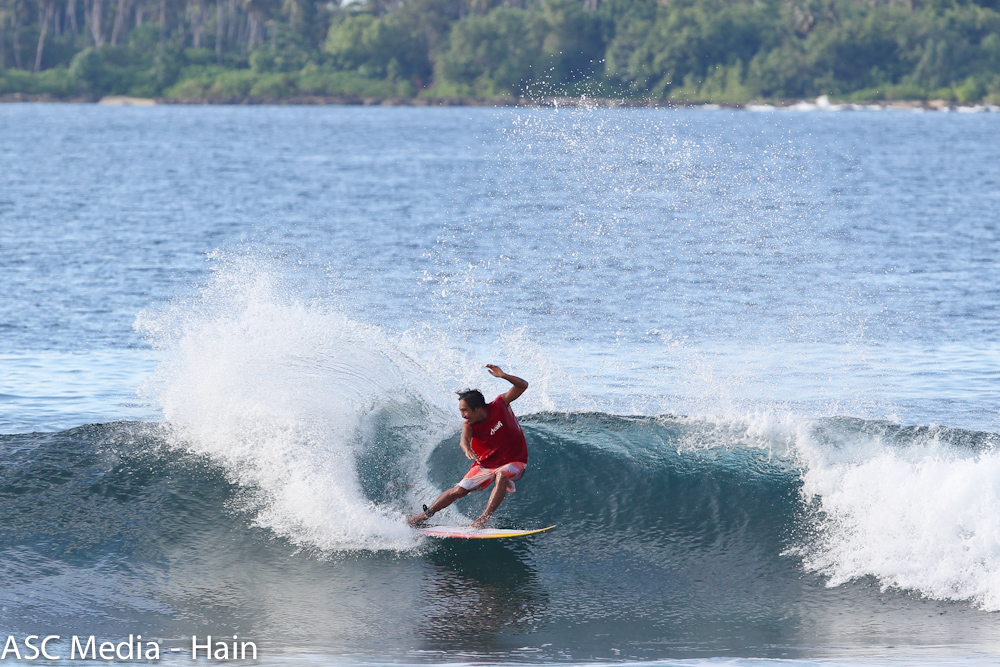 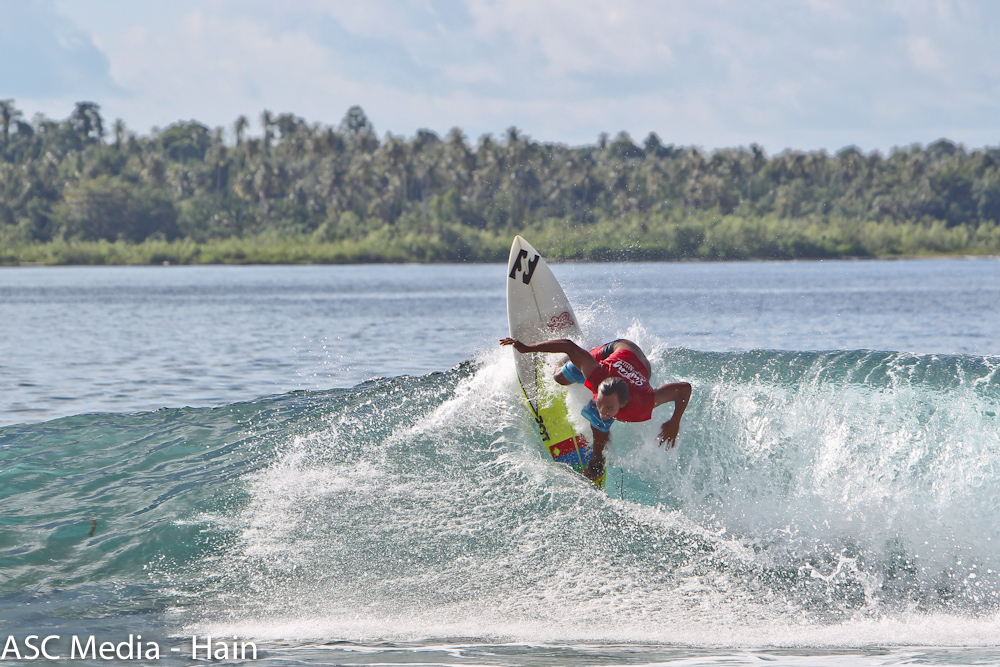 In a short day of competition on the second day of the Aceh International Surfing Championship 2017, the field was narrowed down to the 8 surfers that will go head to head in the man-on-man quarterfinals that will lead to the exciting conclusion of the event.

While yesterday’s swell forecast was predicting slight smaller surf today, dawn revealed waves in the 2-3 foot range with the occasional bigger one pushing through, so it was an easy decision for local contest director Josh to call the Round 3 surfers into action.

“It was great to see better waves than expected this morning, so we’ll run the four heats of Round 3 today, leaving us with only 7 heats tomorrow,” said Josh.  “Tomorrow we expect an incoming swell so I think we’ll see the best waves of the event in what should be an excellent and entertaining finale to the contest,” he added.

In Heat 1 of Round 3 it was Rio Waida from Bali taking the heat win with slashing combinations of turns and landing an air reverse to continue his run towards the podium, with Nias charger Rahel Wau coming in second.  Local’s Rozi Lines and Ilan came up short but put in a great effort and will come home with some prize money and valuable competition experience.

Heat 2 saw Bali’s Darmaputra Tonjo getting on the leader board early and never looking back, and another Nias competitor Herbert Jackson nabbing the second spot and advancing.  Local crowd favorites Rambo and Reza put in respectable performances given their age and experience against the older lads, but ended 3rd and 4th in the heat.

Veteran Bali competitor Pepen Hendrik is the oldest surfer in the event at 38 years old, but surfs like a guy half his age.  He had no trouble posting some great scores and easily winning Heat 3.  So was an all out fight for second place until Nias surfer Sejahtera Wau forgot there was no 4 man priority and dropped in on local surfer Ivan, costing him an interference penalty and the chance for a quarterfinal berth.

“I saw Ivan get a wave before me then paddle out past me, so when a wave came in I just went and didn’t look back, thinking it was my turn. Looking back I know it was my mistake, but at the moment I thought it was my wave as he had just gotten one.  But it’s a learning experience for me, so it’s ok,” explained Sejahtera after the heat.”

That mistake pushed Ivan into second place, with Eliazar Sababalat from the Mentawais taking third.  Ivan lives and works in Simeulue but is from Pangandaran, West Java, and tomorrow will be up against Pepen Hendrik in the quarterfinals.

Heat 4 ended up being slowest heat of the morning, so luckily Putra Hermawan from Nusa Lembongan took the first wave of the heat and posted a 7.5 score to grab the lead.  His only threat was Bali’s Mega Artana, the sole remaining goofy footer in the competition, and is lightening fast on his backhand, but as the waves slowed down he couldn’t find a big scoring wave to challenge Putra for the lead.  Nias surfer Alexander Bu’ulolo and Banda Aceh’s Yudi Andika also failed to advance as the quiet ocean refused to give them a chance to score.