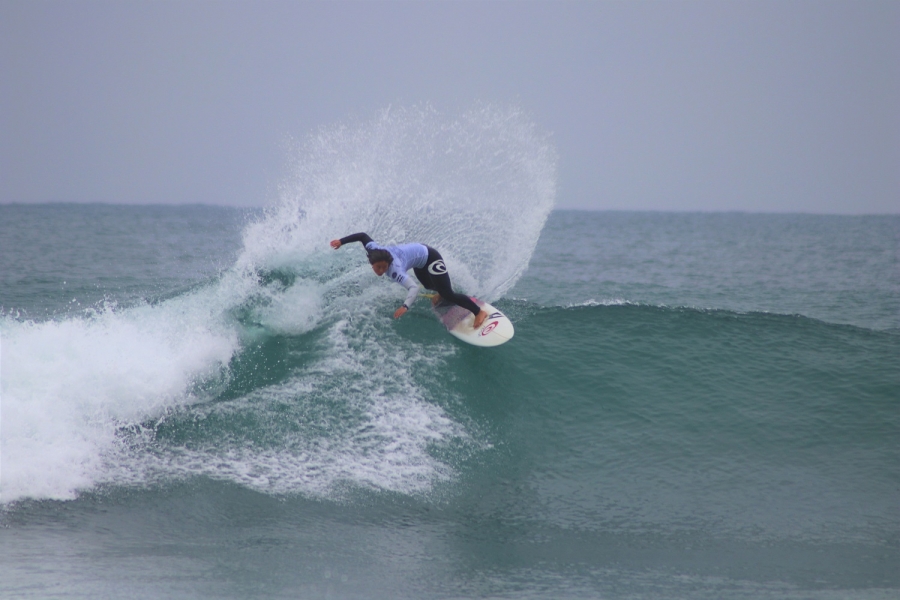 Amouro Tsuzuki (JPN) was one of the highest placed Japanese surfers of the White Buffalo Women's Pro. Credit: © WSL

Event is set for the  quarterfinals tomorrow

Maruki Point has continued to pump out epic conditions on Day Two of the White Buffalo Women’s Pro WSL QS3,000. It was a long day of competition with a number of Rounds being completed and only the Quarterfinalists being left.

Young Australian Hopeful Alyssa Lock (AUS) put on an epic display on Day 2 landing herself a spot in the Quarterfinals. Lock posted an excellent 9.00 point ride on her way to the finals where she will meet compatriot Holly Wawn.

Japanese Surfers Minori Kawai (JPN), Rehn Hashimoto (JPN) and Amuro Tsuzuki (JPN) all surfed fantastically on the second day making it through to Round 4. Unfortunately, this is where there run stopped meaning none of the local hopefuls was able to make it into the Quarterfinals.

WSL Championship tour Competitor Pauline Ado (FRA) was a standout early posting a solid heat total of 14.90 to progress into Round Three. Her form hit a speed hump however as she was eliminated in Round 3