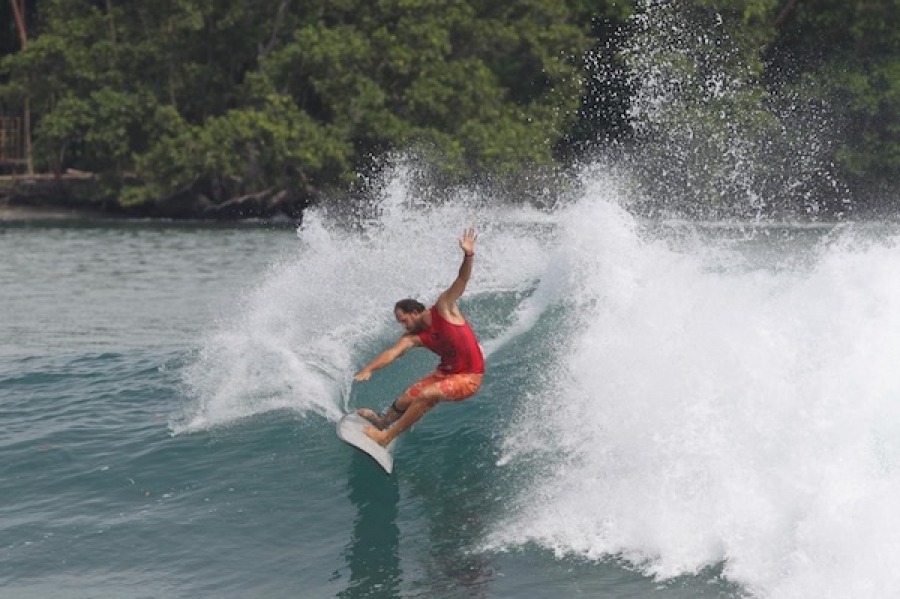 A group of the world’s best Longboarders will converge on the shores of Japan this week for the Trump Onjuku Logger Pro.

The final event of the Longboard Qualifying Series (LQS) season will take place at Onjuku in the wave rich region of Chiba, south-east of Tokyo.

With a wonderful forecast on hand, the perfect longboard waves at Onjuku Beach will once again have some of the biggest names in Longboarding for the event that will help decide the competitors that will head to Papua New Guinea and Taiwan for the 2018 Longboard Championship Tour (LCT) events.

Two-time World Longboard Champion Taylor Jensen (USA) will return to Japan for the LQS as he prepares to go for his third World Title later this month in Taiwan. Jensen will be joined by East Coast sensation Tony Silvagni(USA), Hawaiian Kai Sallas (HAW) and former World Champion Piccolo Clemente (PER) from Peru.

Local hopefuls Masaya Tsukamoto (JPN) and Kai Hamase (JPN) will hit the water along with hit the lineup with veterans Kota Sakuraoka, Yuji Hatai, Go Suzuki and Hiroshi Sato. The Japanese contingent will utilise their local knowledge as they take on some of the biggest names in the sport.

Joining the men will be an epic international field of the world’s best female longboarders all looking for important LQS points.

Anterior REnextop Asian Surfing Tour Announces Final Stop of 2017 at Philippines from 14-17 December Próxima The ASC has Changed its Name - But Not its Focus!