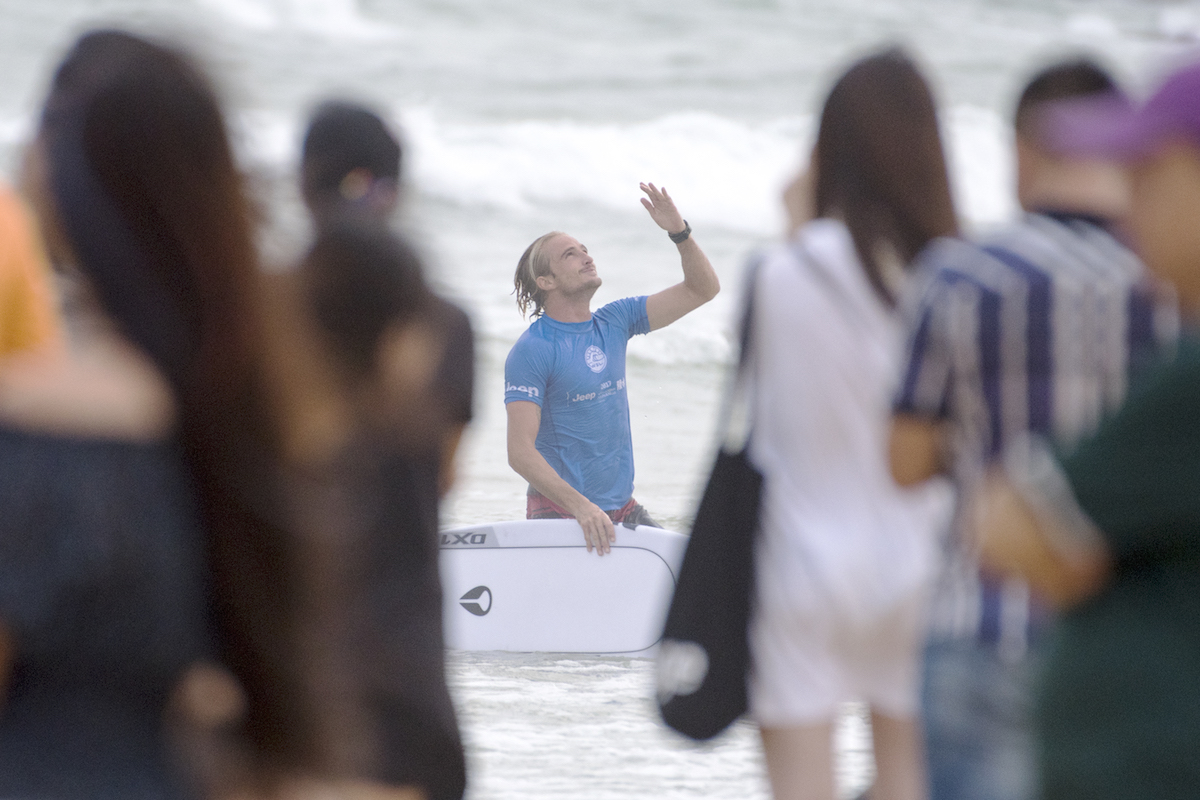 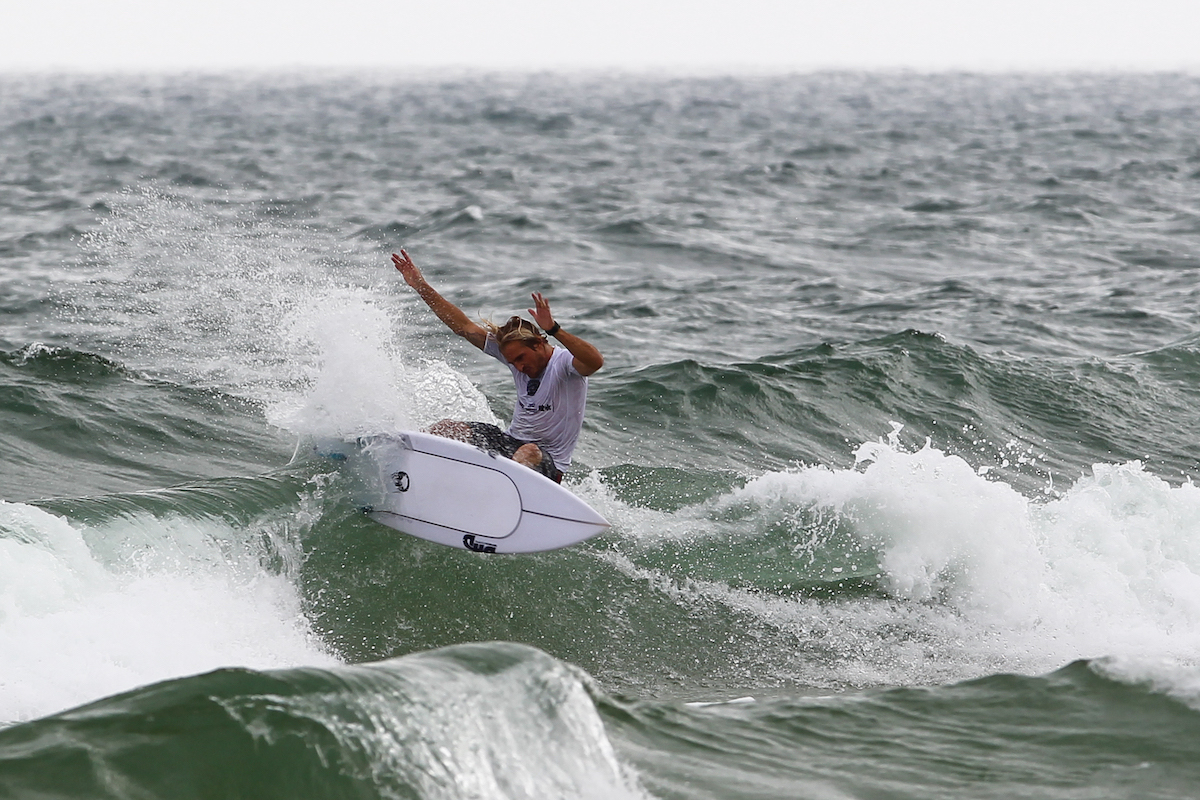 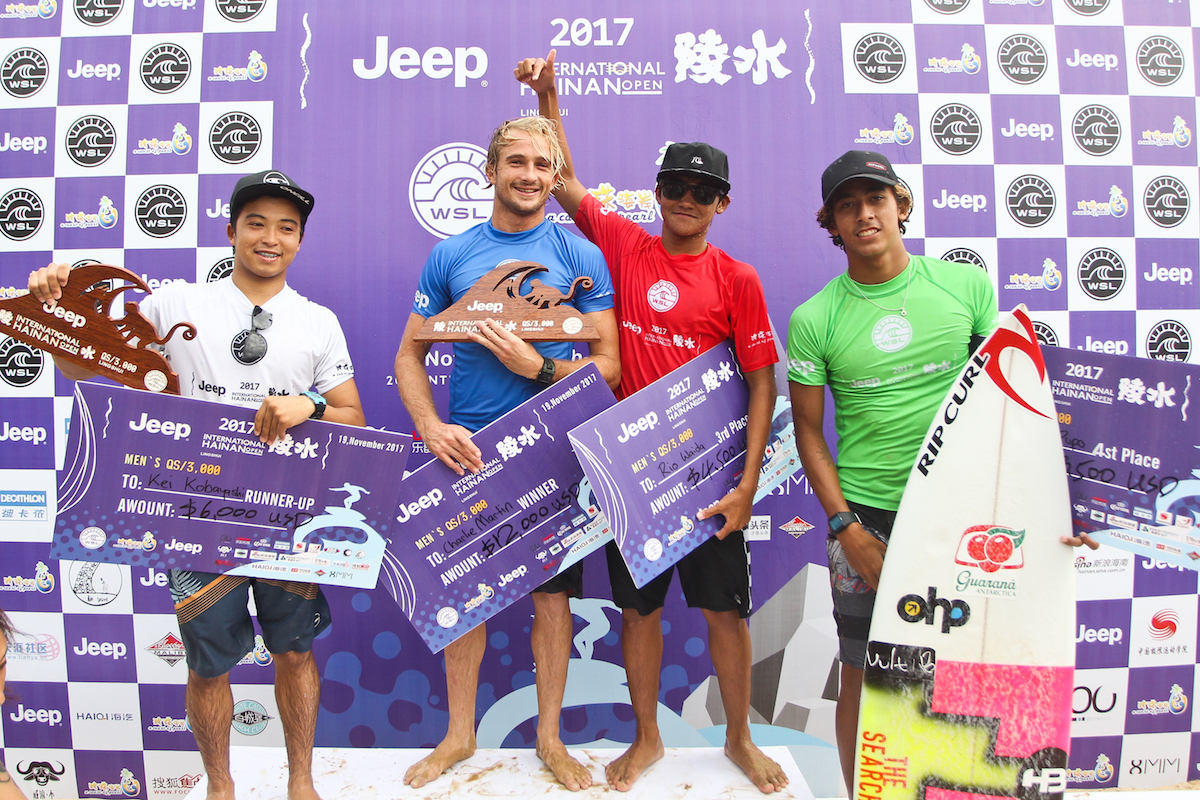 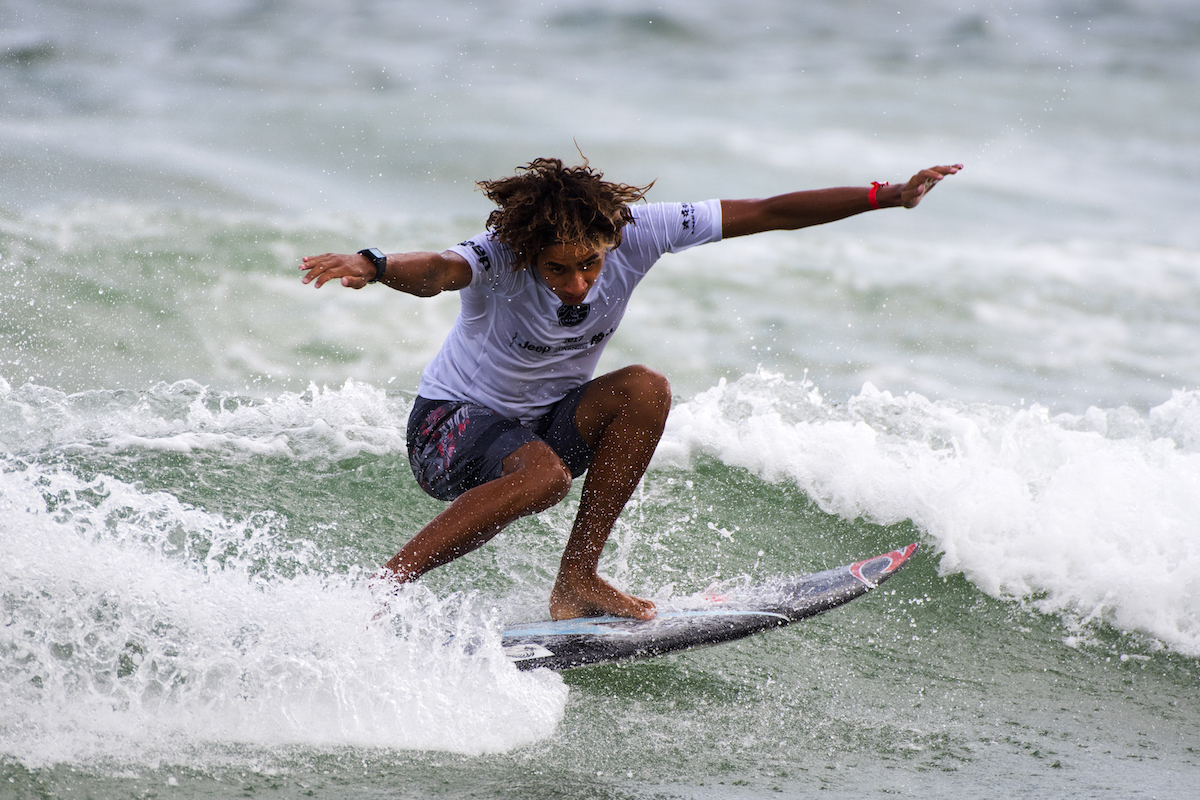 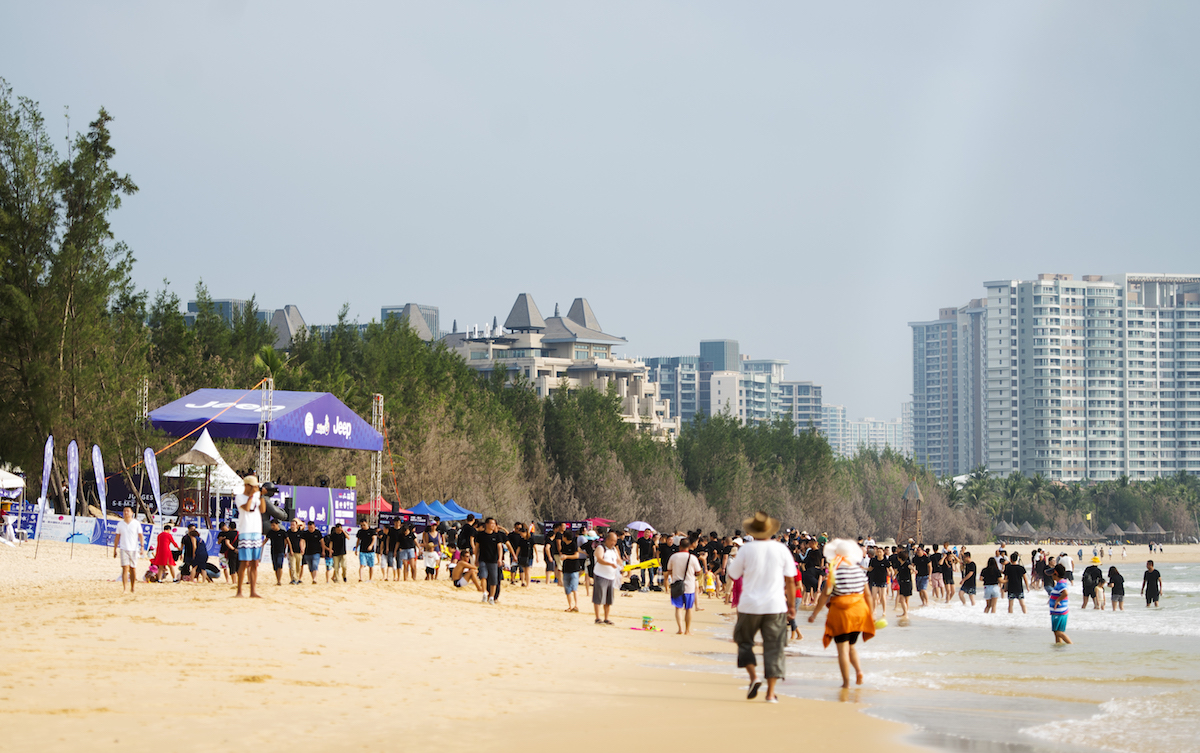 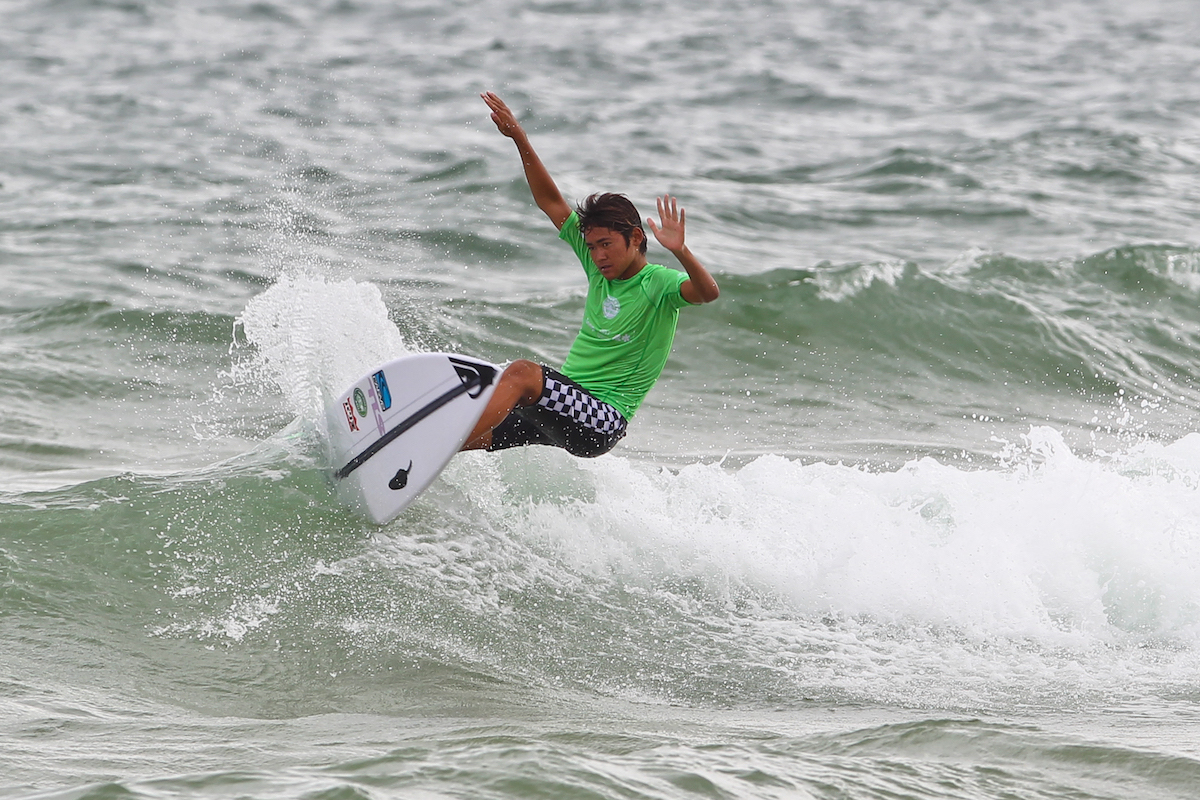 After a lack of swell hampered the efforts of event organisers throughout the week, the final day of the event window saw a slight increase in ocean activity. With a bump in wave heights, Finals Day was a marathon for all involved with 27 heats being surfed by day’s end.

Small conditions aside, the Final was an absolute thriller with each surfer putting on excellent performances in what was undoubtedly the heat of the event. All surfers held the lead for a portion of the final and posted waves in the good range, but it was Martin’s power and finesse in the small surf that earned him the winning heat total of 13.95 (out of a possible 20).

“It has been a hard few years for me – to win today makes me so happy,” Martin said. “I came here all the way from the Caribbean and it was a long journey but today it has all paid off. Although conditions were tough we all had to deal with it and it was hard for everyone especially the organisers so I am really thankful for everyone’s hard work. I just worked hard to get the best waves and snap them all the way to the beach and it worked for me.”

Martin is currently sitting at 109th on the QS rankings so missed out on competing at the Hawaiian events this month. But this result will put him inside the top 100 and give him a shot at making a serious assault on the QS in 2018.

“My purpose at this event was to gain as many points as possible to improve my seed,” Martin continued. “You can’t get more points than first so I’m so stoked that I came. I feel like I’m back and I can’t wait for next season.”


Trailing Martin in second position was Californian Kei Kobayashi (USA). Kobayashi looked to be in control of the Final with a solid lead at one point. Unfortunately, he was unable to hang on with a heat total of 12.50 but was over the moon with his second place finish and his performance in China this week.

“Going into the final I was already stoked with my result,” Kobayashi said. “It was awesome to share the final with that crew - we are all great friends. The waves were small but I still had fun, my board went really well and I just felt fired up to surf the entire week. This is my first time to China and it’s been great. I’ll never forget it.”


Currently leading the WSL Asia QS rankings is Indonesian prodigy Rio Waida (IDN). Waida looked solid all event and was finding places on the small waves to lay rail that others would only dream about. Although he came up just short with a heat total of 12.20, Waida has solidified himself on top of the Asia rankings and is closer than ever to clinching a start in the QS6,000 and 10,000 events in 2018.

“I really didn’t know what would happen at the beginning of the event because the waves were small, so I’m stoked to have made the final,” Waida said. “In the final, I had the lead for awhile and was really having fun out there.  I wanted to win of course, but I’m happy with third in a QS3,000 for sure. I’m really stoked to have the WSL Asia rankings lead now, and looking forward to next year getting to surf more big events and hopefully do well.”

Coming into the final the clear event standout was Brazilian upstart, Samuel Pupo (BRA). Pupo was posting some of the events highest heat totals and single wave scores for his lightning-quick progressive approach.

In the final, he was unable to find a rhythm but leaves China equaling the best result of his young career. “It was really hard out there in the final,” Pupo said. “Whenever I got a good wave it seemed like Charly would get a better one.  I wasn’t really in rhythm with the waves. In all my other heats I was finding the right waves and getting scores, but not in this final.  But it’s all right, I’m happy to make the final. China has been really nice, especially with this result.  I really love this place, even though the waves were really hard.  But you have to be able to be good in all conditions.”

Anterior Rio Waida (IDN), leader of WSL Asian rankings advanced into round 3 at Hainan Próxima Keramas in Bali will receive a world championship tour event in 2018