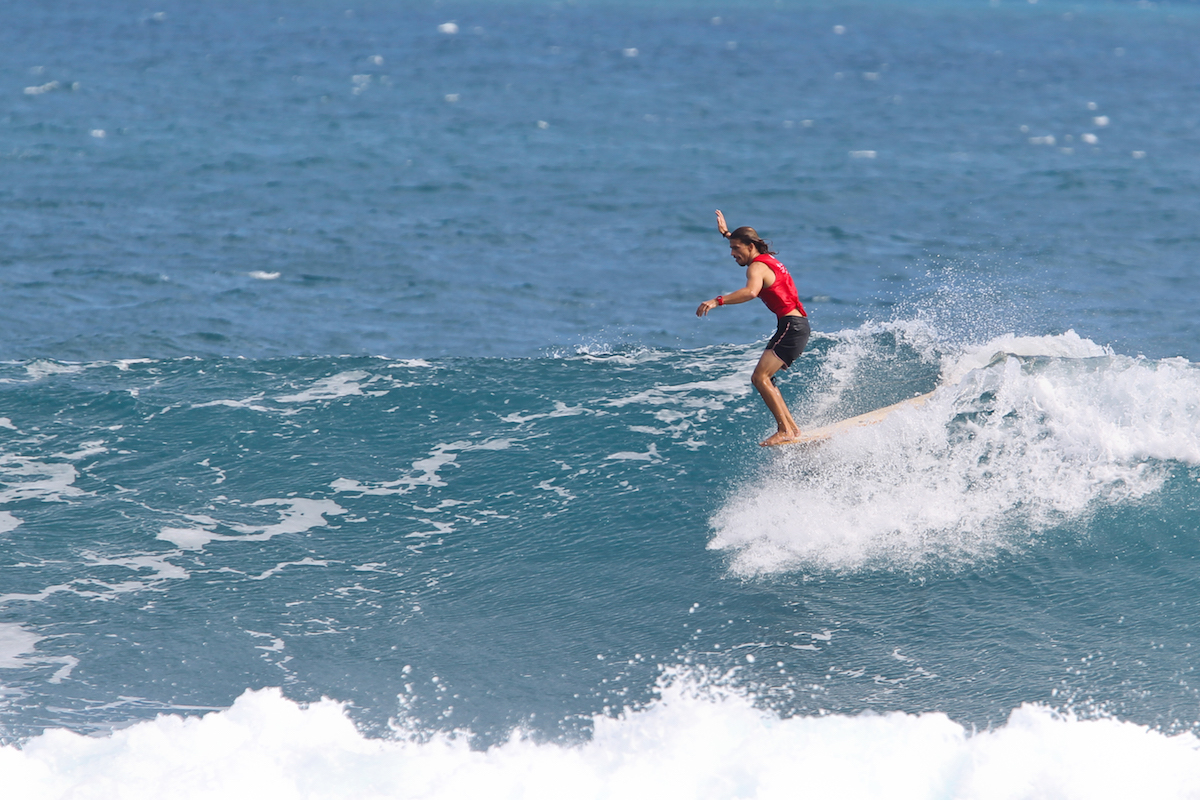 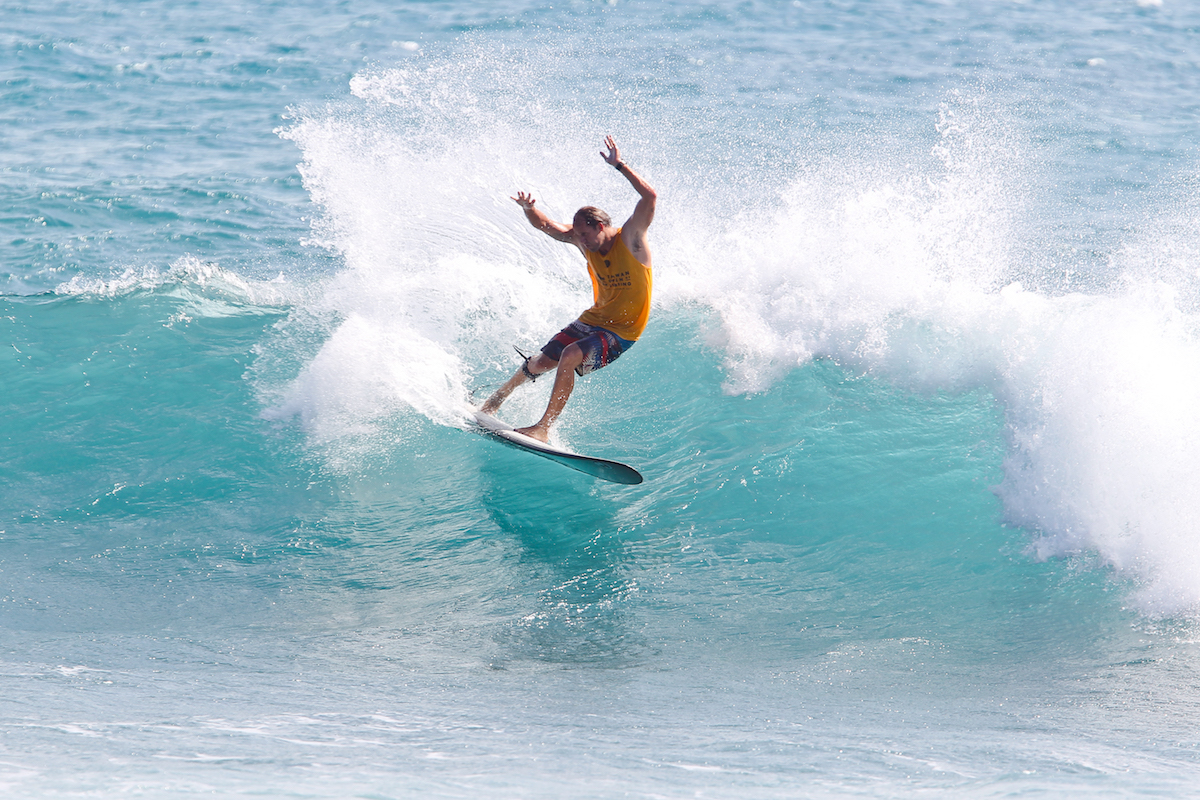 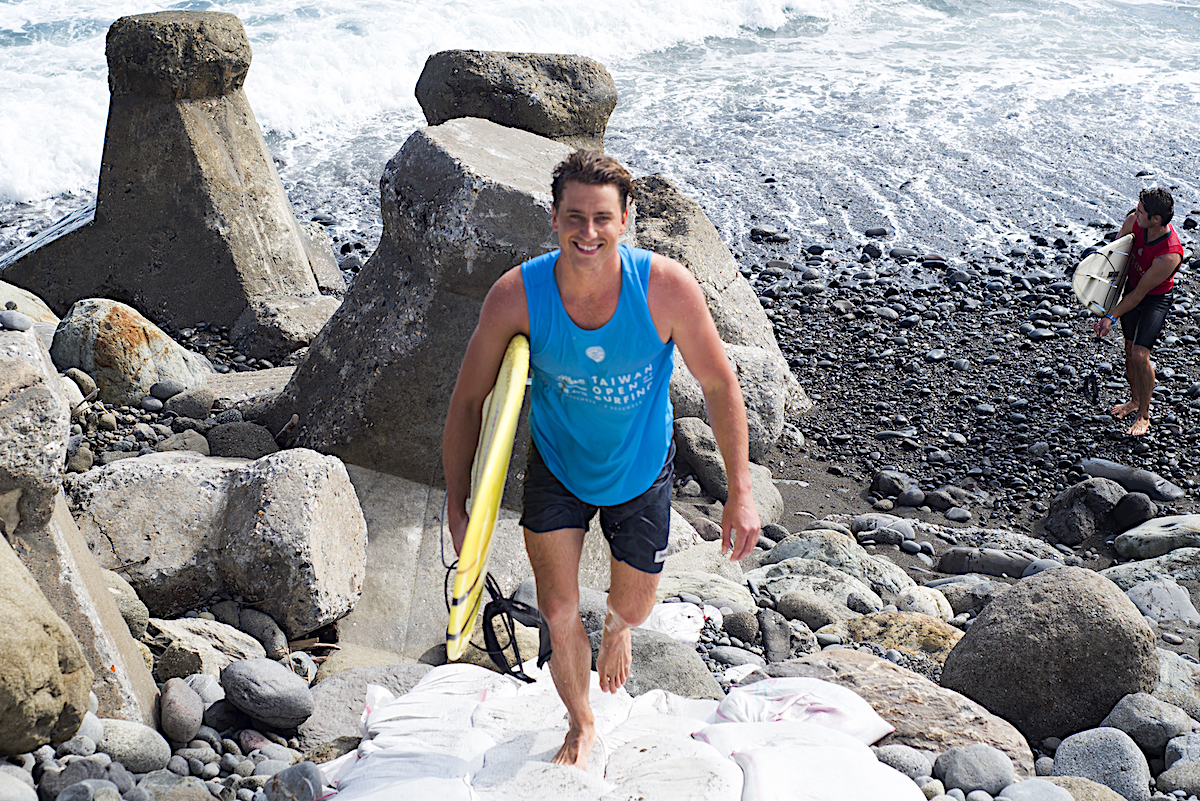 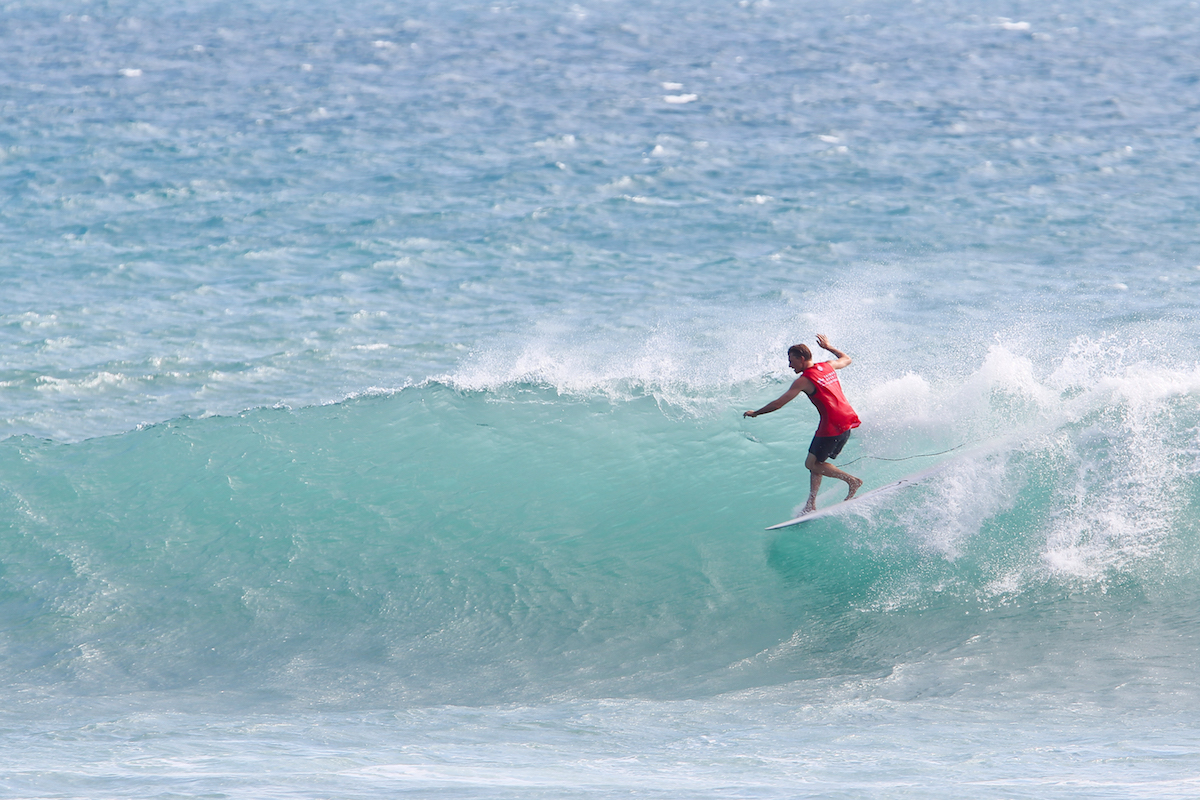 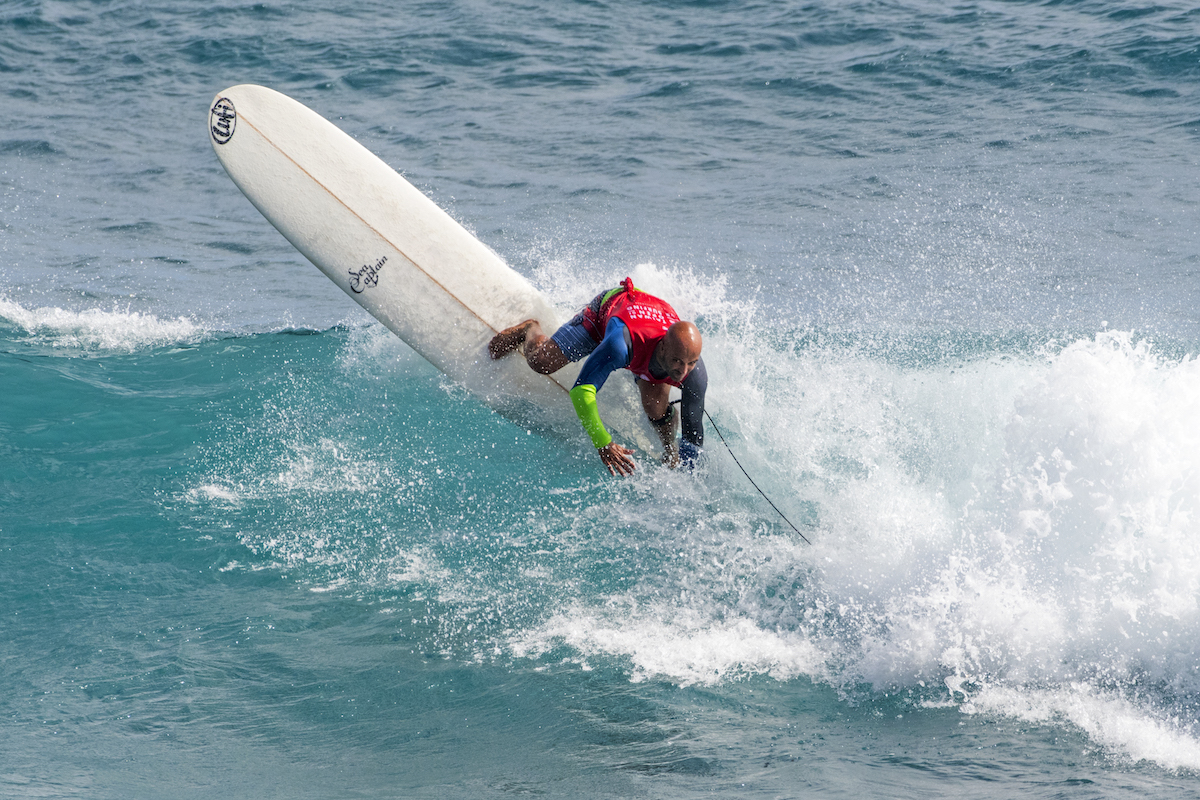 On a beautiful sunny day at Jinzun Harbour the 2017 Taiwan Open World Longboard Championships has continued with the completion of Men’s Round Three. It’s been ‘Groundhog Day’ here at Jinzun with perfectly clean 3-to-4 foot waves continuing throughout the event.

In his 6 years of competing at the Longboard Championship Tour (LCT), young Sunshine Coaster Nic Jones (AUS) has been unable to make it out of Round Three. On Day 3 of competition, Jones had a tough task ahead of him if he was to break his run of 13th place finishes when he came up against two times World Champion Piccolo Clemente (PER). Jones adapted to the conditions and criteria well, opting to surf on a traditional single fin and utilize time on the nose to find a 14.23 (out of a possible 20) heat total. Clemente failed to find a rhythm leaving Jones to progress to a guaranteed best finish on the LCT.

“I’m ecstatic right now – this is a special heat win form me and to have friends and family on the beach is amazing,” Jones said. “With the way the waves are at the moment I decided to surf a bigger board with a bit of extra weight in it and it was definitely the right choice. It was good to start the heat off strongly, but it was a nervous wait for the next, especially against a guy like Piccolo - he’s an amazing surfer. I finally found another score and am so stoked to make it into Round Three. My goal now is the Quarterfinals or better.”

It was an all Californian affair in Heat 4 of Round Three with Kevin Skvarna (USA) coming up against Cole Robbins (AUS). It was an exciting heat as the more traditional Skvarna sat on the left peak while Robbins kept to the rights. Robbins posted a 7.33 (out of possible 10) late in the heat to take the lead. Skvarna had a chance to answer back but fell and lost his board, one of the perils of surfing heats without a leash. Robbins was able to hang on for the win with a heat total of 14.66.

“That was a wild heat out there,” Robbins said, “We were sitting so wide away from each other it was hard to know if he was getting scores or not so it was super intense. I was going to surf a single fin but as the wind came up I decided a more performance board would be better in the wind. It allowed me to stay on the nose for a bit along with complete my turns which was good.”

Having finished runner-up on the LCT in 2009 and 2011, Hawaii’s Kai Sallas (HAW) is in the best position yet to take his first World Longboard Title. Sallas has been warming up at waves similar to Jinzun at home in Oahu to guarantee comfort in his quest to become Champion. He looked solid in Round Three posting the highest heat total of the round a 16.17.

“There’s a wave at home that is cross-shore like this and breaks in a similar way that I have been surfing more than usual in preparation for this event,” Sallas said. “This year is different for me as when I finished runner-up I was out of contention for the title so had no pressure. Now that I’m sitting in second there is more pressure but I’m feeling confident and ready for anything.”

Brazilian competitor Rodrigo Sphaier (BRA) put on a powerful performance in his Round Three heat attacking the lip and throwing buckets to post a heat total of 13.03 and overcome South Africa’s Matthew Moir (ZAF). Moir had an opportunity to overtake him late in the heat but couldn’t find the wave he needed to progress.

“That was a nervous heat for me,” Sphaier said. “Matthew is a really great competitor and hard to beat so it feels good to come out on top. The waves here are amazing, I have been warming up here all week and loving the conditions we have been getting.”

Frenchman Edouard Delpero (FRA) continued his good run at Jinzun Harbour progressing into Round Four with a strong win over Japanese competitor Shohei Akimoto (JPN). Delpero posted a heat total of 16.67 which was the highest of Men’s Round Three.

“I’m just trying to enjoy as much as possible and I’m lucky because I got good scores,” Delpero said. “The conditions are really tough out there.  I’m stoked with my surfing but I still don’t feel like I’m the guy to beat, because there is such a high level at this contest. I really like this region, I’ve been here twice already so I’m really enjoying my time here again.”

Anterior 60,000 tourists are stranded and 150,000 people are urged to evacuate - The mont agung Volcano is on Próxima Bali Airport Resumes Normal Operations