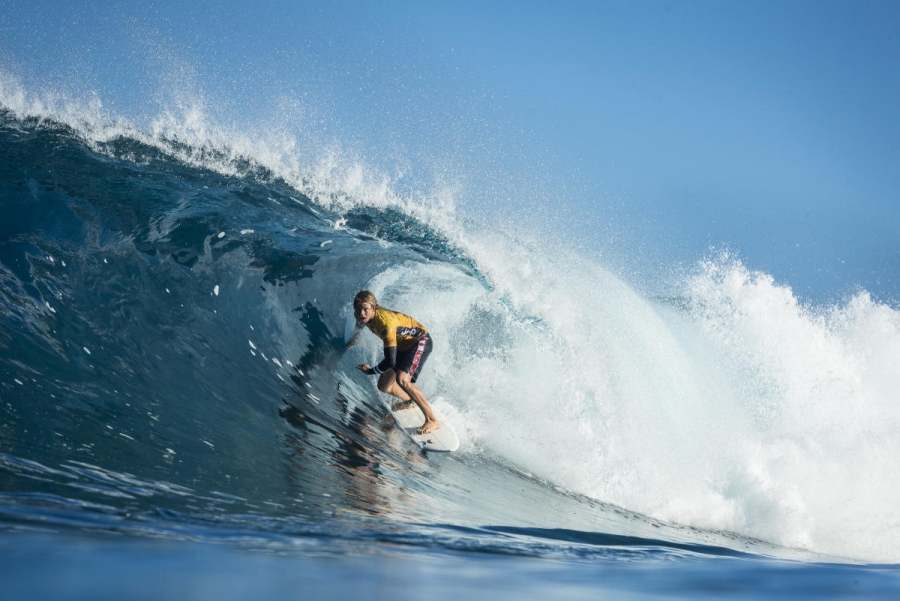 JJ Florence making his the first male surfer since the late Andy Irons (HAW) to successfully defend a maiden world title (Irons was ’02, ’03). Mark Richards (AUS), Tom Carroll (AUS) and Tom Curren (USA) are the only other male surfers to have achieved this feat.

Florence’s season started out with strong results during the Australian leg including his first event win of the year in Margaret River. After two 13th place finishes in Rio and Fiji, steadily improving results through the remainder of the season with a 5th place in both Jeffreys Bay and Tahiti followed by Semifinal berths at Trestles and in France saw Florence reclaim the Jeep Leader Jersey from closest rival Jordy Smith (ZAF). Challengers Smith, Owen Wright (AUS), Matt Wilkinson (AUS), Filipe Toledo (BRA) and Adriano de Souza (BRA) all suffered early eliminations in Portugal, falling out of reach of the title, while contenders Gabriel Medina (BRA), Julian Wilson (AUS), and Smith couldn’t deliver the results required to block Florence at the Billabong Pipe Masters in Hawaii.

A seven-year competitor on the elite WSL Championship Tour, the Hawaiian claimed his maiden title in 2016 with a win in Portugal having previously finished 4th (2012) and 3rd (2014). With this second title, the surfing world is eyeing the beginning of a new dynasty in high-performance surfing.

In addition to cementing his status as the best surfer on the planet, Florence spends his free time and celebrity working toward ocean health initiatives and environmental causes.