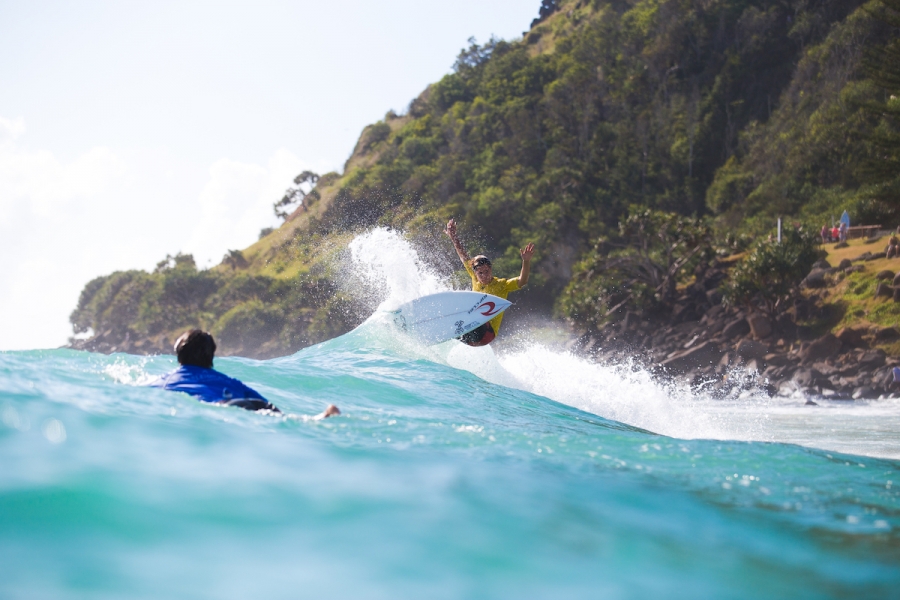 With a building swell on hand, event directors were able to complete Round Three of the Men’s while deciding the Quarterfinalists for the Women’s.

Last year’s Flight Centre Burleigh Pro runner-up Kalani Ball (AUS) has returned in 2018 and hopes to go one spot better at this event. Ball was almost too patient during his heat, only catching two waves with the winning one coming in the last five minutes. Needing a score to progress, Ball found a set wave and went to town eventually winning with a two-wave total of 11.30.

“It’s good to be back here at Burleigh,” Ball said. “That was my first heat for the season and I was really nervous, the sets were a bit slow and the competition was fierce so my heart rate was definitely up. I’m really pumped for this season and am definitely going for a top 10 finish in 2018, we’ll see how I go.” 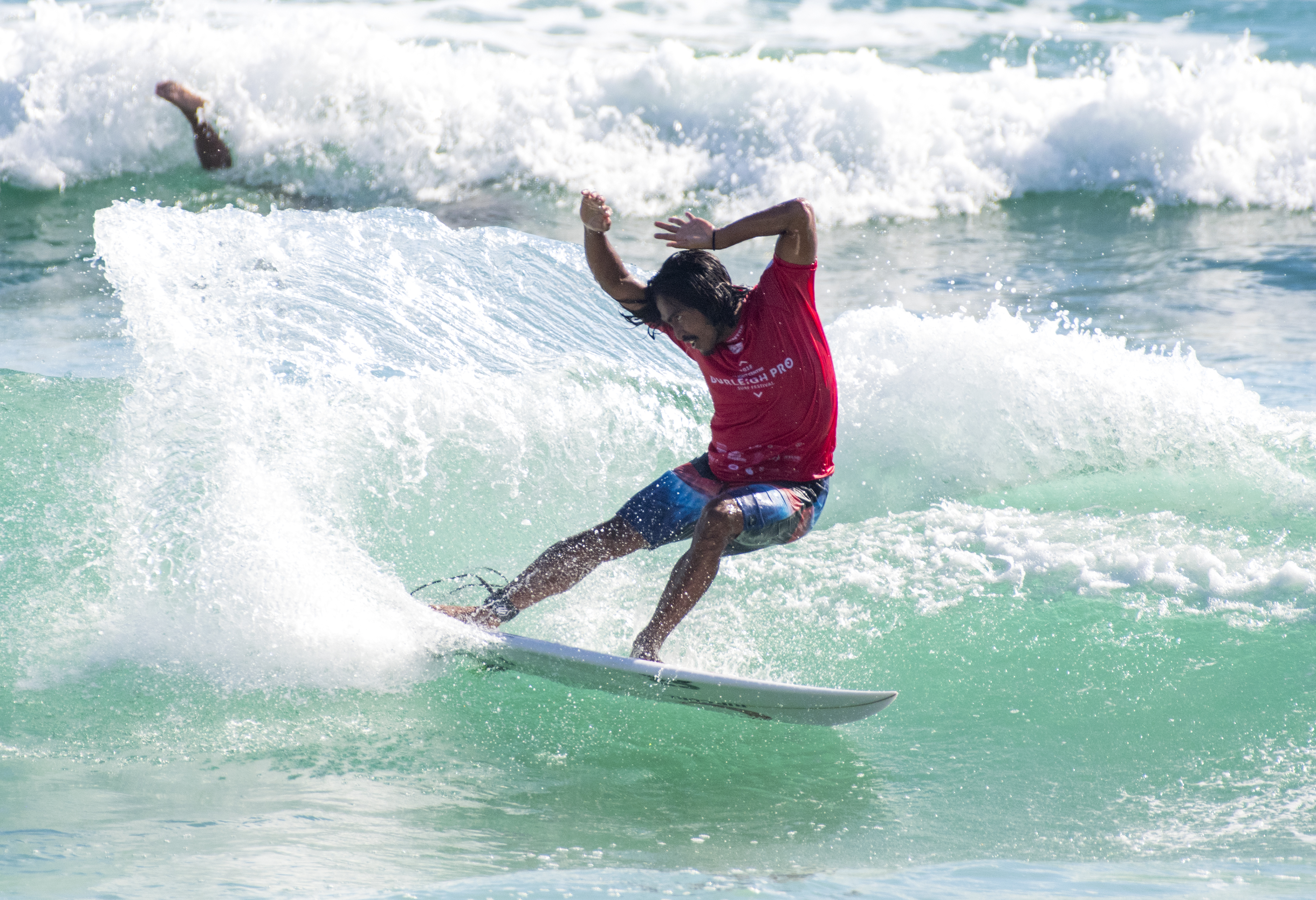 2018 Flight Centre Burleigh Pro event Champion Oney Anwar (IDN) from Indonesia started where he left off at Burleigh taking out his opening heat. Anwar was on the ropes and under attack in second behind Byron Bay’s Kyuss King until in the final seconds of the heat, the now Palm Beach resident threw a Hail Mary air-reverse to score an excellent 8.00 point ride and progress into top spot.

“That was intense at the end of that heat,” Anwar said. “I didn’t know what position I was in and thought I might have been eliminated. When I found that last wave I knew I’d have to go big, and when the siren went I knew I had done enough. The swell is already on the rise so I’m pumped for tomorrow to see what we get.”

NSW South Coast surfer Dean Bowen (AUS) looked relaxed in his round three heat as he sought to capitalise on years of experience surfing Burleigh Point. Bowen demonstrated a series of powerful backhand hacking turns to see him claim one of the highest heat totals of the competition with a 9.25 backed up by a 7.75 giving him a total two-wave combination score of 17.00 (out of a possible 20).

“I started off sitting deeper than everyone else, then I got that good wide one from that bigger set,” said Bowen “I’ve been coming to Burleigh Heads for 15 years now and I’ve had a lot of success here, I’ve been pretty lucky and I really enjoy the place so I keep coming back every year.”

Sunshine Coast surfer and current Australian Under 18 Boy’s Champion Noah Stocca (AUS) made a massive statement in his round three heat this morning and will now progress through to a Final Day berth. Needing at least an 8.35 to progress with just one minute remaining, Stocca locked into two waves on the wide bank and taking to the air was rewarded with a 7.75 and a 5.35, claiming second place over Burleigh Heads local Nick Callister (AUS). Stocca was elated to take the win after a wayward free surfer caused a re-surf of his Round Two heat and almost cost him a spot in Round Three. 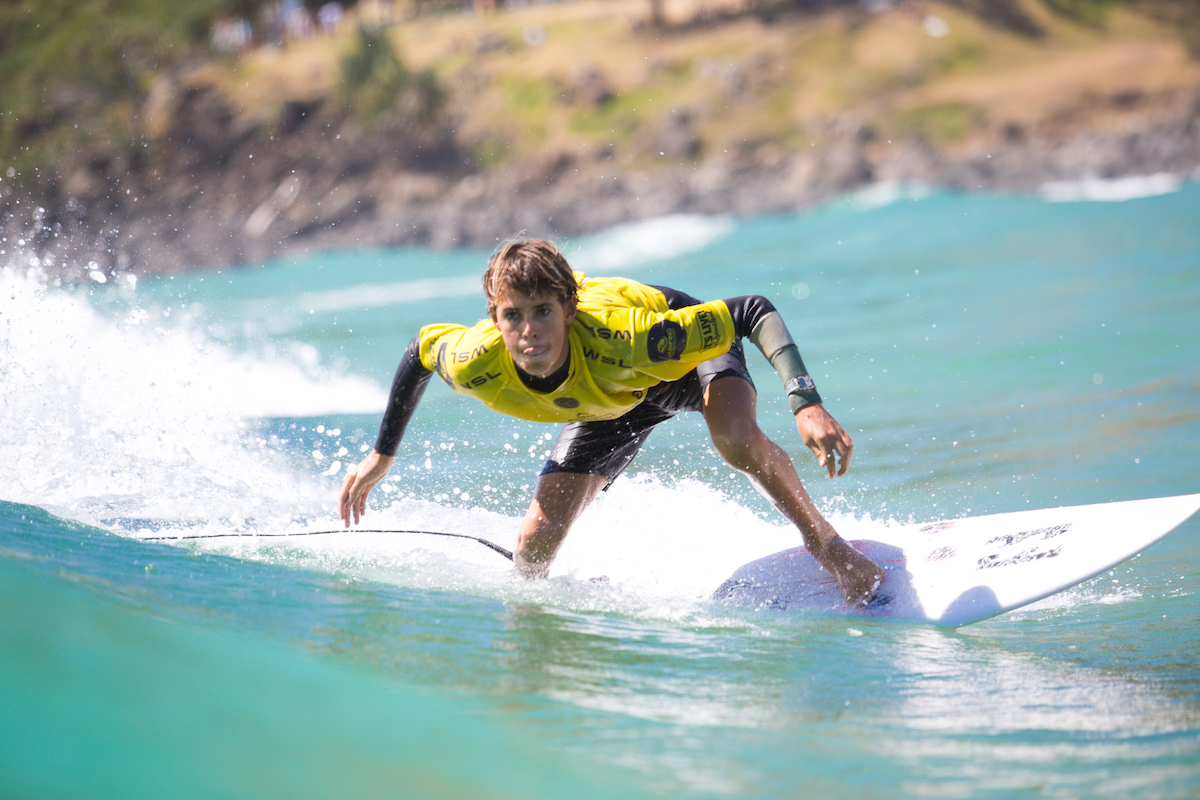 “I didn’t really think I had a chance at that point in the heat, I was just trying to get a wave to show some of my surfing,” Stocca said. “I did a few turns, then managed to do an air. I thought it would put me back in it, then I snuck that last one in at the end. My plan was to show the judges something they hadn’t seen this morning and I knew not many guys had been doing airs and that it would be well rewarded if I could pull one off. Yesterday was pretty wild, doing my first re-surf ever was something different. It was good getting to surf Burleigh with just one other guy out, that’s insane and something you never do. It was the fair thing to do and it definitely gave me some confidence and helped with my wave selection.”

A special mention must go to Gold Coast duo Sheldon Simkus (AUS) and Mitch Crews (AUS) who both dominated their opening round heats at Burleigh Heads. Simkus who is fresh off an equal fifth at Maroubra posted a 17.50 heat total, the highest of the event so far. Former Championship Tour competitor Crews looked solid, posting a winning heat total of 15.40 even after spending half the night awake, scared that he would sleep through his alarm. 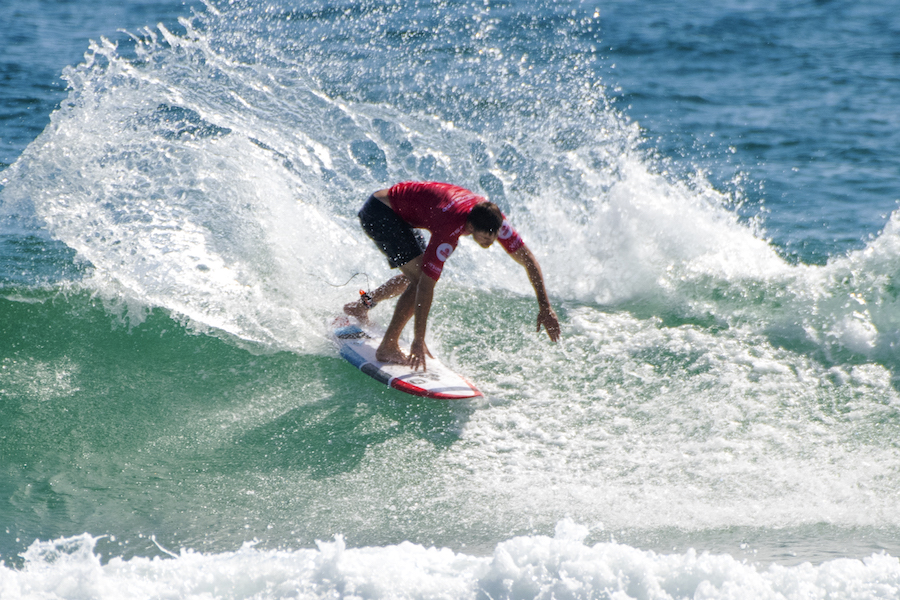 Women’s Round Three and four also ran with Kobie Enright (AUS) winning through both Rounds to lock herself a spot into the Quarterfinals. Fresh off a win at the Carve Pro in Maroubra, Enright is carrying momentum into the season but is most motivated about the Final Day forecast.

“I’m definitely feeling confident after Maroubra,” Enright said. “Making a few heats and winning an event has made me feel comfortable in my surfing. My biggest motivator to make the final day at this event has definitely been the forecast. It has been pushed back a bit but we could have some great waves tomorrow so I’m stoked that I’ll be apart of it.” 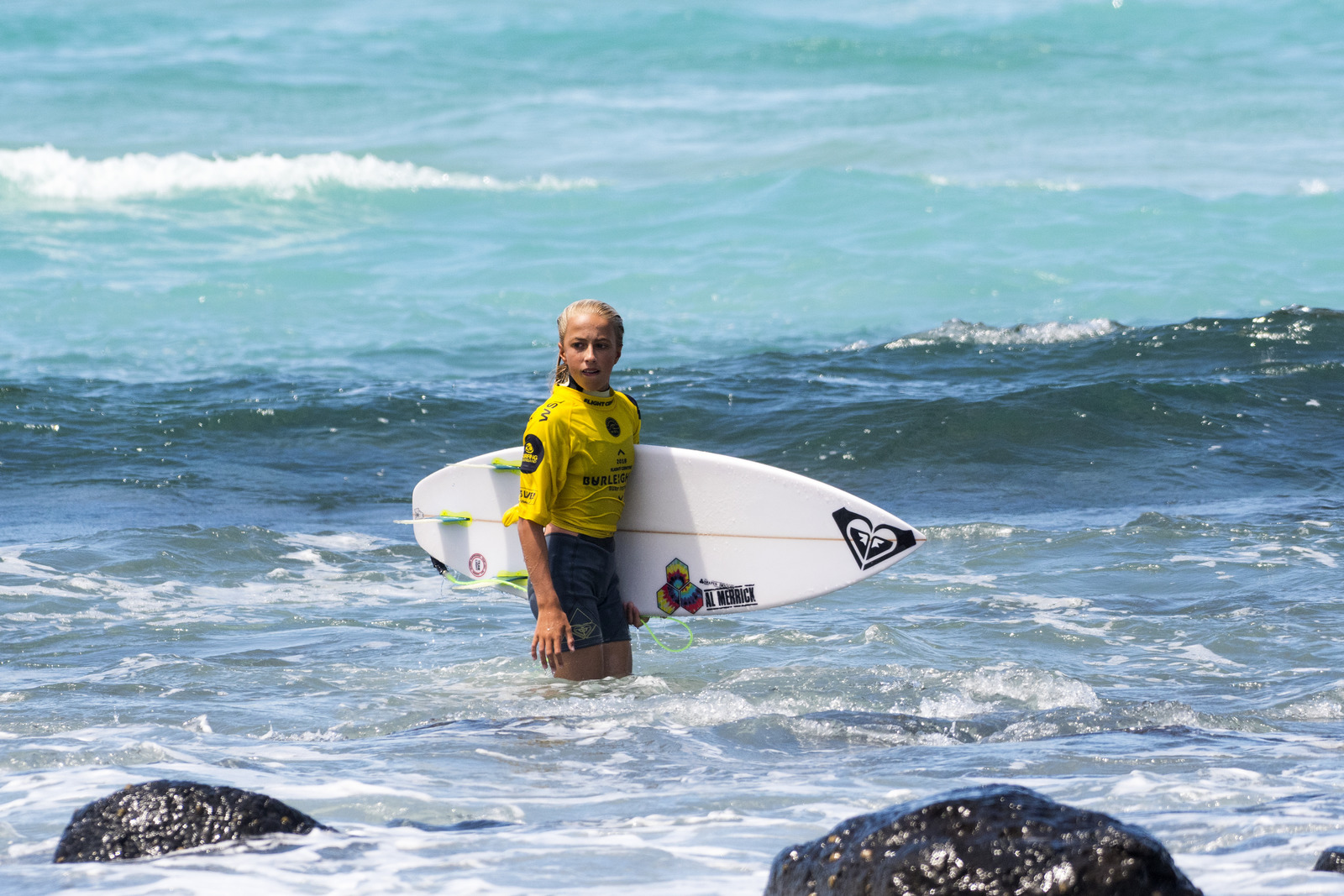