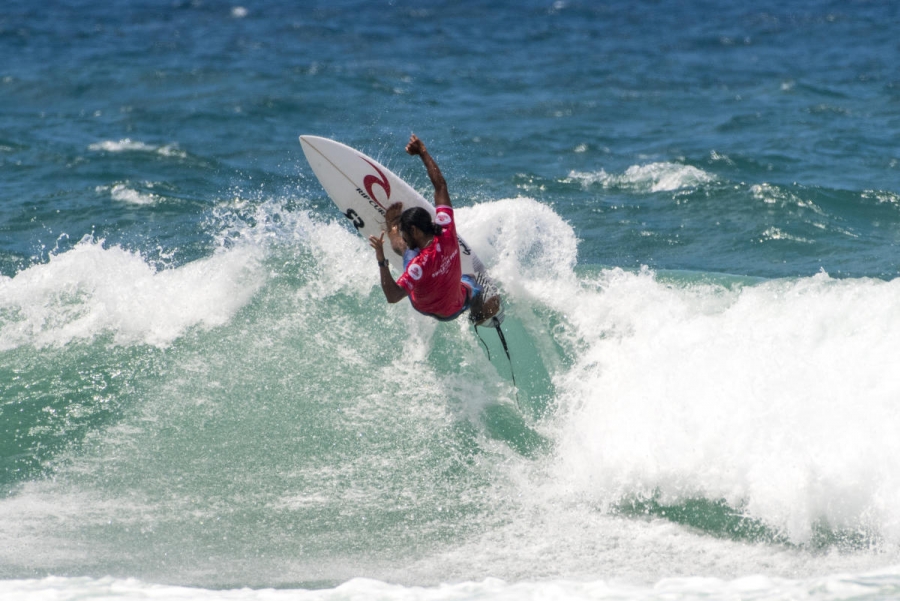 The two were the in-form surfers on the Final day as the swell finally arrived and provided the best conditions of the four-day event, with 3-to-4 foot waves rifling down Burleigh Point.

36-year-old Nick Squiers from the NSW South Coast has been hunting for a QS win since he took out the Carve Pro Maroubra in 2016. In the final, the powerful natural-footer came up against red-hot Adin Masencamp from South Africa. Masencamp was on what looked to be an unstoppable roll until Squires posted his winning heat total of 17.40 and ran away with the win.

“It’s been a little while between wins so it feels really good to be back on the podium,” Squires said. “It was great that the waves showed up here at Burleigh, it was pretty much pumping by the end of the day. My seed has dropped a bit in the last few years so to start this season off with a win is great for the confidence.” 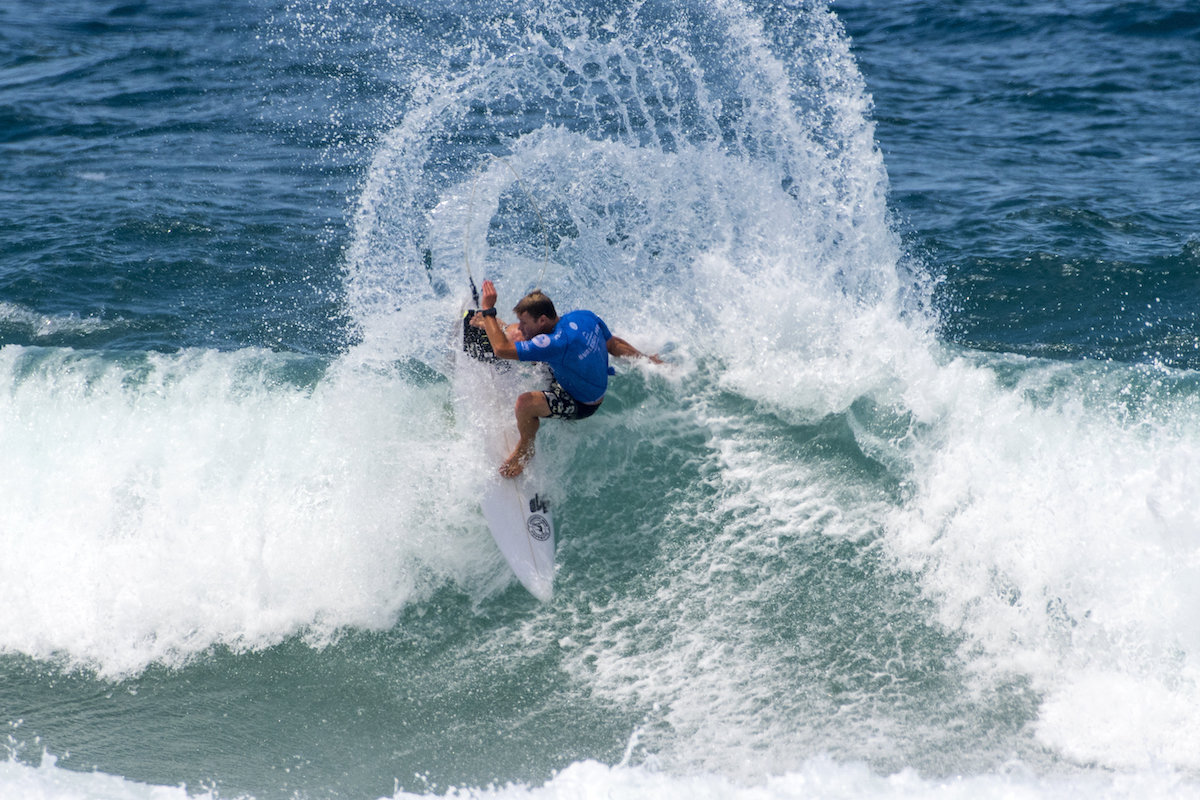 Squiers not only had to overcome Masencamp in the final but also an intense sting from a Blue Bottle as he was paddling out. With the pain almost too overwhelming to continue, Squiers had to put it to the side and get on with the job at hand.

“The whole heat I was just convulsing in pain, it was the worst pain I’ve ever had. I thought I wasn’t going to be able to sit out the 30 minutes, but I’m glad I did. As soon as I got in I iced it and I’m feeling better.”

Men’s runner-up Adin Masencamp (ZAF) had surfed exceptionally well throughout the Quarter and Semifinals earlier in the day, however could not find the waves he needed in the Finale. Masencamp had previously lit up the stage in his Semifinal where he held off defending Flight Centre Burleigh Pro Champion Oney Anwar (IND) with one of the highest heat totals of the competition, 18.15 (out of a possible 20.00). He will leave Burleigh proud to have surfed in his first QS Final.

“This has been an amazing experience for me,” Masencamp said. “I was in an amazing rhythm all day but sort of lost it in the Final which was a shame. Nick (Squiers) is such an amazing surfer and deserves the win. My focus this year is to move up the seed list so to get a final this early in the season is amazing.” 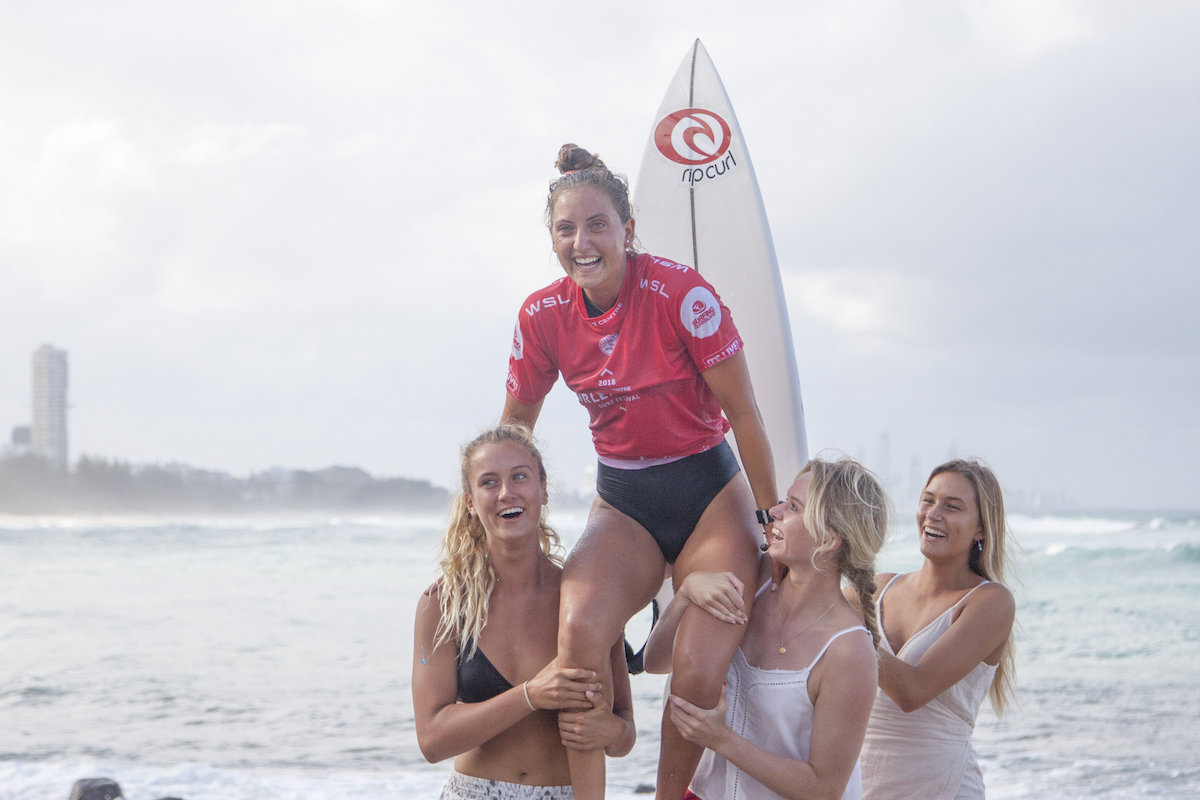 Kobie Enright was a clear favourite heading into the Flight Centre Burleigh Pro less than a week after taking out the First QS event of the Australian leg in Maroubra. In the final at Burleigh, Enright had the tough task of taking on Sara Wakita from Japan who had been posting some of the highest heat totals of the entire event. Enright’s knowledge of Gold Coast Point breaks was evident as she tore into the long Burleigh walls to post a winning heat total of 17.00. With her second ever QS win and second in as many weeks, Enright now rockets to 9th on the QS and sets her self up for a great 2018 Qualifying Series campaign.

“I’m stoked - I’m completely lost for words right now,” Enright said. “I didn’t think I’d make one final this year, let alone two. I was definitely waiting for it to pick up a bit this week, small waves are not my strong point at all. Sara was ripping all event and I watched her in the last few heats, but to be honest I just tried to surf the way I surf and hope for the best. I’m going down to Cabarita next, it’s so good to have a few competitions at home. I’ll then head to Newcastle and Manly then I’ll go to the 3,000 in Japan.”


This was Sara Wakita’s (JPN) second QS Final and second runner-up finish. The young Japanese competitor although disappointed with the final result was stoked with her experience at Burleigh. On her way to the finals, she posted some huge heat totals and took down some big names.

“I’m a bit disappointed with the final result but it was a great experience,” Wakita said. “This is my first time at Burleigh and the waves have been so fun, even when it was small. Making a final and overcoming some of the top seeds have definitely lifted my confidence so I can’t wait to get to the next event.”