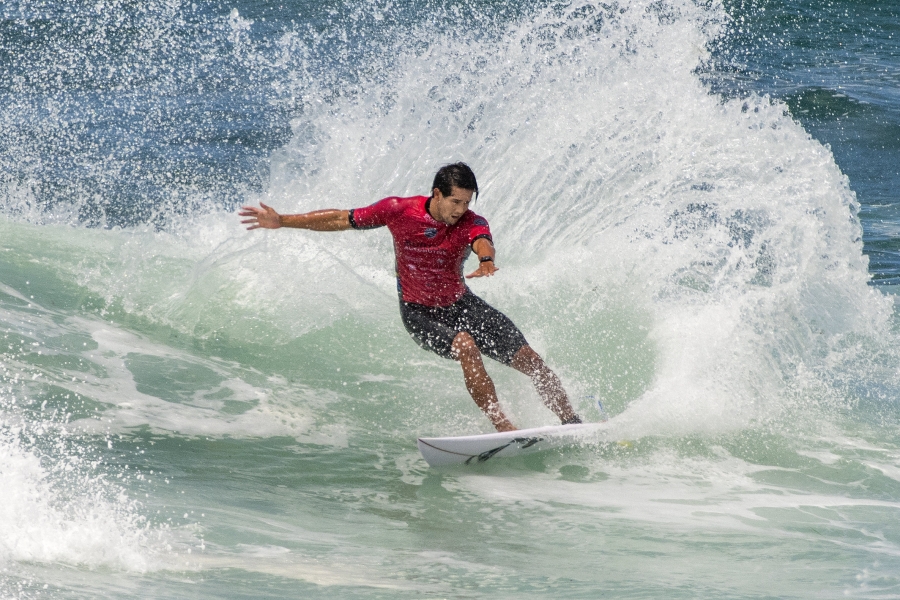 It was a massive day of action as Men’s Round Two brought with it the event top seeds and some incredible performances from some of the sport’s biggest names.

Heat 13 of Round Two was a titanic battle between Championship Tour (CT) stars past and present as Connor O’Leary (AUS) took on Jack Freestone (AUS), Matt Banting (AUS) andLuel Felipe (BRA). 2017 WSL Championship Tour Rookie of The Year O’Leary bolted from the pack, posting an 8.50 (out of a possible 10) on his first wave then backing it up with an 8.73 immediately after. As O’Leary lead with the highest heat total of the event so far 17.23, it was left to the other three to battle for the second progressing spot. It was eventually taken by comeback kid Banting, leaving Felipe and Freestone to fall out of the draw in a massive upset.

“That was such an intense heat,” O’Leary said. “Having those names in the first heat of the year was full on, it was like a CT final. My game plan was to find a really decent score early and that’s exactly what I did so it always helps when your plan plays out. I’m feeling really fit and agile at the moment, which definitely helps. My coach Luke Egan is from Merewether so it definitely helped to get some tips from him before that heat.”

Current World No. 5 Matt Wilkinson (AUS) has fond memories of Newcastle Surfest having taken out the Burton Automotive Pro in 2016 and winning the Pro Junior event as a teenager. The electric goofy-footer looked solid as always on his backhand, posting a midrange heat total of 13.56 to kick-start his 2018 season.

“The first heat of the season is always a little nerve-racking,” Wilkinson said. “I feel really comfortable in Newcastle though and the waves have been non-stop for the last few months. I’ve surfed just about as much as you can so I’m feeling good; now it’s just about getting back in the competition mindset and we’ll be good to go. When Pipe finished I sort of let myself go for a few weeks then was straight back into the training. We have been focusing a lot on the mental side of things and working under pressure, which has been really cool. I’m feeling fit and more ready than ever so I’m pumped to see how this season unfolds.” 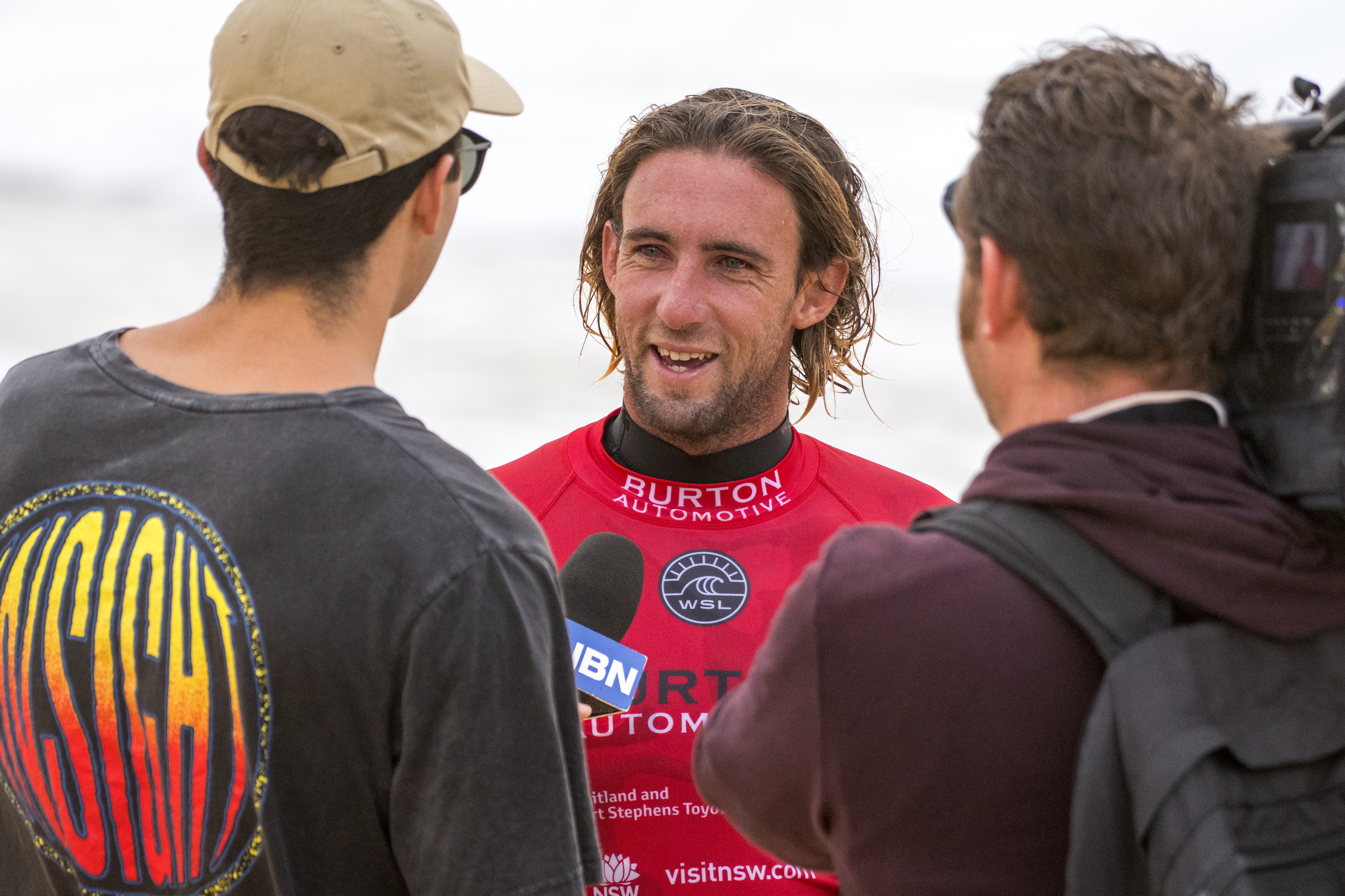 Portuguese powerhouse Frederico Morais (PRT) took a little while to get going in his first heat of 2018, finding himself in fourth with only a few minutes left. While his opponents kept busy on the left-handers, Morais was patient, looking to go right and open up on his forehand. He eventually found the wave he was looking for an got to work, posting a near excellent 7.93 and winning with a total of 13.83.

“That slow start was definitely not part of my plan,” Morais said. “When the waves are like this you want to get one early and get the ball rolling otherwise you can get stuck out there and that is what happened to me. When I finally found that 7.93 it felt really nice and the pressure came off a bit. Regardless of my time on the CT, there is still pressure at these early QS events because you want to build points on both tours at the start of the year and guarantee your spot. Later in the year if I’m doing well on the CT I can cruise, but this early in the season nothing is certain.” 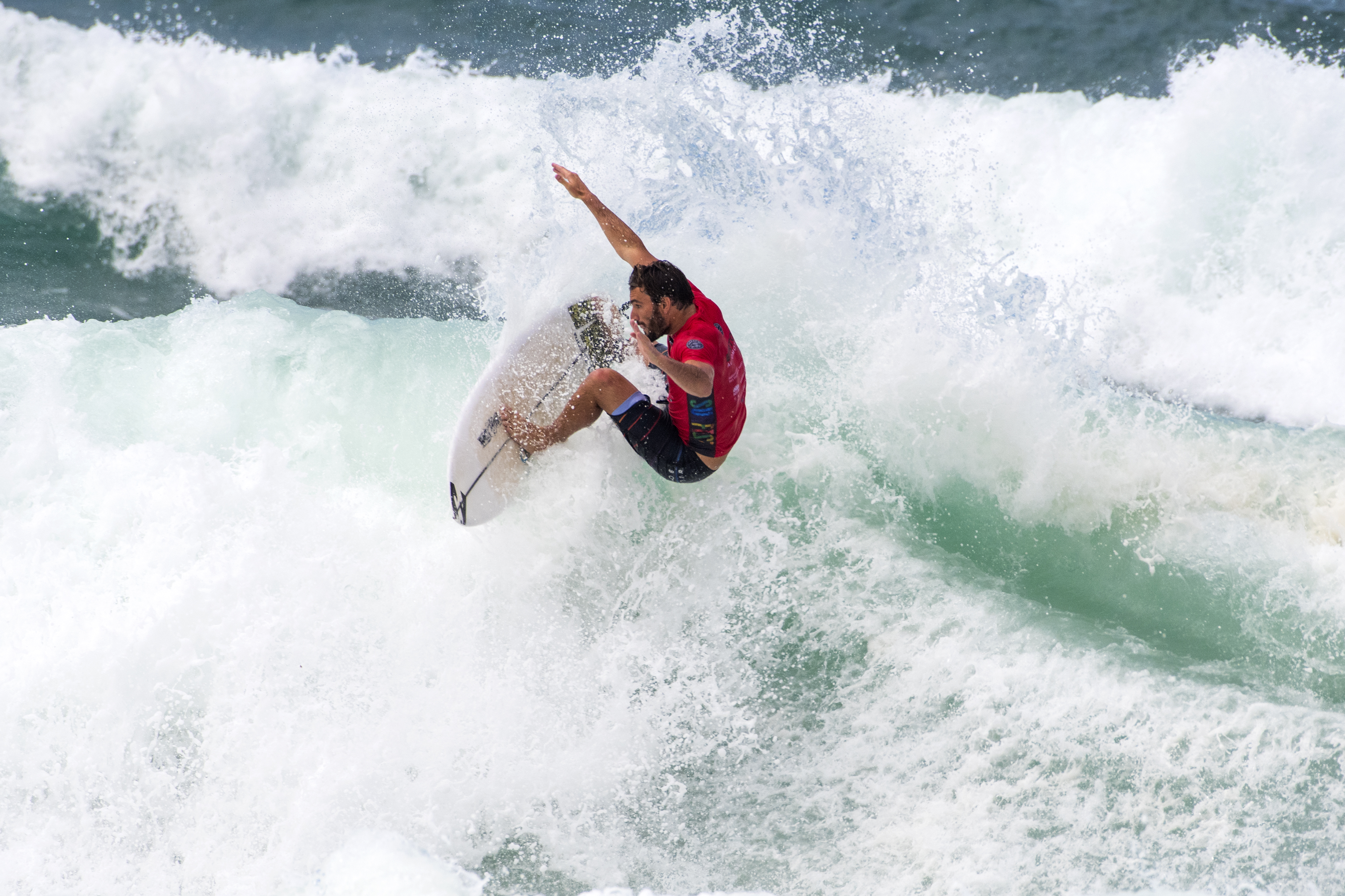 Frenchman Marc Lacomare (FRA) was the standout in Round Two, posting the second highest heat total of the event so far. His incredible commitment and attack on critical sections saw him earn a 16.90 two-wave combination. The QS veteran looks primed to have serious go in 2018 and achieve his dream of making it to the elite CT.

“To make the CT would be a dream,” Lacomare said. “I try to take it heat by heat, event by event and access where I am at the end of the year but I always have the aim of the CT in the back of my mind. In heats I keep to myself and don’t think about my opponents, I know I can post big scores so I just work on that.”

Former CT competitor Jadson Andre (BRA) narrowly avoided disaster in his opening heat, forced to surf on a creased board. The light-footed goofy-footer attempted a massive frontside air-reverse that almost snapped his board. It somehow stayed together as Andre completed the heat with a winning heat total of 13.23 on his quest to return to the CT in 2019.

“On my second wave I went for an air and landed hard on my board and basically broke it,” Andre said. “I was waiting for it to completely break the entire heat but it luckily didn’t and now I have some time to repair it. I’m back on the QS now so this is sure to be a really busy year of travelling and trying to get back onto the CT. It’s good to be back here in Newcastle, I really like this place. It’s beautiful and has fun waves and the people are super nice so it’s great to be"

The Burton Automotive Pro and Grandstand Sports Clinic Women’s Pro will run in conjunction with Newcastle Surfest from February 19 – 26.