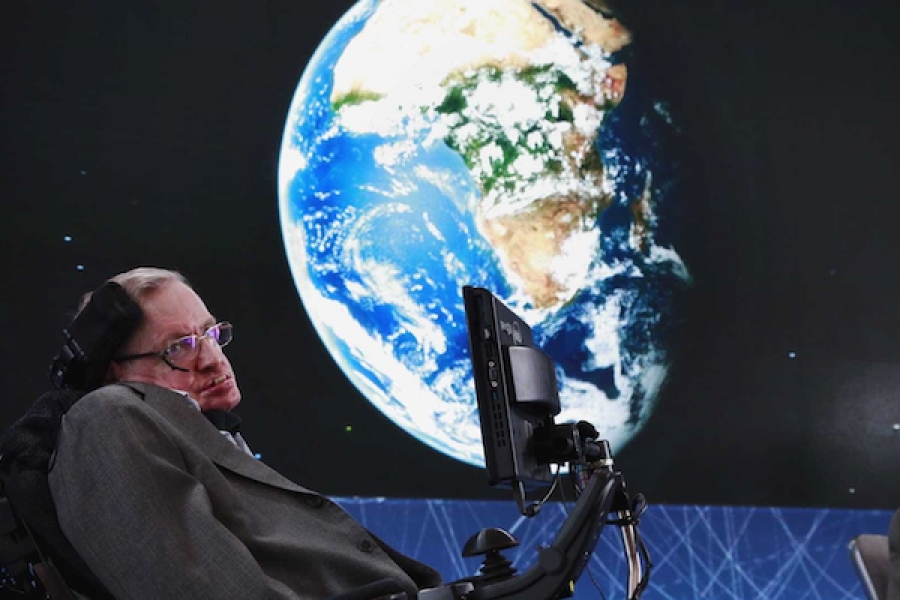 Stephen Hawking, one of the greatest minds of our lifetime, has passed away - leaving behind a lot of heartbroken science fans.

The study in the field of black holes and the unification of Einstein's Theory of Relativity will not be forgotten, but Hawking leaves some warnings must be taken into account.

More specifically the manifold notices related to the future of mankind and the need for humanity to go discover of new habitable planets. Hawking was a great supporter of the need to create colonies across space, as well as greater caution in dealing with artificial intelligence (AI).

Science Alert brought together five of Hawking's most significant warnings, which should be considered and taken into account for the future of humankind :

The future is in the stars

"Although the likelihood of a disaster on planet Earth in a given year may be low, it will become larger over time, becoming virtually certain in the next thousand or ten thousand years." The British physicist believed it was necessary for humans to start having designs that would establish colonies on other planets, risking extinction if we stay forever on Earth.

"Nowadays there are too many people dying of complications related to overweight and obesity. We eat too much and we get too little. " Hawking was awake to issues other than Space, considering that it is important for humans to lead healthier lifestyles.

The danger of artificial inteligence

"The genie is out of the lamp. I fear that AI can replace humans in their entirety. " Stephen Hawking made frequent warnings of the need for greater caution in developing Artificial Intelligence software. The possible ability of intelligent robots to replace humans in jobs is a very current issue, and one that is not yet properly confronted.

Aliens may not be friends

"As I grow older I become more convinced that we are not alone. [If there are aliens] they will be vastly more powerful and may not see us as more valuable in the same way that we see bacteria. " While defending the need for further inves- tigation in space exploration, Hawking did not believe it was possible to make 'friendships' with other forms of life.

"We are witnessing a global revolt against the experts." The spread of 'fake news' was a topic that earned Hawking's attention, calling on the audience to hear the opinion of experts who have spent years studying certain topics.