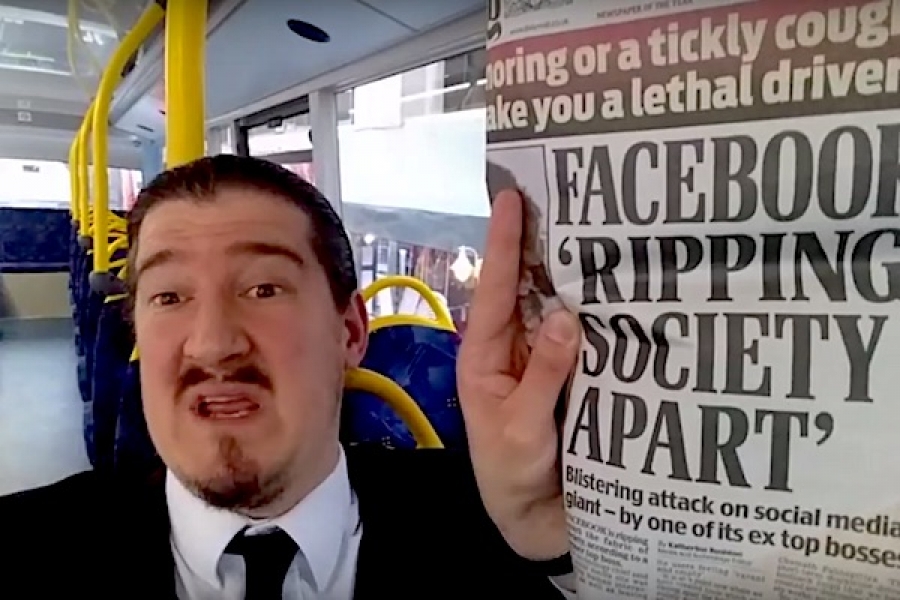 Another former Facebook executive has spoken out about the harm the social network is doing to civil society around the world.

By James Vincent@jjvincent from the theverge.com

"Chamath Palihapitiya, who joined Facebook in 2007 and became its vice president for user growth, said he feels “tremendous guilt” about the company he helped make. “I think we have created tools that are ripping apart the social fabric of how society works,” he told an audience at Stanford Graduate School of Business, before recommending people take a “hard break” from social media.

Palihapitiya’s criticisms were aimed not only at Facebook, but the wider online ecosystem. “The short-term, dopamine-driven feedback loops we’ve created are destroying how society works,” he said, referring to online interactions driven by “hearts, likes, thumbs-up.” “No civil discourse, no cooperation; misinformation, mistruth. And it’s not an American problem — this is not about Russians ads. This is a global problem.”

He went on to describe an incident in India where hoax messages about kidnappings shared on WhatsApp led to the lynching of seven innocent people. “That’s what we’re dealing with,” said Palihapitiya. “And imagine taking that to the extreme, where bad actors can now manipulate large swathes of people to do anything you want. It’s just a really, really bad state of affairs.” He says he tries to use Facebook as little as possible, and that his children “aren’t allowed to use that shit.” He later adds, though, that he believes the company “overwhelmingly does good in the world.”

Palihapitiya’s remarks follow similar statements of contrition from others who helped build Facebook into the powerful corporation it is today. In November, early investor Sean Parker said he has become a “conscientious objector” to social media, and that Facebook and others had succeeded by “exploiting a vulnerability in human psychology.” A former product manager at the company, Antonio Garcia-Martinez, has said Facebook lies about its ability to influence individuals based on the data it collects on them, and wrote a book, Chaos Monkeys, about his work at the firm.

These former employees have all spoken out at a time when worry about Facebook’s power is reaching fever pitch. In the past year, concerns about the company’s role in the US election and its capacity to amplify fake news have grown, while other reports have focused on how the social media site has been implicated in atrocities like the “ethnic cleansing” of Myanmar’s Rohingya ethnic group.

In his talk, Palihapitiya criticized not only Facebook, but Silicon Valley’s entire system of venture capital funding. He said that investors pump money into “shitty, useless, idiotic companies,” rather than addressing real problems like climate change and disease. Palihapitiya currently runs his own VC firm, Social Capital, which focuses on funding companies in sectors like healthcare and education.

Palihapitiya also notes that although tech investors seem almighty, they’ve achieved their power more through luck than skill. “Everybody’s bullshitting,” he said. “If you’re in a seat, and you have good deal flow, and you have precious capital, and there’s a massive tailwind of technological change ... Over time you get one of the 20 [companies that become successful] and you look like a genius. And nobody wants to admit that but that’s the fucking truth.”