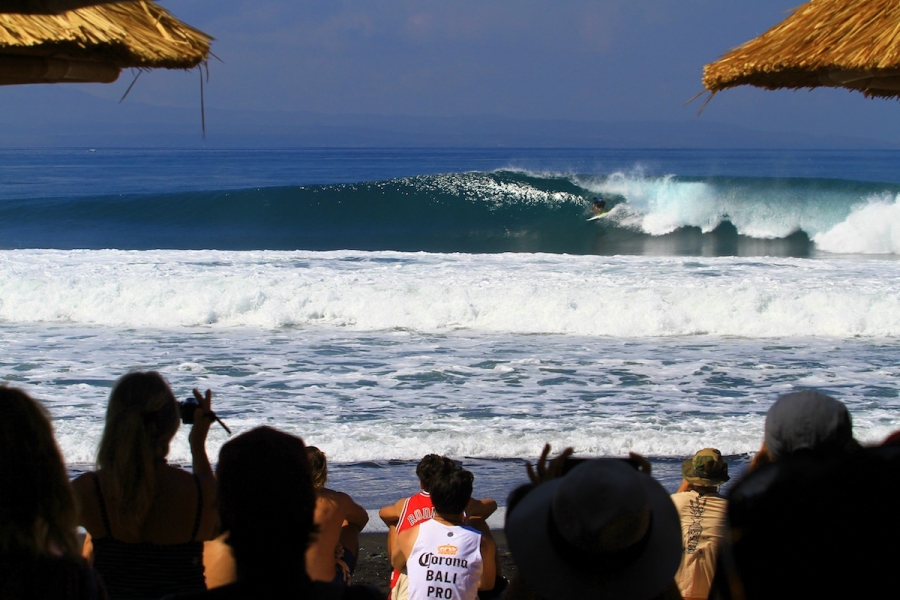 Brasilian Italo Ferreira made the best heat total of the day.

The Corona Bali Protected presented by Hurley, Stop No. 5 on the World Surf League (WSL) Championship Tour (CT), has once again been treated to picture-perfect conditions. The event ran through the men’s Quarterfinals and the women’s Quarterfinals and Semifinals, leaving just four heats to go until the Corona Bali Protected victors will be decided.

The first competitor to solidify a spot in the Final was reigning two-time WSL Champion Tyler Wright (AUS)who took down event standout Silvana Lima (BRA)in Quarterfinal 1, then Tatiana Weston-Webb (BRA) in Semifinal 1. Wright seems to be building towards the final day as she has now guaranteedher best result for the year so far.

“These heats were a little slow for waves so I knew there wouldn’t be a lot of opportunities,” Wright said. “Wave selection was super important as you had to make everything count. I made a few mistakes in my Quarterfinal so definitely got lucky, but was happy to clean it all up in the Semifinal. The waves are really fun so tomorrow should be a great day.” 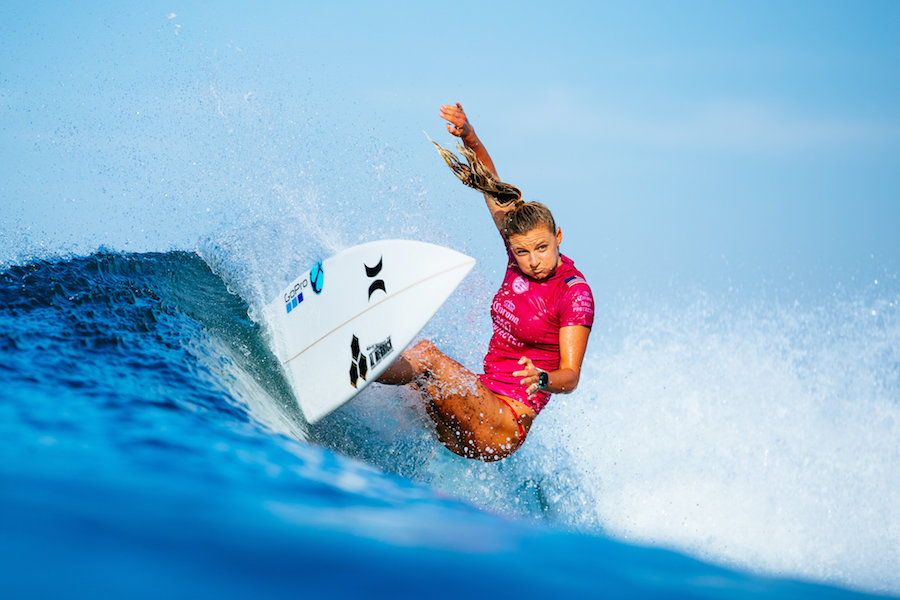 After Stephanie Gilmore (AUS)was eliminated in the Quarterfinals, Lakey Peterson (USA) saw a massive opportunity to take back the Jeep Leader Jersey. Before she could eye it off, she would first have to overcome Malia Manuel (HAW)in Quarterfinal 1, a tough task as Manuel pushed her to the limit until the final minutes. She then met event standout Sally Fitzgibbons (AUS)in Semifinal 2 and put on a commanding performance that saw her dominate the Australian. Fitzgibbons began to fight back late but it was to no avail, giving Peterson her third CT final appearance of the year, where a win will give her the No. 1 spot on the Jeep Leaderboard.

“When I saw that Steph was out I think I let my emotions get the best of me,” Peterson said. “I was pretty aware of everything and watched her heat closely. I love the Jeep Leader Jersey and would really like it back. I hope to keep this rhythm going and get a good little run on but I’m also keeping things in perspective and if it doesn’t happen that’s fine because I’m having a lot of fun.”

Michel Bourez (PYF)started the men’s Quarterfinals with the daunting task of taking on the high flying rookie, Griffin Colapinto (USA). The lead went back and forth as the rookie and veteran exchanged tube rides and hacks, both surfers scored an excellent 8.50, but it was the Tahitian, Bourez, who had the bigger backupscore and was able to advance into the Semifinals. Bourez finished runner-up here in 2013 and is looking set for another huge result in 2018. 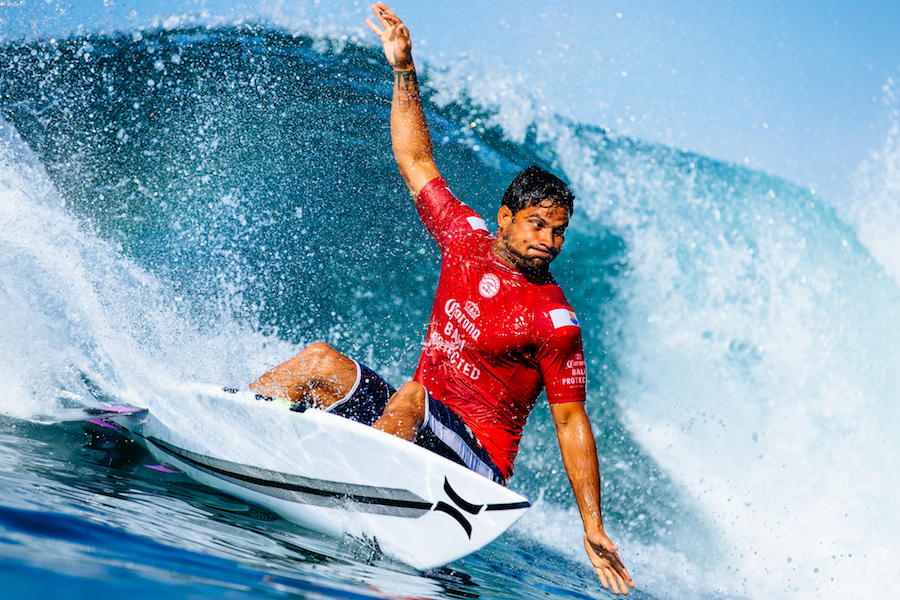 “This wave sort of reminds me of a smaller Haleiwa, and I’ve won that event twice so I do feel like it really suits my surfing,” Bourez said. “That heat with Griffin was so much fun, we were just watching each other score perfect waves for 30 minutes. When I saw him get his 8.50 I was looking in the tube and he was so deep that I couldn’t see him, then he came out - I couldn’t believe it. Then I went out and got a really good one for myself too. I am stoked to be into the Semifinals, I can’t wait for tomorrow.”

Mikey Wright’s (AUS)dream run at the Corona Bali Protected continues. The WSL wildcard is through to the Semifinals after defeating Willian Cardoso (BRA)in a thrilling Quarterfinal matchup. The battle started slow, but the climactic finish saw the lead change multiple times. In the dying minute, Cardoso was in a commanding position, with Wright needing an 8.36 when a set wave approached. It seemed as if Wright was too deep when he took off and pulled into the tube, but he came flying out a few seconds later and finished the wave with a series of power gouges. The wait for the score was intense, Wright was with his sister Tyler when the score was announced and they celebrated the victory that saw Wright win by only 0.07 of a point.

“That was a really tough heat against Willian, he was surfing so good,” Wright said. “It felt like a really long time waiting for that score to come, I was on the beach, but was so relieved when it came through. The waves have been so good and there’s been so much good surfing in this event, I can’t really believe I’m in the Semis.” 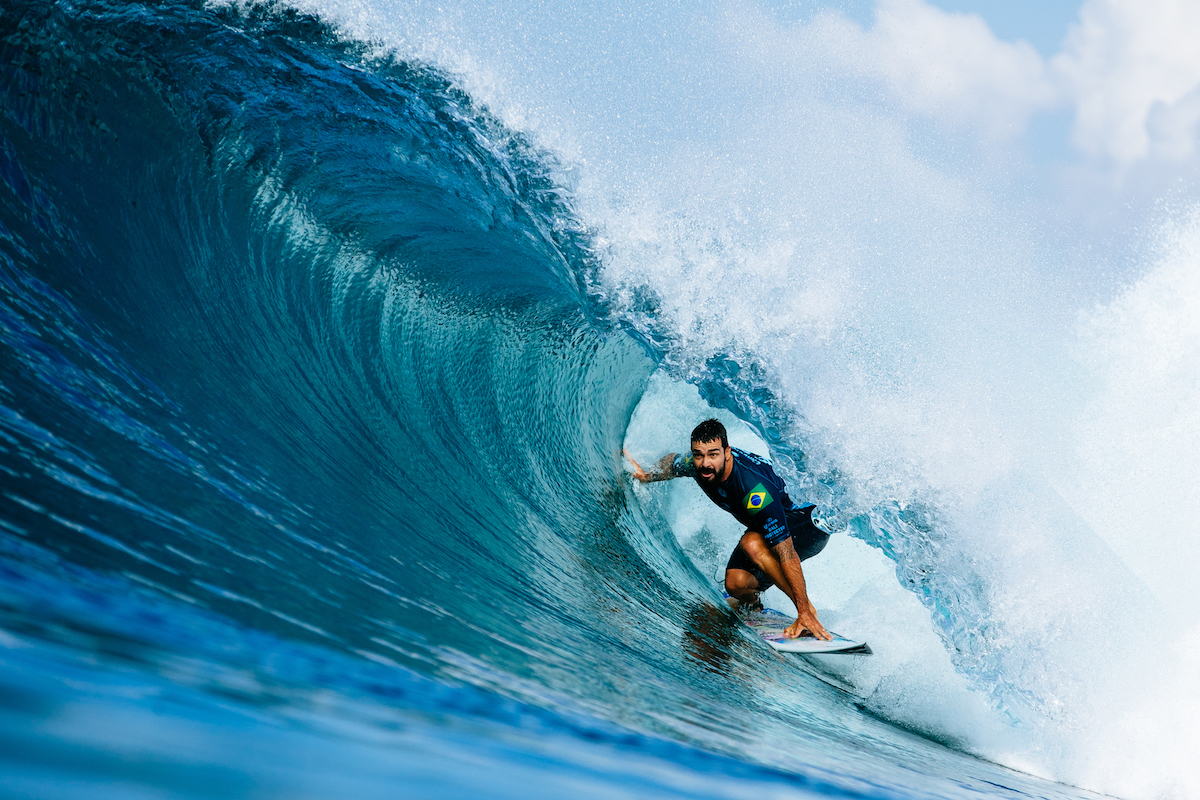 Jordy Smith (ZAF) continued to raise the bar at Keramas, posting the highest single wave score of the men’s event so far, for the second day in a row, a 9.57. Smith pulled in deep on one of the biggest waves of the day and came flying out of the end, immediately putting Filipe Toledo (BRA)on the ropes. After backing it up with a mid-range score, Smith looked destined to move through to the Semifinalsbut was never convinced as he had Toledo hot on his heels. Fortunately for Smith, Toledo was unable to attain the lead and was eliminated in Equal 5th. Toledo will still hang onto the Jeep Leader Jersey unless compatriot Italo Ferreira (BRA) wins the Corona Bali Protected.

“My strategy surfing against Filipe (Toledo) out here is to be on the best waves,” Smith said. “He could get massive scores on those smaller inside waves, so if I  just kept to the bigger ones and got barreled I could have control. I knew the judges were rewarding the barrels so I knew that first one would be a good score. I was so deep and came over the foam ball and came out and heard the cheers which wasawesome. Getting a solid backup against him was super important as he is capable of anything. I’m just really happy to have a guaranteed result now, I’ve had a slow start to the year and am I’m so sick of that third round and continuing to get all of these almost last-placefinishes, so it’s really nice to get a roll on, especially in pumping waves in a beautiful place like Bali.”

The final men’s Semifinal spot went to Italo Ferreira (BRA)who was rewarded once again for his pinpoint backhand attack. Ferreira was up against Frenchman Jeremy Florence (FRA) whose instinct in the barrel earned him an excellent 9.00 point ride, the highest single wave of the heat. Flores struggled to find another wave of substance leaving Ferreira to take the win and progress into Semifinal 2, where he will take on Jordy Smith. 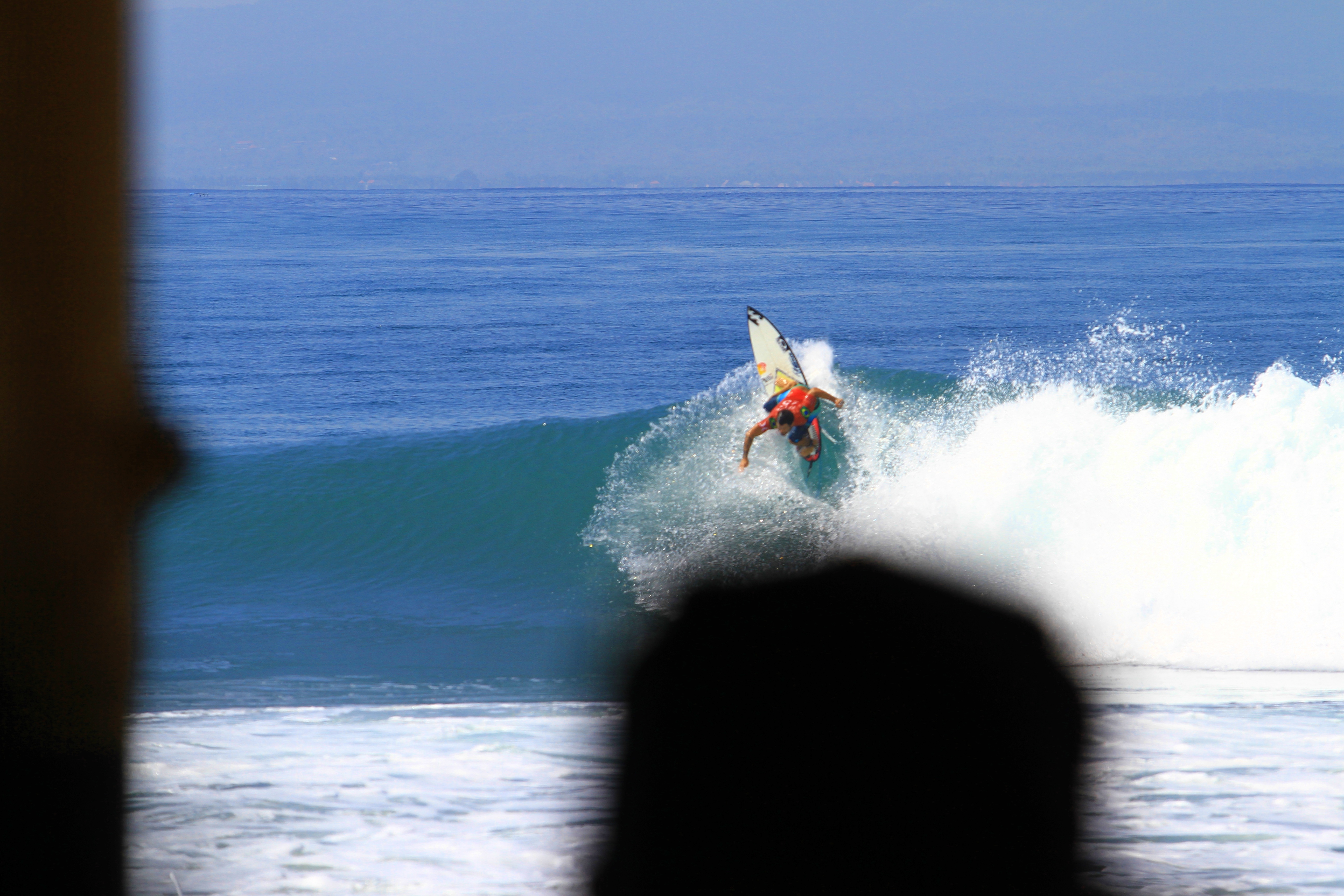 “That was such a good heat with Jeremy,” Ferreira said “When he got that big score I began to panic and really had to calm myself down a lot. It felt like it works for me when I stay relaxed. I just try and treat each heat like a normal surf and have fun. Being the last goofy-footerin the event could play to my advantage as this wave really suites the backside -- I love surfing this place, it’s so much fun.”

Earlier in the day in Women’s Quarterfinal 2, a massive upset unfolded as six-time WSL Champion and current Jeep Leader Stephanie Gilmore (AUS) was eliminated by Tatiana Weston-Webb (BRA)in a down-to-the-wire matchup. Weston-Webb stayed as busy as possible in the slow conditions, while Gilmore waited for the sets. Needing only a 4.11 to take the lead, Gilmore found a medium set wave in the final minute, only to uncharacteristically fall on her first turn, leaving Weston-Webb to get the win and a Semifinal berth.

“Everytime I come up against a WSL Champion I just saver that moment as much as possible,” Weston-Webb said. “They are always the hardest people to beat and the hardest heats to make. Steph (Gilmore) is the most amazing surfer and I’ve always looked up to her, so to get a win offher, especially in those conditions feels really good. It was a slow heat and really nerve-racking. I felt for Steph having to wait with priority with no waves coming, but I’m stoked to make it to the Semifinals.”

Although she was eliminated in the Semifinal,Sally Fitzgibbons (AUS), locked in the event’s top score yesterday, was in red-hot-form at the Corona Bali Protected, posting a solid 8.40 for another critical tube ride. Fitzgibbons dispatched 2018 Rookie sensation Caroline Marks (USA)in the Quarterfinals and her Semifinal finish was her best result of the 2018 season so far.

WSL forecast partner, are calling for:

Successive pulses of fun size SSW swells will continue to roll in over the next few days, keeping up head-overhead sets for Keramas through the middle of next week. Conditions may be problematic for Sunday with onshore flow rising up quickly, but still fairly light early. Monday’s winds may be similar. Then light offshore winds show for much of the mornings over Tues/Wed. Watching for yet another fun size pulse by the 9th.