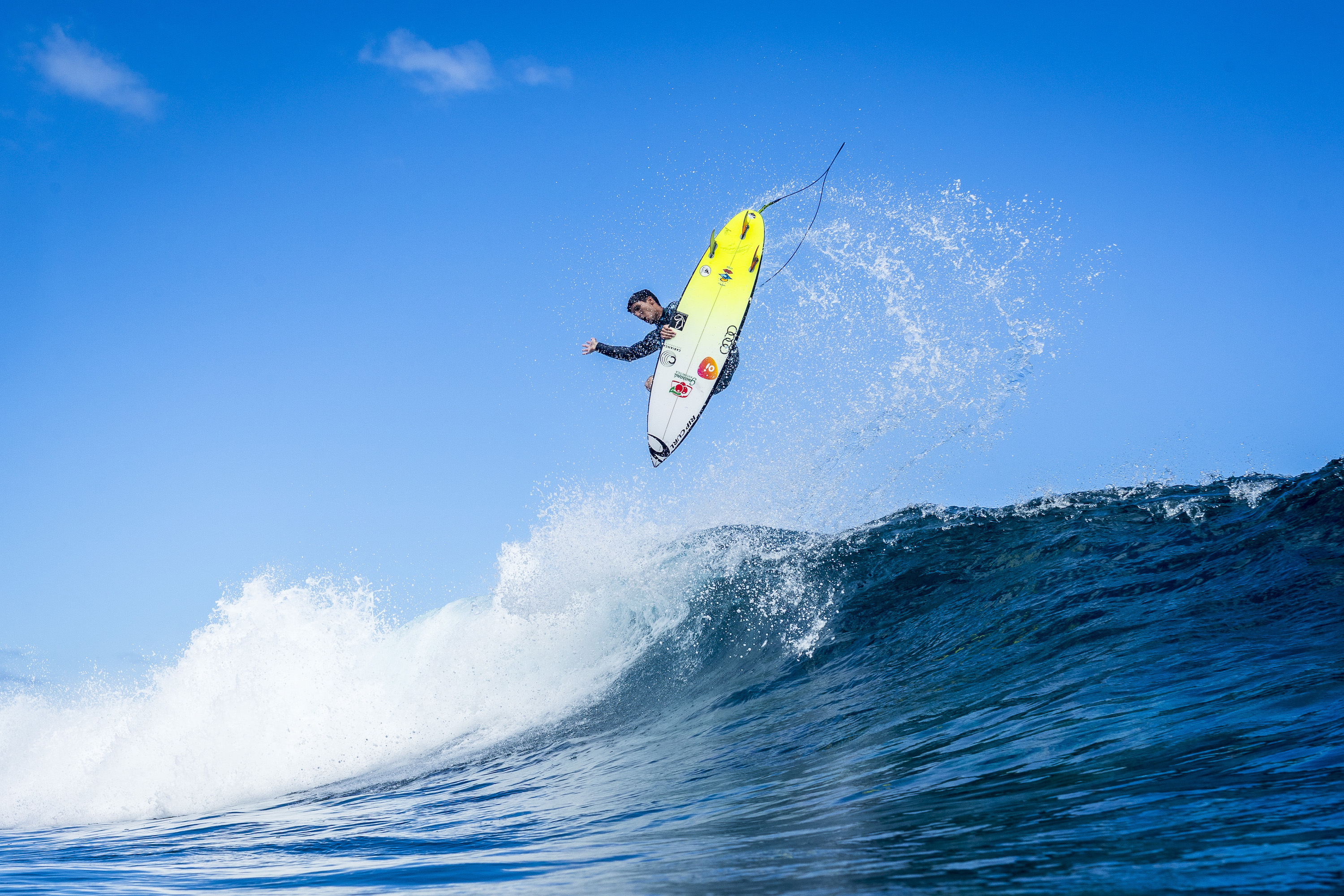 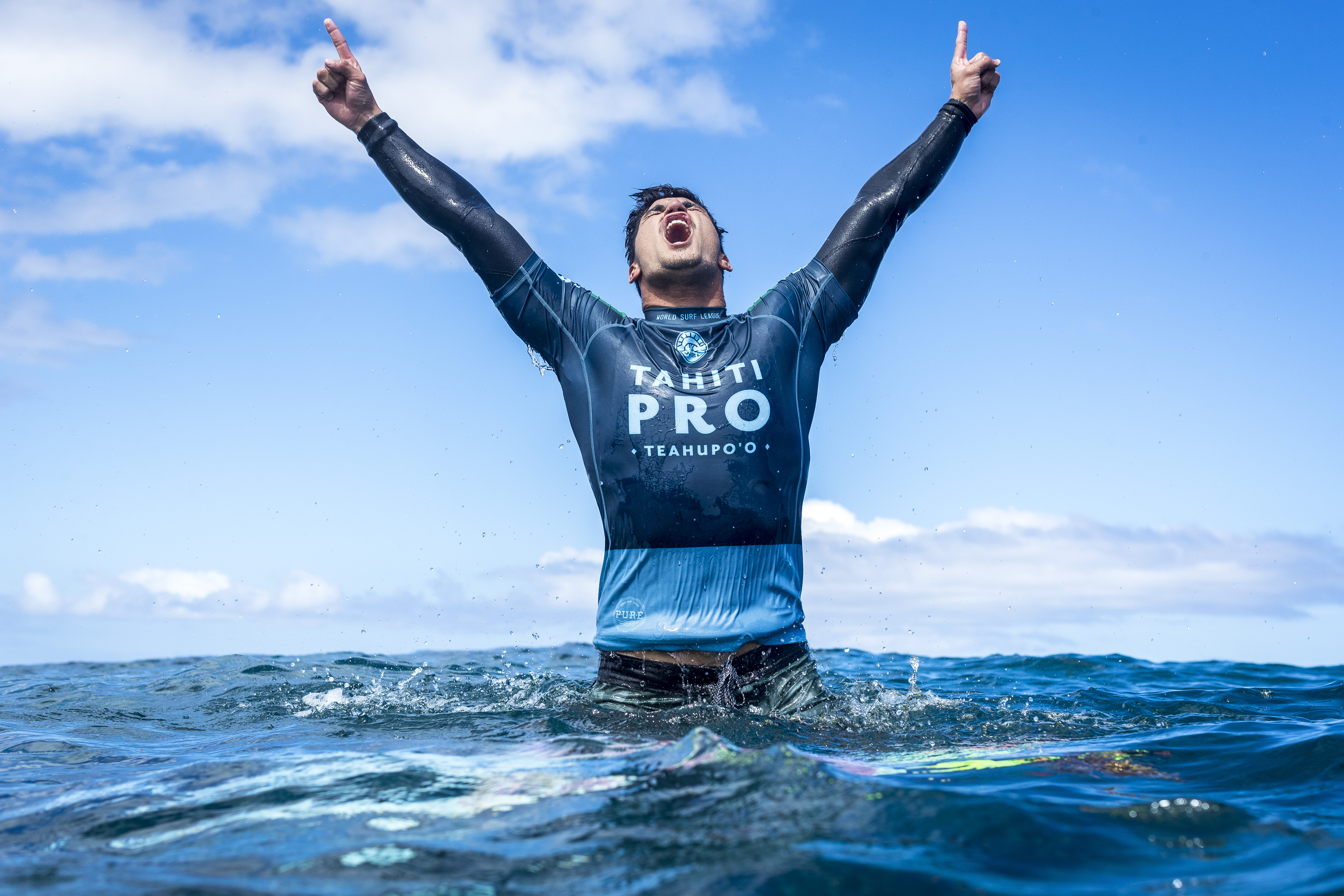 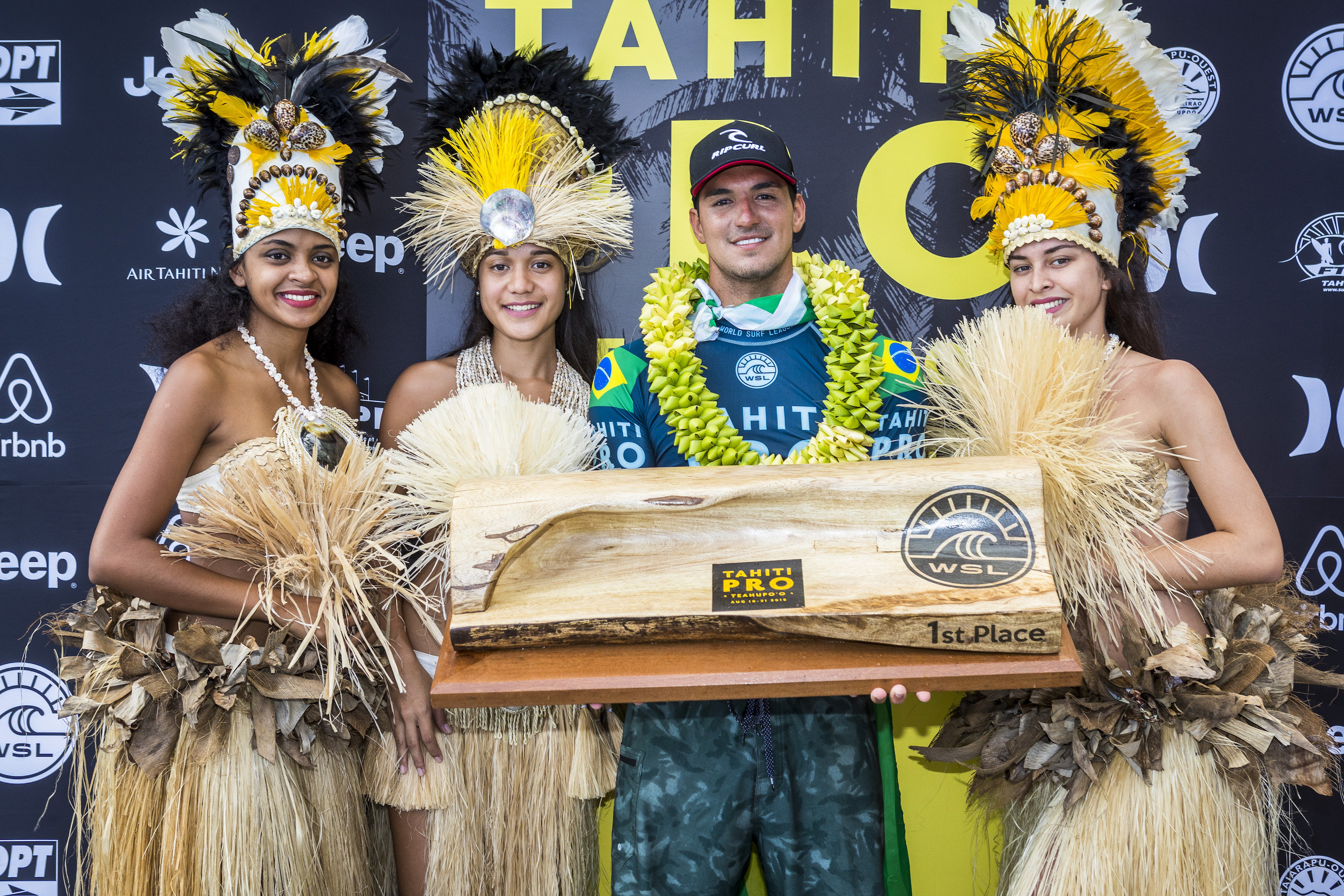 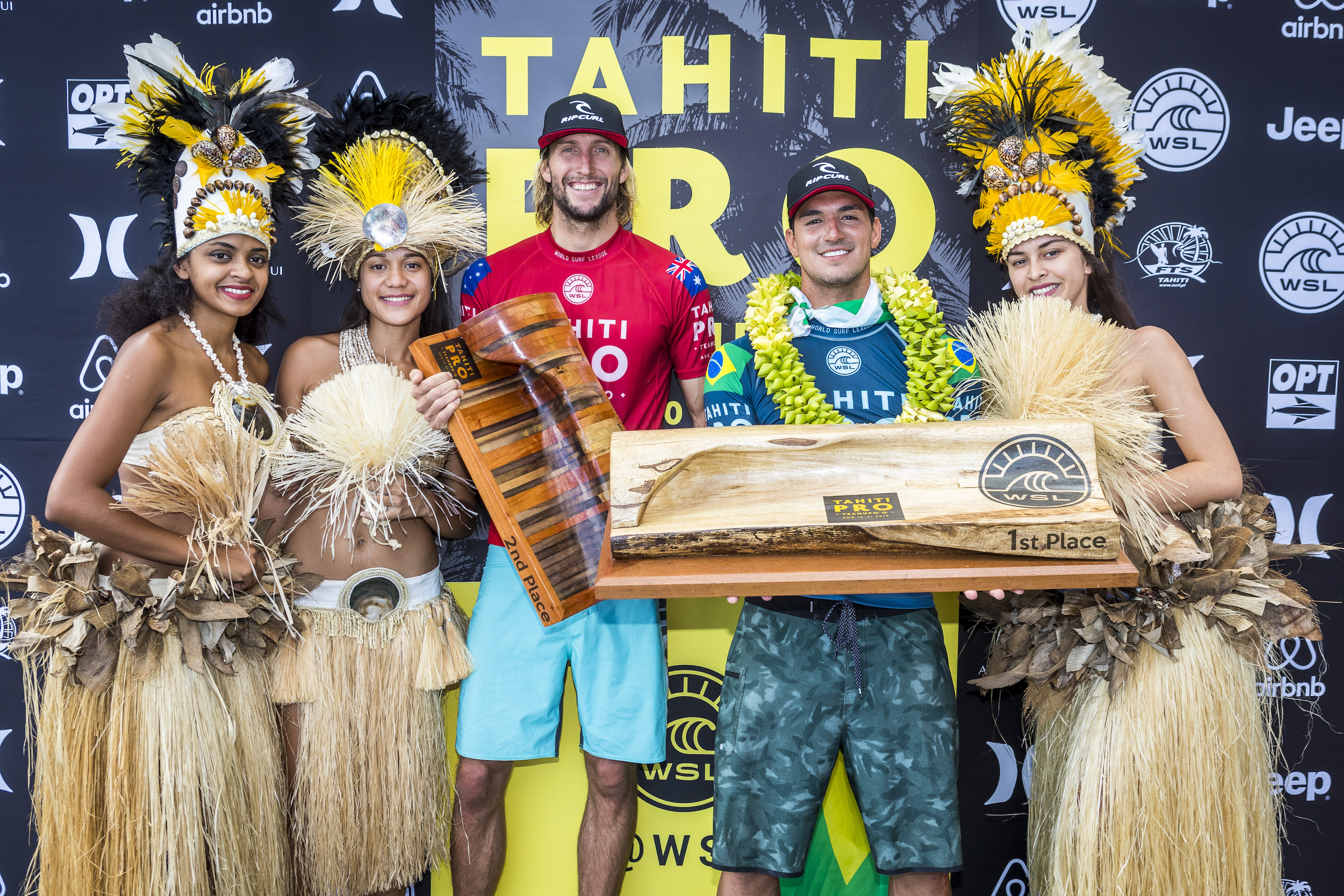 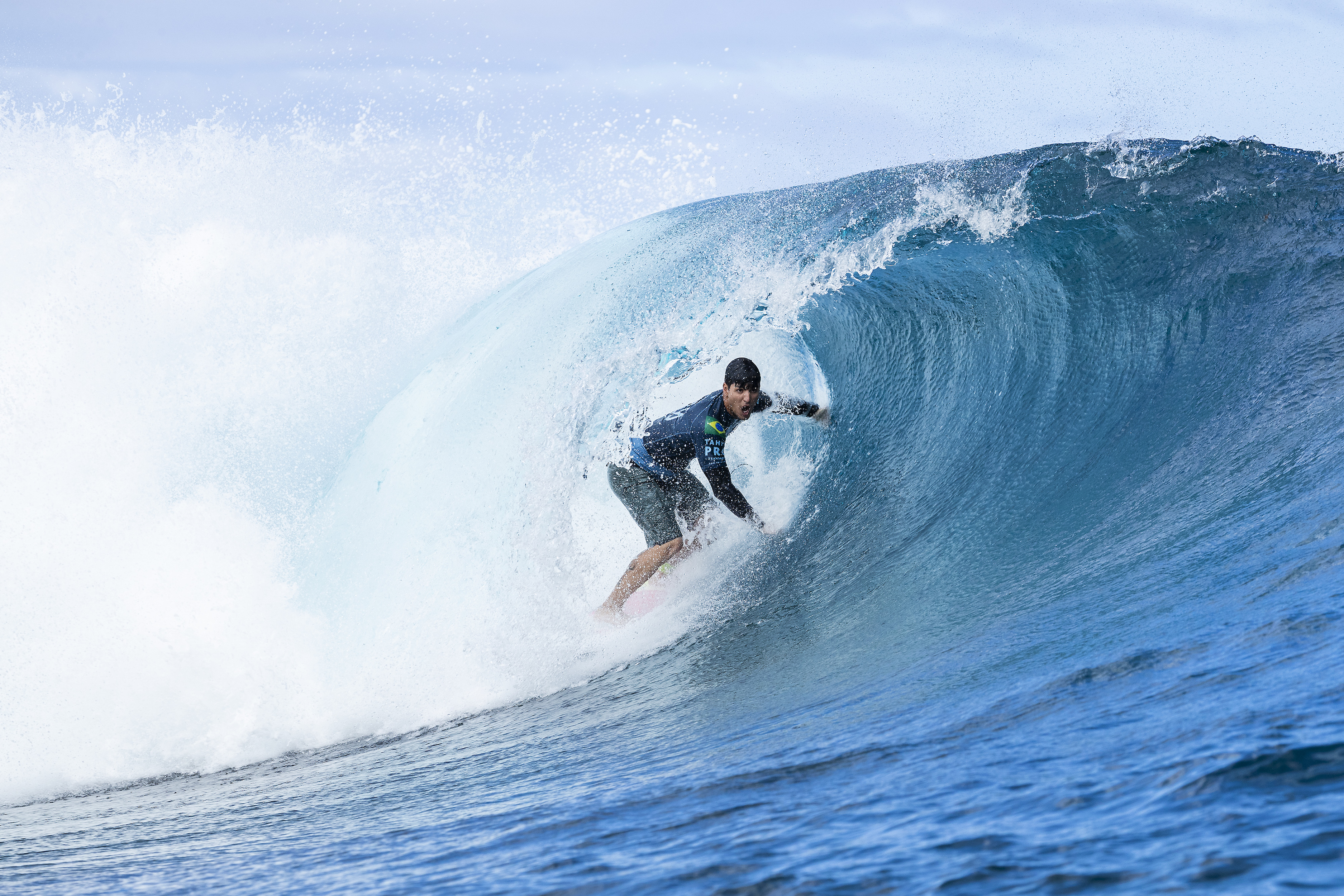 Gabriel Medina took his first win of the season today, claiming victory in three-to-five-foot surf at the Tahiti Pro Teahupo’o. It was a wave-for-wave Final against Owen Wright, and Gabriel took the lead in the dying minutes; as the clock wound down, victory was his. This is Gabriel’s second win in Tahiti, the first of which was in 2014 - the same year he became the first Brazilian World Champion.

“I’m just so happy to win here again and, first, I just want to thank God,” Gabriel said, his hair still dripping from the Final heat. “I came here and trained a lot, and I was just waiting for the victory. I love Tahiti and I’ve had some great Finals here. I’ve won here before; two second-place finishes, and another win now. I have a great family here, which is incredible. Now I can kind of start thinking about winning a World Title. I think anything is possible. There’s a couple of events to go and I just want to keep giving it my best.”

Gabriel’s victory gave him a jump on the Jeep Leaderboard from 3rd to 2nd, and tightened the points gap between him and the current number one, Filipe Toledo. With this win the 2018 World Title race is ON for Gabriel.

“I was just praying, ‘God just give me one more, one more,’ and Owen (Wright) had to go on the first one, but if he didn’t I was going to go on that one,” Gabriel added. “I’m really happy right now, but I know Owen’s got the same feeling I had last year, which was horrible for me, but it’s competition and that’s why we love competing. I feel blessed to have been in the right spots at this event and now I’m going to enjoy this moment, then I’m focusing on the next event.”

Owen Wright’s runner-up finish today marks not only his best result ever in Tahiti, but also his best result of the 2018 season. To get to the Final against Gabriel he had to take on Filipe Toledo in the Semifinals, as well as Wade Carmichael in the Quarterfinals. It was no easy road, but the hard work paid off. Before Tahiti Owen sat at 11th on the Jeep Leaderboard – the result today now boosts him up to 6th.

“Losing to Gabby a sting, but it’s just nice to be back in the Final,” Owen said. “Right now, it’s a hard loss to take a second, but it’s been an incredible week. It all came down to those last few minutes. I made a wrong decision and I’m already feeling that deep burn and drive. I’m stoked for Gabby, well-deserved win for him after it got taken off him by Julian (Wilson) just last year. Congratulations to Gabby."